What’s three billion dollars between friends (and arch-rivals), right? Google will reportedly drop a cool $3bn into Apple‘s back pocket this year alone, one analyst firm has suggested, in return for being the default search engine on the iPhone, iPad, and other iOS hardware. Although unconfirmed by either company, it’s an indication of just how valuable mobile users are, and how much importance Google places on its role there despite considerable mindshare.

The search engine iOS is preset to out of the box is no casual decision for Apple. Indeed, its become a lucrative cash-cow in its own right, delivering income to the company’s Services division for a minimum of programming effort. On the flip side, it’s become something of a battleground for search providers aiming to get a foot in the door with iPhone and iPad owners.

According to analyst firm Bernstein, that battleground is going to cost Google significantly this year. “Court documents indicate that Google paid Apple $1B in 2014,” analyst A.M. Sacconaghi Jr. wrote in a memo to investors acquired by CNBC, “and we estimate that total Google payments to Apple in FY 17 may approach $3B.” The analyst also points out that such payments are effectively nothing but profit for Apple.

Google has long been the search engine of choice on iOS, though it’s had to fight to keep that spot. Back in 2014, Yahoo was said to be courting Apple to seize the setting away from Google, though that failed to pan out. The year before, rumors suggested Apple and Yahoo were working on other integrations within iOS, though questions around Microsoft’s Bing powering Yahoo services like search did prompt some questions about the likelihood of a deal. 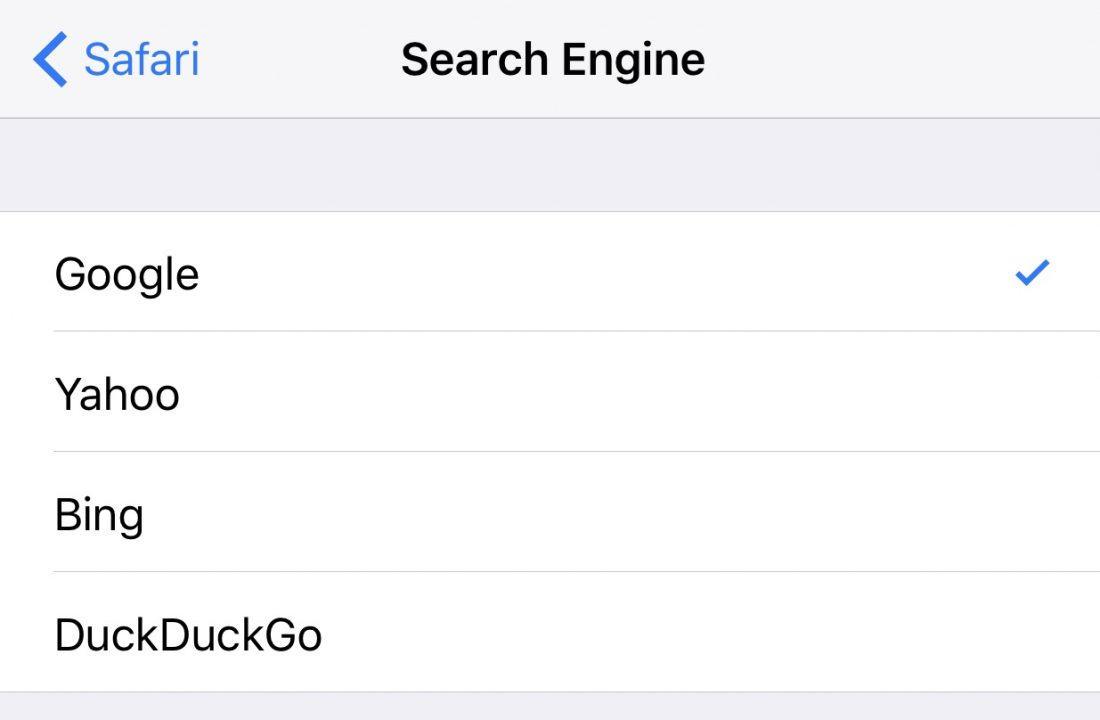 Of course, iPhone and iPad users are at liberty to change the search engine their device uses if they so desire. In North America, iOS has four options to choose between: Google, Yahoo, Bing, and privacy-focused alternative DuckDuckGo. How many people actually go to the effort of making that change is unclear, however.

According to Bernstein, it’s possible that Google could decide that its footprint in mobile search is significant enough that it cedes the default position and saves itself a few billion each year. That’s no small degree of risk, mind. As we saw with Google Maps and Apple Maps, there’s a huge advantage to being the de-facto app that iOS opens, even when many prefer the services that a rival offers. Back in 2015, Apple said that its mapping software was used more than three times as often as Google’s, at least on iPhones and iPads.