Today we’re looking at what’s likely an internal testing device made by Apple for the near-future release of AR/VR experiences aplenty. This isn’t the first we’ve seen of this sort of hardware – it’s not particularly unlike hardware used by HTC and Oculus/Facebook for their own VR headsets. This new leaked look at Apple hardware is almost certainly meant for internal testing only, as it has a certain… unrefined sort of look.

We can glean several things from this hardware leaked by MacRumors today. This controller has a hole near the bottom of its visible topside. This hole is quite likely in place to allow a microphone to listen in for commands from the user. In other words, that hole is there for Siri.

This is not the first time it’s been reported that Apple’s using controller hardware of this sort. A report from back in November of 2017 suggested that Apple was testing AR/VR with HTC VIVE hardware. That report also took a stab at the possibility that Apple’s AR/VR efforts would be live in-effect by 2019.

It’s also been reported more than once that Apple’s tests over the last few years have been more like HTC VIVE than they were like Google Glass. Here in 2020, it’s entirely possible Apple’s gone back to a more-like-Glass sort of situation. Patents from Apple from the past half-decade have shown similar designs. 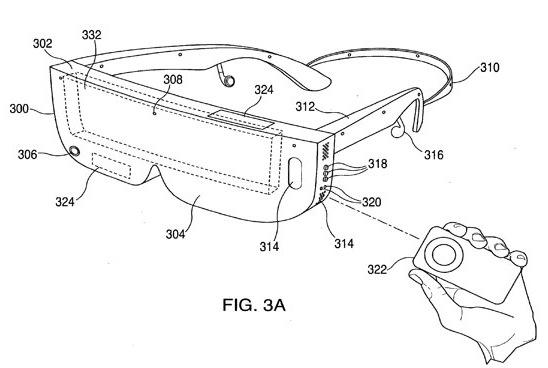 A report in November of 2019 gave a bit of a roadmap for the rolling out of Apple AR/VR products. It was in that report that it seemed the year 2020 was on the books for an Apple VR headset. The follow-up to that headset would be a pair of AR glasses that’d arrive in the year 2023.

Given the way the world has changed in the last week and a half, anything is possible. Apple could release a VR headset later this year – but it’s more likely they’ve pushed efforts back by months, if not years, thanks in part to COVID-19 and the fallout.