Apple’s first AR/VR product is shaping up to be more like HTC VIVE Pro than Google Glass, and that’s probably a good thing in the long run. If the latest leaks are true, the Cupertino company’s first steps into augmented reality and virtual reality hardware will be a more streamlined version of the tethered experience slowly gaining traction among gamers. That may be less exciting than sci-fi style AR eyeglasses, but it’s certainly more sensible.

As with any Apple rumor, there’s been no shortage of speculation about the company’s potential plans for AR and VR. Also typical is the fact that this speculation has snowballed into increasingly outlandish expectations. Many of which simply aren’t ready for technological prime-time.

For some, the idea of Apple smart glasses brings to mind a fully self-contained set of eyewear with transparent displays and a virtual iOS interface floating in your field of view. Ray-Bans, by way of Jony Ive. Yet for all Apple’s technological talents, even after just a couple of years more development it seems unlikely it would be able to deliver something like that commercially.

You’d need to nail the displays for a start, and transparent screens are still in their relative infancy. Then you’d need to power the whole thing, no small issue if you’re trying to make a self-contained set of smart glasses without a wired tether to a smartphone or other driving device. Finally, you’d need a battery potent enough to keep the whole thing running not only for more than a couple of hours at a time showing notifications, as was pretty much all Google Glass managed to achieve, but when delivering the sort of ARKit applications we’ve seen proliferate on the iPhone.

Certainly, there are companies working on each aspect of that. Apple itself is known to be developing its own MicroLED displays, smaller, thinner, and less power-hungry than OLED or LCD but also higher-resolution. Its in-house chip development is almost at the tipping point of expanding to Mac, after proving its worth inside iPhone and iPad. More flexible, atypically-shaped batteries are squeezing increasing amounts of milliamps into what chassis space is left over at the end.

That’s all some way away from commercialization, though. Yet, while Apple isn’t averse to biding its time and only pouncing into a new market when it believes the moment is ripe for disruption, it can’t afford to stand back from augmented and virtual reality until “true” smart glasses are ready. Instead, it takes another route.

By shaking up the fledgling segment currently occupied by devices like HTC VIVE Pro and Oculus Rift, it bypasses some of the major headaches a fully mobile AR wearable would face. If you’re dealing with roaming around a room, rather than the world at large, you can put your processing power into a standalone device nearby. High-speed wireless technologies like WiGig have been chomping at the bit to cut the cord of tethered VR headsets for the past couple of years now.

That leaves you with finding sufficiently high resolution panels for the headset itself, and the battery to drive them. It’s not exactly easy, but it’s definitely more straightforward than trying to recreate somebody’s favorite Warby Parker frames with transparent OLED instead of prescription lenses.

Give them dev-tools, and they will come

It also serves as an onramp for developers, who will be vital for whatever AR/VR wearable from Apple is on the roadmap. ARKit is already being embraced by many on iPhone and iPad, but there won’t be anything quite like a full Apple headset to get app-makers up and running with the potential the new system will bring. Developers, too, are traditionally more accommodating when it comes to absorbing higher outlays for cutting-edge hardware: look, for example of that in the segment, to Microsoft’s HoloLens or the Meta headset. 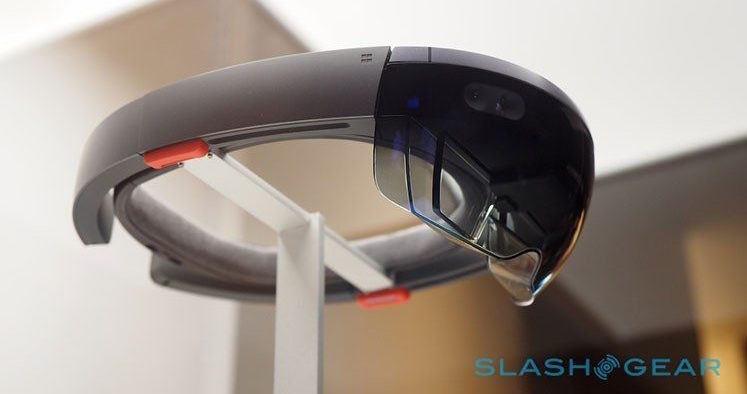 For those hoping for a pair of Apple eyeglasses in 2020, untethered and floating their apps-of-choice around them as they walk between the office and Starbucks, it’ll undoubtedly come as something of a disappointment. Yet for Apple to even try to deliver such an “authentic” smart glasses vision seems like an obvious route to disappointment. The hardware simply isn’t there yet; the software hasn’t had time to mature.

We saw what happened when Google tried to leapfrog the state of the art with Glass. Not only was the headset mocked into discontinuation, it arguably set back the head-worn wearable segment as a whole considerably.

Here’s what I think will go down…

I’d love for Apple to surprise us all. An iPhone-esque unveil of a sleek pair of glasses that brings your digital world to the bridge of your nose would be astonishing, not to mention groundbreaking. With what I know of the various industries working on each aspect of such a product, though, I don’t think it’s unduly skeptical to suggest that’s still more than just a couple of years out.

Instead, I’m expecting Apple to pave the way to such a product. To get developers used to whatever custom chipsets the company has created with AR and VR in mind; to begin to proliferate short-range, high-speed wireless interconnects like WiGig that will eventually allow for distributed computing between the iPhone in your pocket, the headset on your face, and whatever Mac terminal or display you might come across on your travels. And to motivate developers into building the killer apps that will make such products must-haves. If Google Glass was a cautionary tale, it’s one I suspect Apple has taken to heart.