This year Google has been tipped to be releasing two separate software environments that very well may be one in the same service when push comes to shove: Android@Home and Android 5.0 Jelly Bean. The data we’ve got suggests that Android@Home will be coming to fruition in one way or another this spring or early summer, while it appears that the rumor mills are continuing to run hot with the idea that Android’s next version, version 5.0 as it may end up being, will be coming out this spring as well. Will the two releases coincide, or are they straight up one in the same? Let’s have a peek at the clues.

The first we heard of the idea that the next version of Android after Ice Cream Sandwich, aka Android 4.0, would be Jelly Bean, it was all the way back in September of 2011 and the news was sparse. So sparse, in fact, that there were no details at all, this leading us to believe that perhaps the whole thing was a guess based on the idea that each big version upgrade of Android has a tasty treat associated with it – Honeycomb, FroYo, and the like, with “J” coming up next with, what else, Jelly Bean. 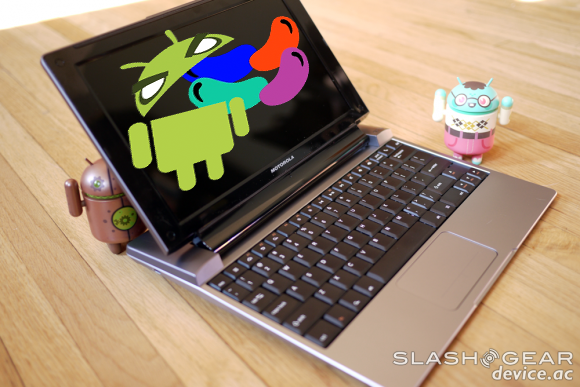 Next, and much more recently, there was a tip that this so-called upgrade to the next level of Android would again still be called Jelly Bean, would be Android 5.0, and would be released in the second quarter of 2012. Right on top of this tip came word that Android 5.0 Jelly Bean would have a service not unlike what Motorola has had for over a year now: desktop mode. This leads us to believe that there’s something more to this upgrade than just a bunch of bug fixes and some multitasking bumps. Fast forward to today and there’s a slightly less likely reality in the mix with Ubuntu coming to the basic build of Android – more likely is the idea that just a few carriers or manufacturers will try it out for their own desktop mode for docking Android. 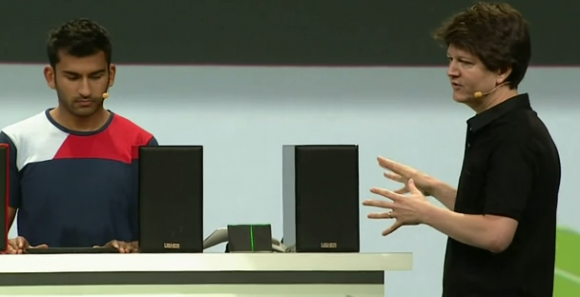 Now take a look at our gigantic SlashGear 101 guide for Android@Home. And tell me you can’t see how this could be related to a new software build of Android, one that could very easily have been code-named Jelly Bean internally. If I might be so bold, it seems too coincidental that these rumors and tips are all falling at the same time. The only thing up for debate here is the naming behind the software. What will Google’s next big move be with Android? Jelly Beans @Home, of course!