Ubuntu comes to Android for a full desktop experience

Canonical has finally brought Ubuntu to the mobile world, and not as a tiny mobile OS for use on a 4-inch display – no – for desktop use FROM that mobile device. What Ubuntu is doing here is sitting on an Android device (they used a Motorola Atrix 2 for testing purposes, ironically enough*) which reveals the software only when the device is plugged into a large display with its HDMI port. This build works as a virtualized environment as an app in Android 2.3 Gingerbread AOSP build at the kernel level.

*The reason this should strike you as odd is that Motorola has been the only group thus far to present a similar bit of functionality for Android, their own Webtop interface popping up whenever you plug in a Motorola smartphone from the past year. This Ubuntu build is not its own operating system, and Canonical has no plans to create any hardware surrounding the system it’s presented this week. Instead you’ll be getting what’s very much a desktop experience run straight from your smartphone to a larger display, it having windows and everything, running all the applications you’re used to running on your smartphone. 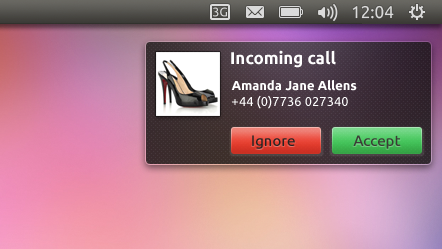 You can still get emails, text messages, and the like, but here you’ve got the added awesomeness of being able to have more than one application open at once on the same screen along with Ubuntu’s simplicity in operating. The requirements for this system to be working are at least a dual-core chipset, at least 512MB of memory, and at the moment it appears that Canonical is focusing on ARM-based chips. 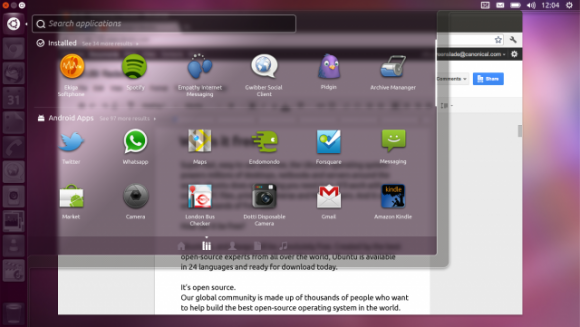 Canonical has also been vocal about how this release will not be open source as Ubuntu is otherwise, instead this being an application that will be coming pre-installed on devices in what they hope is the near future. Canonical will be working with manufacturers and/or carriers to get this app working on future handsets for HDMI use. Hopefully we’ll see this action in the first half of 2012, and perhaps we’ll have some competition from Google’s own Jellybean system.