This machine works with Chrome OS. That’s the same operating system you’ll see on a wide variety of Chromebook and Chromebox devices – and now on Chrome HDMI-sticks as well. The Acer Chromebase works with a 21.5-inch 1080p full HD display with touch capabilities as well. That’s 10-point touch, so you can touch all sorts of different things at once.

This device is VESA-compliant so you can mount it to a VESA-compliant stand, bracket, or wall mount. You’ll also have a standard stand-up arrangement in the box along with two 3W speakers built in to the main device body. 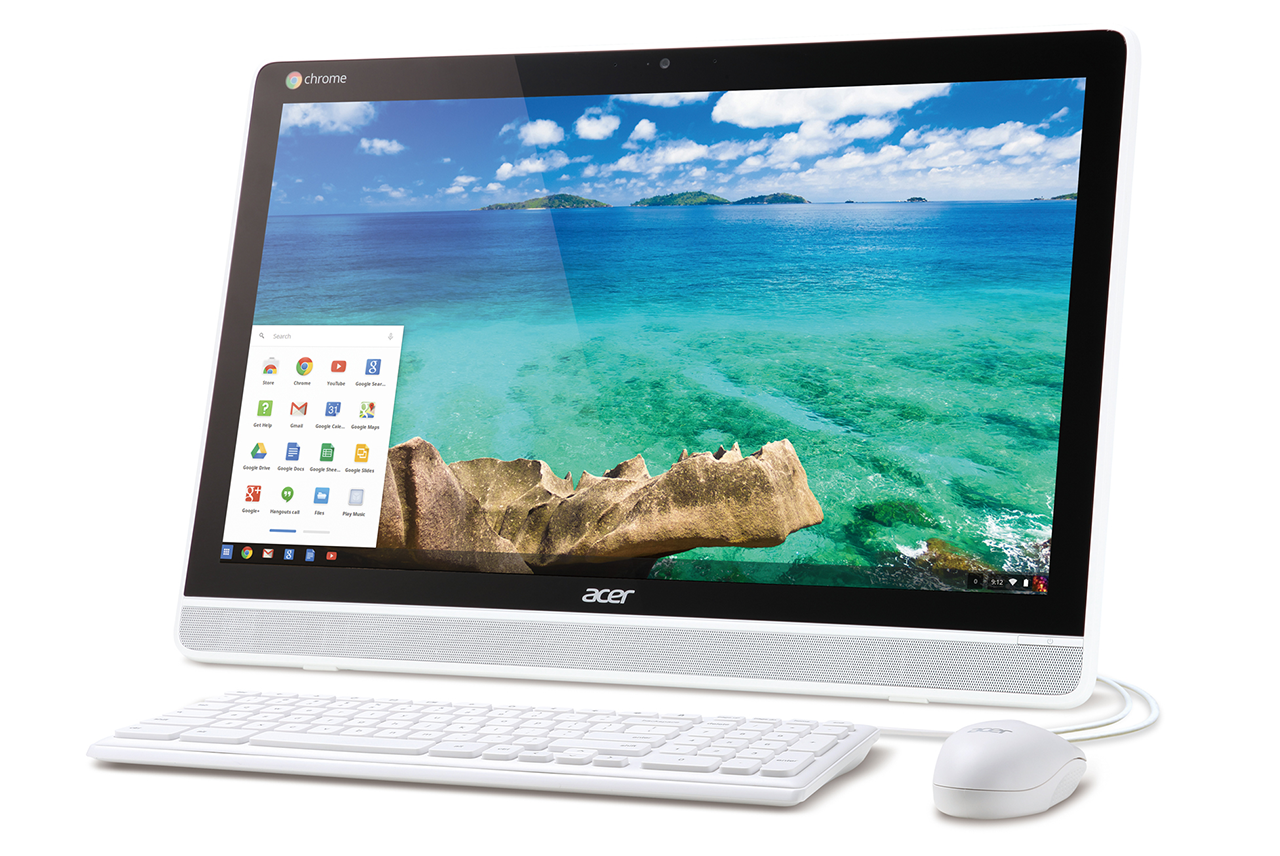 This machine is powered by an NVIDIA Tegra K1 quad-core processor, and Acer suggests it’ll boot up in 10 seconds.

Starting in the second quarter of 2015 – the quarter we’re in, that is – this Chromebase will be available in North American and Asia Pacific markets. Pricing is not yet confirmed – incoming soon.