HTC, so the rumor machine goes, is readying its first smartwatches, at least one of which is said to pipe Google Now directly to the wrist. If you’re going to build a smartwatch, and you’re anywhere close to being committed to Android, I’d argue Google Now is a pretty solid place to start. It certainly satisfies one of the key metrics I tend to judge wearables by: it “gets” context.

For those unfamiliar, Google Now is Google’s contextual engine, trying to parse through our increasingly complex digital lives and sift out the important parts so that you don’t have to go hunting for them. Initially launched on Android, then spreading to iOS as part of the Google app, and most recently Chrome as a sidebar addition, Now represents the “new way” of Google’s thinking, where the company is not afraid to place a bet on what exactly users are looking for.

That’s what makes Google Now special, its contextual awareness. Rather than treating a smartphone as a portable window onto the regular cloud, Now picks out the timely parts – upcoming flights or appointments, maybe – and pushes them to you, combined with just the right amount of relevant information, such as which gate you’re boarding at or what the traffic is like between here and your meeting. 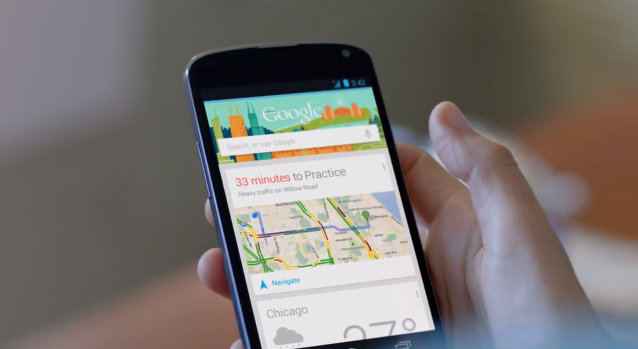 As glanceable content for your wrist goes, that’s pretty compelling stuff. A smartwatch works best, in my opinion, not when it’s showing you everything your phone would be if you permanently had it in your hand, but when it’s filtering the cream: the most relevant, the most timely, the most interesting.

Actually doing that is a whole lot tougher than, say, showing you the sender and subject line of every new email, or replicating SMS notifications on an e-paper display. For a start it requires a more than solid grasp of how data works together, and the systems to actually do that parsing.

Google has a head start there, and Now is only one demonstration of that. The hands-free functionality and automatic mode-switching of the Moto X is another, something Google Venture’s Rich Miner has described as the next phase in smart mobile. “There’s a huge layer of information in [your current] context which could be used to make those devices and applications smarter” he said back at Mobilize in October.

We heard a similar message earlier in 2013 from Mattias Duarte, director of Android user experience, and responsible for helping shape the pared-back Glass interface based on what his team had learned from Google Now. Then, Duarte voiced his excitement for “the kind of bold, typographic version of Google that is confident about giving you an answer, and confident about giving you the big picture – very different from the old Google – that’s present in Glass.”

Of course, basing your wearables strategy on someone else’s code isn’t necessarily the best approach. Samsung is another company rumored to be bringing wearables to Mobile World Congress, though whereas its previous attempt – 2013’s Galaxy Gear – ran Android, the new range will rely on Samsung-led Tizen, so the chatter goes. 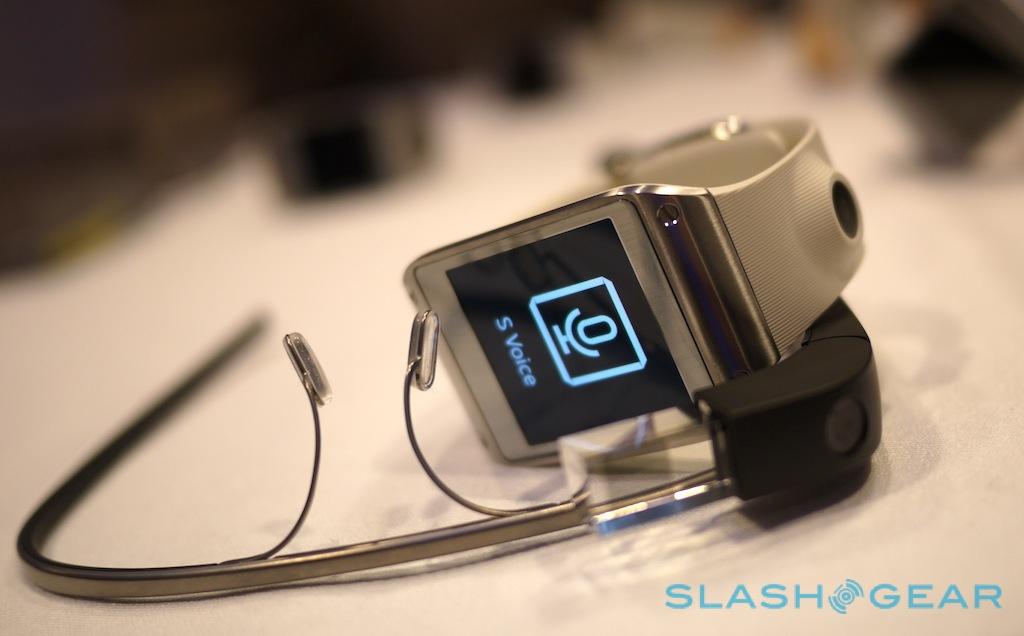 Samsung’s fear, so it’s believed, is that Google already plays too strong a role in its mobile destiny. Shifting to Tizen – something we’re also expecting to see in the low- and mid-range of Samsung smartphones as it reduces its dependence on Android – is an opportunity to further control its place in the market, where for many “Galaxy” is already synonymous with having an “Android” device.

HTC, though, lacks the cash to go it alone, and building on top of an existing system like Google Now makes a lot of sense when wearables are fast becoming table stakes in the mobile segment. You could argue that aesthetics have been just as significant an issue as functionality in smart wearables so far, too, but as the One series has shown, HTC is quite capable of making good looking, premium-feeling devices.

Whether the watch form-factor or the Glass-style headset eventually proliferates remains to be seen. Google has placed its current bet – at least by what we’ve seen publicly – on head-worn devices, something Google X director Mark Spitzer referred to this week during a wearables conference.

“if you take a certain amount of information that you want to show, the closer you can get the display to the eye, the smaller it can be” Spitzer pointed out. “So if ti’s a watch, on your wrist, you can’t get much information on it. But that same screen a few inches from your eye can give you a lot of information.”

However, the general consensus is that mainstream adoption of Glass-style technology is still some way out, and I’d argue that HTC needs a hit accessory – and an ecosystem, sorely missing what with its lack of a tablet – sooner rather than later.

Bringing Google Now to a smartwatch in a well-designed package that new wearables users wouldn’t find a turn-off aesthetically seems like it could be a good shortcut to achieving that. Even if it’s not HTC that does it, it seems only a matter of time before Google Now breaks out from the phone and from Glass and into other form-factors. That may have to wait until Google IO in late June to be revealed, however.