Bad Context: Why nobody, not even Apple, has done mobile right

Your smartphone is dumb. Mine is too. I’ve got an iPhone in my pocket, and a Galaxy S III, and an HTC One, and they’re all stupid. The BlackBerry Z10 in my bag is a clot, and the Lumia 920 isn’t just thick in the hand, it’s just plain thick. Today, on the fortieth birthday of the first cellphone call, the gadget that was supposed to liberate us has turned us into plagued, screen-tapping obsessives, in thrall to every buzz and bleep.

Before you say anything – though I understand you may instantly have raced to the comments section before you even reached the period in my first sentence, desperate to berate me – I’m not a luddite. I love smartphones; I like Android, iOS, Windows Phone, and even have a soft spot for BlackBerry 10 in places. I don’t leave the house without at least one phone in my pocket. It – and its ringing alarm – is the first thing I reach for in the morning; with the exception of the light switch it’s probably the last thing at night.

That devotion, or maybe obsession, doesn’t mean I’m blind to the limitations of what we have today, however. The modern smartphone is faster, lighter, runs longer, has more apps, sensors, radios, and gadgetry than any before it, but all that complexity has only served to pull us in closer, to enmesh us more with the digital world on its terms. 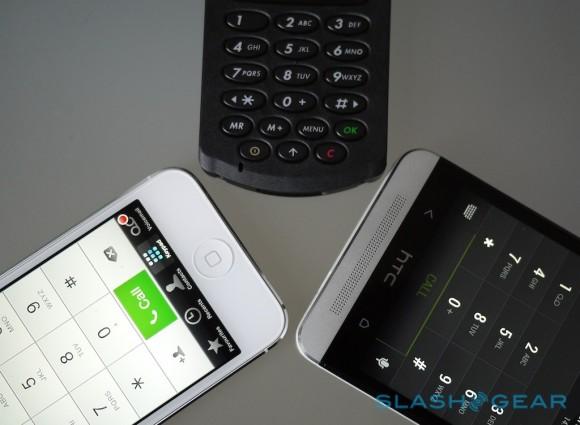 Your phone still, generally, demands you reach for it and proactively consult it. If it has something for you, it’ll beep to let you know, but it’ll generally do that on its own timescale. Many devices have a “do not disturb” mode, which blanks all (or all but the most important) notifications between certain periods, and some can “intelligently” manage alerts depending on what you’re doing at the time, though that tends to amount to little more than bashing calendar entries against the clock and keeping quiet when you’ve remembered to log a meeting taking place.

Beyond that, for all their sensors and smarts, most phones are pretty dumb in how they understand context. Right now, they’re portable terminals for the internet, for the most part: a smaller window than our regular browser, or one we view through the medium of function-specific apps. Much of the development we’ve seen from phone software and hardware over the past 3-5 years has been in translating the internet into something that fits onto a smartphone-scale screen.

And yet, our needs from a companion device are surely different from those we have of a regular computer. I don’t necessarily want every single piece of information out there delivered to the palm of my hand; I just want the right, most relevant information. You can find that on a phone, certainly, but for it to be a true companion it really should be one step ahead of what you need. Some emails, or IMs, or calls, are more important than others, but my phone beeps for all of them. Sometimes I don’t know what the most relevant information actually is, or that it’s even out there, and my digital wingman should be using everything it knows about me to fill in those gaps of its own accord.

That’s something all of the platforms fall down on, for the most part. Yes, iOS has Siri, and its clever digital personal assistant can certainly hook into your agenda, contacts, location, and other data to give better advice, but it only happens when you ask for it. BlackBerry is terribly excited about its “peek” system for better handling notifications on your own terms, but it still leaves you in the thrall of the beep and the blinking light. 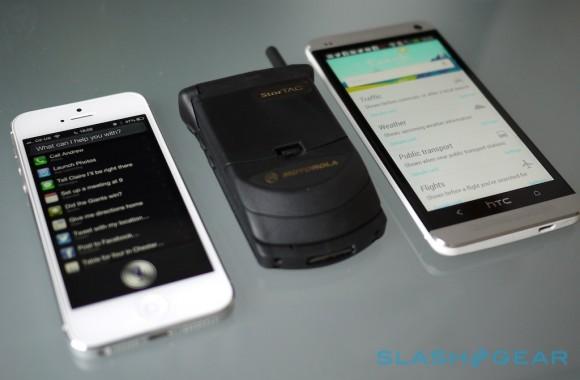 There are glimmers of a change ahead, though only faint. Google Now for the most part still waits for you to check its curated cards, showing nearby businesses and scenic spots, flight times and reminders of when you might need to leave to make your next appointment, but it does at least try to fumble some sort of contextual link between what you’re doing, where you’re doing it, and what you might be interested in knowing given those factors.

At least, that’s the theory. I gave Google Now a whole homescreen pane of its own to play with on the HTC One recently – the only widget Android offers takes up the entire page – and, in all the time I’ve been using the phone, I haven’t seen a single card pop up. I’ve played with all the settings to try to coax something more out of it, but it doesn’t seem particularly keen to talk to me.

I know Google has more ambitious plans. When I sat down with Mattias Duarte and talked about Now and how it essentially forms the basis of Google Glass, it was clear that the company sees its mobile strategy evolving from one where it gives all the possible answers, to giving more specific results based on greater confidence that it knows what you’re likely looking for. That makes perfect sense for a bleeding-edge wearable, but it’s also something the mass market needs to tame the gush through to our everyday phones.

Faster, lighter, just plain shinier phones aren’t enough now. Squeezing in another core, or adding a couple of extra megapixels, isn’t going to address the underlying issue: today’s “smartphone” is a small, relatively dumb computer, not smart at all. Certainly, there was a time – and it wasn’t long ago – when firms were making groundbreaking steps with each generation of device, pushing the boundaries of mobile tech. Revamping hardware has become the easy way out, however, and we need to stop letting companies off the hook for not tackling what have now become the new shortcomings. Sure, it won’t be as easy as slapping a bigger display on the front, but until the question of context is addressed, we’ll forever be ruled by our phones, not liberated.