So you remember that End of 50 Days letter the good fellas of LulzSec sent out yesterday? Turns out one of the files they leaked, the AT&T one to be exact, may well align some numbers to point to an AT&T 4G LTE release of both the iPhone 5 and the iPad 3, both of them in August or September of this year, 2011. Sounds pretty raw! What we’re seeing here is a bit of older news on how AT&T plans on rolling out tiered pricing for their upcoming LTE rollout. It’s the date of this proposed “migration” that has us double-looking.

Sound like enough details to you? Now note that this LulzSec leak of an AT&T document says that they’ll be aiming to have their LTE network up and running by August or September of 2011 with an iPad and iPhone “migration” slated to start at that same time. 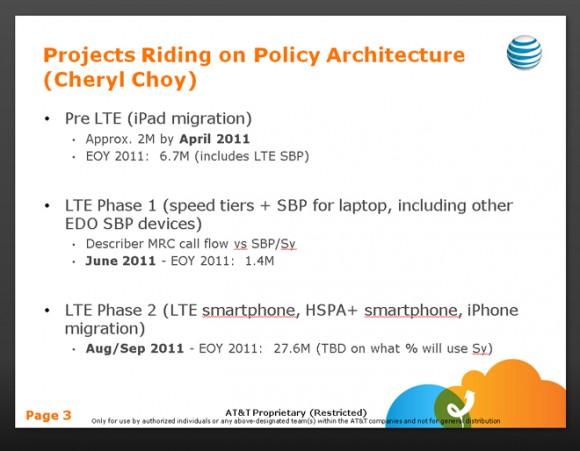 Also note: the iPhone and iPad you see in the image above comes from an industrial designer by the name of Roman Vladamir Sima – they are only conceptual and should be taken as such. The original letter sent out with this set of information can be found at LulzSecurity, and the torrent containing the file you see above plus about a billion more can be found past a couple of clicks on that same site.