The 2022 Porsche Cayenne Turbo GT is the exact vehicle that broke the production-SUV Nürburgring lap record. A few weeks ago, Porsche made headlines with its latest variant of the Cayenne Coupe Turbo. Back then, the still-unnamed production mule covered the entire 20.832-kilometer Nürburgring Nordschleife in a mind-blowing 7:42.253, nearly four seconds faster than the previous record set by the Audi RS Q8 two years ago.

So yeah, the 2022 Porsche Cayenne Turbo GT is arriving next year with genuine record-breaking credentials. As if going faster around the Nürburgring than any other SUV is not enough, it so happens the latest Cayenne Turbo GT also comes with the most powerful V8 engine ever produced by Porsche. 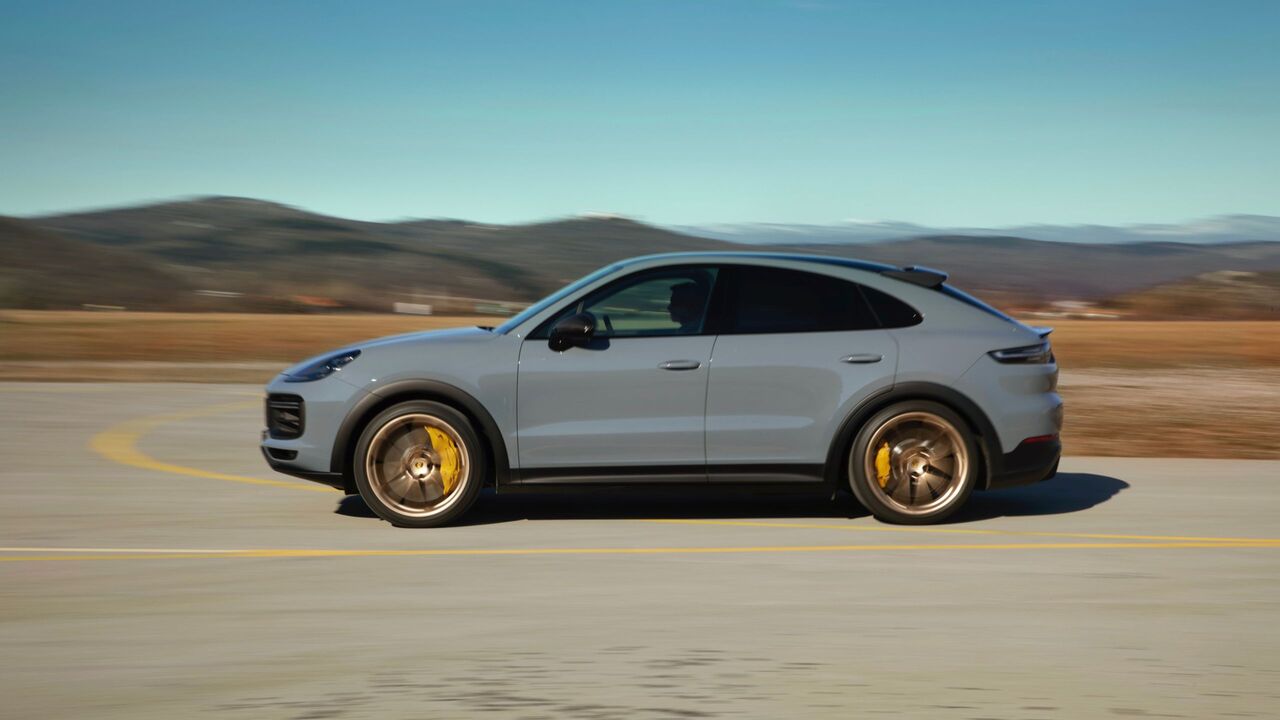 Porsche hinted at upwards of 600 horsepower during the record-breaking run and acceleration times of around 3.2-seconds from zero to 60 mph. Consider us baffled as those numbers are usually the domain of exotic supercars and uber-expensive hypercars.

As it turns out, the production-spec Cayenne GT Coupe’s 4.0-liter twin-turbocharged engine pumps out 631 horsepower and 626 pound-feet of torque, enough bravado to push the car from zero to 60 mph in 3.1-seconds, faster than we initially reported.

Besides that monumental twin-turbo V8 powerplant, the 2022 Porsche Cayenne Coupe Turbo GT has the bones to back up its propensity for speed. It rides 17 millimeters (0.67-inches) lower than a standard Cayenne Coupe, and it has a 15-percent more rigid three-chamber air suspension to deliver grippy handling. 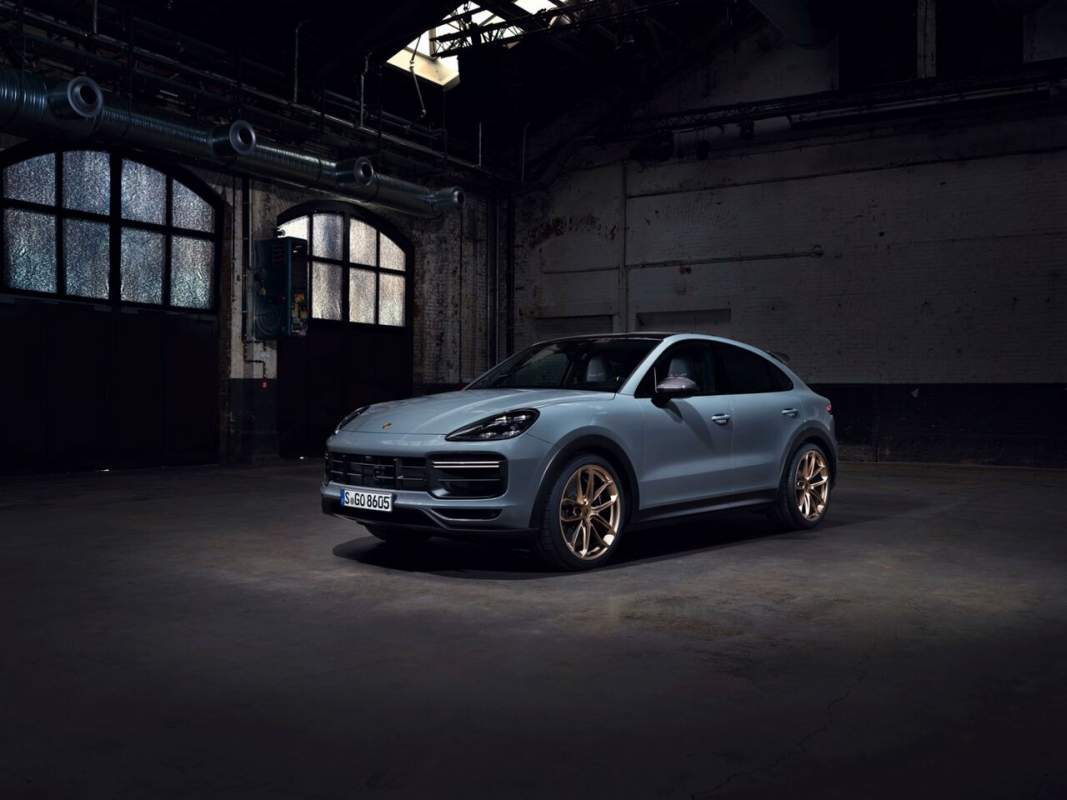 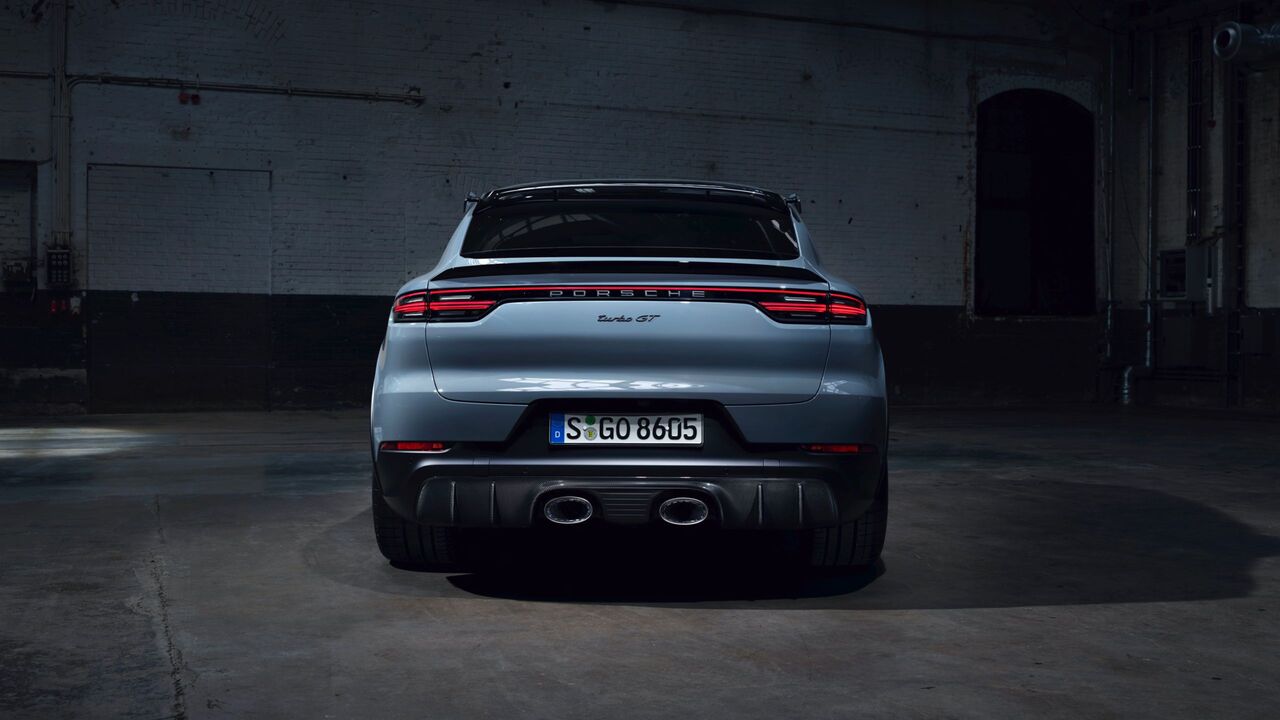 As expected, the 2022 Porsche Cayenne Turbo GT is brimming with carbon-fiber exterior bits. The roof, for instance, is carbon fiber, and so are the wheel arch extensions, the side plates on the roof spoiler, and the rear diffuser. 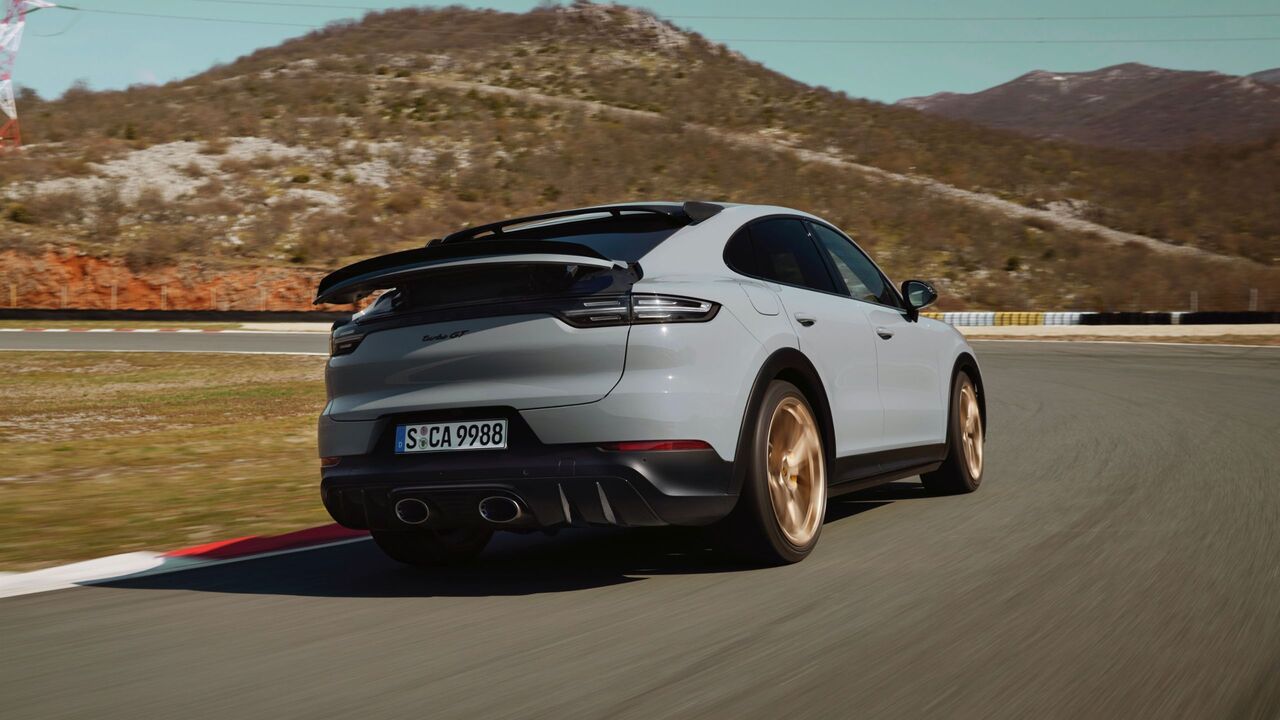 It also has an extending rear spoiler with a carbon fiber lip. Porsche said the new rear wing is 25m larger than in a standard Cayenne Coupe Turbo and increases downforce by up to 40 kilograms at full chat.

Thye 2022 Porsche Cayenne Turbo GT’s interior is a showcase of fine Alcantara. It has eight-way sports seats in the front and a pair of sports seats in the back, making the Turbo GT a strictly four-seater affair. Meanwhile, the standard multifunction steering wheel has a yellow 12 o’clock marking to commensurate the racing vibe. 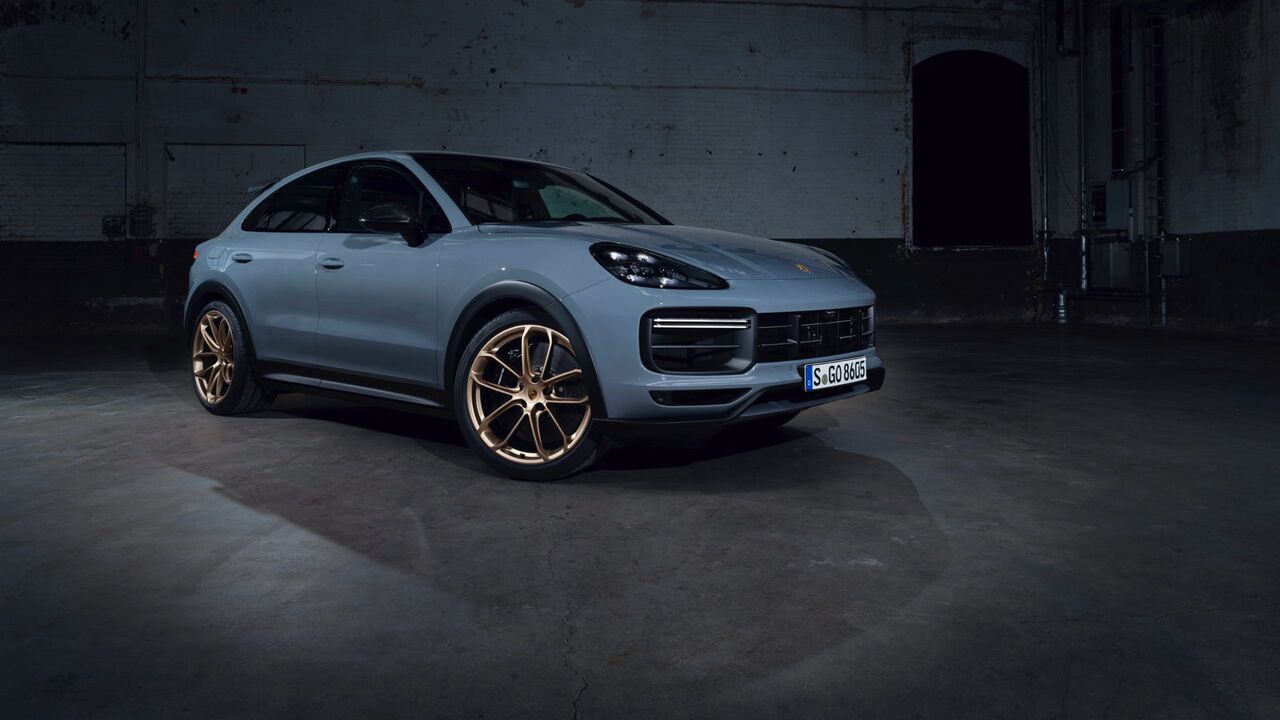 How much is the 2022 Porsche Cayenne Coupe Turbo GT?

We thought you’d never ask, but brace yourself: The 2022 Porsche Cayenne Coupe Turbo GT starts at $182,150. If you like the price, it’s available to order now at Porsche dealerships, with the first deliveries arriving in mid-September. 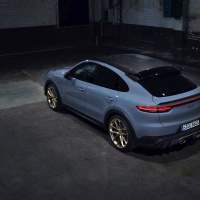 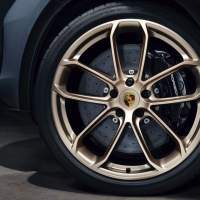 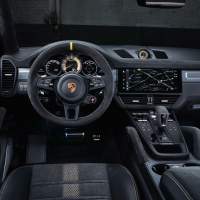 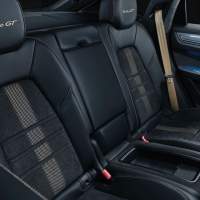 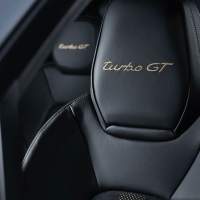 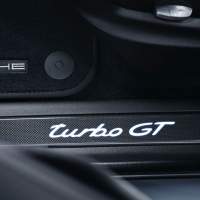 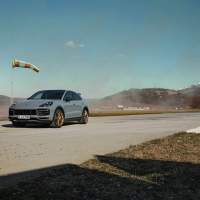 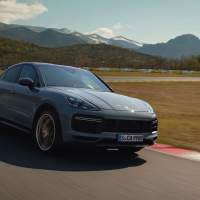 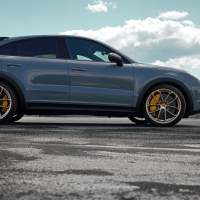 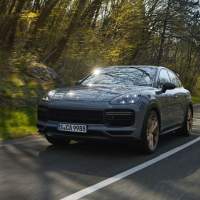