Porsche debuted the 2022 911 GT3 last February, but the German carmaker failed to disclose the entry price for its track-inspired, road-legal 911 sports car. But now, it’s finally been revealed. The 2022 Porsche 911 GT3 has base prices starting at $161,100 (not including $1,350 destination fees), and it costs significantly more than the outgoing GT3 model.

How much? It’s quite a lot. Considering last year’s GT3 had a $143,600 base price, the 2022 911 GT3 is around $17,000 more, equivalent to a brand-new Kia Soul or Kia Rio hatchback. However, Porsche threw in more tech and suspension upgrades to make up for it, and the list of mods will make hardcore Porschephiles swoon in delight. 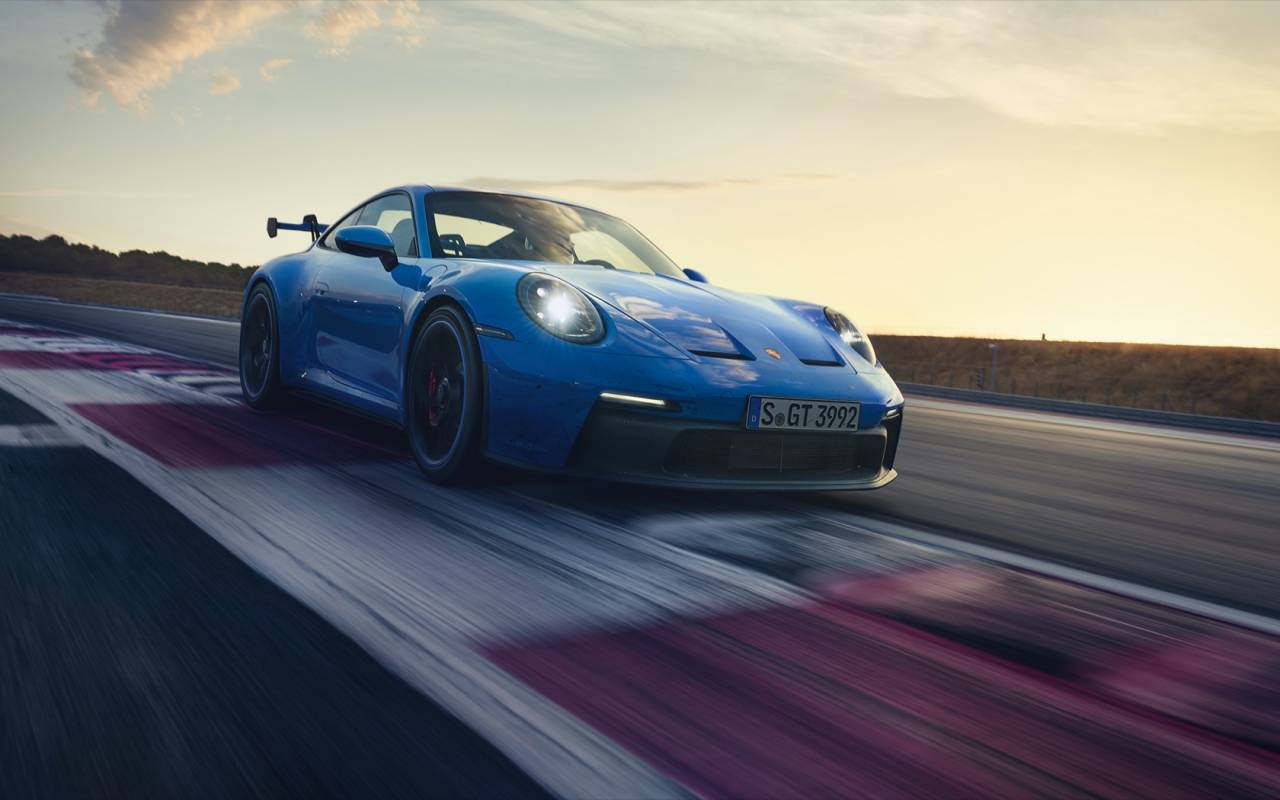 It starts with a naturally-aspirated 4.0-liter Boxer-six engine pumping out 502 horsepower, 346 pound-feet of torque, and a heady 9,000 rpm redline. Porsche claims this engine is technically identical to the Boxer-six in a 911 GT3 Cup racing car. It has six independent throttle bodies to improve throttle response, while dry-sump lubrication with a seven-stage suction management system protects the motor during sustained high-rpm operation. 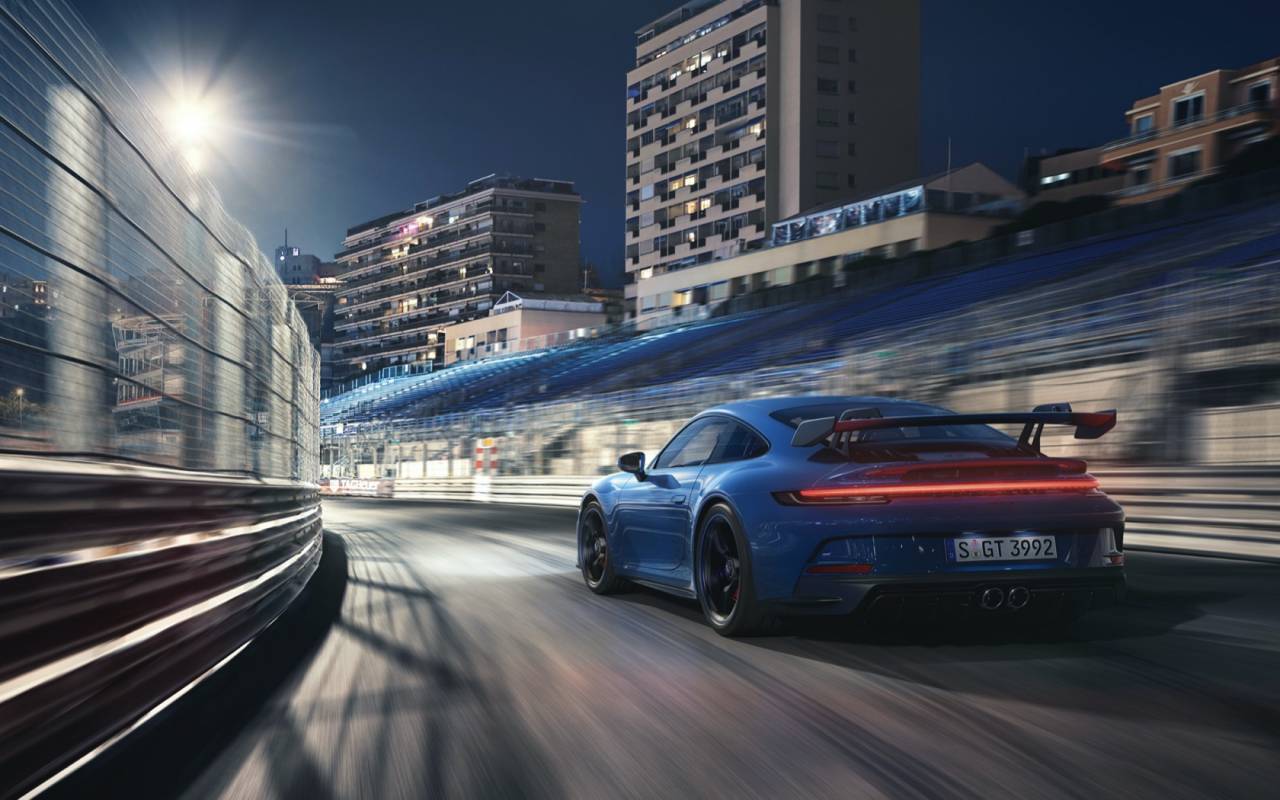 The standard gearbox is a seven-speed PDK dual-clutch automatic with paddle shifters, but you can ask nicely for the optional six-speed manual stick. No matter which you choose, power is sent exclusively to the rear wheels. The Porsche 911 GT3 goes from zero to 60 mph in 3.2-seconds with the PDK automatic, pretty quick for a road-legal sports car. Meanwhile, the top speed is 197 mph. 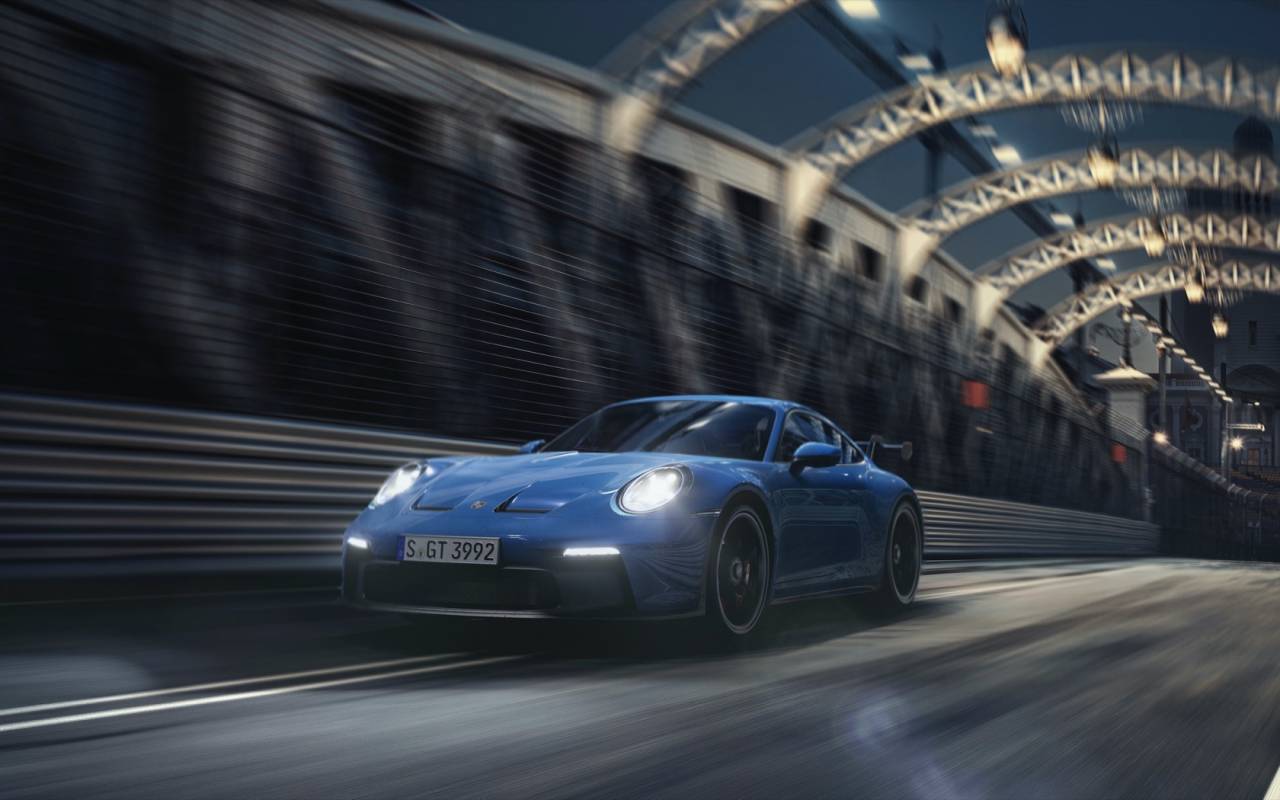 For its $161,100 base price, the Porsche 911 GT3 has carbon-fiber-reinforced plastic (CFRP) body panels and noise-insulated glass to reduce weight. It has bespoke aero appendages, including new side skirts, a larger rear diffuser, and a manually-adjustable, vintage-style swan-neck rear spoiler. 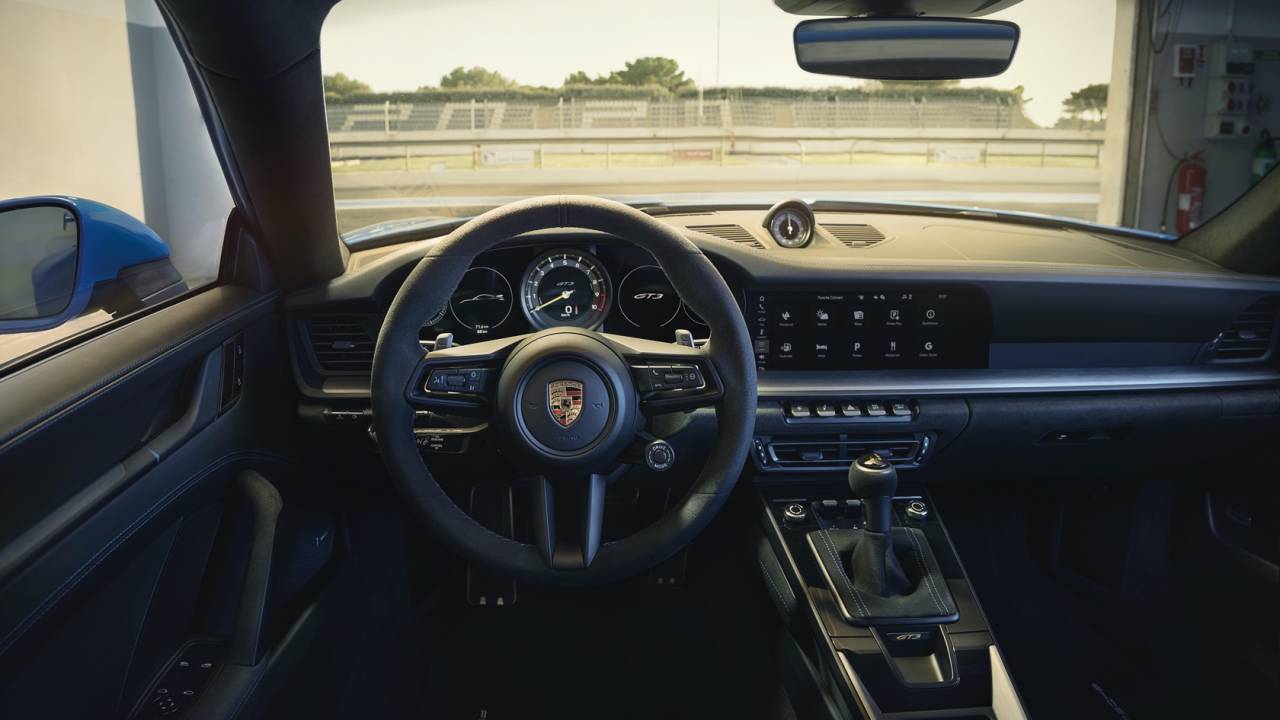 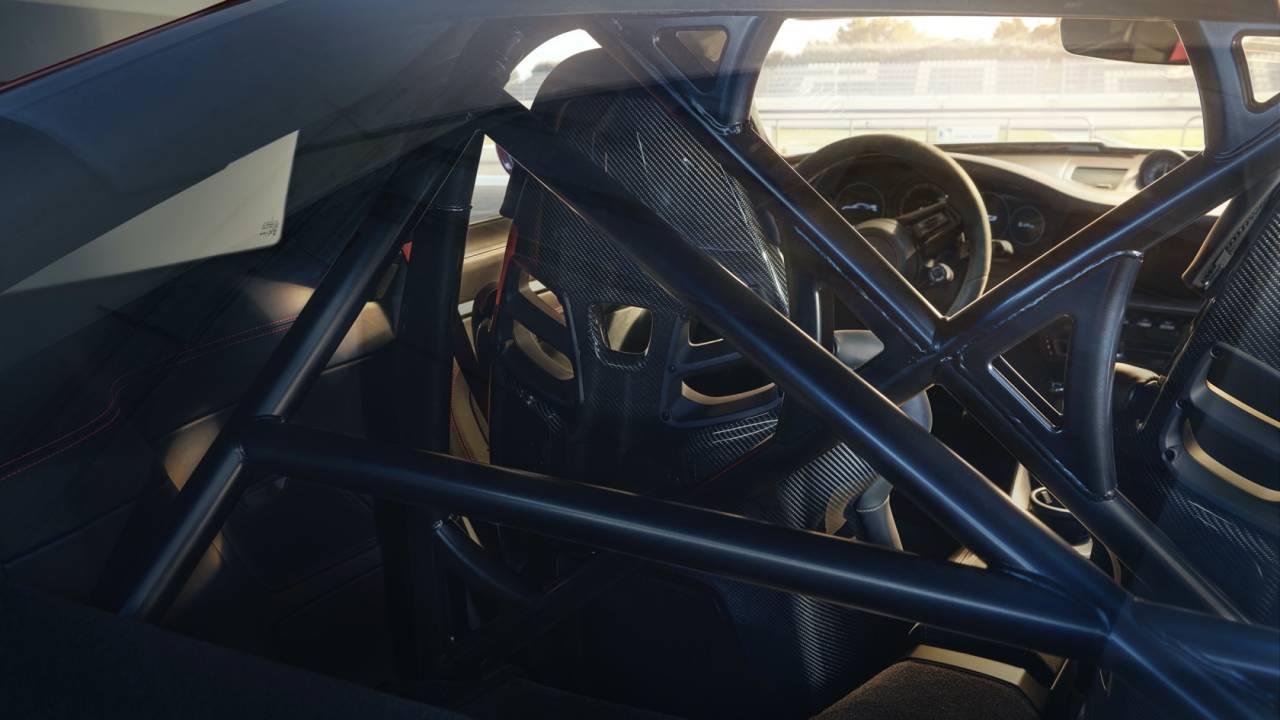 Underneath, the 200 Porsche 911 GT3 has a double-wishbone front axle (derived from the 911 GT3 Cup and 911 RSR) and multilink rear axle to offer sharper steering and niftier handling. Porsche ran the 2022 911 GT3 around the Nürburgring-Nordschleife, and it completed the 12.944-mile course in under seven minutes, 17 seconds faster than the outgoing car. 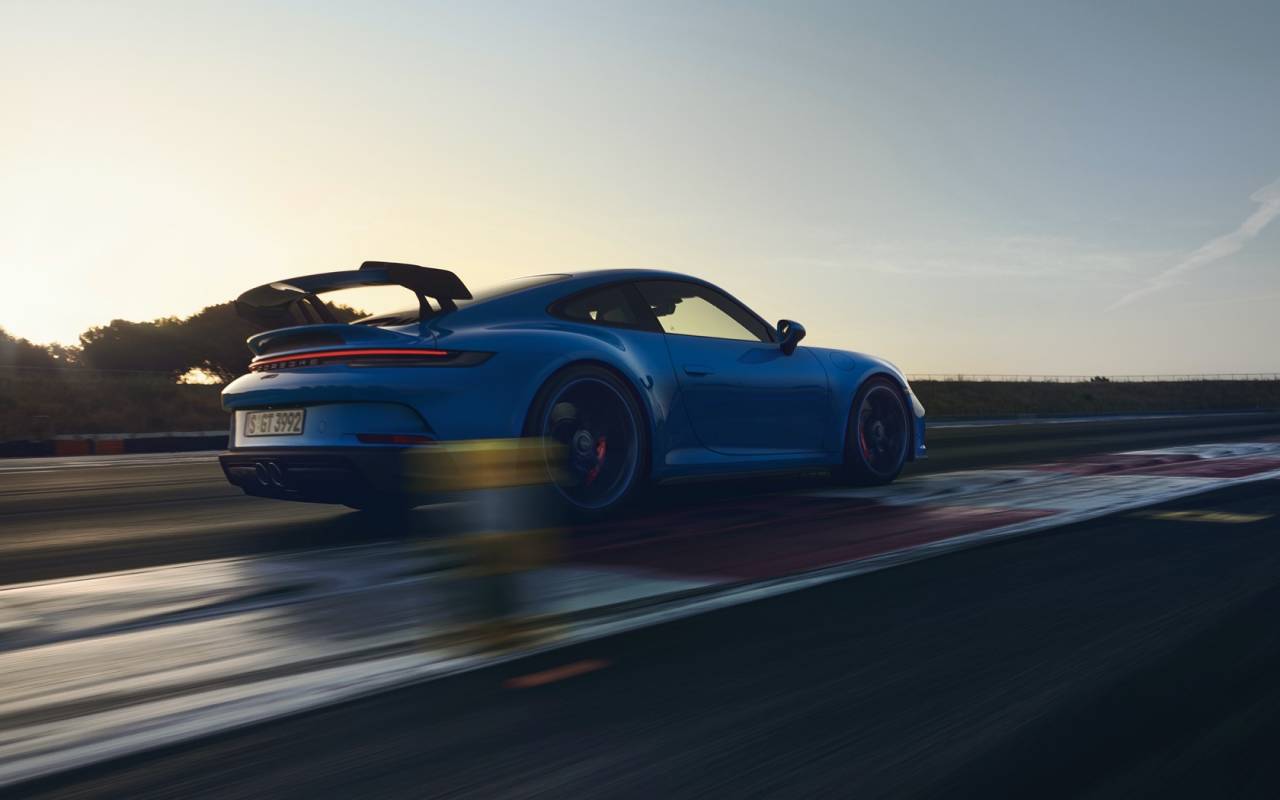 Inside, the newest 911 GT3 has a multifunction sport steering wheel with a drive mode switch, the first time in a GT3. It also has 18-way sport seats and a GT-specific track screen mode for the driver’s display. The 2022 Porsche 911 GT3 arrives at dealerships this fall.