German automaker Porsche has finally unveiled the production specs of its newest 2021 Porsche 911 GT3 Cup. The Cup version is the nastiest 992-series Porsche 911 to date, and it’s the first make-cup racer from Porsche to have a wider turbo-spec body.

“The 911 made history as the baseline model for the Carrera Cups and the Porsche Mobil 1 Supercup – no other racing car has found as many satisfied customers since 1990 as the 911,” said Michael Dreiser, Director Sales Porsche Motorsport. “The new 911 GT3 Cup will shape the face of our customer sport commitment around the world.” 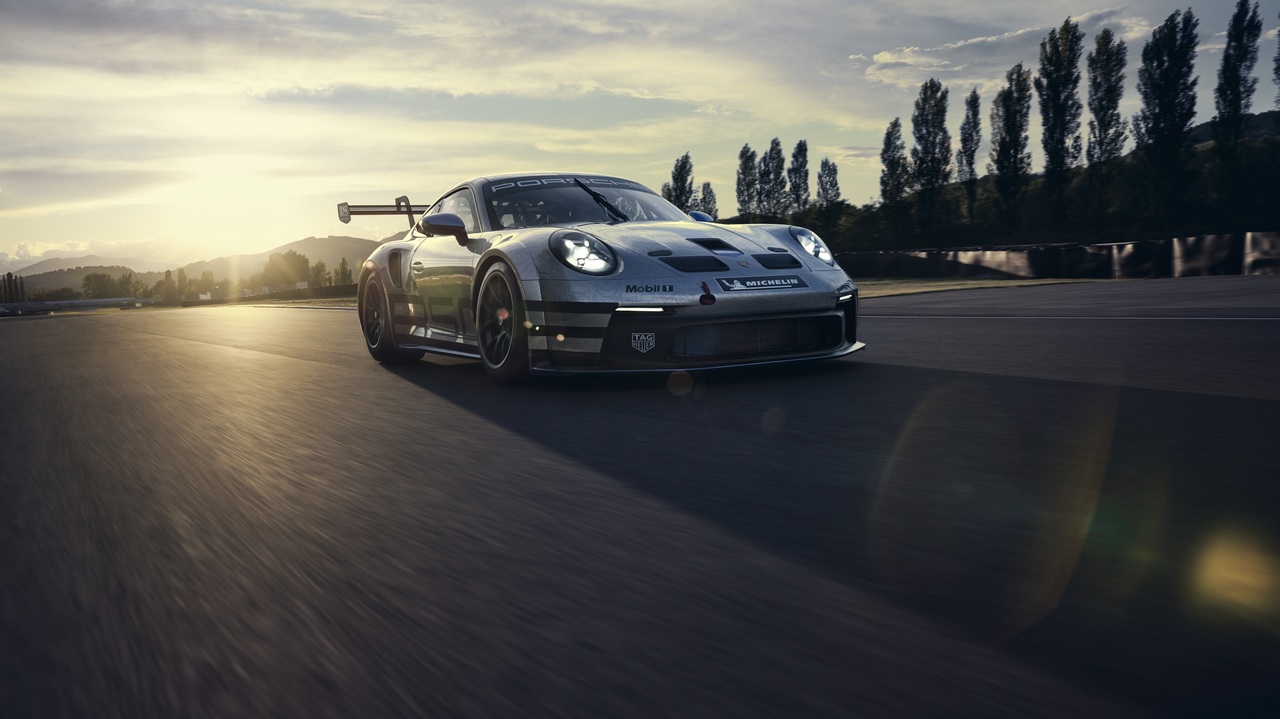 It all starts with a heavily-reworked, naturally-aspirated 4.0-liter flat-six engine, the same unit you’ll find in the 911 GT3, a tamer version of the GT3 Cup also arriving next year. This high-revving motor produces 510 horsepower – 25 more horses than its predecessor – and can run on synthetic fuels to drastically reduce CO2 emissions during harsh racing conditions.

According to Porsche, having 25 more horsepower translates to better lap times. The new GT3 Cup, with its more powerful engine and slippery aerodynamics, can improve lap times by at least one percent. In racing terms, one-percent (or a tenth of a second) is the difference between winning and losing, and the new 911 GT3 Cup is playing to win. 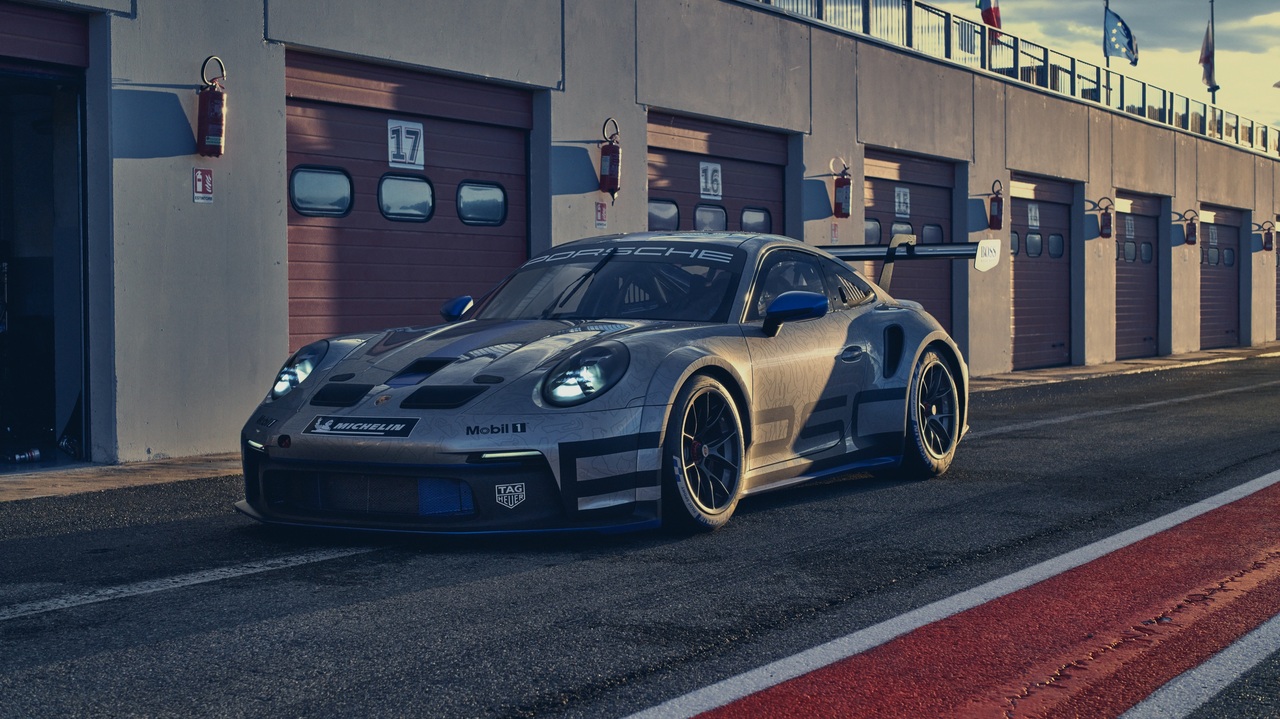 “We wanted to position the new 911 GT3 Cup even more as a professional racing car, while also making it more cost-effective for the teams to run,” said Jan Feldman, Project Manager, 911 GT3 Cup. “With its improved performance and the optimized cockpit, it’s the best Cup car that Porsche has ever built.”

The engine is mated to a six-speed sequential dog-type gearbox with a single-mass flywheel and a triple-plate sintered metal racing clutch. Faster gear changes are possible via a new servo-activated shift barrel, and the gearbox only needs minor inspection after 60 hours of arduous racing. On the other hand, the engine only needs maintenance after 100 hours of track time.

Having more power is a given, but we’re expecting the 911 GT3 Cup to shine the brightest in the handling and aero department. More than a striking design trait, those bulbous haunches allow for wider wheels to be fitted underneath. The new Porsche 911 GT3 Cup is 28 millimeters wider than its predecessor. Measuring a generous 1,920 millimeters at the front axle, there’s enough room to fit wider staggered wheels (12-inches front, 13-inches rear) and fatter, stickier, Michelin tires. 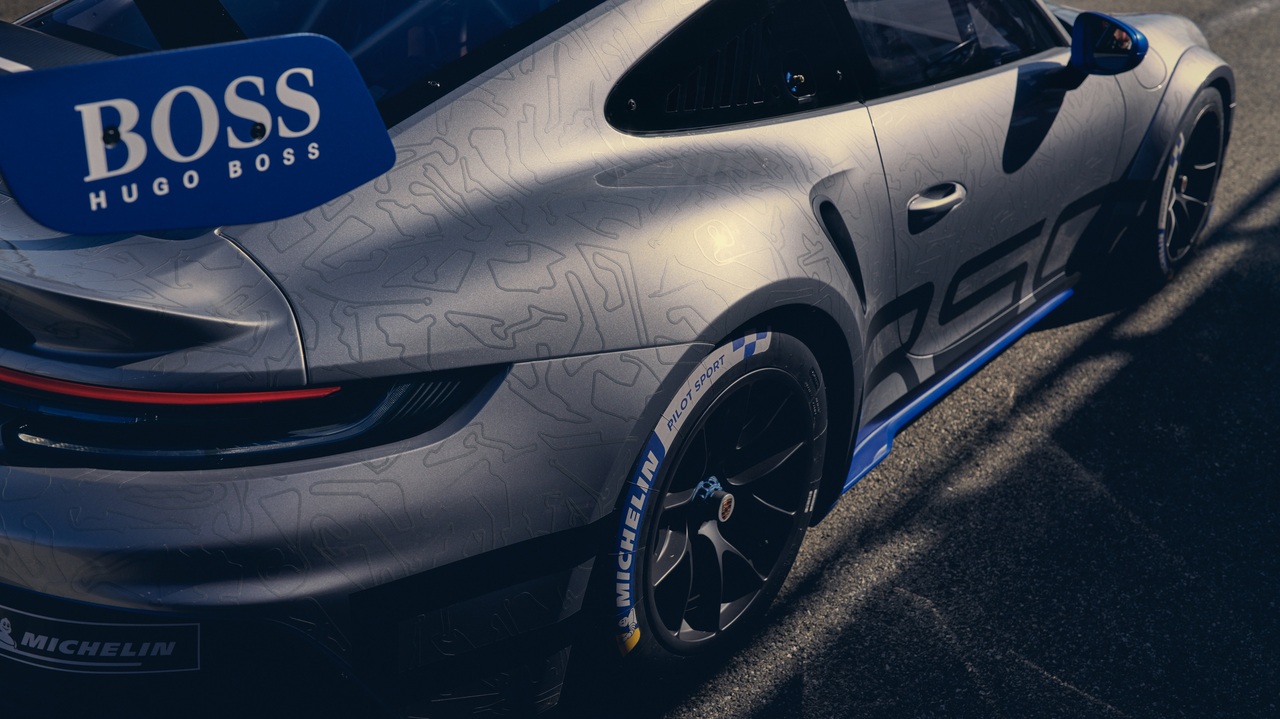 It not only looks great, but Porsche’s newest 911 GT3 Cup is ready to face the wind. It has a new front apron and lip spoiler to slice the air, while there’s an eleven-stage adjustable rear wing (with unique ‘swan neck’ mounting to ensure uninterrupted airflow underneath the wing) to push the rear towards the ground.

Meanwhile, the front suspension is similar to Porsche’s 911 RSR racing car – double wishbones with Uniball bearings – while the rear axle remains unchanged from a standard 911. With this design, the dampers are not exposed to lateral forces (only axial forces), said Porsche, and provides niftier handling and sharper steering. 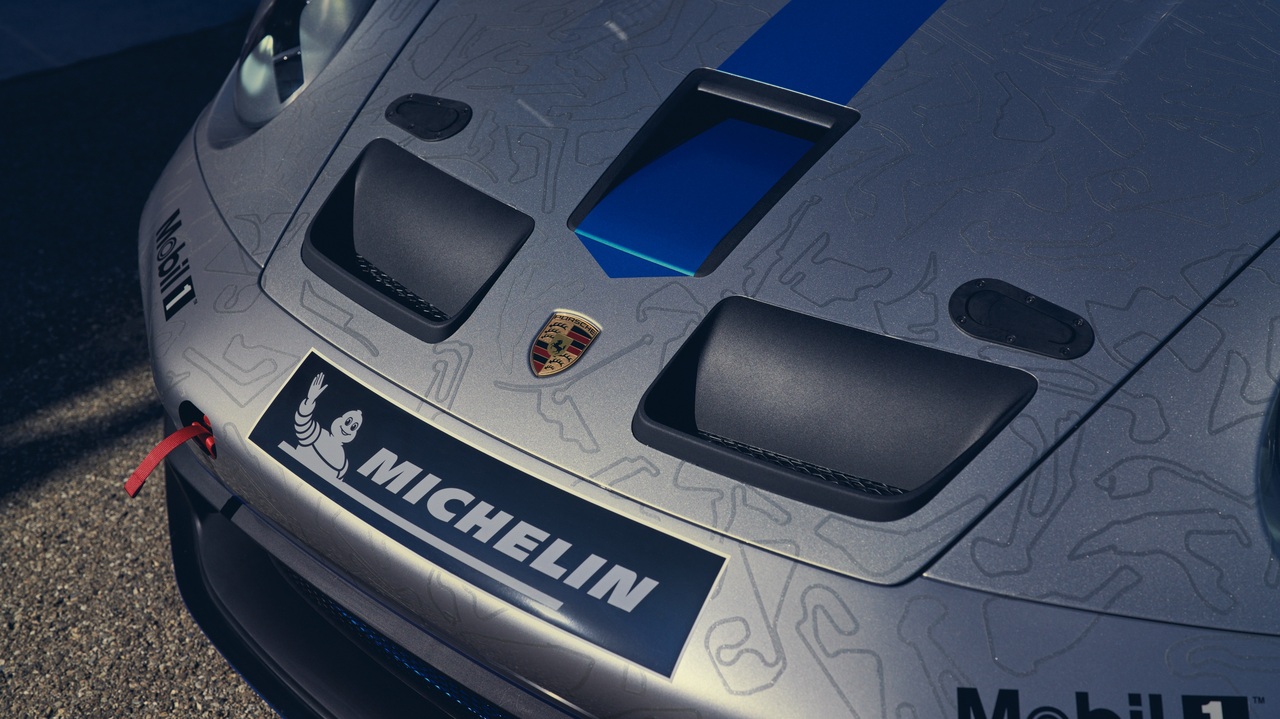 The suspension dampers feature similar valving technology from Porsche’s 919 Hybrid and 911 RSR, eliminating the need for cumbersome hydraulic pumps and hydraulic lines. Coupled with a 70-percent steel and a 30-percent aluminum body; carbon-fiber-reinforced plastic (CERP) hood, doors, and rear wing; and lightweight polycarbonate windows, the newest 911 GT3 Cup can handle and go like the proverbial stink.

Porsche pays attention to its pilots, too, and the 911 GT3 Cup obliges with a two-stage height-adjustable racing seat, an adjustable steering column, and an open-top carbon-fiber steering wheel with illuminated buttons. 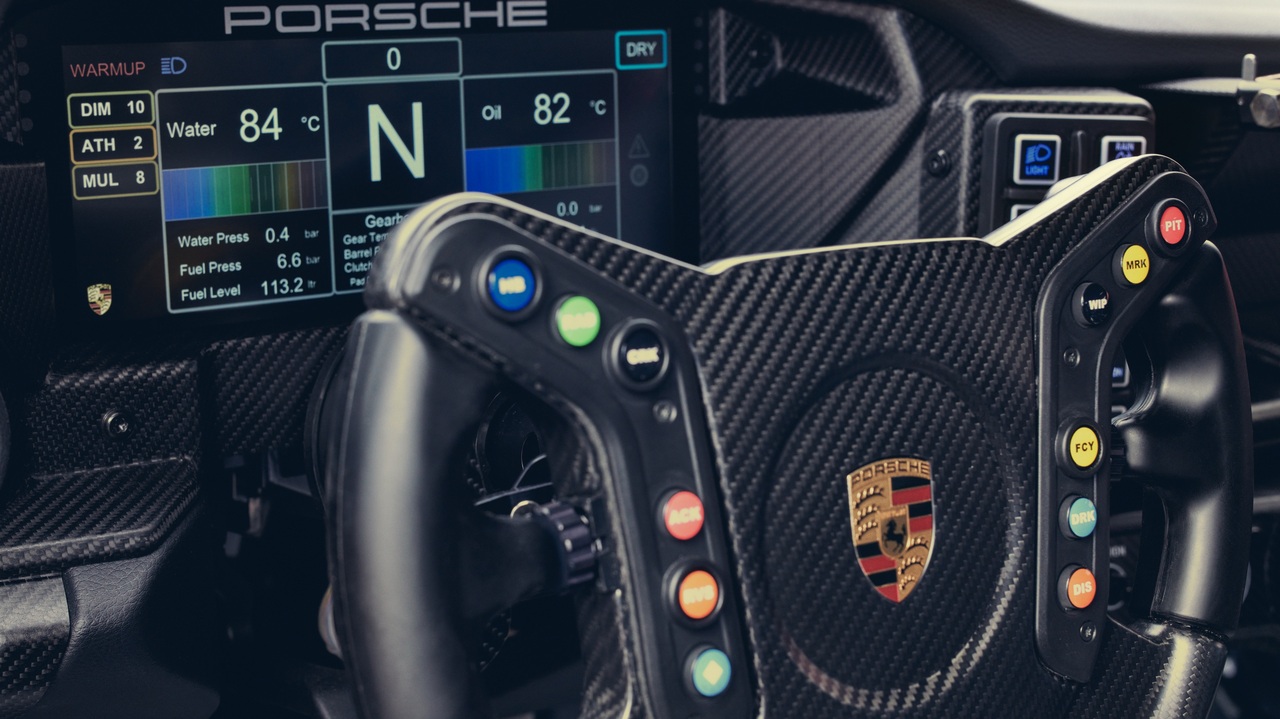 The driver gets to play with Porsche’s Rubber Switch Panel (RSP), an innovation lifted directly from the 919 Hybrid. The new panel now has a rotary switch knob to adjust the brake balance. There’s also a 10.3-inch instrument panel to display racing data and powertrain information.

The new Porsche 911 GT3 Cup also has special brake calipers (enabling faster brake pad changes between pit stops), quick-release door openers, and a complete accessory kit with all the tools you need for a weekend of enjoyable racing. Pricing remains forthcoming, but we’re expecting the 911 GT3 Cup to start upwards of $200,000. 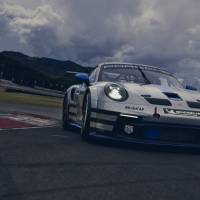 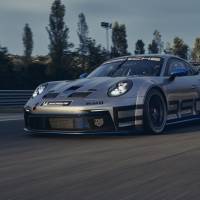 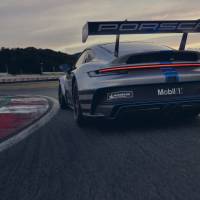 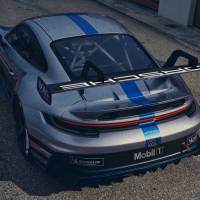 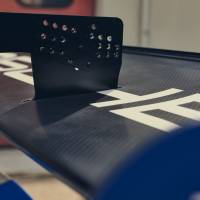 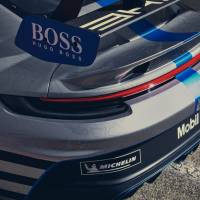 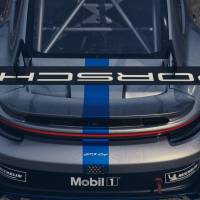 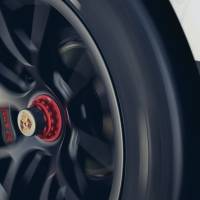 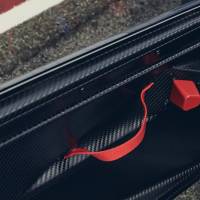 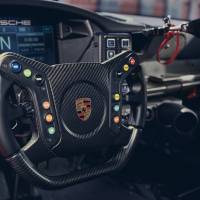 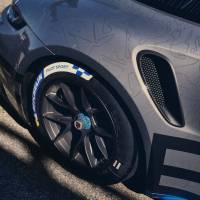