Porsche Design recently unveiled the 911 Soundbar Special Edition, the latest version of the brand’s popular 911 home speaker series. Limited to just 500 units, the 911 Soundbar is created using the original muffler and tailpipe of the Porsche 911 GT3, making it the quirkiest soundbar on this side of the planet.

And unlike a Porsche 911 GT3 (with base prices starting at $143,000) the 911 Soundbar Special Edition will only set you back around $4,250. It’s the most affordable way to enjoy ‘sports car sound’ from your home, said Porsche. Combining a unique construction with high-fidelity audio reproduction, this soundbar will appeal to both Porsche lovers and audiophiles alike. 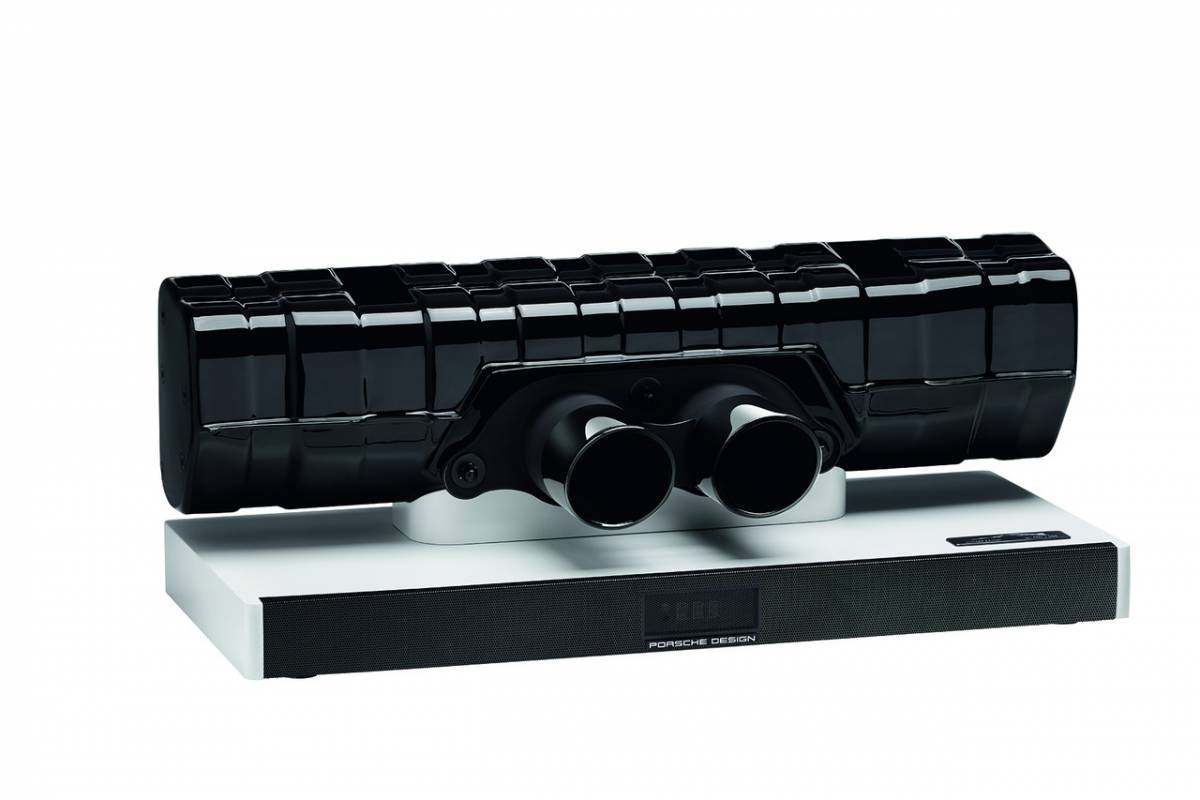 It starts with the muffler and tailpipe assembly of a Porsche 911 GT3. But with no naturally-aspirated engine to produce sound, the 911 Soundbar has something better. The system has a premium 2.1 virtual surround system with a Dolby Atmos® 300-watt amplifier. It also has 4k-compatible HDMI connections, built-in Chromecast, and Spotify Connect for wireless music streaming. It even has multi-room synchronization, a feature that allows you to connect and sync multiple 911 Soundbars to play the same music over a single network around your home.

And since the 911 Soundbar Special Edition is wearing a Porsche badge, it exhibits the same level of quality and craftsmanship as with any Porsche vehicle. It consists of genuine hand-finished parts with a white housing and either a high gloss or matte black finish on the rear muffler and tailpipe. Also, each of the 500 limited-edition 911 Soundbars will feature a limited-edition number plaque. 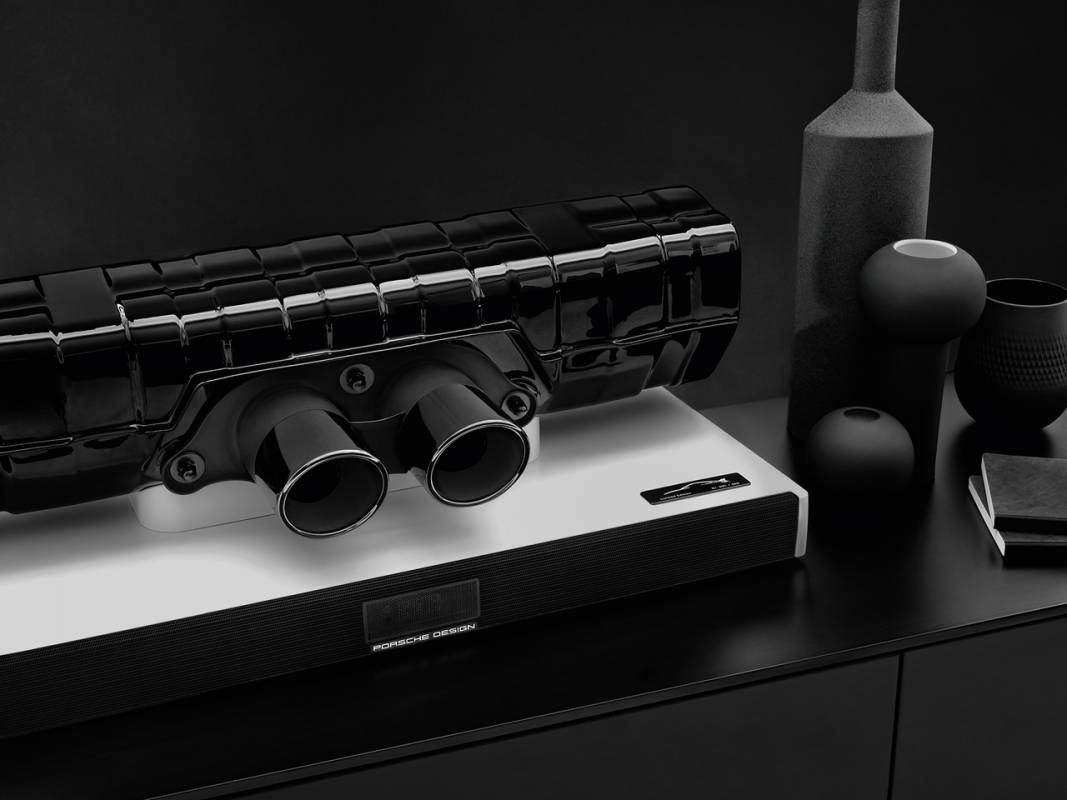 True, the newest Porsche 911 Soundbar home speaker is a bit pricey, but it’s the only soundbar to be made entirely out of a Porsche 911’s tailpipe. The speaker will be available at Porsche Design stores, select Porsche dealers, and at Porsche-design.com.