Porsche unshackled its 919 Hybrid and beat an F1 car

Just how fast could a Porsche 919 Hybrid race car go, if it wasn’t hamstrung by those pesky technical regulations Le Mans demands? That’s the question the German sports car-maker set out to answer, loosening the bonds on its fearsome gas-electric hybrid and setting a new record in the process.

The FIA rules governing Le Mans are there for good reason, of course. Entrants to the class 1 hybrid race come at the challenge from a number of very different angles: without some sort of overall framework to generally level the playing field, it would be a lot less interesting to watch. Still, that also artificially limits the cars themselves, and when it was done with the 2017 world championship, Porsche’s 919 Hybrid had a chance to go full-throated. 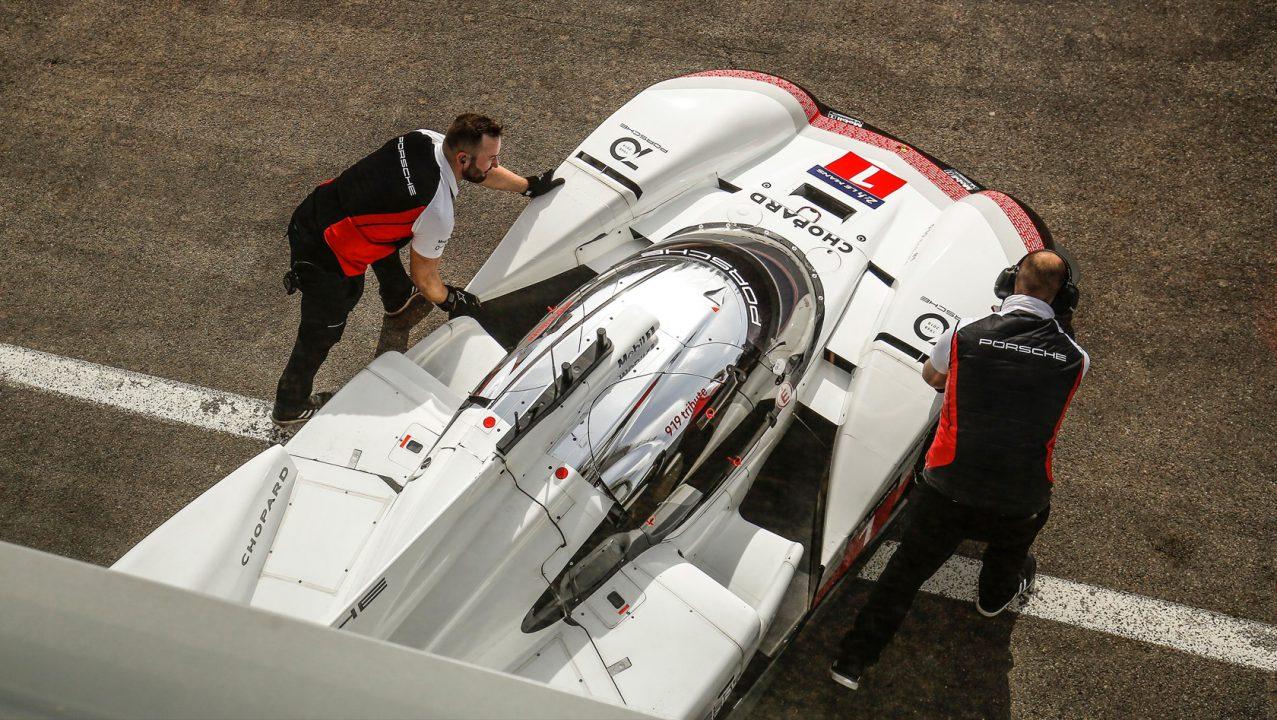 “Having developed, improved and raced the car for four years, the guys had a very close relationship to it,” Stephen Mitas, Chief Race Engineer LMP1, explains. “We all knew, no matter how successful the 919 Hybrid was, it could never show its full abilities. Actually even the Evo version doesn’t fully exploit the technical potential. This time we were not limited by regulations but resources.”

It’s not just a case of turning a key and unlocking “max power” of course. Porsche started off with some of the changes it had in mind for the 2018 WEC, but which were shelved after the 2017 withdrawal. The powertrain hardware was kept the same: the combination of a 2.0-liter V4 turbocharged gas engine to drive the rear axle, while an electric motor drives the front axle. The 919 Hybrid also uses the exhaust system gases to recuperate energy, storing that – along with regenerative power from the front brakes – in a liquid-cooled li-ion battery pack. 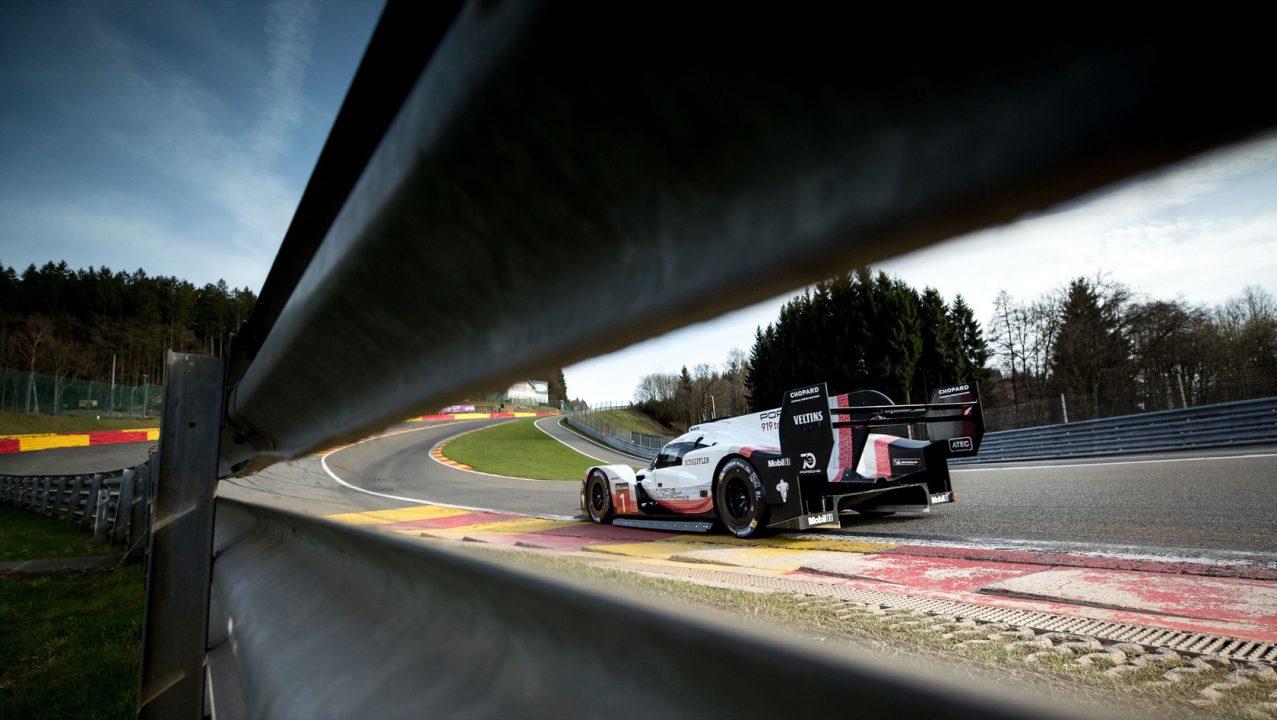 The WEC demands a fuel flow meter be installed, limiting the amount of gas that the cars competing can use. With that removed, and using the same E20 race fuel, the 919 Hybrid shot up from around 500 horsepower to a hefty 720 horsepower. Similarly, the race rules limit how much energy the recuperation systems can contribute: free of those constraints, the electronic system added 40 horsepower atop the 400 hp it usually contributes.

Aerodynamics, too, are policed, so for its unshackled drive the Porsche engineers got busy there. The larger front diffuser is there because the 919 Hybrid also grew a much larger rear wing, each with actively controlled drag-reduction systems. Underneath, there were modifications to the turning vanes and floor, combined with fixed height side skirts. Altogether, Porsche says, the car gained 53-percent more downforce and a 66-percent jump in efficiency. 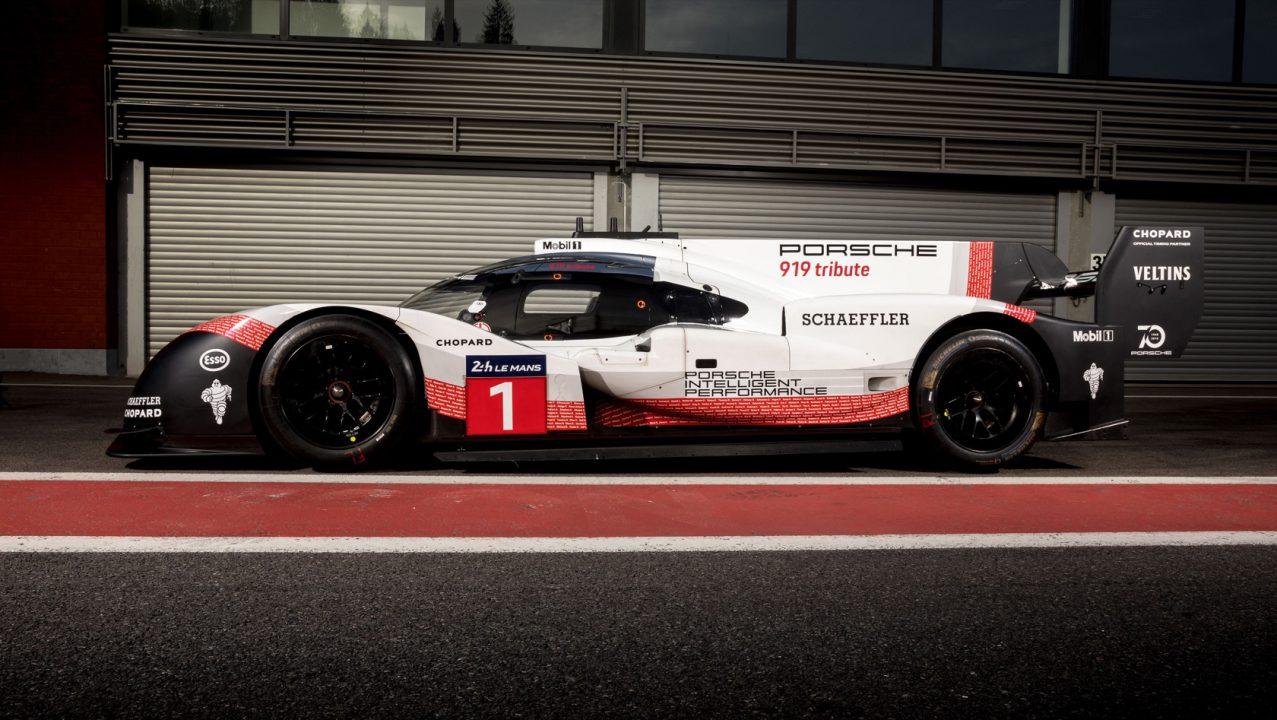 Four-wheel brake-by-wire was added, boosting yaw control, and the power steering was tweaked to deal with higher loads. Stronger suspension wishbones were added, while overall dry weight was cut by almost 86 pounds, bringing the car down to just 1,872 pounds. In the process it lost a lot of the factors that would make it comfortable for a 24 hour race, mind: gone was the air-conditioning, windshield wiper, light systems, and other race paraphernalia like the race control electronics and pneumatic jack.

Finally, shod with newly-developed and extra sticky Michelin tires, the unrestrained 919 Hybrid developed more downforce than a Formula One car. Porsche works driver Neel Jani was installed behind the wheel, and proceeded to lap the 4.35 mile Belgian Grand Prix Circuit in the Ardennes mountains in 1:41.770 minutes. 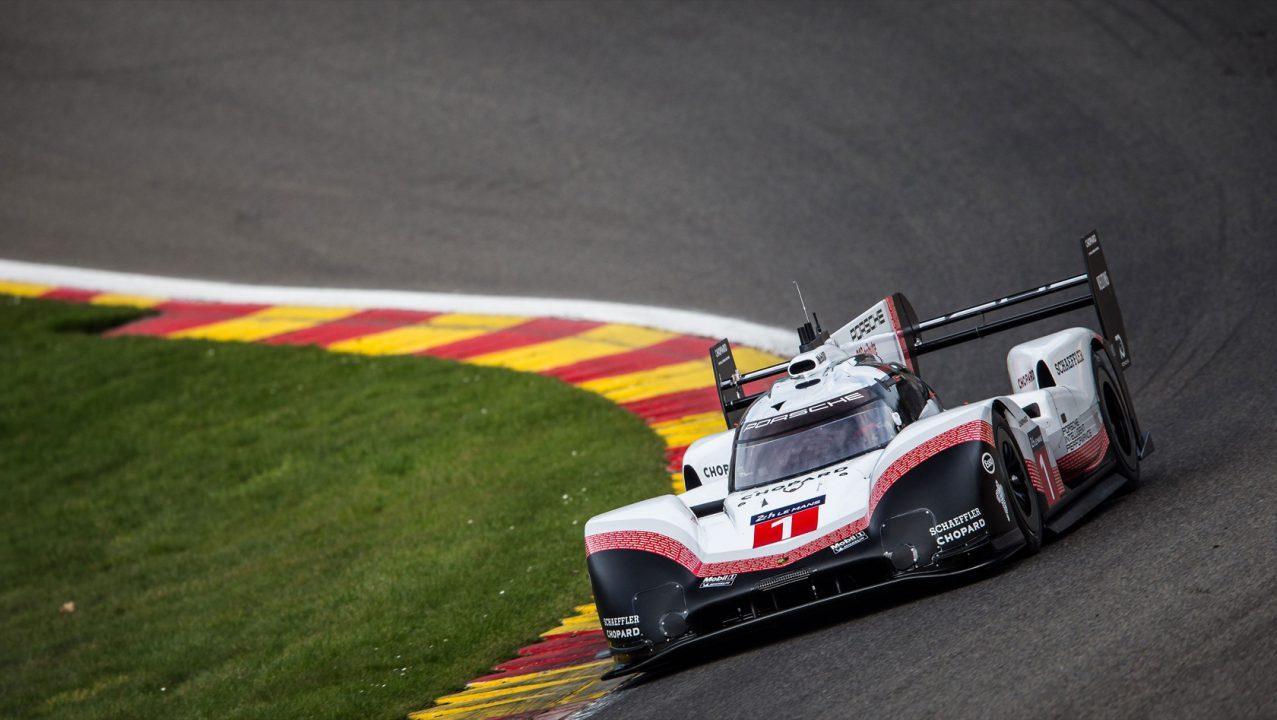 In doing so, Jani broke the previous record – by a mere 0.783 seconds – held by Lewis Hamilton and set back in 2017 in a Mercedes F1 W07 Hybrid. Over the course of the lap, the car hit 223 mph and had an average speed of 153 mph. “The 919 Evo is brutally impressive,” Jani said of the car. “It is definitely the fastest car I ever drove. The grip level is at a fully new dimension for me, I couldn’t imagine this amount beforehand.”