Now in its third-generation, the 2020 Kia Soul may look a little meaner with its glaring expression, but the reality is that it’s still a sweet deal. Freshened sculpting and more defined lighting front and rear wisely don’t dilute what always made the Soul so appealing: it gets the job done, and it doesn’t cost the earth in the process.

Like the dearly-departed Scion xB, the Soul has a utilitarian handsomeness to it. Sure, there’s plenty of interesting trim, and some curves, and aggressively-squinting headlamps, but look past that and it’s a box. A box on wheels, in fact, and that’s a very good thing. 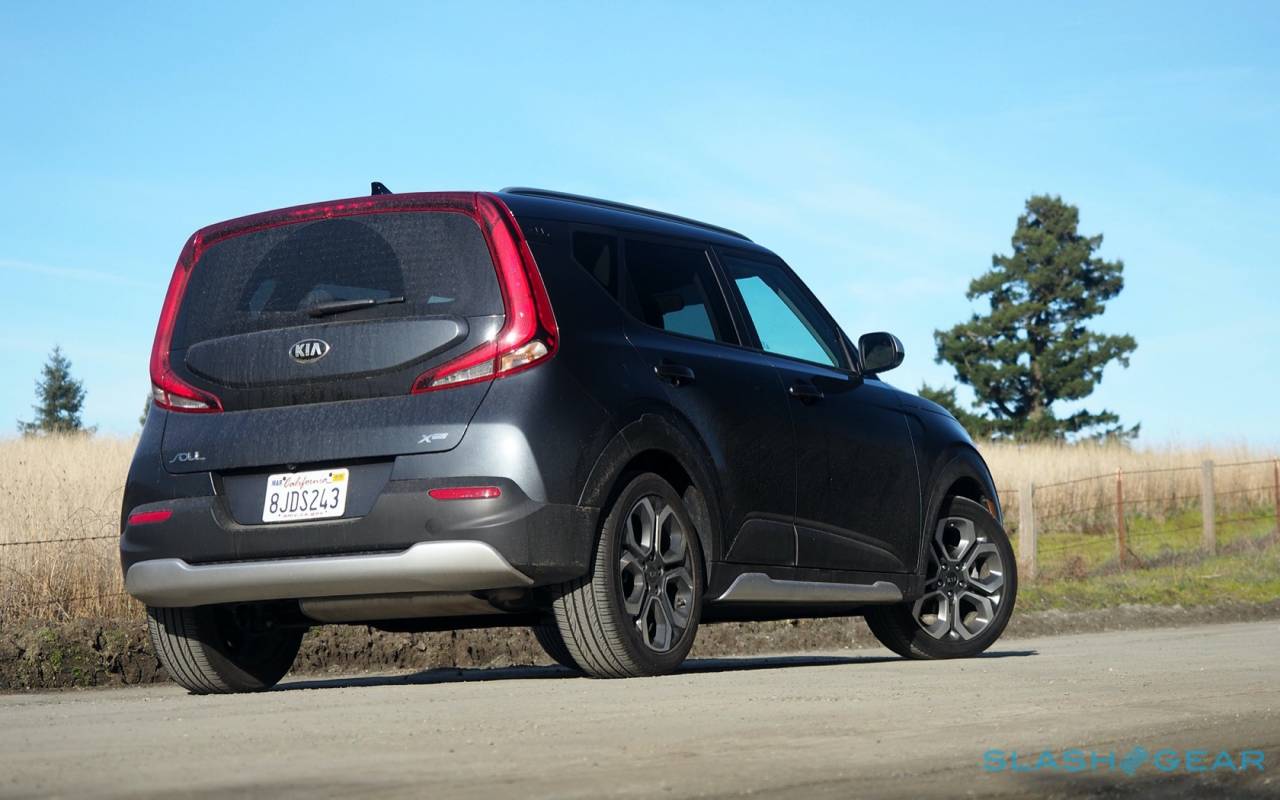 Practicality is the Soul’s killer feature. There’s a reason why, when we move house, we use big, rectangular boxes to move our belongings: they add up to plenty of space. In the Soul’s case, that horizon-straight roofline means no compromise on headroom front or rear. With the rear seats up, you get a healthy 24.2 cubic feet to play with; drop them down, that expands to over 62 cu.ft.

Cabin accommodations trend toward the plasticky, but Kia throws in some shiny stuff to at least make it visually interesting. More importantly it doesn’t feel brittle, and the switchgear won’t leave you fearful it’ll snap off in your hand. There are plenty of nooks and crannies for your phone, sunglasses, and everything else, and you get not only a USB Type-A port – handily illuminated – but two 12V 180W power outlets. 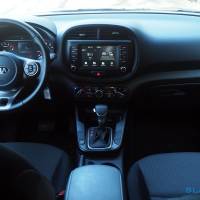 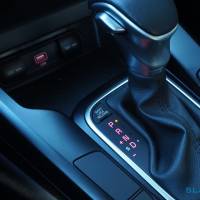 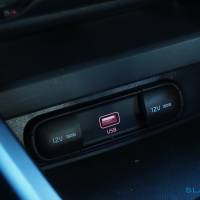 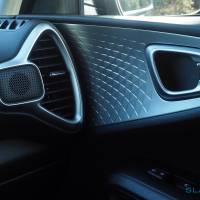 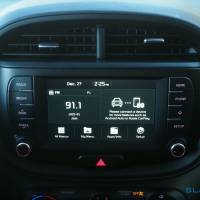 You can, as always, be super-frugal with your Soul. The 2020 model starts out at $17,490 (plus destination), undercutting rivals and doing so without feeling like you’re entirely sacrificing individuality along the way. This Soul X-Line starts at $21,490 in contrast, but the extra $4k gets you 18-inch alloys instead of 16-inch steelies, blind spot and rear cross-traffic warnings, lane change assistance, leather on the steering wheel and shift knob, front fog lights, and the X-Line exterior body cladding.

That’s on top of what you get as standard in the Soul LX Auto: a 7-inch infotainment touchscreen with Android Auto and Apple CarPlay; air conditioning, keyless entry, Bluetooth, cruise control, and a 60/40 split rear bench. The engine is the same, too, a 2.0-liter inline-4. 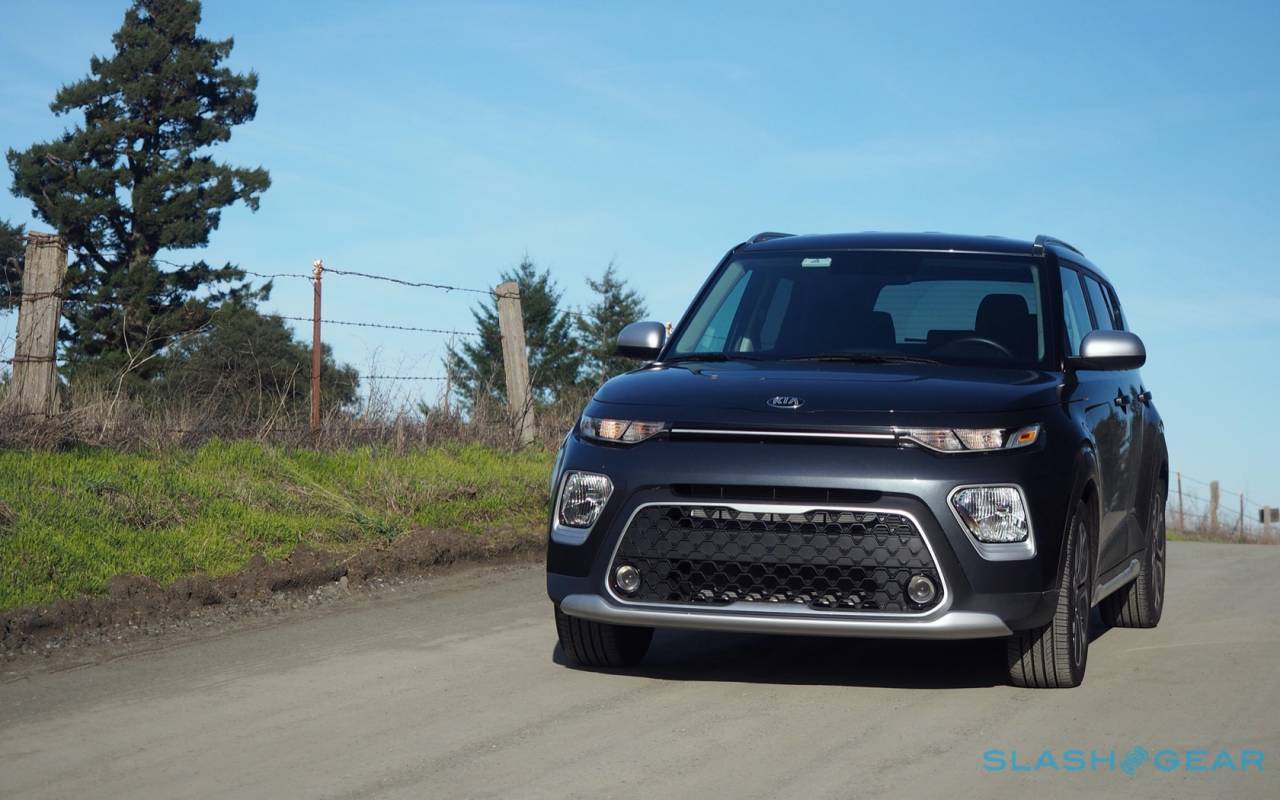 It brings 147 horsepower and 132 lb-ft of torque to the party, and no, they’re not going to blow anybody away at the lights. That’s not to say the Soul is incapable of some fun. The CVT pretends to be a six-speed automatic, adding in little fake upshifts and downshifts, and generally chugs away happily. Kia’s steering feels nice and direct, neither too assisted nor too heavy. Although the Soul may be tall, it actually dives around corners quite eagerly.

There’s no AWD option, despite the mini-crossover aesthetic, so front-wheel drive is your lot. At the top of the range the Soul GT-Line can be had with a 1.6-liter turbo instead, nudging power up to 201hp, torque to 195 lb-ft, and swapping the CVT for a 7-speed DCT. Fancy indeed, but overkill perhaps, too. 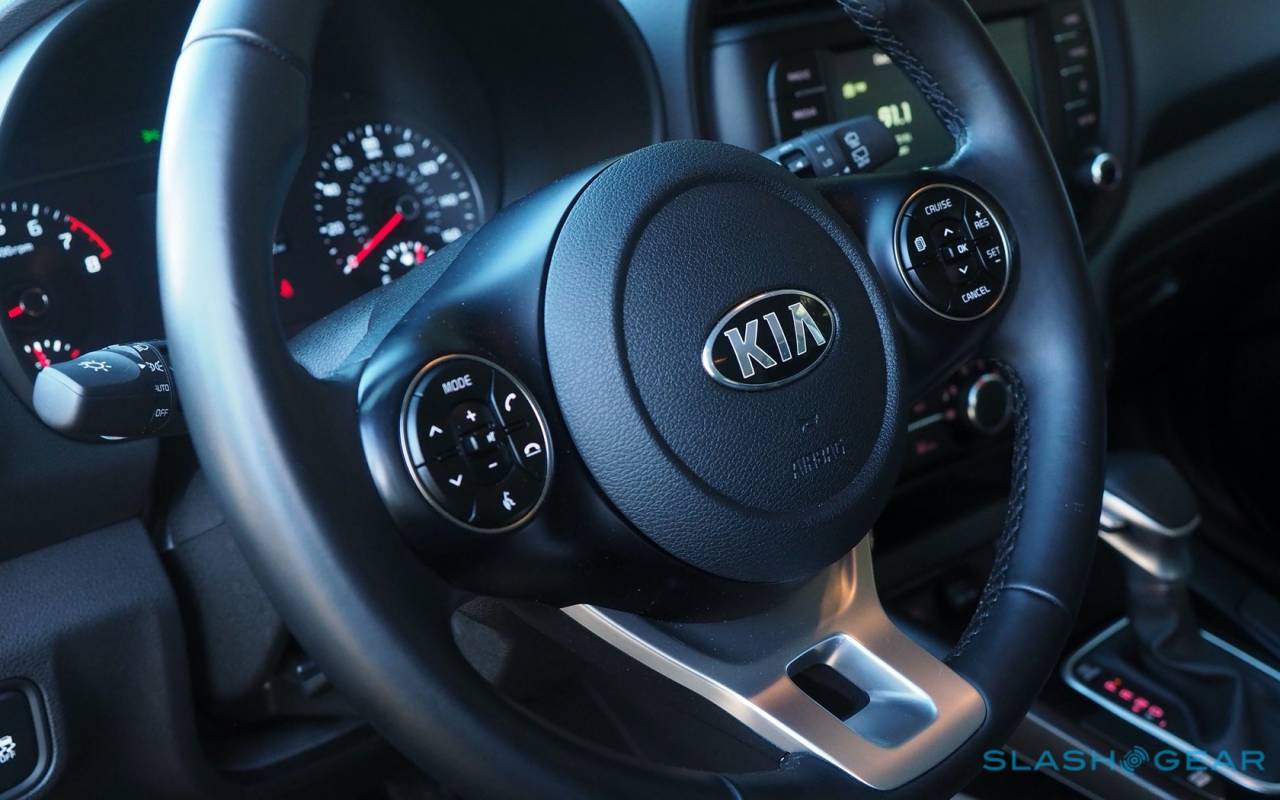 The EPA says you should get 27mpg out of your Soul X-Line in the city, 33 mpg on the highway, or 30 mpg combined. I found it fairly easy to match those numbers, as long as I wasn’t pushing too hard.

Eventually there’ll be a Kia Soul EV, with a battery-electric drive shared with the Niro EV and rated for a healthy 243 miles of EPA range. The good news is that’s more than double the range of the old electric Soul. The bad news is that, while Kia had intended to have it on sale in the US already, for the moment it’s still just “coming soon” for the 2021 model year. 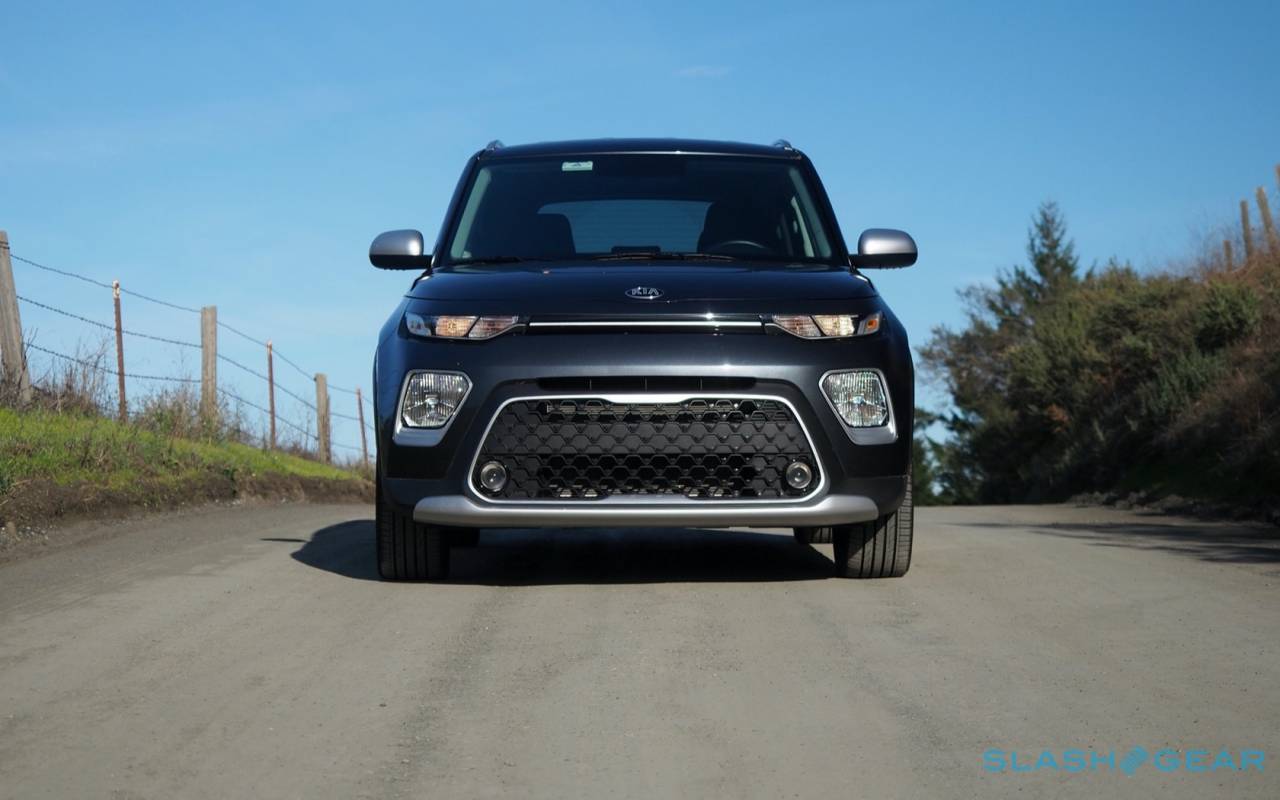 “Honesty is the best policy” as the old saying goes, and that might explain why I’ve always had a soft spot for the Soul. Kia’s boxy little subcompact wears its practicality and purpose on its sleeve: affordable, neatly equipped, and eminently usable. If you could fault it on that front, it’s that the beefier looks on this X-Line might lead you to assume it had off-road talents, a presumption the Soul can’t live up to.

No matter. The 2020 Soul may be utilitarian, but it isn’t ascetic. Cheap comes with cheerful, not to mention a 10-year/100,000 mile warranty that puts many – more expensive – rivals to shame. The Kia Soul may not be the only capable subcompact on the market, but in its third generation there are plenty of good reasons why it should be on your shortlist.