Land Rover has revealed its new 2022 Defender V8, adding a much-requested engine upgrade for the SUV, along with new special editions. Returning to the US for the first time in decades last year, the new Defender combines retro-inspired styling with the sort of off-road abilities you’d expect from what’s arguably the automaker’s most enduring nameplate.

While initial reviews – ours included – were generally positive, one omission was under the hood. Land Rover launched the Defender with a pair of inline-six engines as the biggest on offer, not exactly slow but also not having that V8 grunt that some fans of the SUVs really wanted. Happily, it’s being corrected for the new 2022 model year. 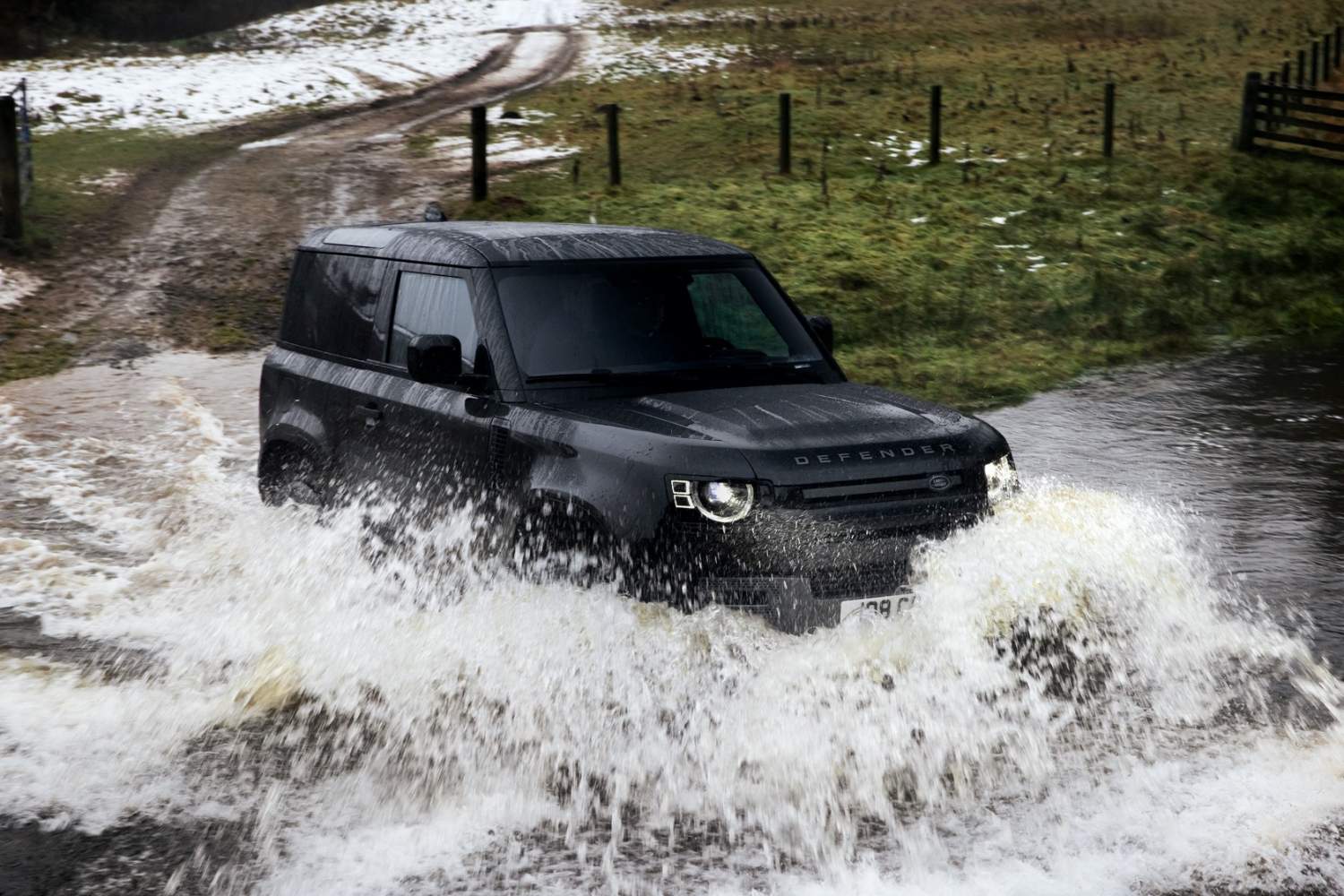 The 2022 Defender V8 will have a 5.0-liter supercharged V8, with 518 horsepower and 461 lb-ft of torque. It’ll be offered in both the Defender 110 and Defender 90 body styles – with five and three doors, respectively – with the latter doing 0-60 mph in 4.9 seconds and on to a top speed of 149 mph. That’ll make it the fastest and most powerful production Defender ever, Land Rover says. 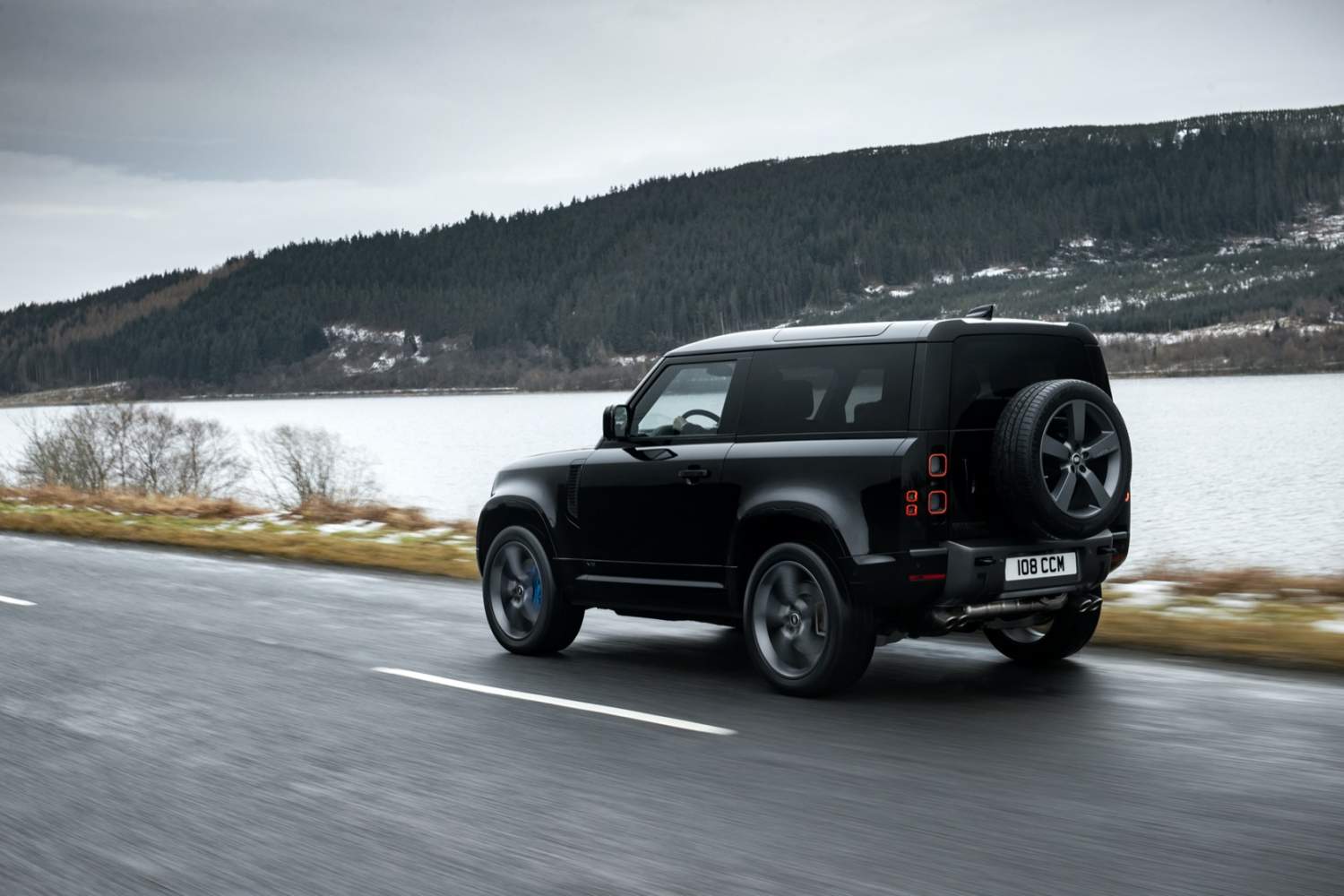 As you’d expect, all-wheel drive is standard, along with special suspension and transmission tuning. There’s a new Electronic Active Rear Differential which the automaker says should deliver improvements in handling and body control, and an eight-speed automatic transmission. A new Dynamic program in the Terrain Response system will be exclusive to the V8 SUVs, intended for more spirited driving on asphalt and loose surfaces. 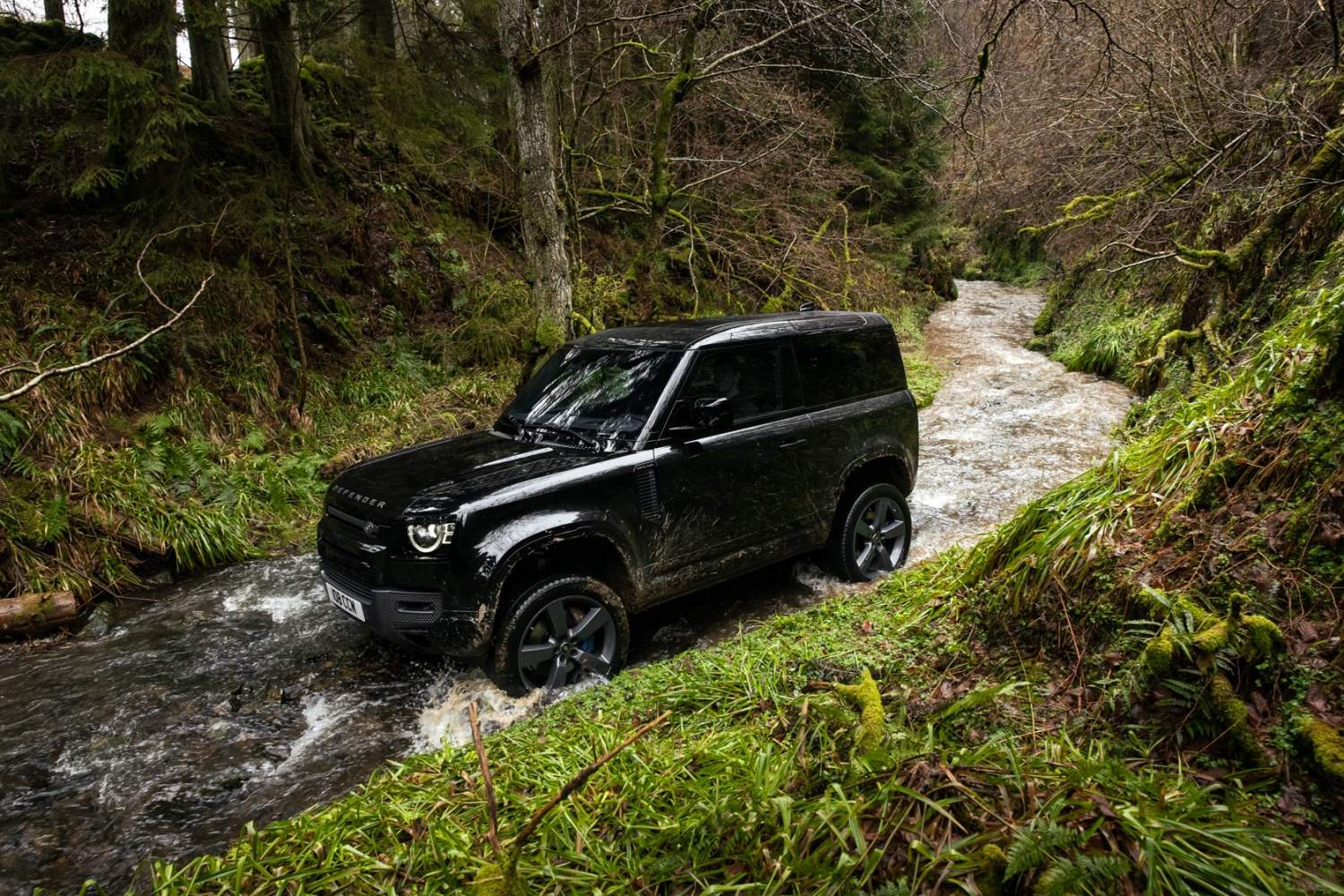 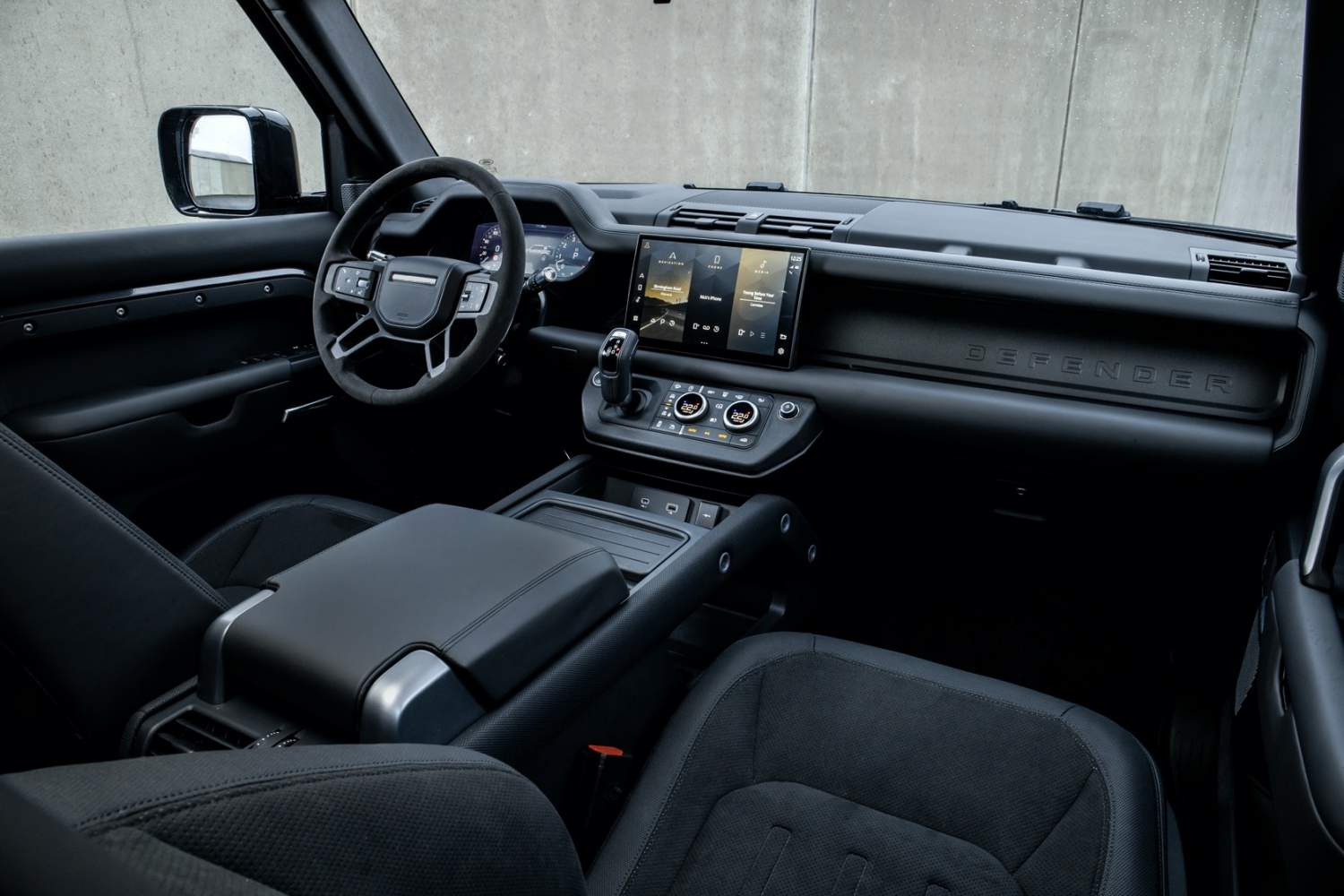 Inside, there’ll be special Ebony Windsor Leather with Mike Suedecloth and Robustec accents. The exposed cross-car beam running along the dashboard will be finished in Satin Black. The steering wheel gets Alcantara on the rim and satin chrome paddle-shifters, along with leather on the airbag housing that matches the gear selector trim. Finally, the illuminated tread plates have V8 badging. 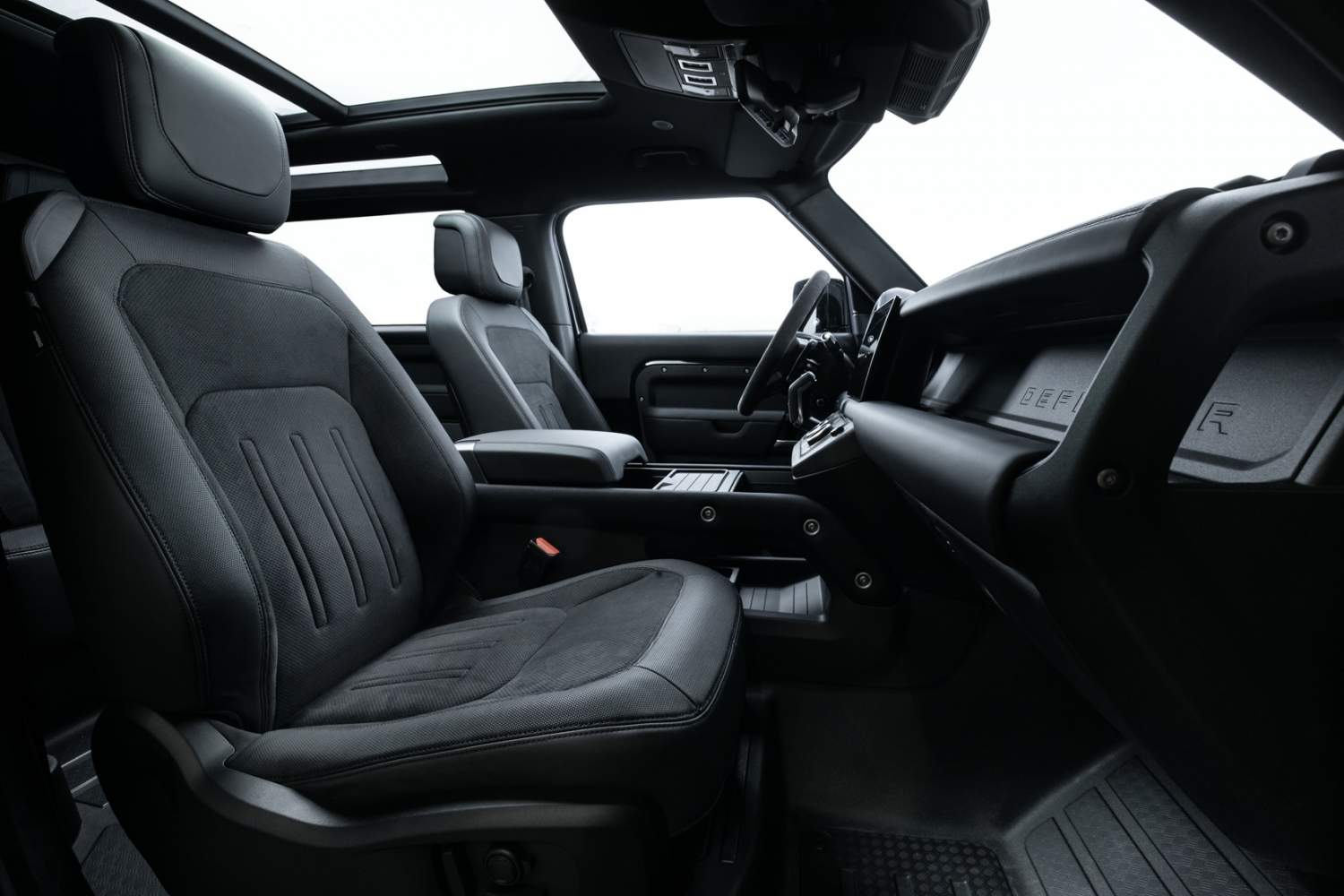 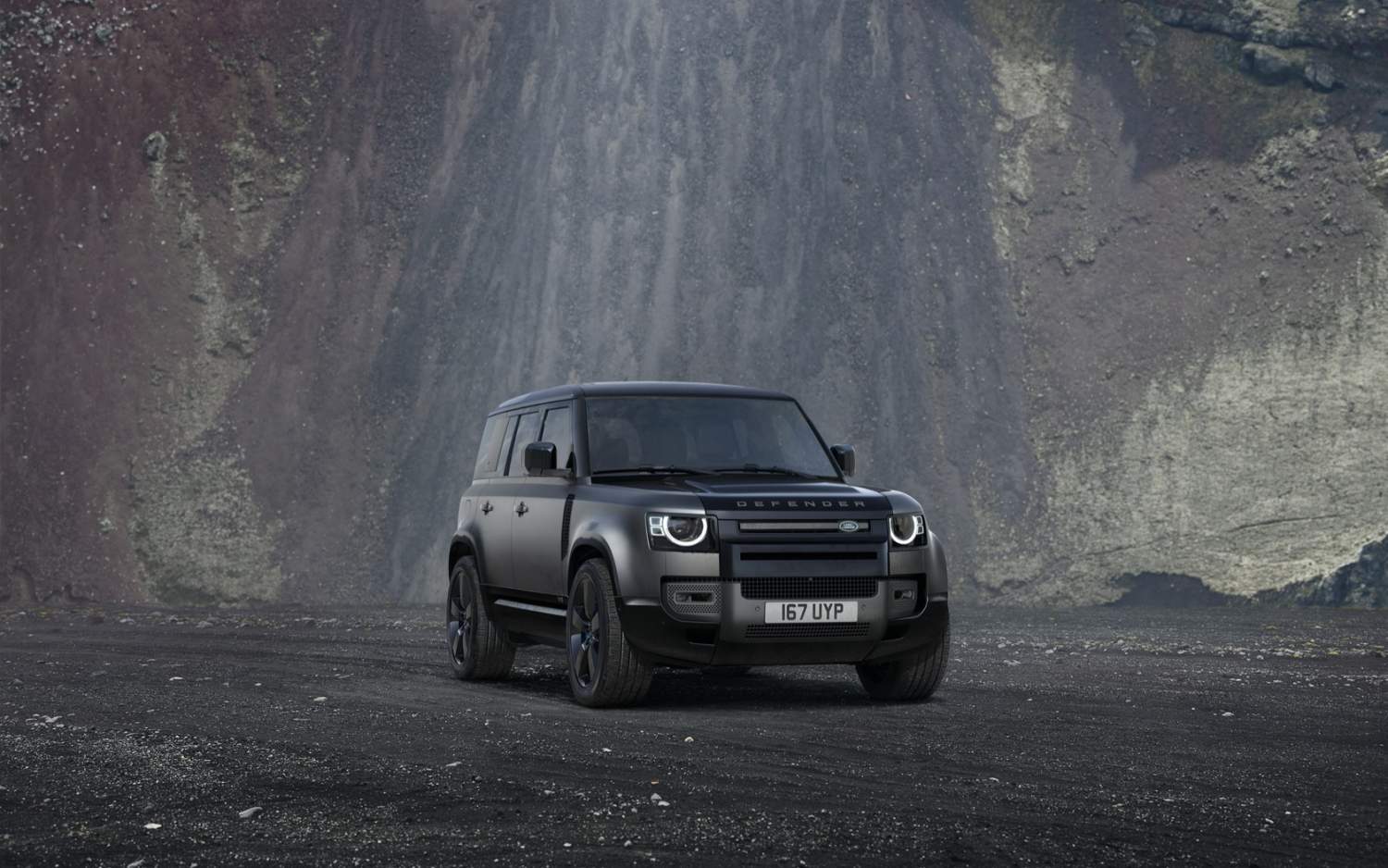 Land Rover Satin Protective Film will give the exterior a semi-matte finish but also help protect from scrapes. Inside, it’ll be the same as the regular V8 SUV. Pricing will start at $104,000 plus destination. 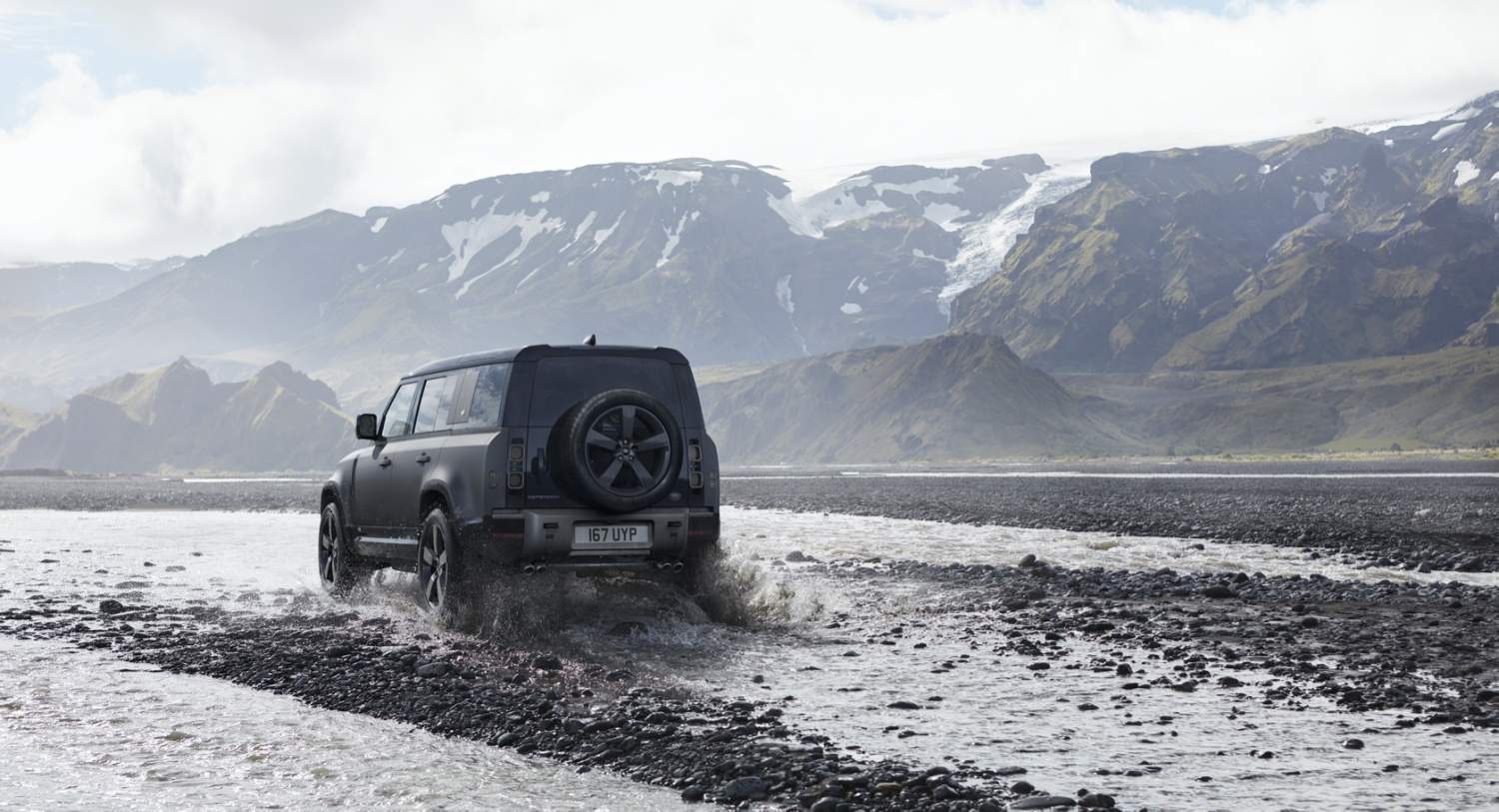 Replacing the Defender First Edition, the 2022 Defender XS Edition will be offered in the 110 body style only. It has body-colored lower cladding and lower wheel arches, with 20-inch, contrast diamond-turned alloy wheels finished in Satin Grey. Land Rover will offer it in four colors: Silicon Silver, Hakuba Silver, Gondwana Stone, and Santorini Black. 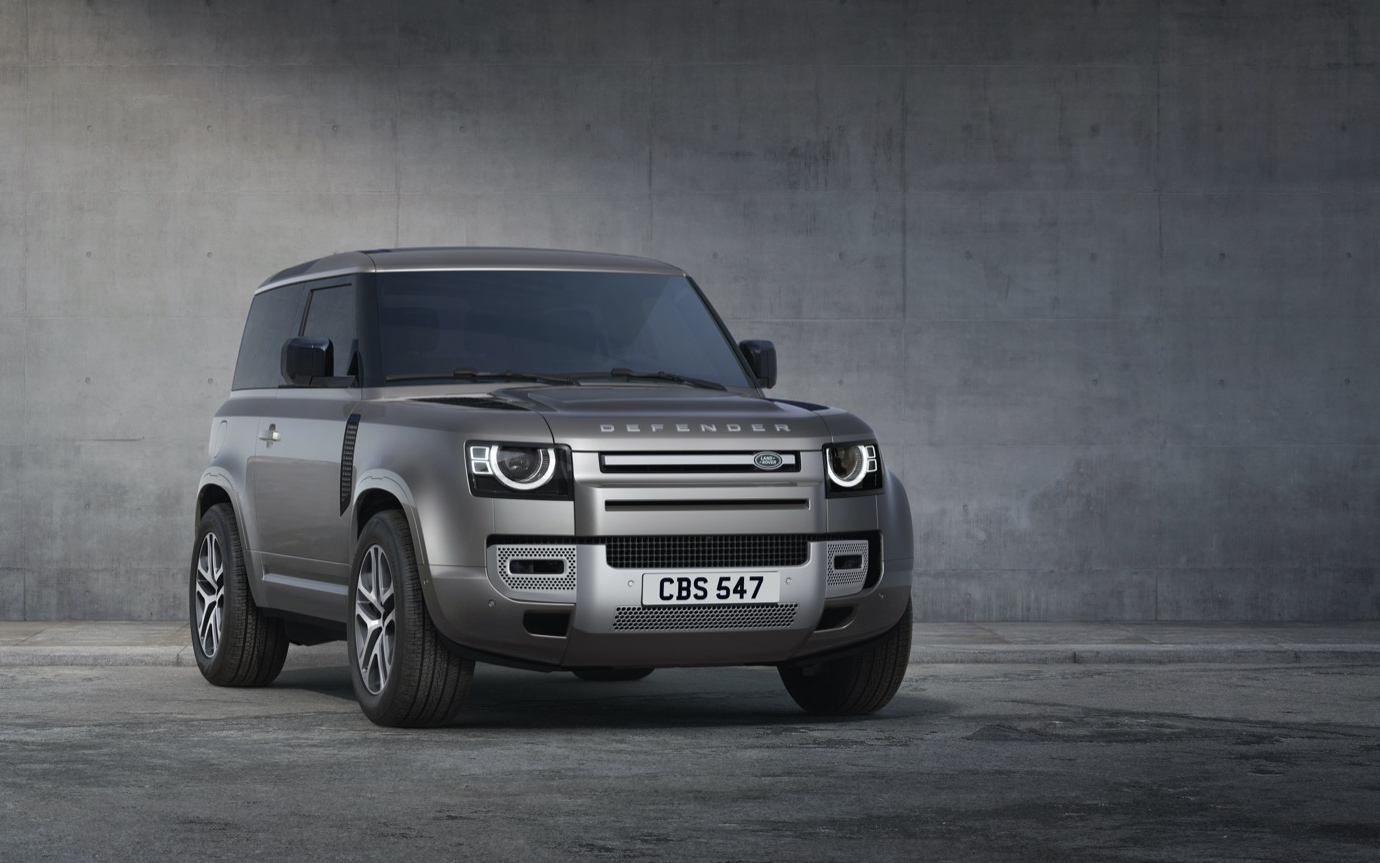 Inside, there are 12-way, heated and cooled electric memory seats in Ebony Grained leather and Robust Woven Textile. The Cross Car Beam has a Light Grey powder coat brushed finish, and Land Rover has added the extended leather package with illuminated metal treadplates.

For other specs, there’s the P400 mild-hybrid engine with 395 hp and 406 lb-ft of torque, electronic air suspension, adaptive dynamics, tri-zone climate control, and adaptive cruise control. It also features the updated Pivi Pro infotainment system, which is new for the 2022 model year. That has wireless device charging with a phone signal booster, plus can be had with a larger 11.4-inch touchscreen with curved glass. 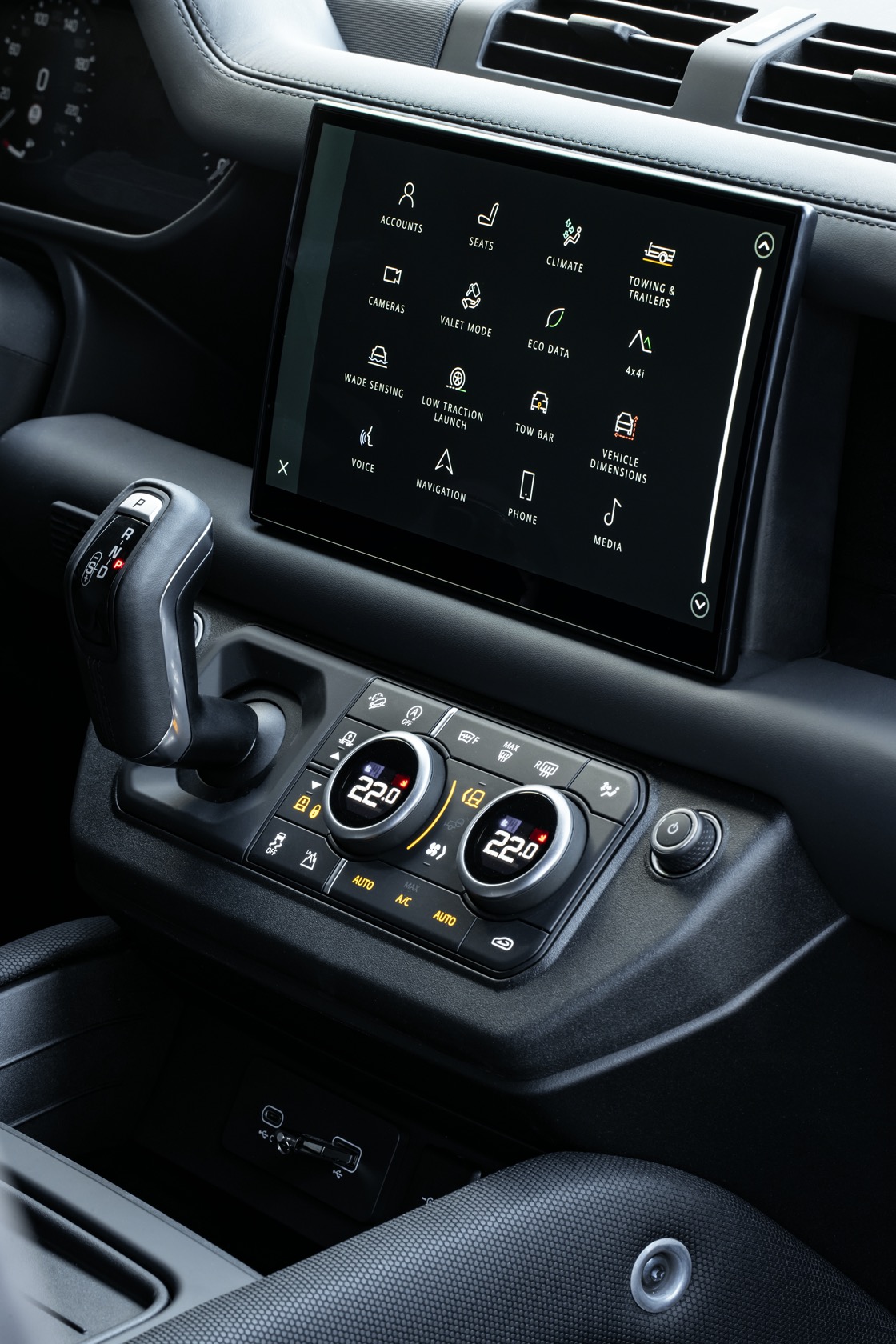 Land Rover has simplified the menu structure, and there’s new navigation with dynamic guidance. Intelligent route learning promises to figure out your common routes and propose them – complete with adjustments for traffic – when you get into the car.

What Land Rover isn’t telling us, yet, is when the Defender will get its more serious electrification. The automaker has promised six pure electric variants across its range within the next five years, with a pure electric version of the Defender by the end of the decade.

[Updated to clarify Land Rover’s confirmation that the XS Edition will only be offered on the 110 model, and with links to full pricing]