The 2022 Genesis G70 is among the last in Genesis’ portfolio to receive the brand’s new ‘Athletic Elegance’ design idiom. First seen in the G90, G80, and all-new GV80 luxury SUV, the 2022 G70 now has sleek quad headlamps and taillights, a bold crest grille, and a slew of performance tech. Making its first public appearance in its hometown of South Korea, it seems Genesis is intent on cementing its grasp in the luxury-sports sedan category.

Without a doubt, the previous Genesis G70 is a nice-looking car. With a long hood, short overhangs, and a lowish stance, it’s a sports sedan to the core. However, it’s also a blast to drive. “After a handful of laps in the G70 3.3T RWD, in Sport mode with the ESC damped down but the electronic safeguards not switched off completely, I was more than a little impressed,” said Executive Editor Chris Davies after mildly thrashing the G70 on a race track. “That’s not to say it’s perfect, mind.” 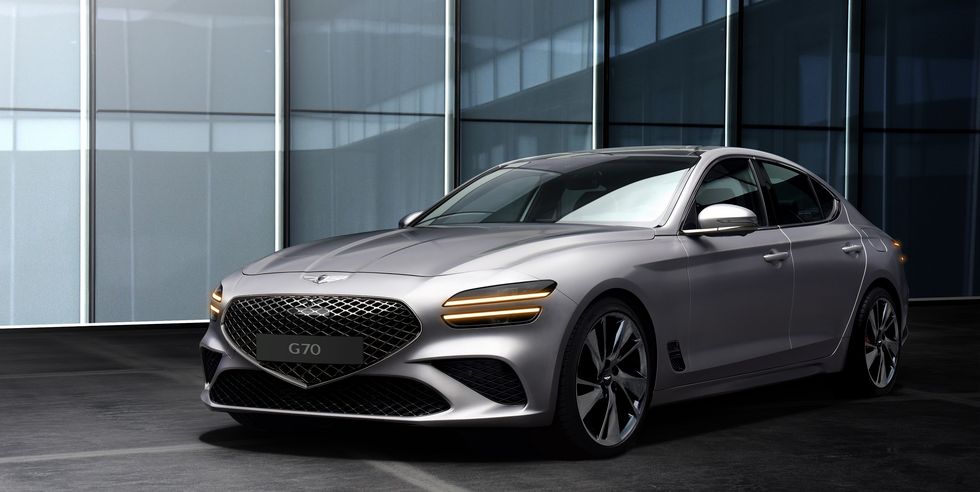 Davies was referring to the outgoing G70’s uninspiring exhaust note, and Genesis has addressed our qualms in the new model. The 2022 G70 now has a Variable Exhaust Valve System. Standard on the G70 3.3-liter V6 with the Sports package, the new exhaust is responsible for a more aggressive exhaust signature, according to Genesis. The package also includes a new Drift mode for the dynamic AWD system, which we reckon allows the car to perform huge donuts by disconnecting the front axle from the rear. 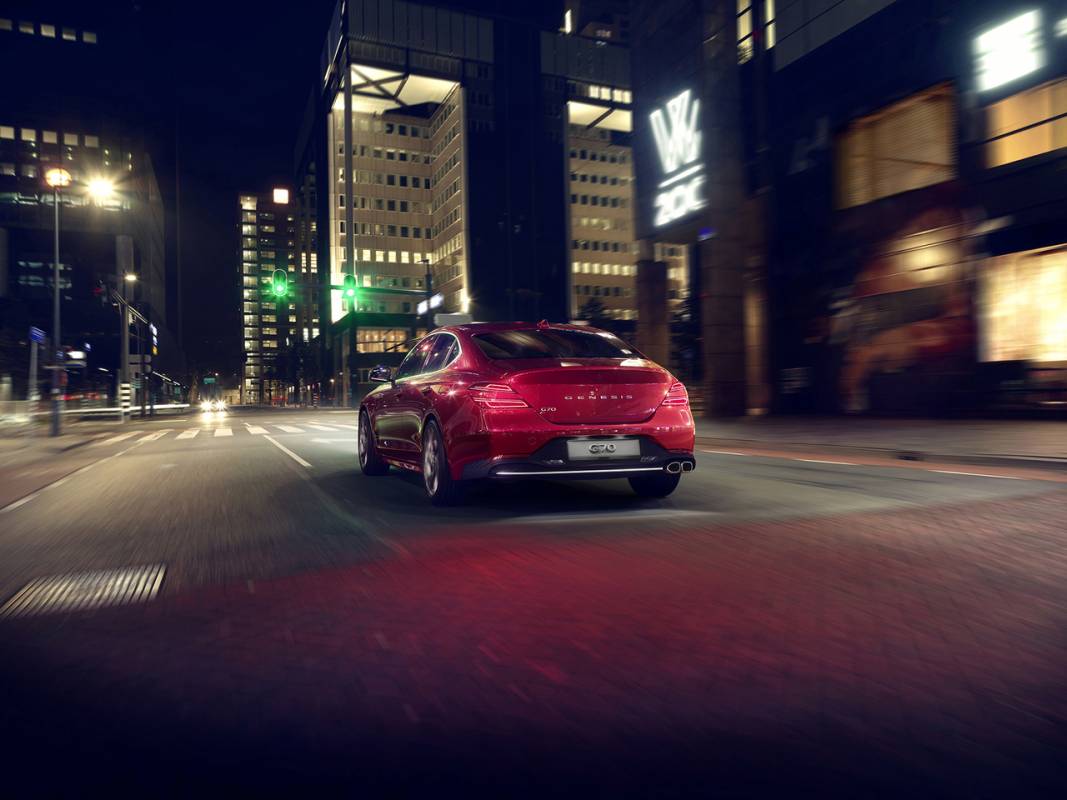 Also new across the board is a ‘Sports +’ drive mode which Genesis claims will optimize the engine and transmission for sportier driving. Engine choices are carried over from the previous model, and you still get a standard 2.0-liter turbocharged four-cylinder engine with 252 horsepower and an eight-speed automatic gearbox. This engine is still available with a six-speed manual transmission, and the engine receives 255 horsepower in this configuration. 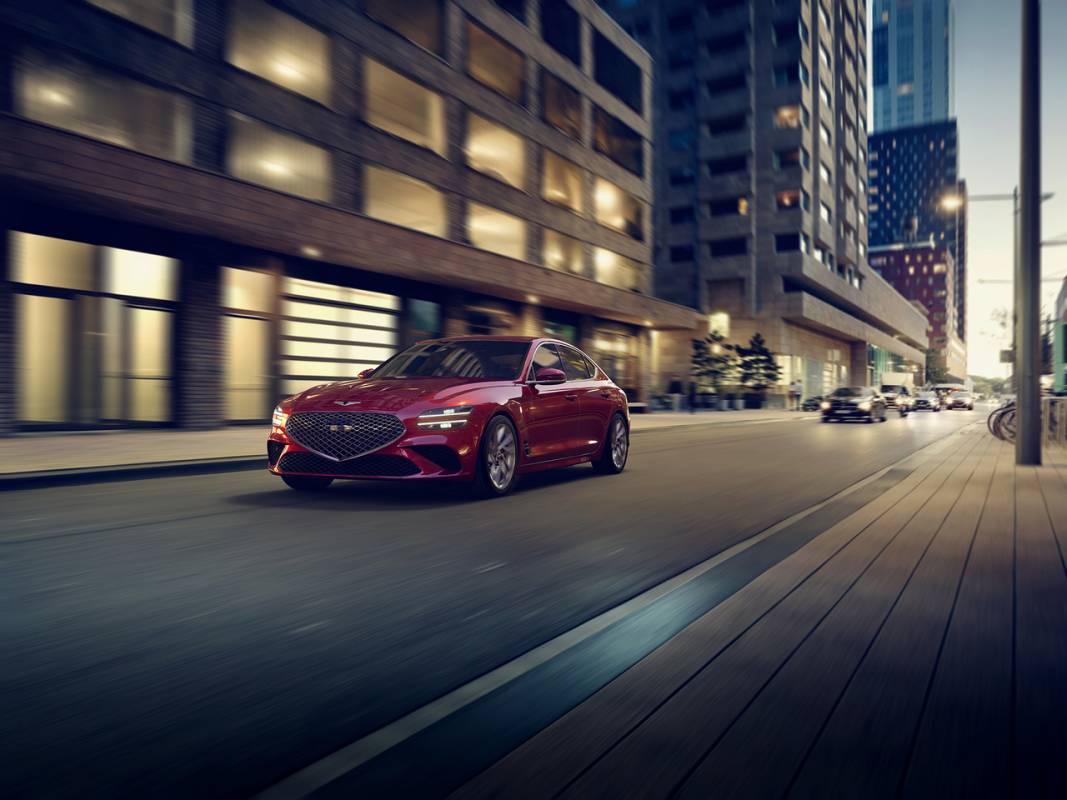 Meanwhile, the 3.3-liter turbocharged V6 with 365 horsepower and 376 pound-feet of torque remains available, but the V6 is strictly paired with the eight-speed automatic. The 2022 Genesis G70 also gets a new and (thankfully) larger 10.25-inch infotainment system with crisper graphics, Apple CarPlay/Android Auto connectivity, voice recognition, a remote 360-degree camera, and wireless OTA updates.

The 2022 Genesis G70 will be first sold in South Korea this year, while the first U.S. deliveries are slated to arrive sometime in 2021. Pricing and other specs for U.S.-bound 2022 G70s will be announced soon.