German carmaker Audi recently held a virtual tech talk event to unveil the 2022 RS e-tron GT. It’s the brand’s newest Gran Turismo and is essentially a higher performance version of a standard e-tron GT electric car. Moreover, the 2022 Audi RS e-tron GT is the future of the RS brand. “The RS e-tron GT will be the first fully-electric RS model and is the most powerful car we ever built,” said Linda Kurz, Head of Product Marketing, Audi Sport GmbH. “It’s a high-performance GT and reflects all the passion we have.”

I’ve driven the prototype version of a standard e-tron GT, but Audi is promising more in its first-ever electric RS car. Most of the spec details are still forthcoming, but Audi gave us more than enough information on what to expect from the new flagbearer of the RS brand. The RS e-tron GT is slated to arrive in the summer of 2021, right about the same time the standard e-tron GT arrives in U.S. dealerships. It will have two powerful electric motors rated at 175 kW (give or take 235 horsepower) in the front and 335 kW (around 449 horsepower) in the back. The combined output is up to 589 horsepower with up to 640 horsepower in overboost mode. 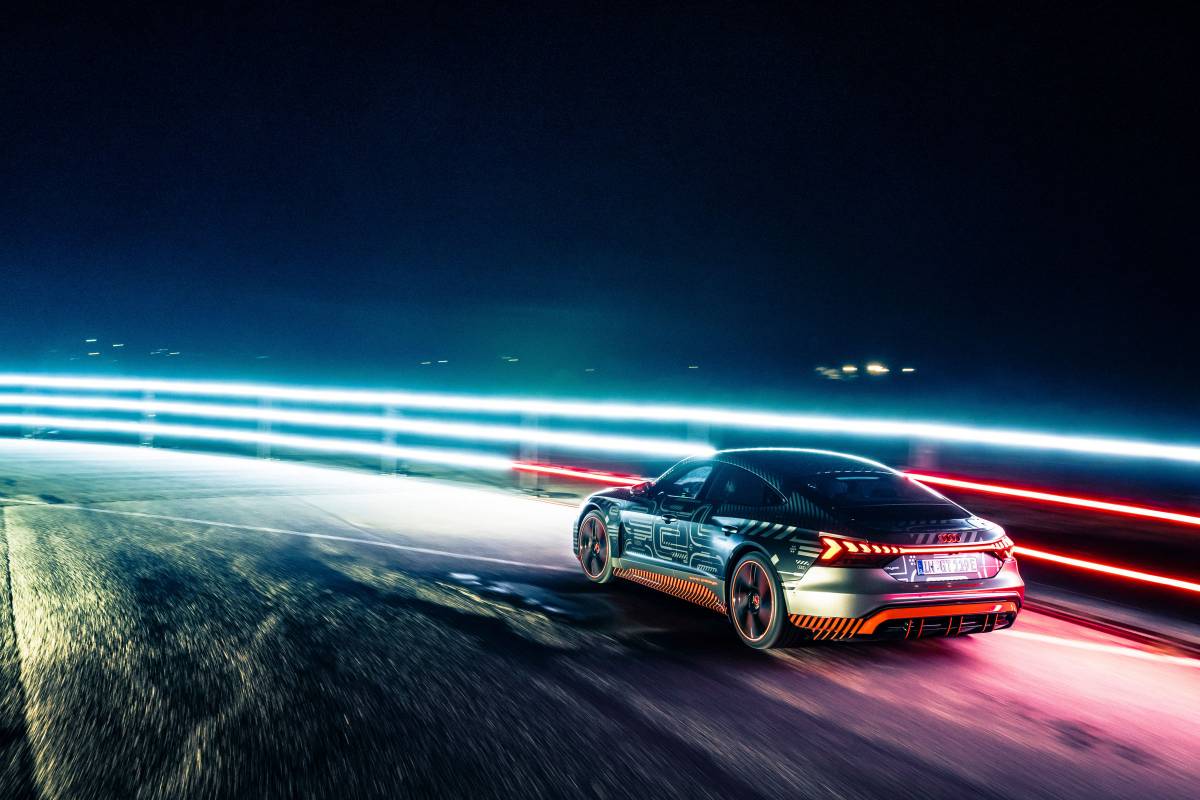 The two electric motors can churn a maximum combined output of 830 Nm (612 pound-feet) of torque. All told, the Audi RS e-tron GT can reach 60 mph from a dead stop in under 3.5-seconds. If the numbers seem familiar, it’s almost the same numbers you get from the Porsche Taycan Turbo. For comparison, the Taycan Turbo’s two electric motors produce a maximum of 500 kW (670 horsepower), while maximum torque is rated at 850 Nm (626 pound-feet). Furthermore, the RS e-tron GT has a two-speed rear axle transmission to offer maximum acceleration and efficient operation at higher speeds. 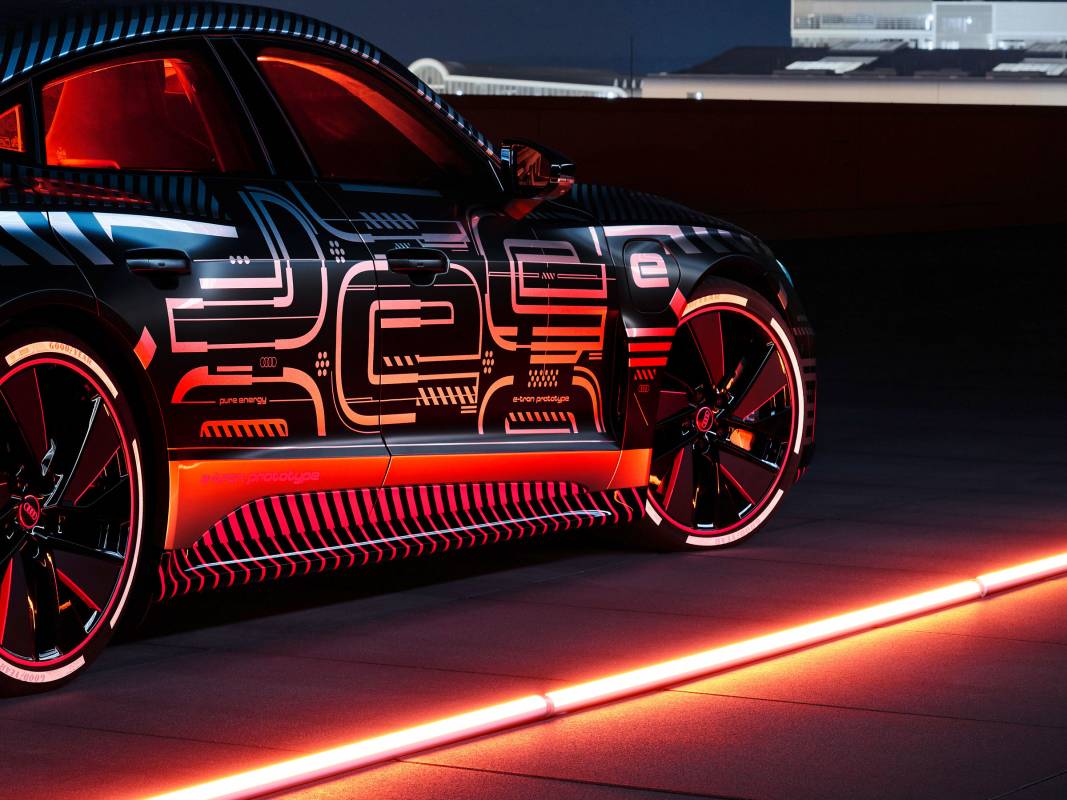 And while it’s no secret that both the Taycan and RS e-tron GT are riding on the same platform, Audi made sure its latest creation is singing a different tune. “We developed the RS e-tron GT together with Porsche to a certain level, but the suspension tuning, steering, chassis settings, and motor tuning are unique to the RS e-tron GT,” said Roland Waschkau, Head of Chassis Development, Audi Sport GmbH. “The result is two completely different cars although using a similar platform.” 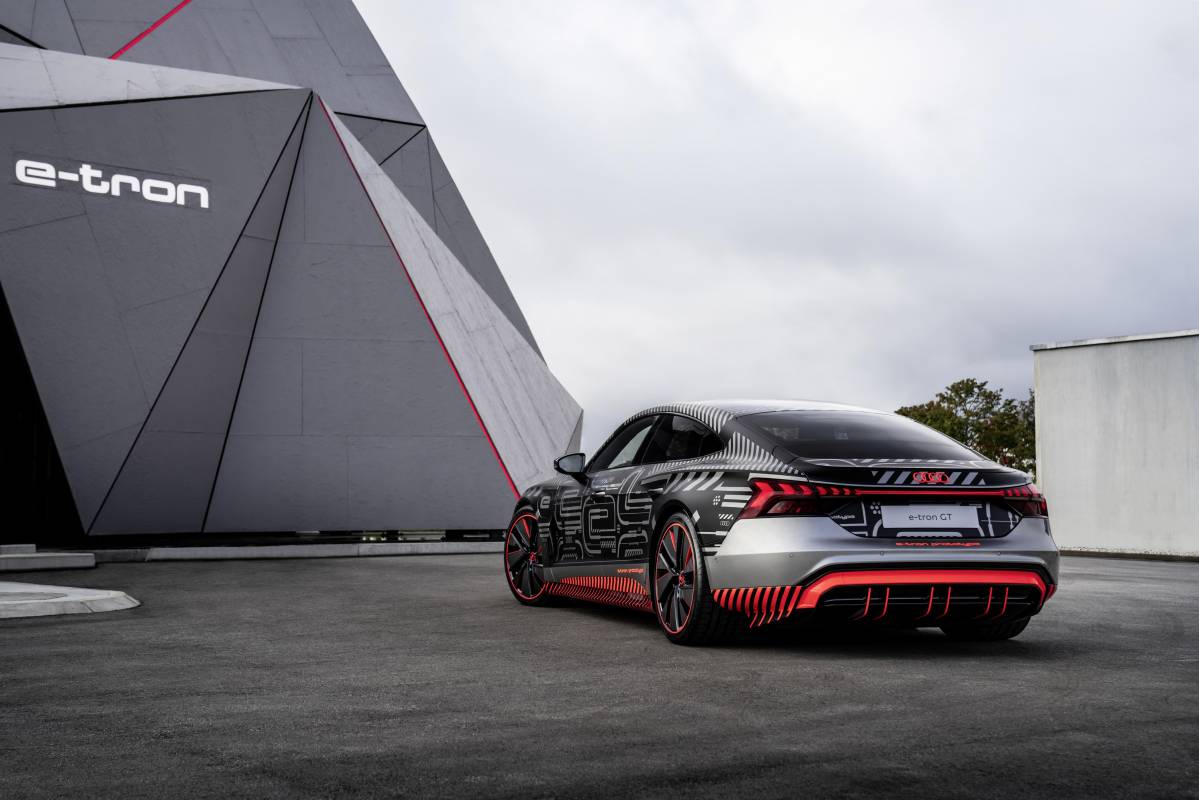 The Audi RS e-tron GT has a 93.4 kWh battery pack with up to 33 modules and 396 cells, the same as the Taycan. Audi has yet to reveal the EPA-rated driving range, but I can confirm the battery accepts up to 270 kW DC fast charging via an 800-volt electrical architecture – again, same as the Taycan. And if the Taycan is any indication, I’m expecting the RS e-tron GT to achieve around 201 miles of range before emptying the batteries. The largish battery pack is a given, but cooling and heating the batteries is a different matter altogether. For this purpose, Audi gave the RS e-tron GT no less than four heating and coolant circuits to regulate the temperature of its high-voltage components. This uncanny ability to monitor and control the battery temperature is responsible for the vehicle’s higher power output and fast charging capabilities. 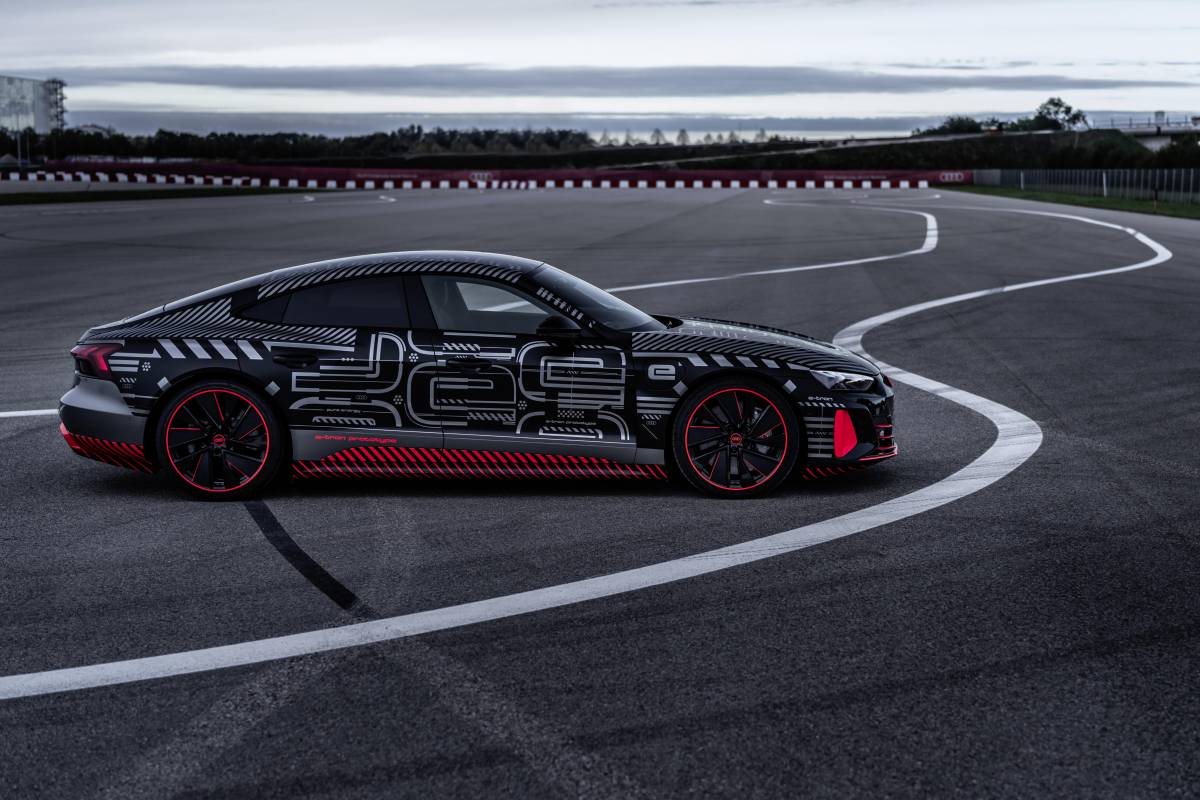 More than having the performance merits of a high-strung sports sedan or supercar, the RS e-tron GT combines dynamic handling with long-distance ride comfort. It has all-wheel steering like in the Audi RS6 Avant and RS7 Sportback. The rear wheels can tilt up to three degrees in the opposite direction of the front wheels in city driving to aid maneuverability, but the rear wheels turn in the same direction as the front wheels at higher speeds to improve handling. It also has standard air suspension with three-chamber air springs to perfectly dial the right mix of comfort and tautness depending on the chosen driving mode. 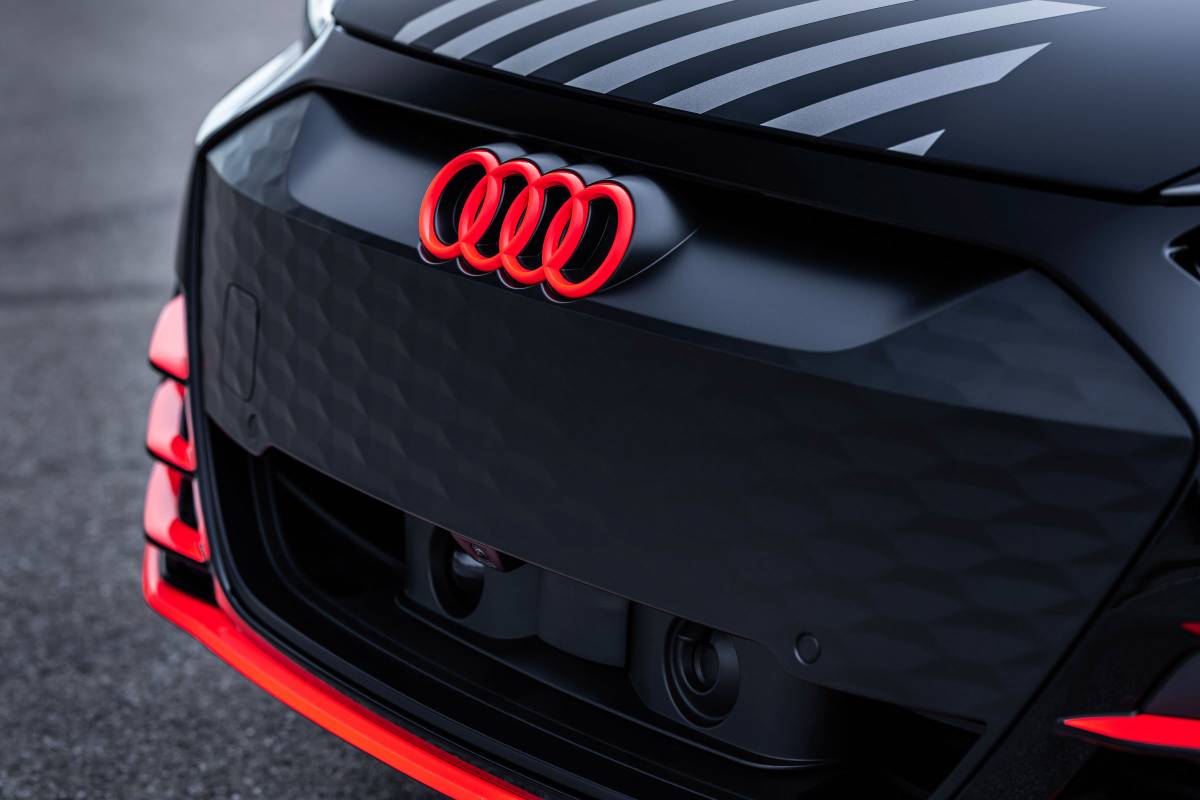 In terms of styling, the Audi RS e-tron GT looks no different from the standard model. Audi’s pre-production prototype at the virtual press event was, as expected, draped in camouflage. However, I can confirm the RS variant will come with smoother front and rear bumpers, bespoke 21-inch wheels (smaller 20-inch and 19-inch wheels are available), and some RS-specific badging. Pricing has yet to be announced, but we’ll know more about Audi’s newest all-electric flagship RS model in the coming months.