Less than two years ago, I was fortunate to get behind the wheel of a pre-production Audi e-tron GT concept on the streets of California. The car I drove is a one-off and is the only model in existence back then. Coupled with drizzling rains (welcome to sunny California!) and real-time traffic, ‘careful’ would be an understatement. Despite all these, everything went well, and the first thing that struck me about Audi’s electric GT car – besides the sports car-like low seating position – is the inherent silence of it all, which is typical of an electric car.

And even in pre-production prototype guise, the new e-tron GT has all the hallmarks of a proper Audi in terms of craftsmanship and impeccable build quality. Most recently, Audi hosted an online presentation to discuss the technology and production methods behind the e-tron GT. “We believe in the highest quality and absolute perfection,” said Henrik Wenders, Head of Audi Brand. “The Audi e-tron GT is the most sophisticated take on intelligent performance. It’s the pinnacle of progressive engineering, and the future hallmark of the Audi brand.” 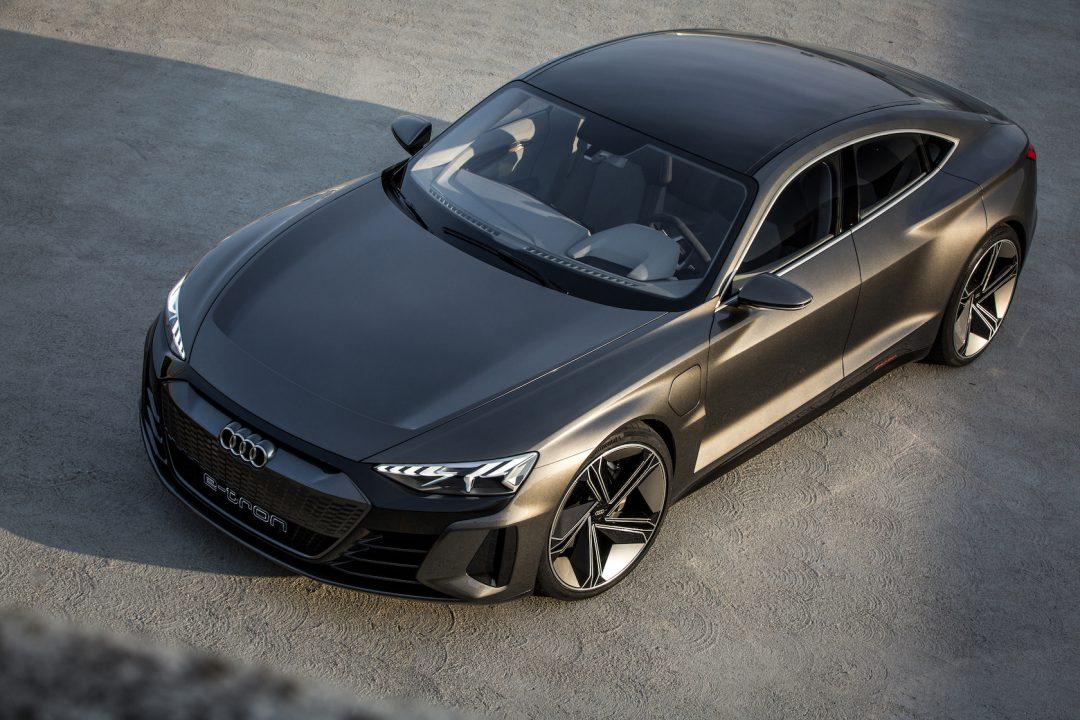 During my first drive, the e-tron GT and its twin electric motors sounded pretty much like a modern electric car – which is, like a spaceship with its high-pitched electric whine. But as it turns out, Audi was working on new and innovative ways to make the e-tron GT sound unlike any EV on the planet today.

Audi calls it the ‘e-sound.’ “We deliberately avoided imitating an internal combustion engine or spaceship from a science fiction movie,” said Rudolf Halbmeir, professional musician, and Audi sound designer. “Instead, we developed a sporty, expansive, and sophisticated sound that also comes across as clear and distinctive. It combines familiar sound patterns with new, futuristic elements.” Working closely with professional sound engineer Stephan Gsell, the duo sought inspiration from the most unlikely source: An ordinary, garden-variety plastic pipe. “I attached a fan at one end and listened to the sound coming out the other end,” added Halbmeir. “It was a very specific, deep growl – and I knew straight away that I had discovered the foundation of the sound.”

However, there’s a catch. “By the time we started creating the sounds, there simply was no commercial software available that fit our needs,” continued Halbmeir. “So we decided to program our own software.” Starting with the plastic pipe and fan, the team went on to develop a bevy of processed synthesizer sounds including the sounds made by a cordless screwdriver and a model helicopter. The entire repertoire consists of 32 familiar sound patterns infused with modern futuristic elements. 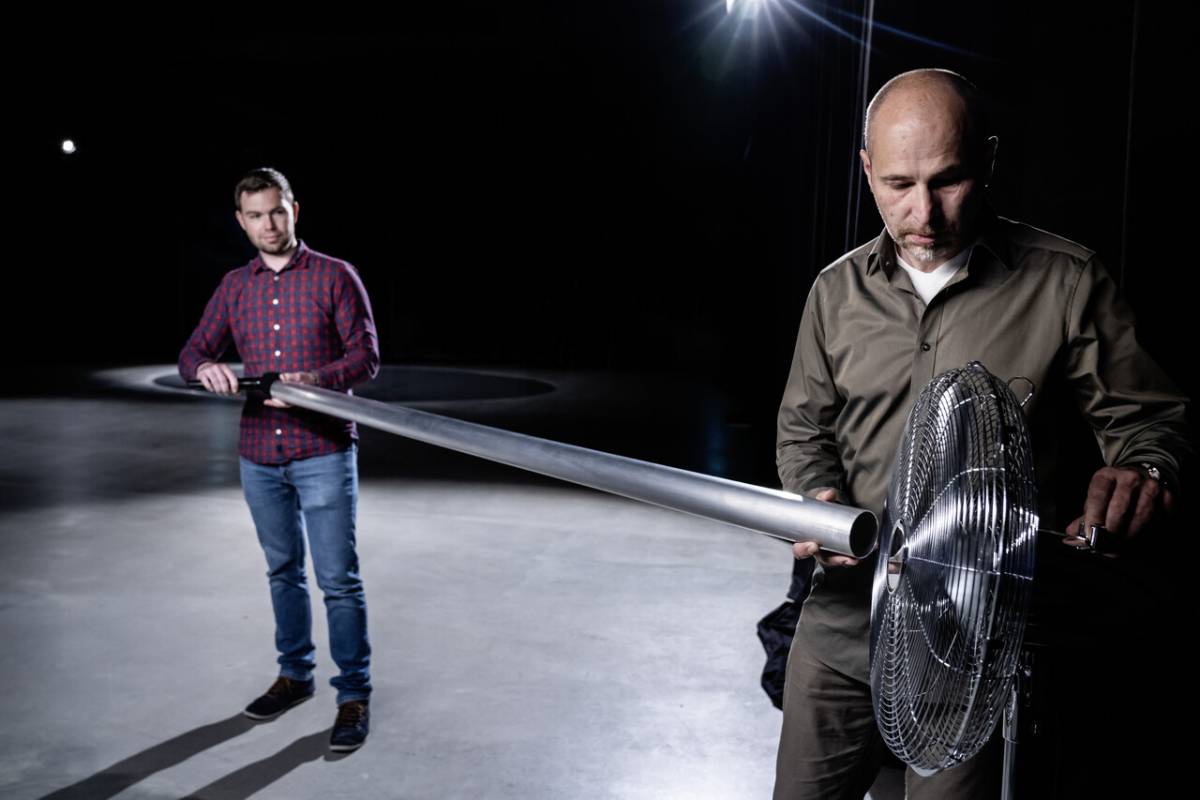 “Our sound is continuously recreated as the algorithm mixes and prioritizes the individual sounds differently,” explained Stephan Gsell. “This is based on data about the rotational speed of the electric motors, the load, the vehicle speed, and other parameters supplied by the drive management system.” True to form, the e-tron GT’s unique sound character is dependent on the chosen driving mode, and clients can choose between a standard AVAS or Acoustic Vehicle Alerting System or an optional sound package that delivers a more immersive audio experience. 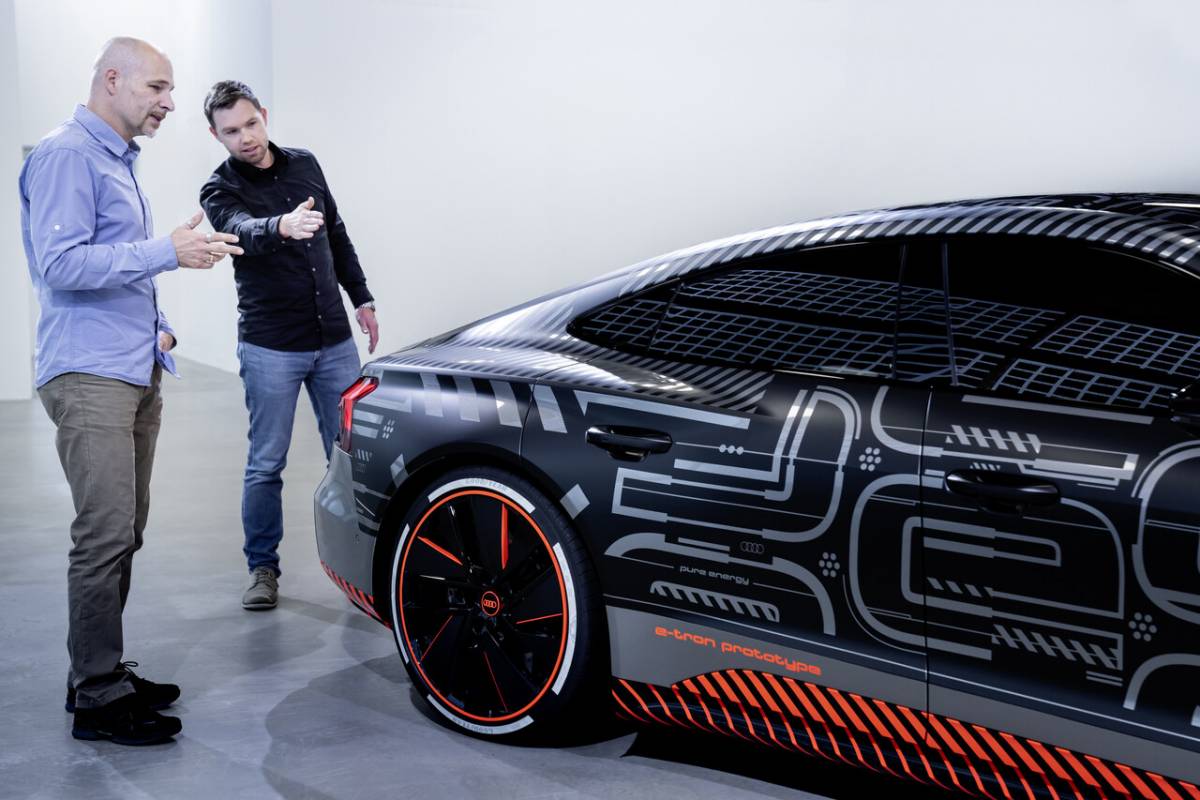 The former emits a statutory warning sound at lower vehicle speeds as prescribed by law. AVAS consists of a single loudspeaker in the frontal area of the vehicle, and produces an audible sound once the car gets moving until 12.4 mph (for European versions) and 20 mph (North American models). Upon reaching speeds up to around 38 mph, the AVAS declines gradually and eventually becomes inaudible. In the meantime, choosing the optional sound package includes two control units and amplifiers in the luggage compartment, exterior speakers in the front and back, and two loudspeakers in the rear doors.

The driver can choose how the sound is delivered by shuttling the Audi drive select dynamic handling system. In comfort mode, only the rear exterior speaker is audible and remains active until reaching the e-tron GT’s 149.1 mph top speed. But in dynamic mode, both exterior loudspeakers come alive and work in tandem with the interior speakers. Audi claims the e-tron GT is the first Audi EV in which clients have the freedom to configure the vehicle sound. 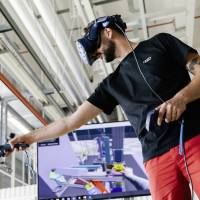 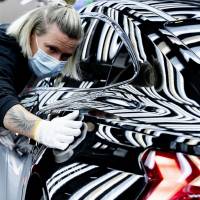 The Audi e-tron GT in the finishing area at Böllinger Höfe. 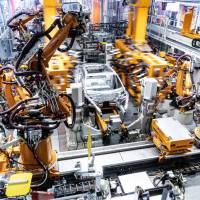 The body shop of the Audi e-tron GT at Böllinger Höfe: The two-way framer combines all manufacturing steps for joining the sides in single system. The system comprises 10 robots and 32 tools. 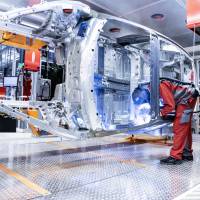 The body shop of the Audi e-tron GT at Böllinger Höfe. 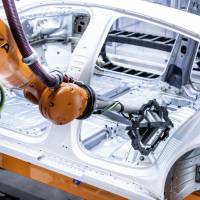 The body shop of the Audi e-tron GT at Böllinger Höfe: The technology of the correlation-free inline measuring works with the highest level of precision. 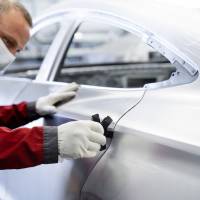 The body shop of the Audi e-tron GT at Böllinger Höfe: The production includes a lot of work done by hand. 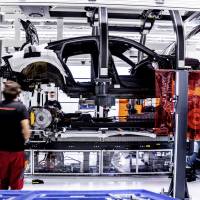 The assembly facility of the Audi e-tron GT at Böllinger Höfe: During the marriage, employees fasten the battery and the drive components to the body with screws at 74 points. 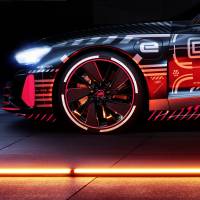 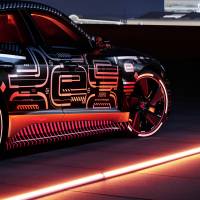 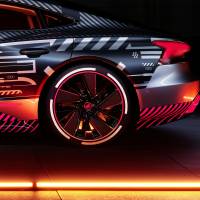 Production of the newest Audi e-tron GT will commence at the end of 2020 at the Böllinger Höfe assembly plant. What’s interesting is the e-tron GT will be built alongside the R8 supercar, which doesn’t surprise me since the e-tron GT is essentially an electrified R8 with four doors. “We have successfully brought together two completely different vehicles on a joint assembly line,” said Wolfgang Schanz, Head of Production at Böllinger Höfe. “We retained the skilled craftsmanship from the R8 facility and supplemented it with new, smart technologies.” 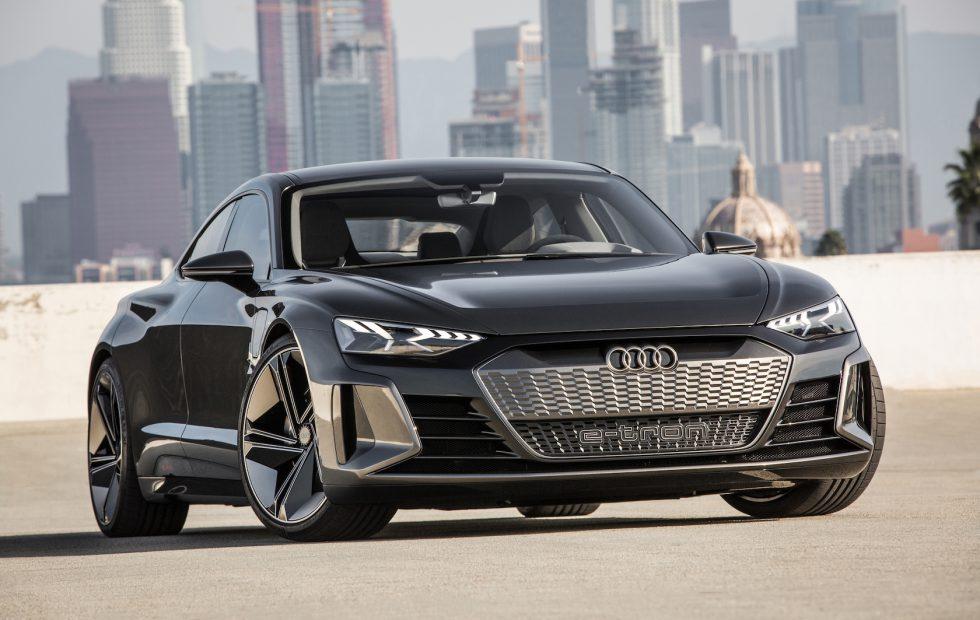 Perhaps the most important of all is the drive towards sustainable and Earth-friendly production methods. According to Audi, energy supplied to the plant will come from 100-percent renewable sources as production of the e-tron GT starts at the end of this year, and the site has started using eco-electricity for production operations since early 2020. 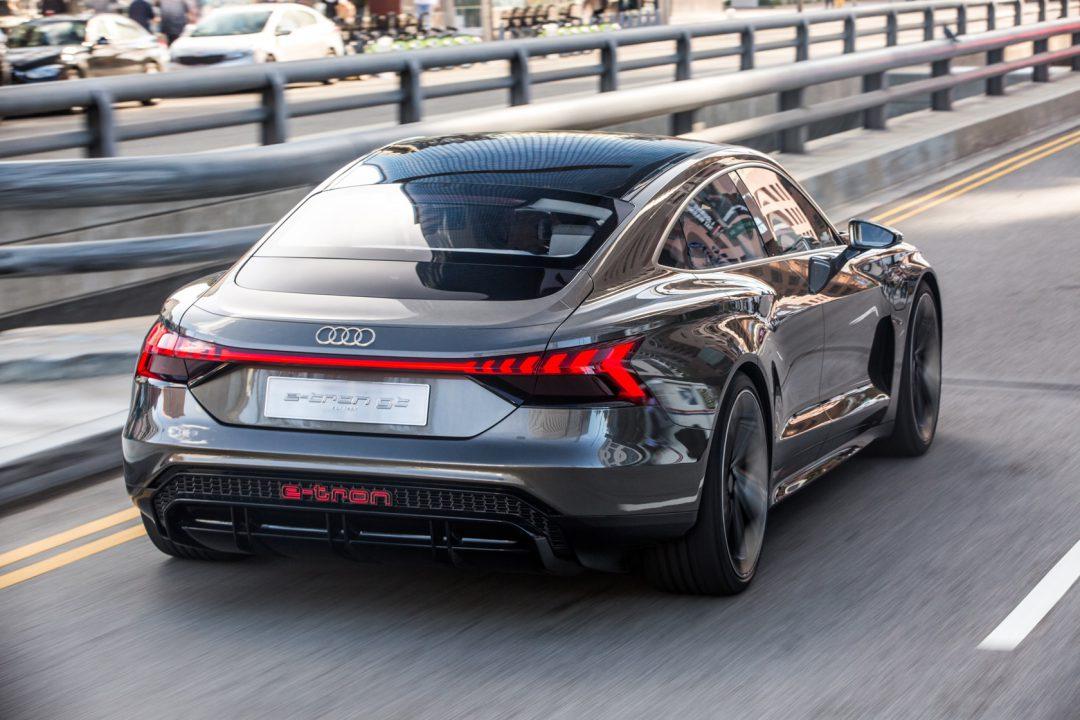 To say the new Audi e-tron GT marks the beginning of a new era for the German carmaker is a huge understatement. “It symbolizes the Audi DNA, and it perfectly represents our innovative, pioneering spirit,” concluded Wenders. “The e-tron GT is the pinnacle of progressive engineering and is the future hallmark of the Audi brand.”