2021 Infiniti QX50 Review – Cruising in the most competitive segment

You can be a good premium compact crossover and still get overshadowed in the segment, and that’s the problem the 2021 Infiniti QX50 faces. The most competitive category in the industry demands not just proficiency but outright excellence, and moreover not just in one area but across the board.

With its bulging hood, gaping grille, and strong crease lines along its flanks, the QX50 is certainly a handsome crossover. The 20-inch dark painted wheels of the Autograph trim look suitably beefy, too, and the LED daytime running lights are distinctive. If you demand more style, meanwhile, the upcoming QX55 will take the same platform as the QX50 but dress it up in a “four door coupe” body that trades a little cabin practicality for aesthetics. 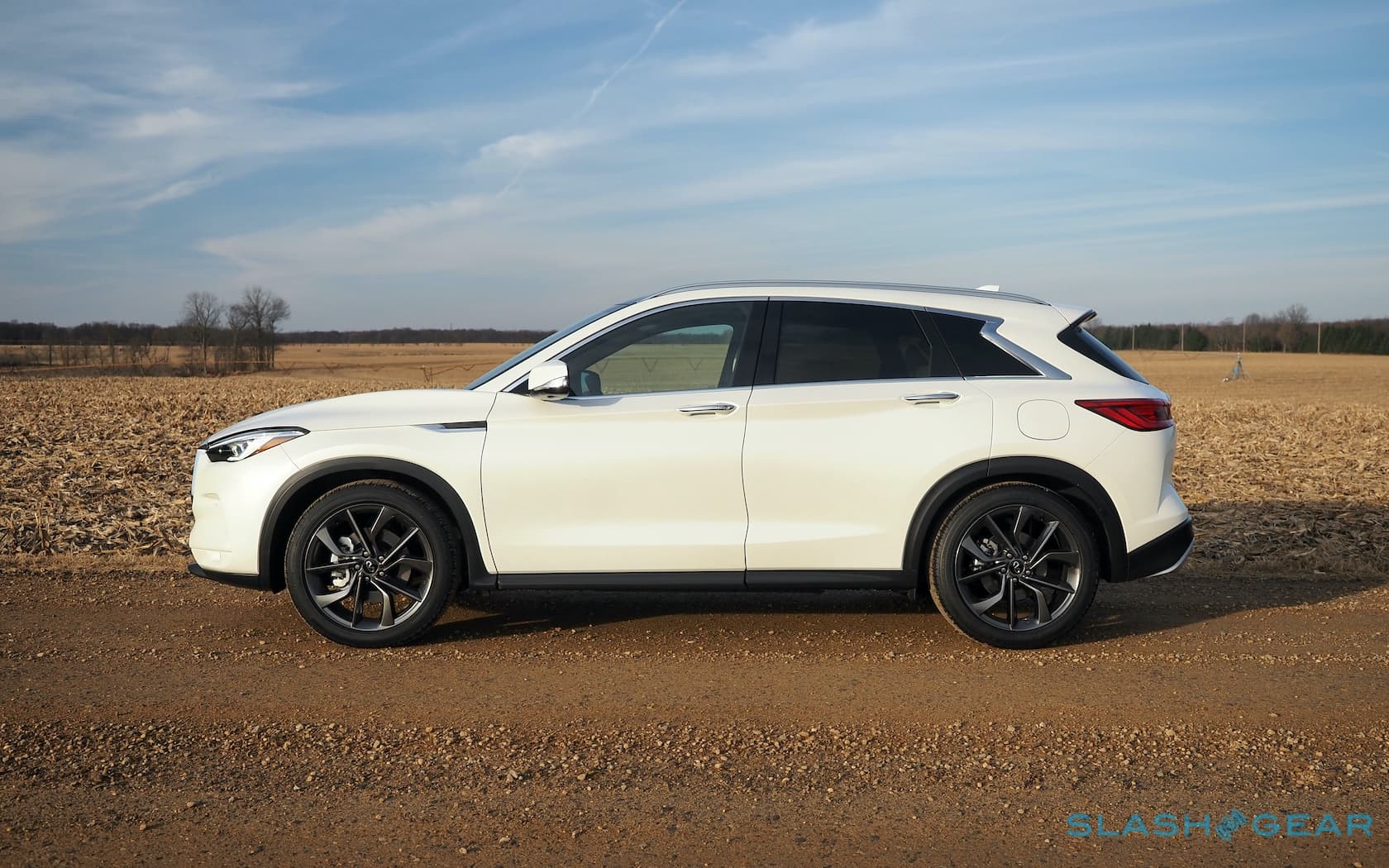 That’s a not-inconsiderable amount of cash and pits Infiniti’s crossover against some big-name competition. It also doesn’t upgrade the engine: you get the same 2.0-liter turbocharged 4-cylinder as in the base-spec QX50. It’s Infiniti’s VC-Turbo, with clever variable compression ratios that promise frugality when you’re driving sedately but a bump in performance when you’re pushing harder. 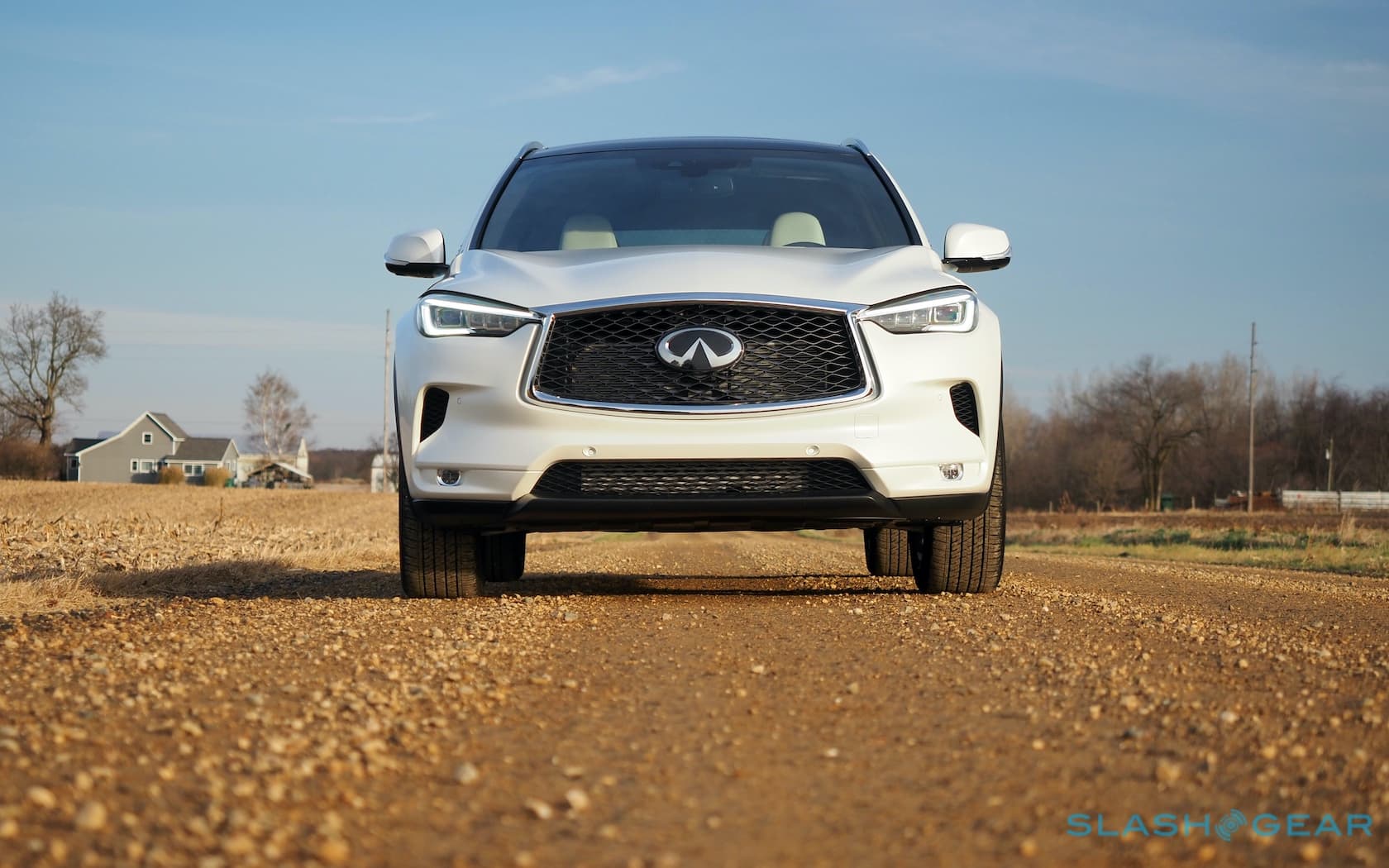 Either way there’s 268 horsepower and 280 lb-ft of torque, along with a continuously variable transmission (CVT) and all-wheel drive. Infiniti uses its Direct Adaptive Steering system on higher-spec QX50 trims like the Autograph, too, a digital system that replaces the mechanical link.

It’s allows the crossover to adjust steering feel – including weight and responsiveness – depending on drive mode, though even in this latest iteration it can still feel detached. A little like you’re using a gaming wheel, maybe: it’s direct, but you miss out on communication from the asphalt and so the whole thing has an artificial edge to it. 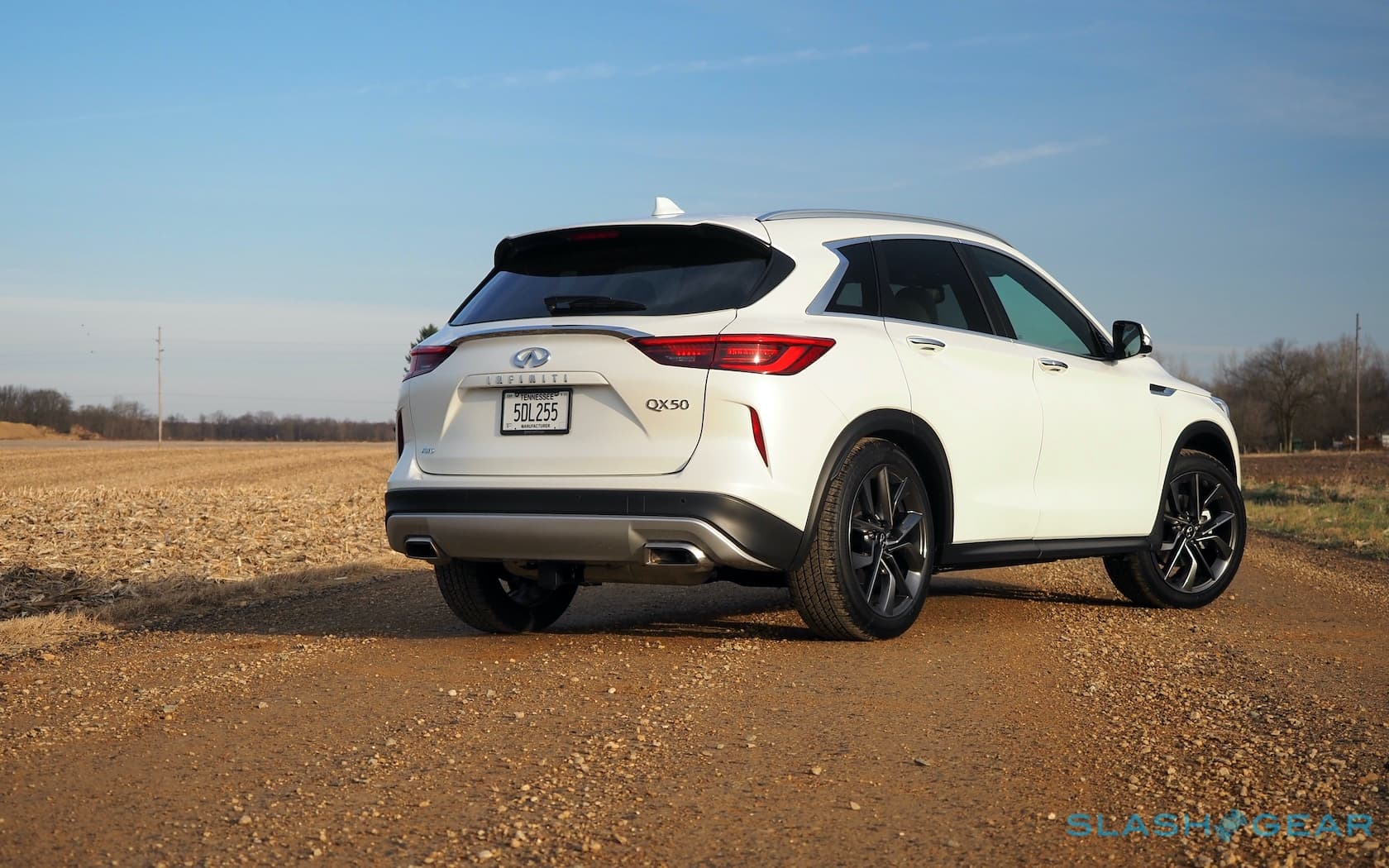 The same could be said for the transmission. CVTs don’t have much of a reputation for sporting prowess, and the example in the QX50 isn’t going to change that. The power figures really aren’t bad for something in this class, but the engine sound gets harsh when you push harder, and then the transmission adds its own sawing drone. Some cars encourage you to switch to sportier modes and get playful, but the QX50 really doesn’t sound like it’s enjoying it.

Better, then, to settle back and cruise more sedately. Infiniti has dialed in a comfortable ride, erring slightly more on the sporting side with little body roll in corners, but still compliant enough to shake off most bumps’n’potholes. ProPILOT Assist – which combines adaptive cruise and steering assistance, though demands a reassuring hand remain on the wheel – weighs in nicely there, too, taking some of the headache out of highway cruising. 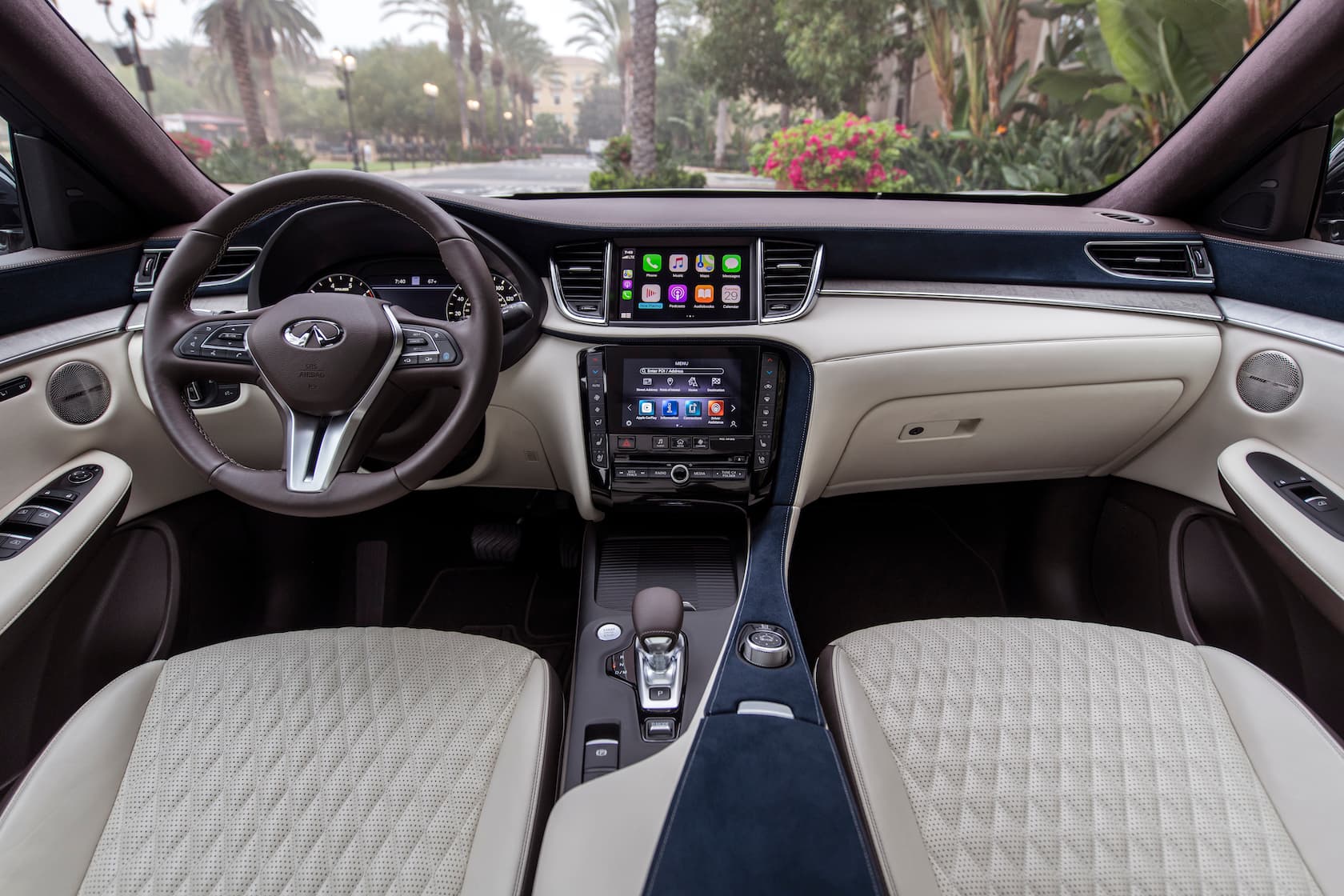 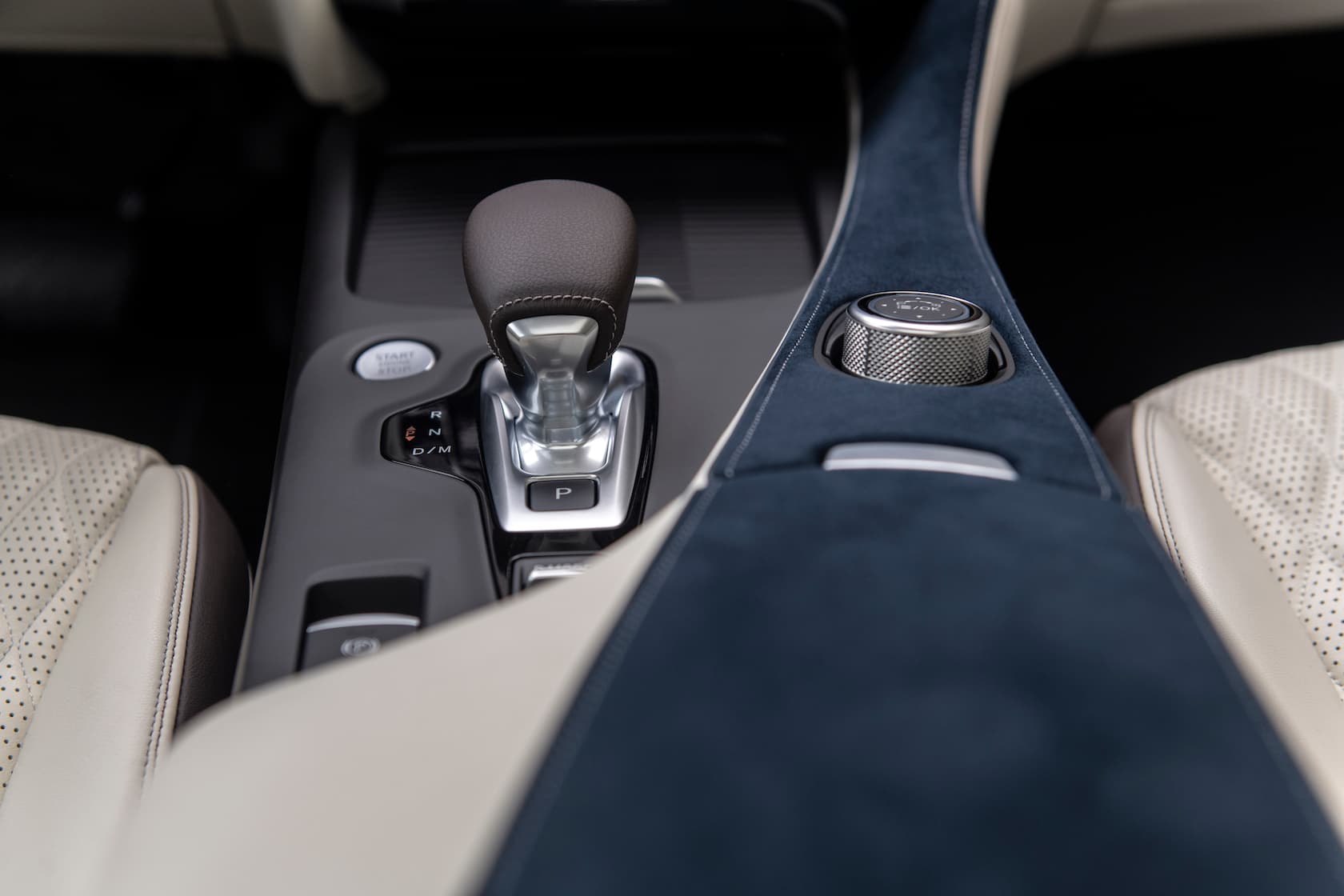 It’s an unusual and eye-catching finish, especially in the swathes across the dashboard and center console where the bright blue faux-suede begs you to reach out and stroke it. Not, certainly, the most practical choice, but memorable and definitely in keeping with the QX50’s high-end aspirations. 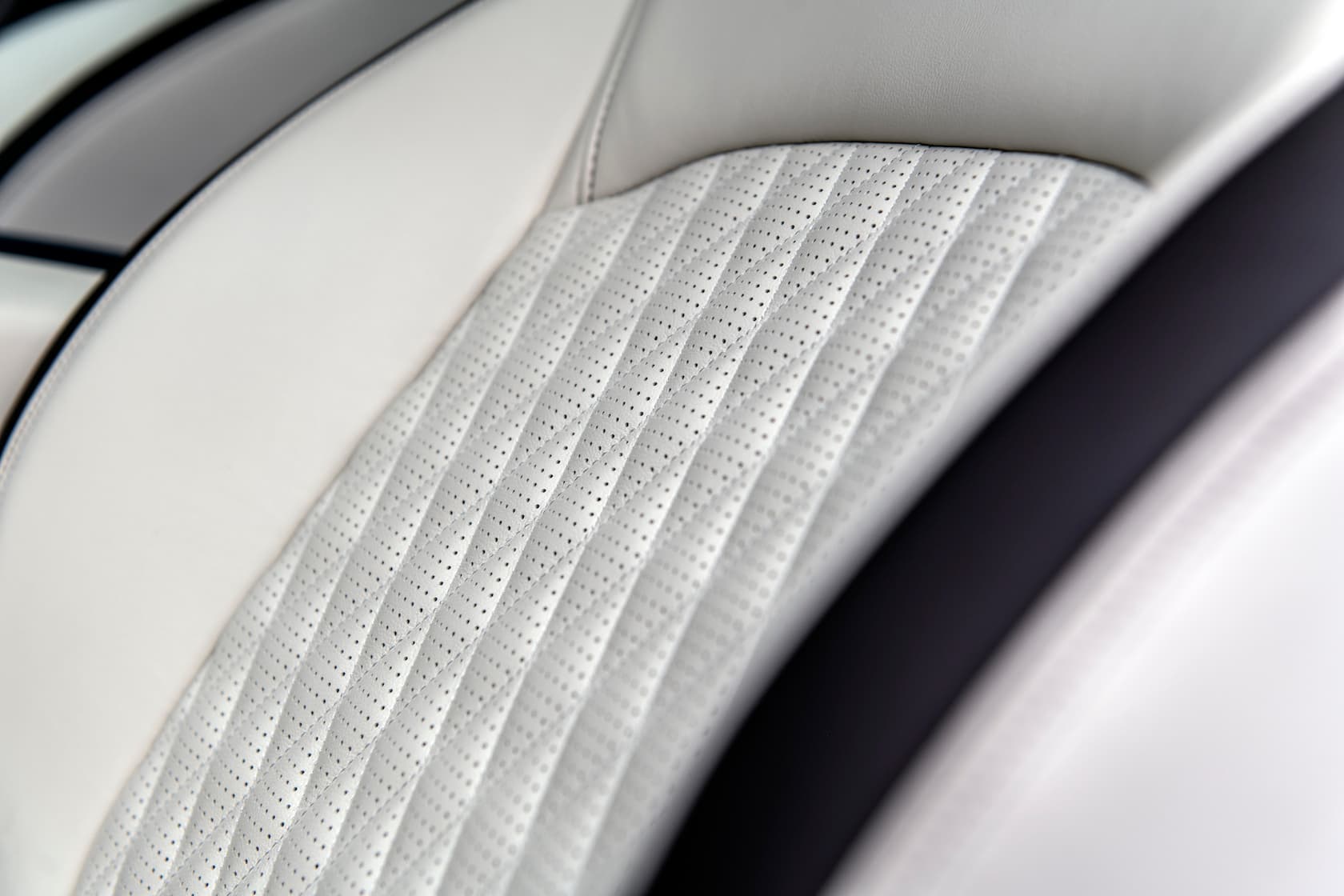 I wish I could say the same for the infotainment. As in the QX80, the smaller Infiniti gets a dual touchscreen system stacking a pair of screens with shortcut buttons around and between them. There’s Apple CarPlay and Android Auto, plus a Bose 16-speaker audio system, but the whole thing feels more complex and haphazard than it really needs to.

Despite the surfeit of physical buttons, Infiniti still buries some controls – like the heated steering wheel – in a separate climate menu, for instance. The fact that corporate sibling Nissan has a cleaner, easier-to-use infotainment system in its recent crossovers and SUVs makes the shortcomings here all the more obvious. 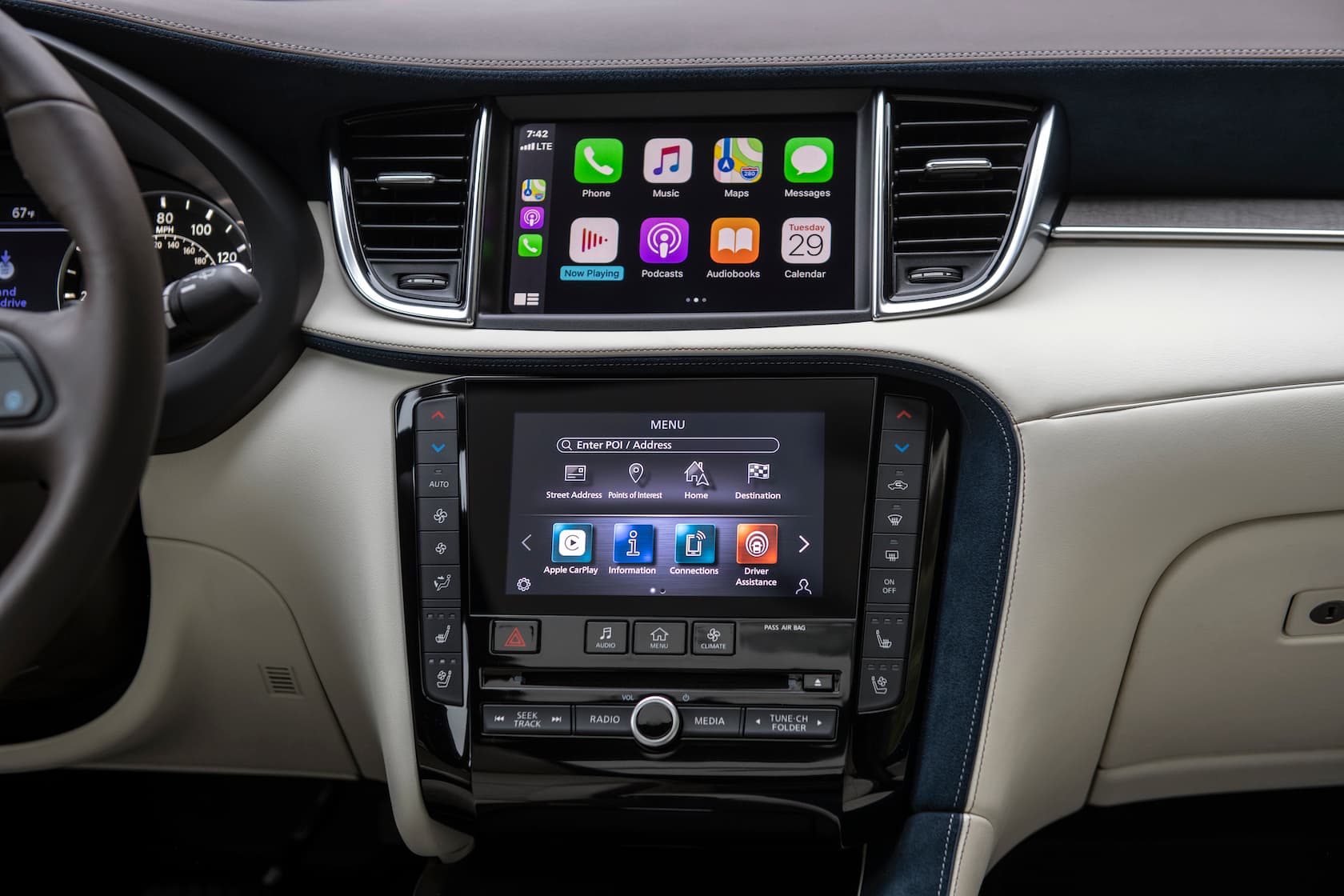 Equally frustrating is economy. For all Infiniti’s boasts of VC-Turbo’s potential gas-sipping, the 22 mpg city, 28 mpg highway, and 25 mpg combined numbers are only on a par with crossover rivals. More annoying still, it fell short of them in my own mixed driving. With no hybrid on the options sheet, this is as good as it gets for the QX50, and that’s disappointing.

At least cargo space is healthy. 31 cu-ft with the rear seats up, expanding to up to 65 cu-ft with the 60/40 split bench folded. You’ll need one of the higher trims for a power liftgate, mind. The $285 Cargo Package adds various nets, organizing blocks, and a reversible cargo area protector to help make the most of the room. 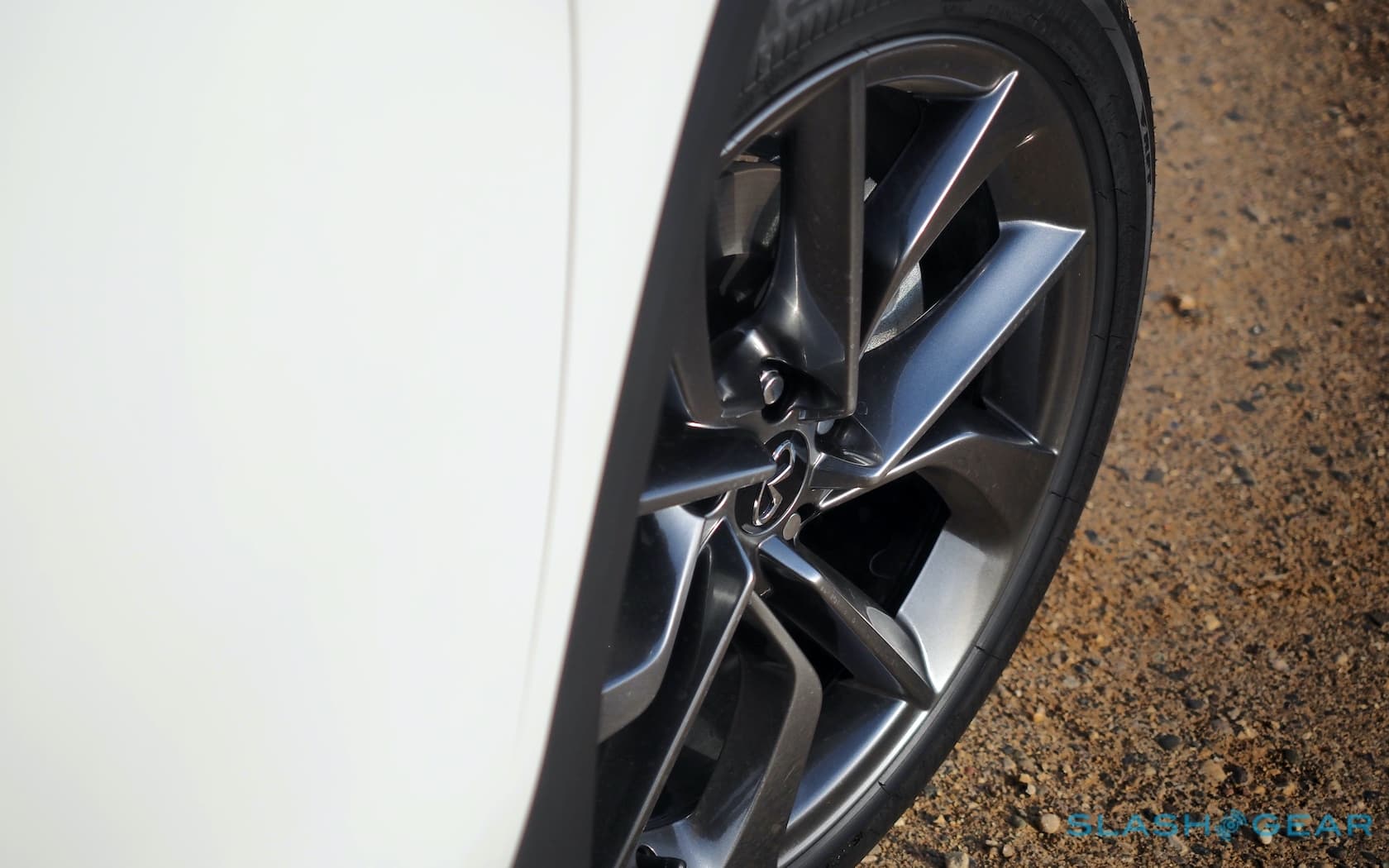 Down near the entry-level, the QX50 makes a lot of sense. It’s spacious inside, for both those up front and in the rear, with healthy cargo space and a smooth ride. Skip the entry-level Pure trim in favor of Luxe or Essential and there’s a decent amount of cosseting there too, and a QX50 Luxe AWD comes in at under $44k before options. 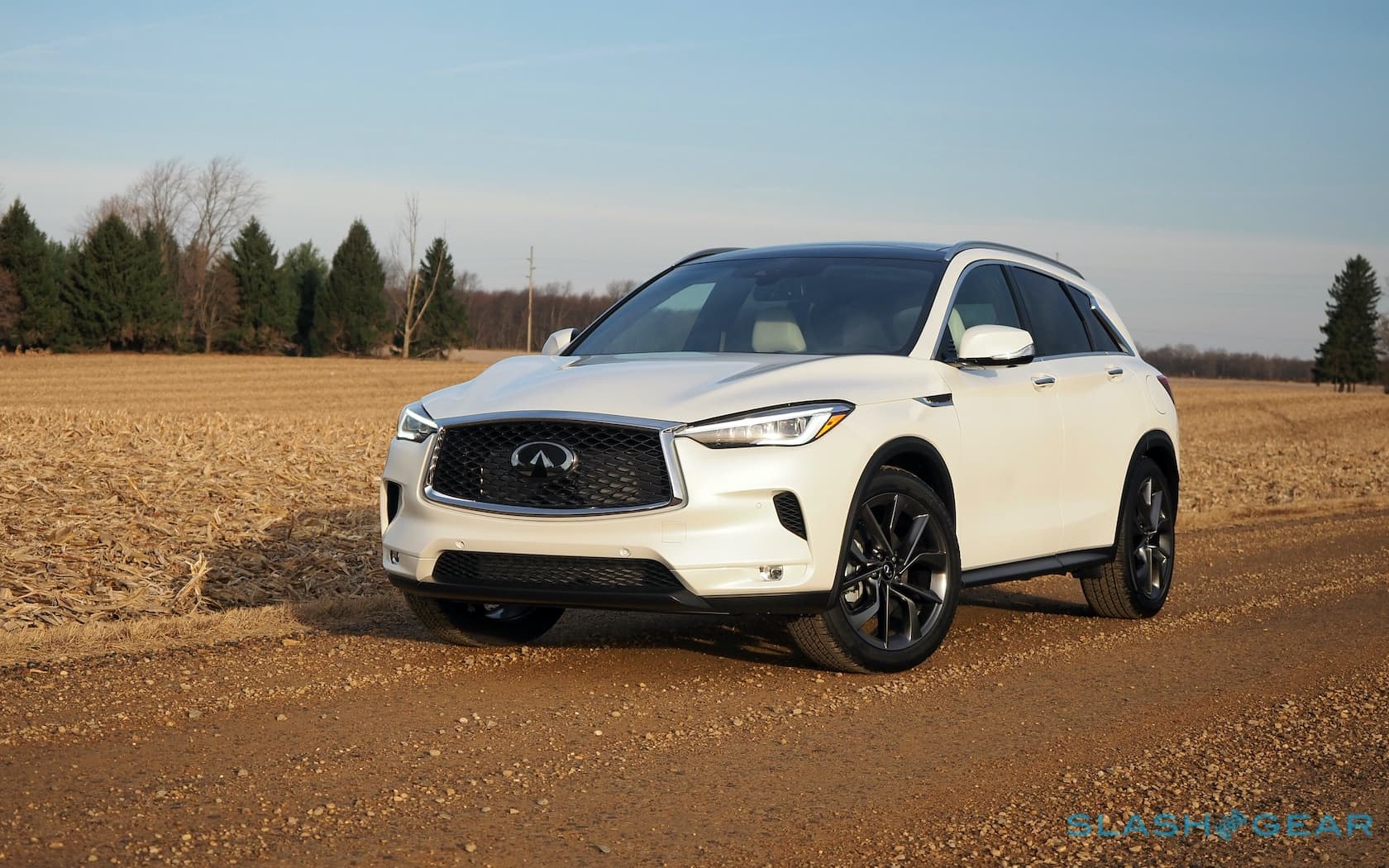 Things start to lose momentum higher in the range, however, where the pricier QX50 trims find themselves competing with some hefty rivals. A Volvo XC60 feels more premium, while for the same money as this Autograph AWD you could have yourself a Porsche Macan S. The Infiniti simply can’t compete on power, dynamics, or prestige.

The compact crossover segment is fiercely competitive right now, and “good” simply isn’t, well, good enough. With its VC-Turbo tech failing to deliver on Infiniti’s dual-personality promise, and electrification MIA, the 2021 QX50 lacks the stand-out features it would need to best the heavyweights in its category. It’s a handsome cruiser and the driver-assistance tech is solid, but rivals are still ahead on rewarding driving and true luxury.