The 2020 Kia Soul EV already made a splash with its neon-green paint job back when the all-electric hatchback made its debut in November 2019, and now we know how far it should go on a full charge. The second version of the electric car – based on the new, third-generation Kia Soul – has the biggest battery so far, and that unsurprisingly pays dividends.

Kia’s first version, the 2016 Soul EV, had a fairly conservative power pack. Of the 30.5 kWh lithium-ion battery, 27 kWh were usable. That gave it a range of only 93 miles.

Come the 2018 model, year, the Soul EV got a battery upgrade. Kia slotted in eight extra cells to its pack, and tweaked the usable power ratio so that, of the 31.8 kWh, the electric car could tap into 30 kWh total. That stretched the official range to 111 miles. 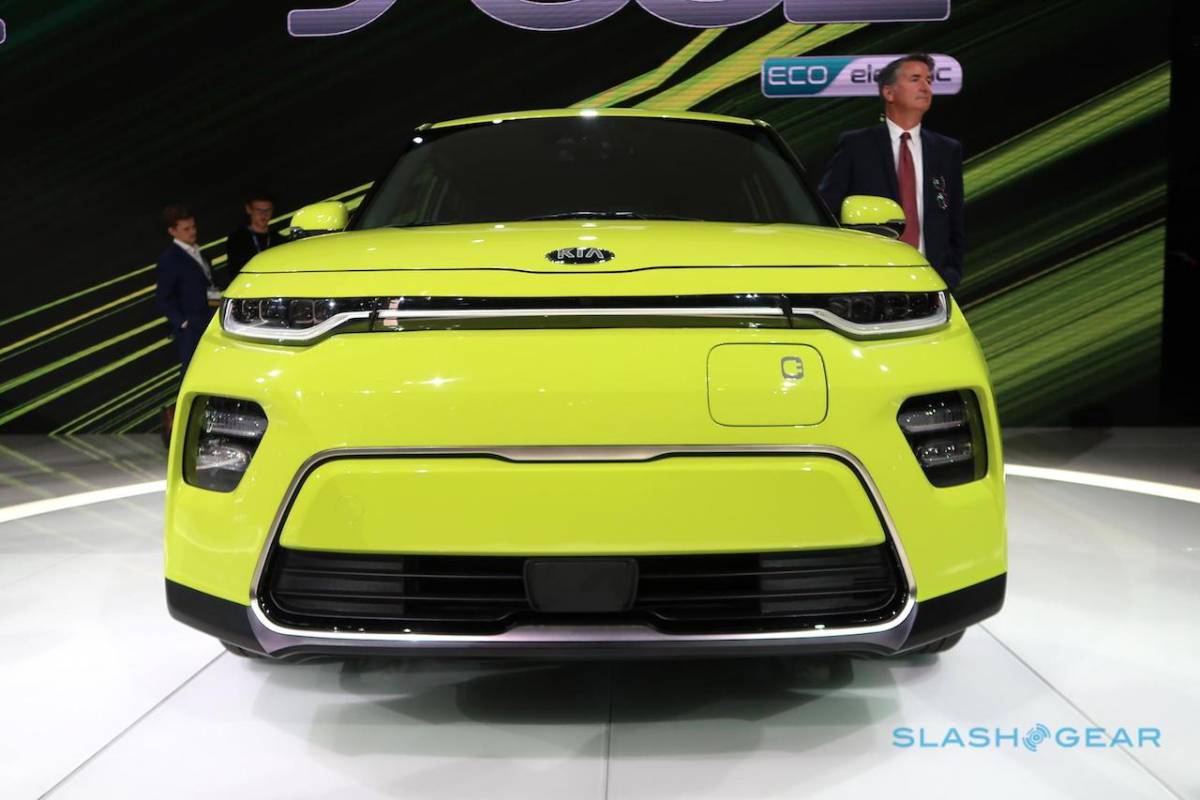 Even then, the 2020 Soul EV needed to bring something more impressive, given the state of the electric vehicle space right now. Kia did just that: when the 2020 Soul EV made its debut at the LA Auto Show 2018, it arrived with a 64 kWh battery in total. However the automaker was playing total range close to its chest, promising such numbers nearer to the car’s launch.

Now the new Soul EV’s range has been confirmed, and it’s an impressive number altogether. The US Environmental Protection Agency (EPA) has added the BEV to its fuel economy database, confirming a total range of 243 miles. That’s more than double what the old Soul EV was rated for.

According to the EPA, the 2020 version of the car will do 127 MPGe (miles per gallon equivalent) in the city, and 101 MPGe on the highway. That adds up to a 114 MPGe combined figure. The EPA bases its numbers on one gallon of gasoline being equivalent to 33.7 kWh of battery. 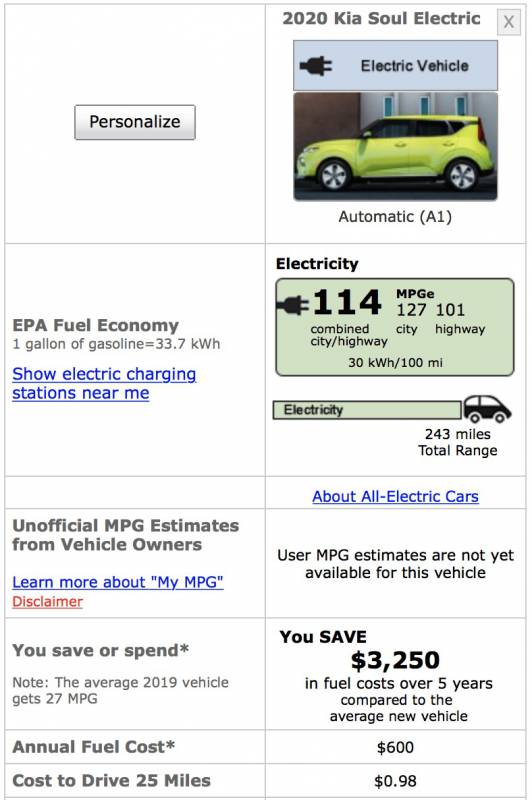 The total range is certainly in line with what we were expecting. The 2020 Soul EV uses the same electrification platform as the 2019 Hyundai Kona EV, which is rated for 258 miles of all-electric driving. We’d wager the blunter aerodynamics of the boxy Soul styling account for the slight fall of the EV’s range in comparison with the more curvaceous Kona.

Still, even with a few miles of range missing, there’s a lot to like about the 2020 Soul EV. Kia hasn’t announced pricing yet, but again we’d expect something in the region of the Kona EV’s figure. That kicks off at $37,495, including destination but before any federal and state incentives. 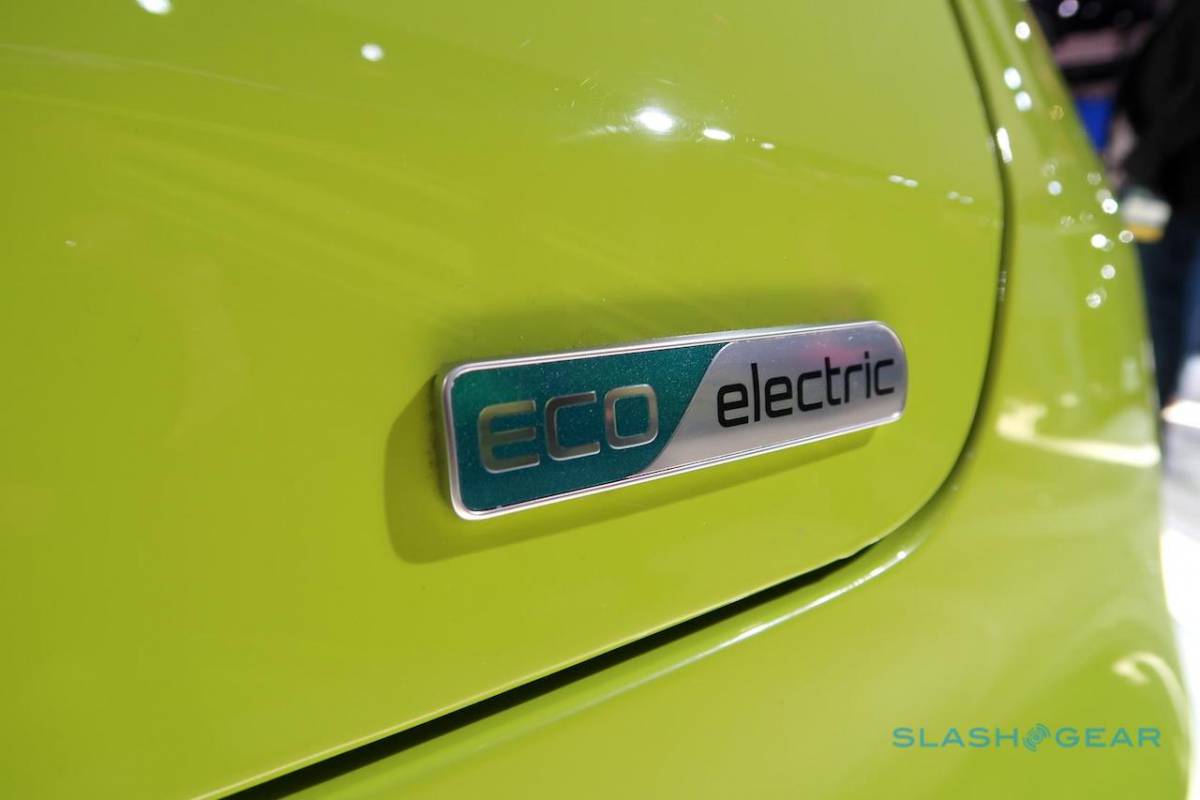 It’s aggressive, and there’s no reason to doubt that the 2020 Soul EV will be similarly so. Meanwhile drivers will get 201 horsepower and 291 lb-ft of – instantly arriving – torque to play with, along with paddle shifters that control four levels of regenerative braking. Independent rear suspension suggests Kia isn’t compromising on ride, either, and the cabin is spacious and flexible.

As for charging, along with the 64 kWh battery, Kia is fitting CCS DC fast charging as standard. While exactly how swift the new Soul EV will be to charge hasn’t been confirmed yet, in the Kona EV the same 7.2 kW system is enough, on a compatible Level 3 charger, to go from 0-percent to 80-percent in 54 minutes.

The biggest question we have is just where the 2020 Soul EV will be offered. Hyundai disappointed many would-be Kona EV drivers when it revealed it would be prioritizing EV-friendly markets, but Kia is yet to make any such official statement. We should find out more closer to the new Soul EV’s launch, sometime later in the first half of this year.