Deja-vu. That’s the first thing I felt behind the wheel of the 2017 Mercedes-Benz E300 4MATIC sedan, and not just because it had only been a matter of weeks since I drove its E400 Coupe sibling. No, what’s striking about the E300 is just how much of the S-Class experience it offers.

That’s no bad thing, of course. In the automotive arms race that is the luxury car segment, companies like Mercedes, BMW, and Audi treat their line-ups as a cascade. The cutting-edge makes its debut on the most expensive model, then those same features trickle down through the cars until it’s attainable at prices you could consider almost reasonable. 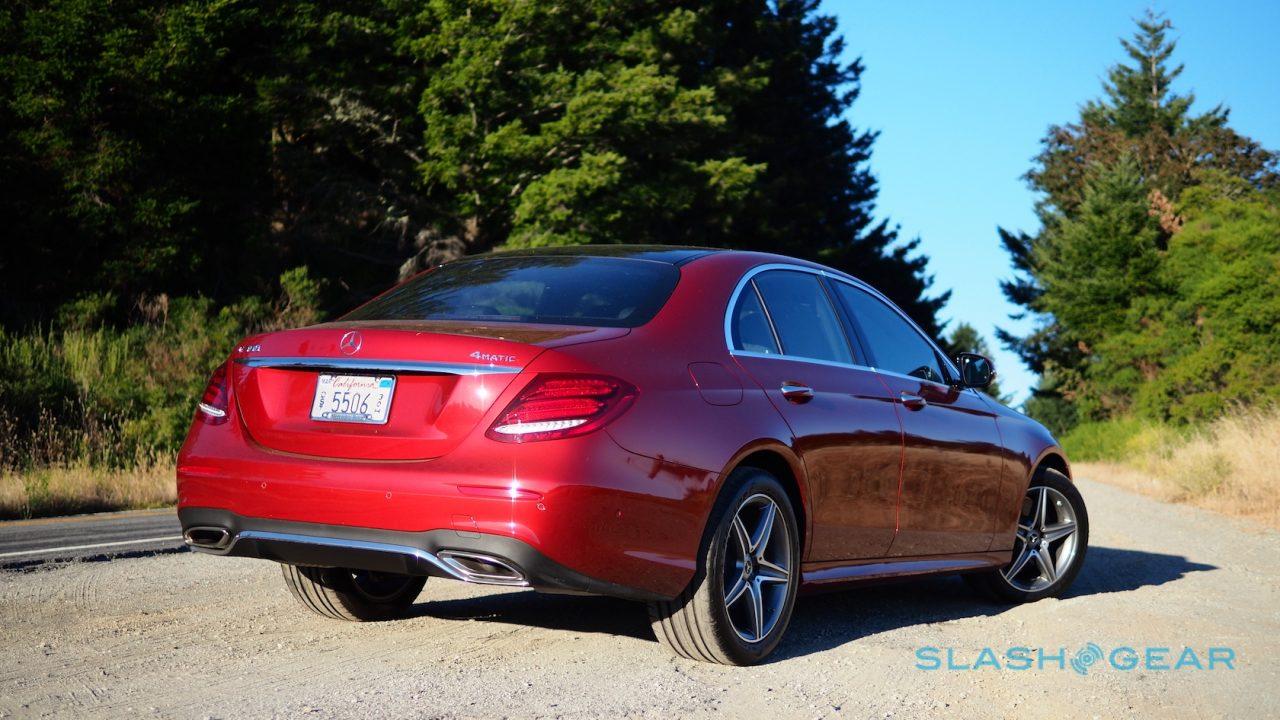 That may not be new, but the pace at which that inheritance happens is unprecedented. Perhaps it’s the increasing pressure – not least technological – from fast-moving rivals like Tesla; maybe it’s the same commoditization that has democratized smartphones, blended with the increasingly rapid refresh cycles modern cars face. Pick your reason, pay your money, drive away your mini-limousine.

Or don’t drive – almost. For the 2017 model-year the E300 gets the S-Class’ DISTRONIC driver-assistance system, a combination of adaptive cruise control, lane-keeping, and automatic lane-changing that, when the roads are right – which usually means “when you’re on the freeway” – promises to take some of the headache out of distance driving. 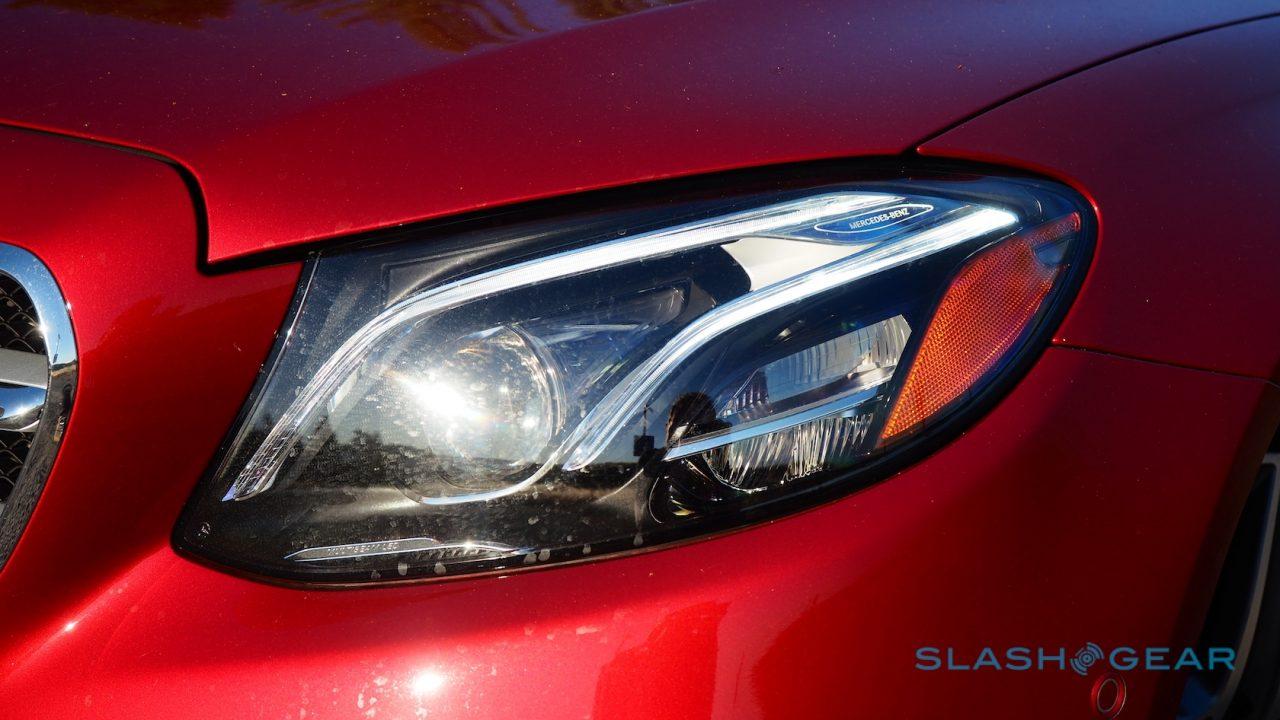 It’s certainly one of the better systems on the market, but DISTRONIC was at a disadvantage. While I had the keys to the E300 I also tried out a pre-production version of Cadillac’s Super Cruise system, set to be offered on the CT6 later this year. Compared to Caddy’s rock-steady lane positioning and its hands-off attention tracking, Mercedes’ alternative seemed tenuous at times, sashaying between the road markings and periodically bleating for a hand back on the wheel. The updated system on the 2018 S-Class fared much better.

Taking a more involved approach is more rewarding, anyway. The E300 may have succumbed to the four-cylinder, turbocharged direction the rest of the industry is moving, ditching the V6 in favor of something more frugal, but it does more than you’d expect with a 2.0-liter inline-4 turbo. 241 horsepower and 273 lb-ft. of torque aren’t going to rip the eyebrows from your face, but power arrives smoothly and seamlessly through the 9-speed automatic and is put down without complaint courtesy of the all-wheel drive. 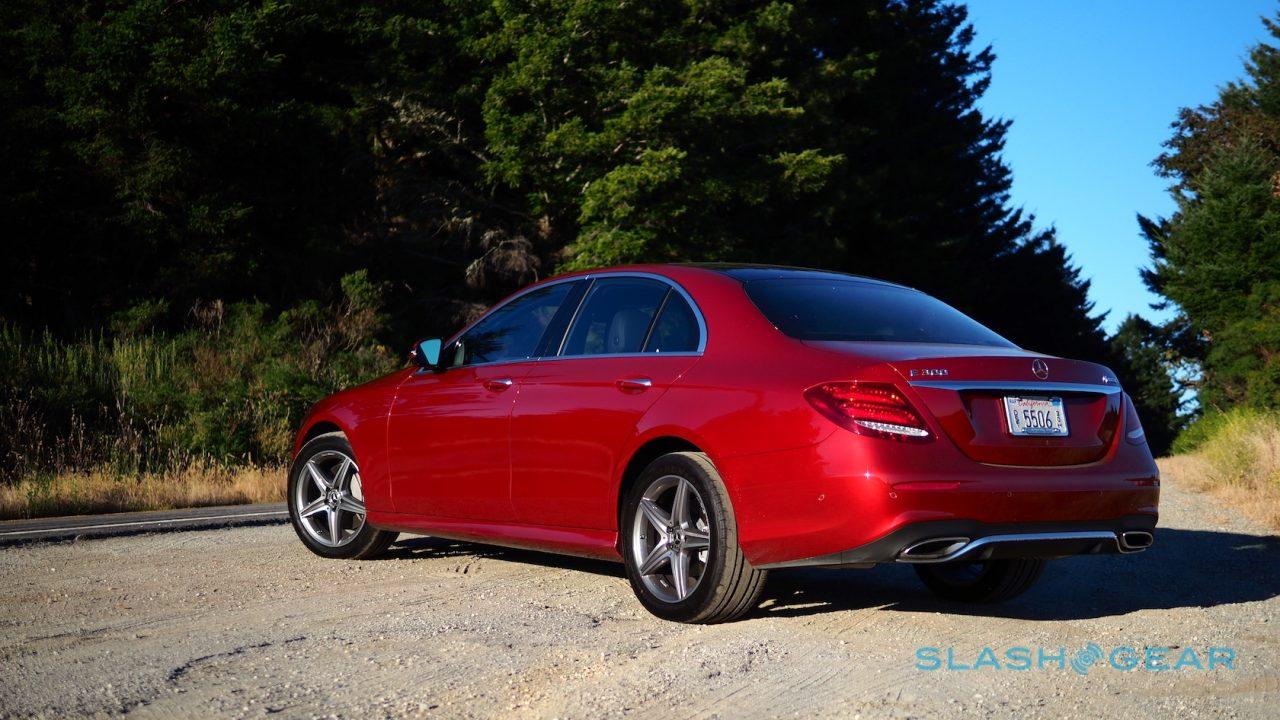 Factor in Mercedes’ excellent air suspension system – part of the Premium 3 Package that also includes DISTRONIC, parking assistance, a bevy of active safety tech, and massaging front seats, among other niceties – and you have a surprisingly rewarding car on the road. True driving zealots will want to look to the AMG-tuned models, sure, but the E300 hides its mass well. All the same, in Sport mode it keeps a poise in backroad cornering that the bigger S-Class which inspires it can’t match.

Flick to Comfort mode, meanwhile, and it’s a good reminder why Mercedes is the go-to for executive driving around the globe. The 9G-TRONIC gearbox that was so keen to downshift in Sport and Sport+ modes instead favors discretion; the steering is light and the ride cosseting. Meanwhile you have one of the most impressive cabins in the segment to enjoy. 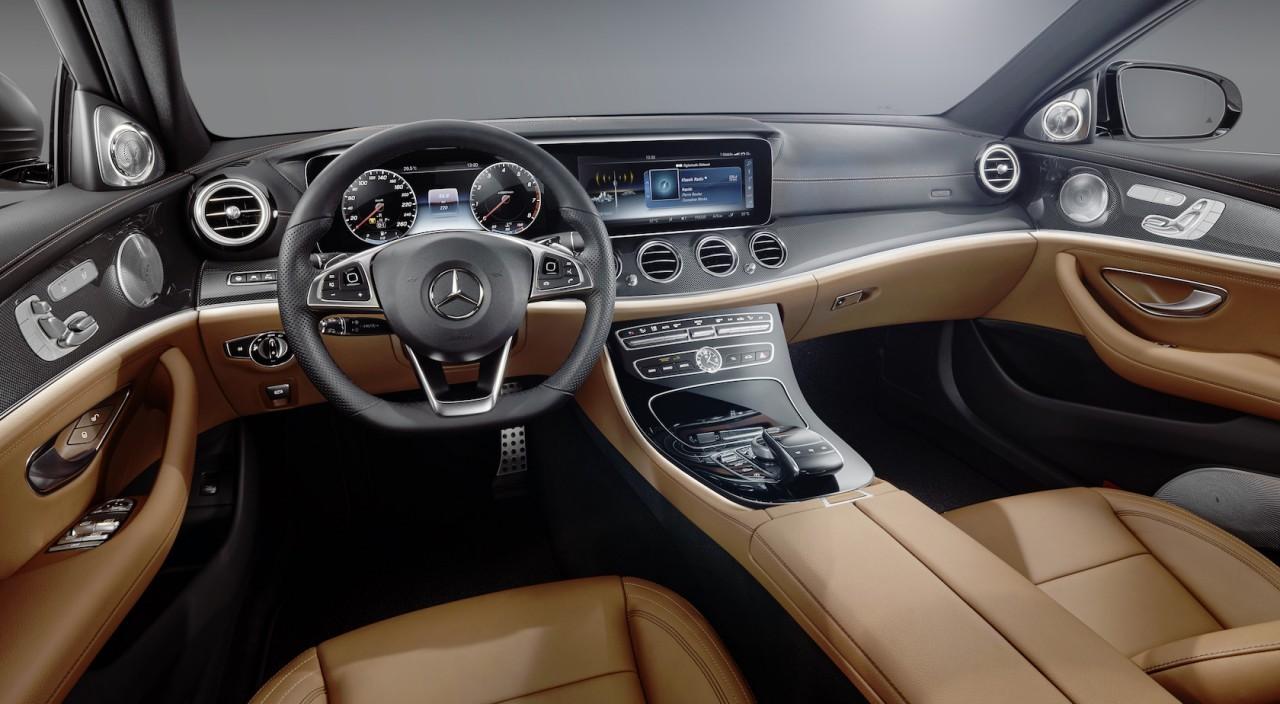 Mercedes has embraced the digital cockpit in a big way, and the E300’s dashboard is dominated by a pair of 12.3-inch widescreen LCDs. The driver’s is an $850 option, with configurable virtual gages, while the center panel is standard, for navigation, multimedia, and more. Neither supports touch, mind; instead, control comes courtesy of a trackpad in the center console, together with a jog-wheel and a cluster of shortcut buttons.

COMAND, the automaker’s infotainment system, is a little intimidating at first. There’s a lot to dig through, from the plentiful settings for cabin comforts like multiple seat-massage programs and color-changing LED lighting, through the WiFi hotspot, Android Auto and Apple CarPlay, and options for the $5,400 Burmester 3D surround sound audio system with its motorized pop-out tweeters in the door pillars. At times it can feel profligate in the way it uses screen real-estate, too: where rivals pack as much as possible into their split-screen UIs, Mercedes’ expansive graphics would probably feel just as much at home on a panel half the size, even if that would be less dramatic. 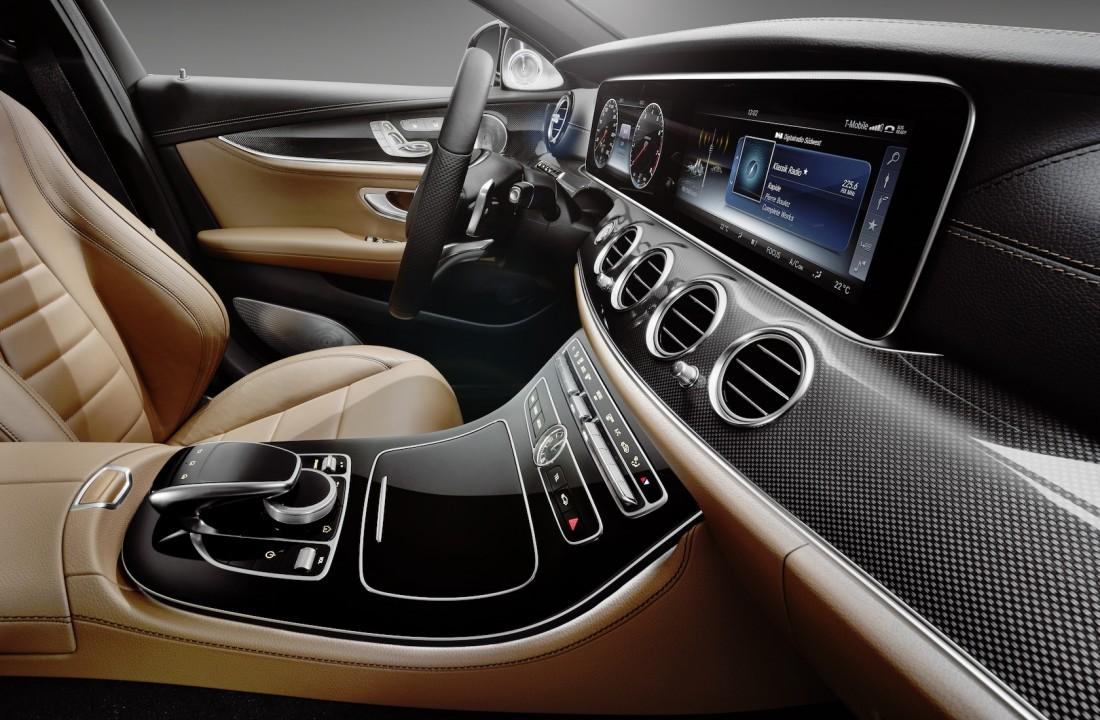 Still, there’s a cohesiveness to the cabin that can’t be overlooked. The seats provide just the right balance of plush and firm; the standard dual-zone climate control is swift and effective; the $1,090 panoramic sunroof keeps things feeling light and airy. Bar some elephant-butt textured plastic in the lower-half of the dash, everything you touch feels premium. It feels, in fact, just like the S-Class.

If there must be a downside, then, it’s that just as in Mercedes flagship you pay a healthy fee if you want all these toys. The E300 4MATIC starts out at a very reasonable $54,650 (plus $925 destination) but check off a few options and that price rapidly spirals. The “designo” metallic red paint, gloss black wood interior, and plentiful Nappa leather are $7,280 alone; giving the front seats heating and ventilation adds $450, then another $600 for heating the steering wheel and armrests, and $620 more for heating the rear seats. Bumping up the acoustic insulation is a $1,100 option. 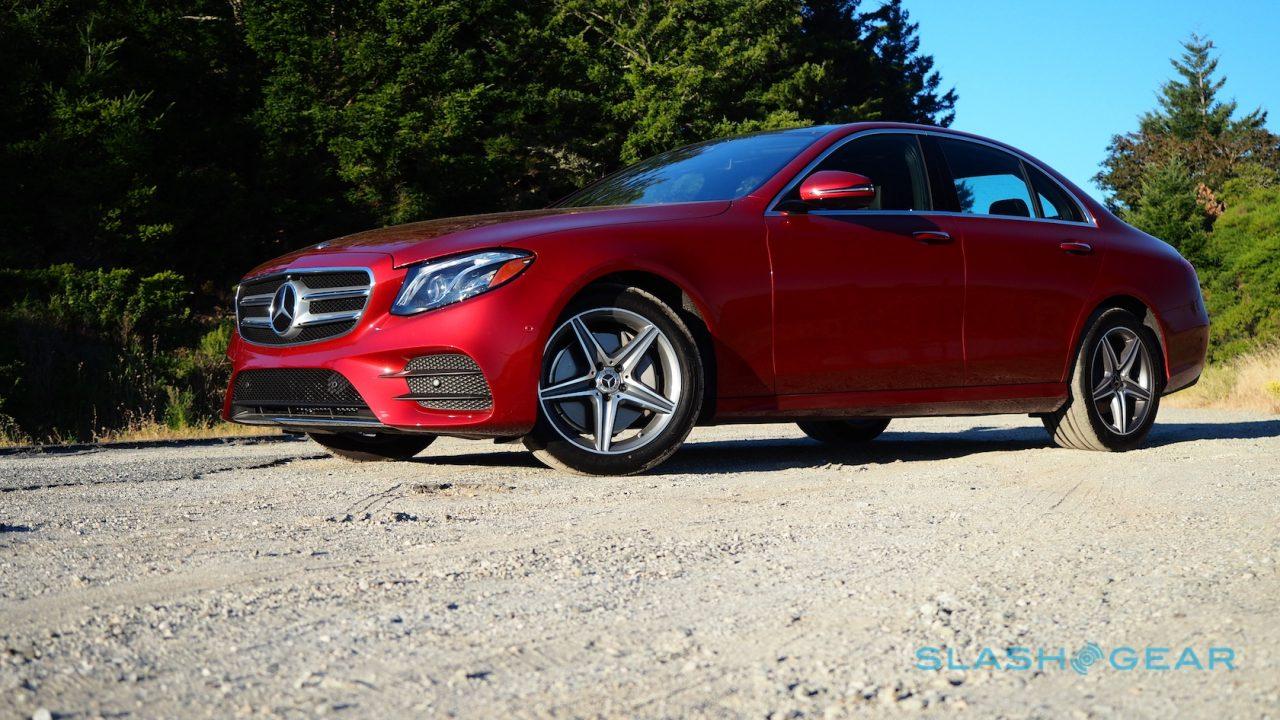 The biggest single expense is the Premium 3 Package, at $10,400. It’s there that the E300 gets its tech-savvy – though LED lights front and rear, keyless start, power-folding mirrors, and a regular tilt/slide sunroof are standard-fit – and it’s hard to imagine most buyers feeling they could skip it. Altogether, with a few more boxes ticked, and you’re looking at just shy of $84k.

On the one hand, that’s a whole lot to pay for an E-Class. At the same time, I couldn’t help but think of the $142k 2016 S-Class I drove twelve months ago, and how much of that car’s experience the 2017 E300 4MATIC distilled for about half the price. Certainly that car has now been superseded by a revamped – and even more capable – model, but all the same, perhaps that makes this E300 sedan the unexpected bargain in Mercedes’ range. 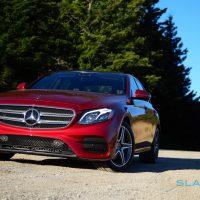 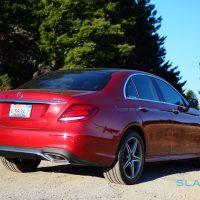 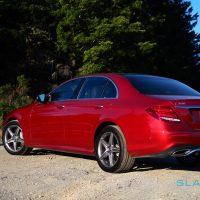 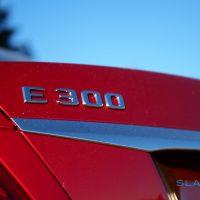 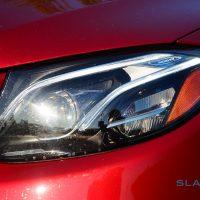 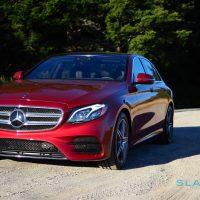 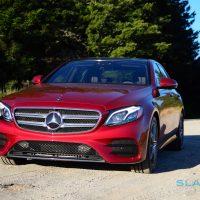 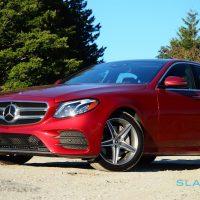 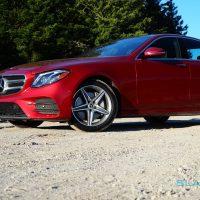 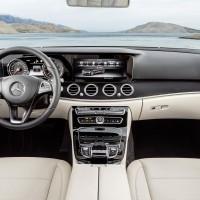 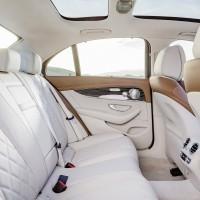 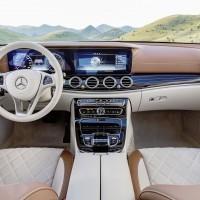 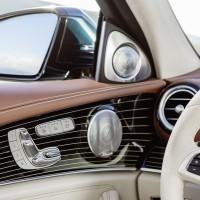 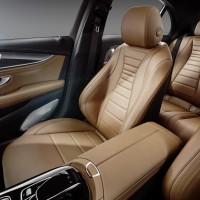 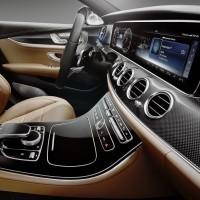 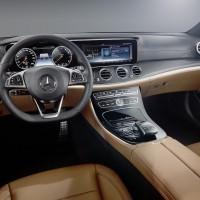