You better watch out: Santa’s new sleigh is a Bentley Flying Spur

Somewhere out there, a wealthy Bentley client is in the mood to spread holiday cheer. You’re looking at the Bentley Flying Spur Reindeer Eight. It’s a bespoke, one-off, V8-powered sleigh with a timely festive vibe.

“What fun is it to ride in a 542 horsepower sleigh, and there’s space in the back for all my subordinate Clauses,” said the bearded customer and owner of this ultra-plush, gift-giving conveyance. “I’m looking forward to putting 41 million miles on the clock before the end of the year.” 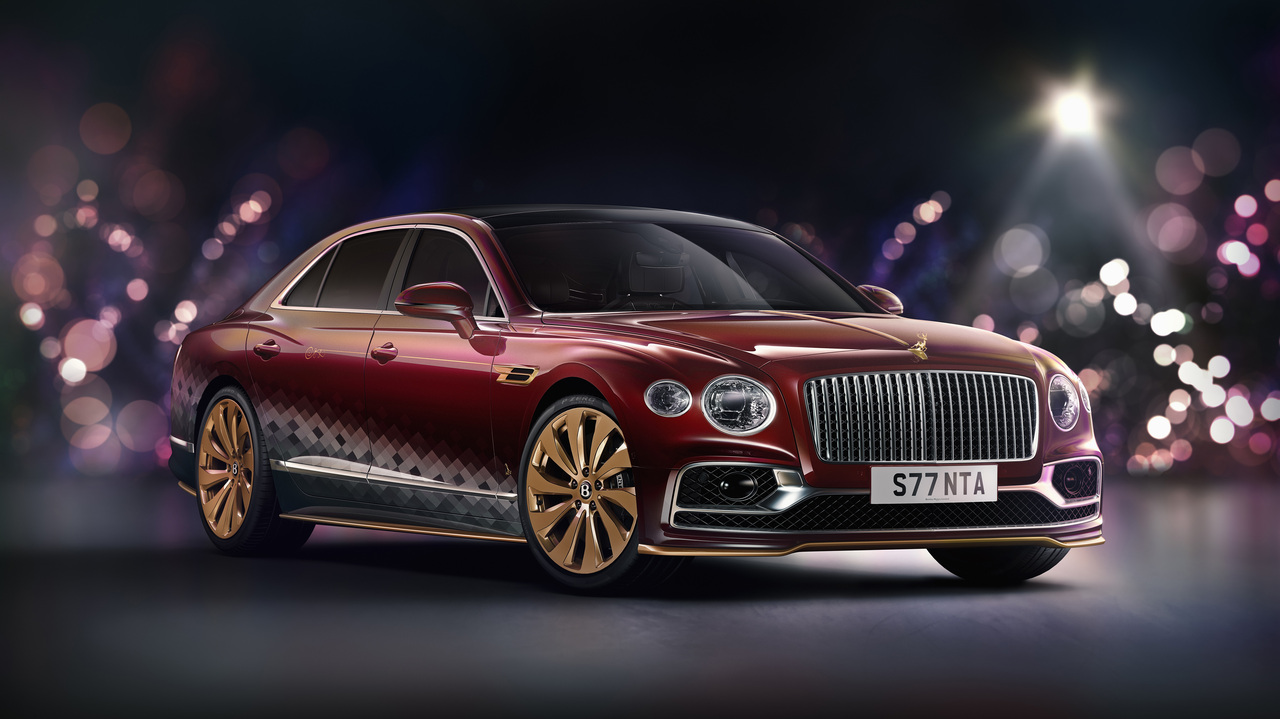 Recently unveiled a few months ago, Santa will have no problem circumnavigating the globe in a 2021 Bentley Flying Spur V8. Equipped with a massive 4.0-liter twin-turbocharged V8 engine producing 542 horsepower and 568 pound-feet of torque (the latter arriving at under 2,000 rpm), it can go 60 mph from a dead stop in 4.0-seconds and has a top speed of 198 mph.

Apparently, Santa Clause is besotted by plush luxury cars, but he’s a connoisseur with a conscience. The Flying Spur V8 weighs 221 pounds lighter than a W12 Flying Spur, and the V8 engine has cylinder deactivation to save fuel. With less weight above the front axle, Flying Spur V8 is a more athletic (and more economical) rendition of Bentley’s flagship luxury car. 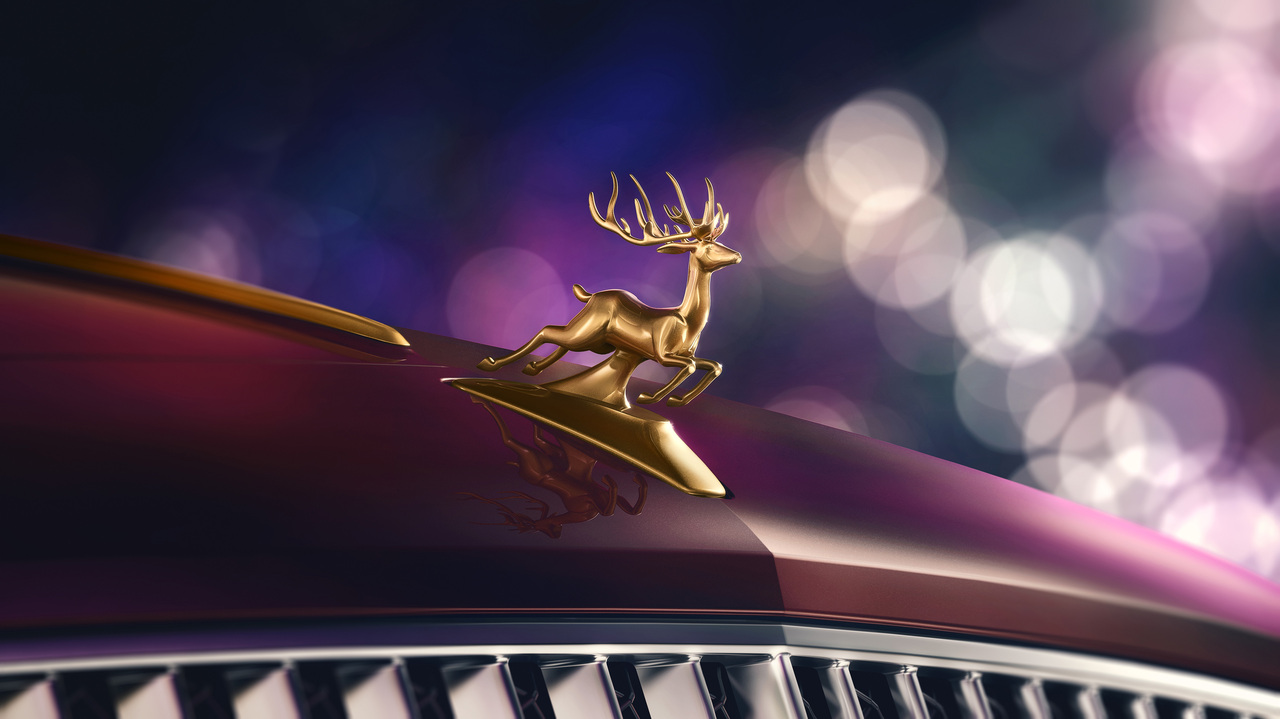 As expected from Santa’s new sleigh, Flying Spur Reindeer Eight is brimming with holiday vibes. Santa chose the Cricket Bauble paint finish to mimic the color of his old sleigh. He also brought along Rudolf in the form of a three-dimensional printed reindeer mascot in gold to replace Bentley’s Flying B hood ornament.

Meanwhile, the hood has a gold bonnet strip instead of chrome, and the ‘sleigh’ is standing on 22-inch gold-diamond finish wheels. Of course, all-season tires are standard to help Santa cope with varying weather during the Yuletide season. 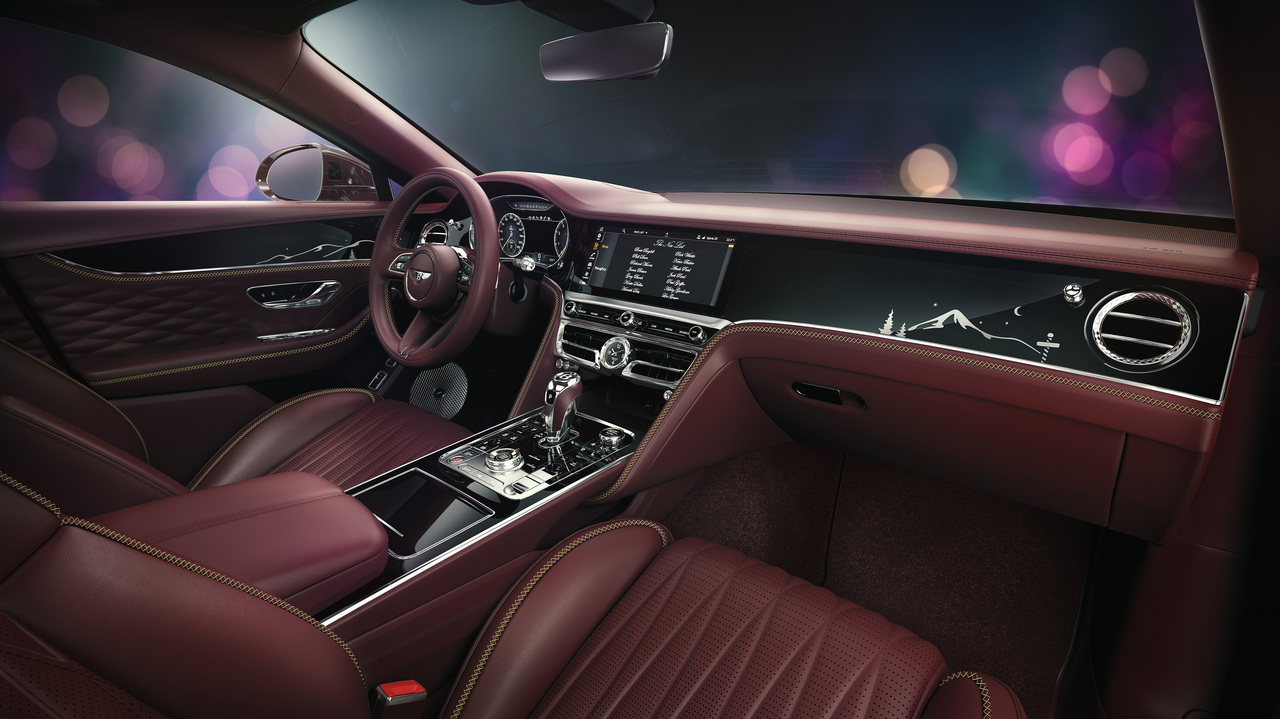 Opening the doors reveals a lush Cricket Bauble and gold interior with hand cross-stitching and personalized embroidery. The latter reveals Santa’s identity (along with Mrs. Santa) on the left and right front seat, respectively. According to Santa, the elves took 18 hours to complete the 11,100 hand-sewn stitches in the cabin.

But the crème of the crop is Bentley’s Rotating display, now featuring an integrated list of who’s been naughty or nice in the 12.3-inch navigation screen. Even with modern accouterments, Reindeer Eight’s rotating display has a compass in case Santa loses 4G/5G signals along the way. Topping the luxury features list is a sweeping horizontal veneer with a North Pole winter night scene on the Grand Black veneer displays. 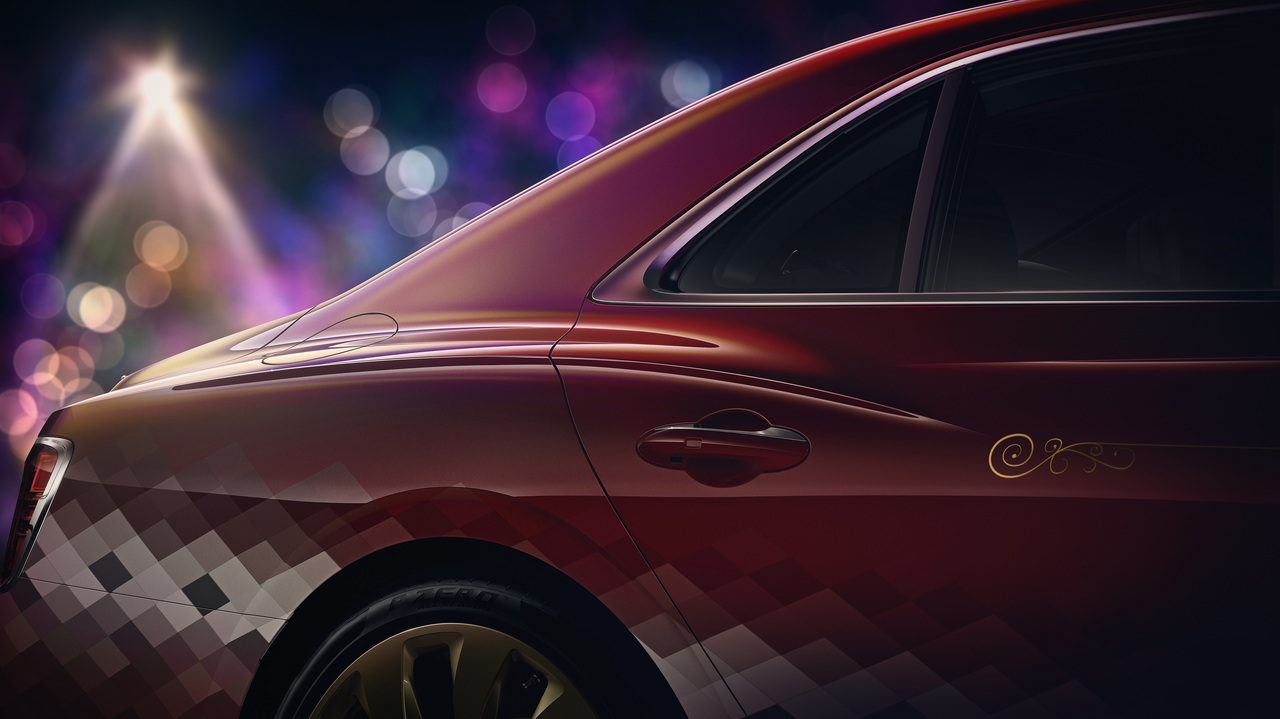 However, don’t expect Santa to park this thing on your roof, considering Flying Spur V8 weighs a hefty 5,560 pounds. It does have adjustable air suspension and all-wheel-drive with torque vectoring to make mincemeat of slippery snow, but don’t tell the kids.