At MWC 2016 earlier today, popular Chinese manufacturer Xiaomi officially unveiled the Mi 5, its newest high-end flagship smartphone. Following the announcement of the new Mi 4S, the Mi 5 features an impressive list of specs, including everything from the processor to the cameras, as well as a new body design with curved edges on the backside reminiscent of Xiaomi’s own Mi Note. Make no mistake, this is a phone that will make other Android heavyweights take notice, from a manufacturer known for its bargain pricing.

Right off the bat, the Mi 5 boasts of Qualcomm’s new Snapdragon 820 processor, which only hit the market in January. It also features a 5.15-inch 1080p display, just barely toping Samsung’s new Galaxy S7 in size. By default the Mi 5 comes with 3GB of RAM and a choice of either 32GB or 64GB of internal storage, while the “Pro” variant includes 4GB of RAM with 128GB of storage. You’re out of luck if you still need more space, however, as it seems there’s no support for microSD cards. 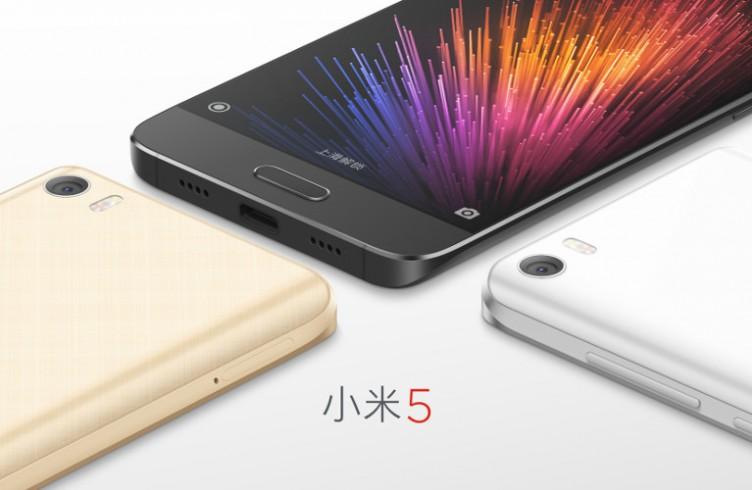 Xiaomi says the Mi 5 features a “3D glass body,” which means a metal frame with glass panels on the front and back. Despite this, it only weighs 129 grams, less than the iPhone 6s. It also has some of the thinnest size bezels we’ve ever seen.

The rear of the phone sports a 16-megapixel camera with a Sony sensor and 4-axis optical image stabilization, plus the ability to shoot 4K video. The front shooter is a bit less impressive, with just 4-megapixels. A fingerprint scanner is incorporated into the home button, while the bottom has a USB Type-C port for charging.

Speaking of charging, the Mi 5 is powered by a 3,000mAh battery, but even better is that it supports Qualcomm’s Quick Charge 3.0 standard to quickly top off the juice. As for the OS, the phone will ship running Android 6.0 Marshmallow, but re-skinned with Xiaomi’s custom MIUI 7 interface.

As expected, the Mi 5 will launch in China first, on March 1st to be exact, with white, black, and gold color options. The standard model will start at roughly $310, while the Pro version jumps up to around $415, both including tax. Xiaomi says that India will be the next country the phone moves to, and other international regions will follow, albeit no specific dates were provided. 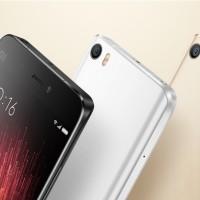 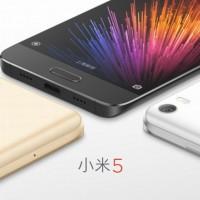 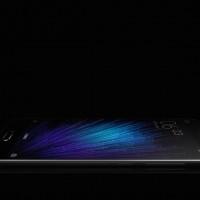 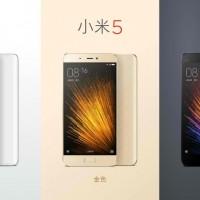