Lotus has promised big changes as it revamps its entire sports car range, but we weren’t quite expecting anything like the new E-R9 all-electric racer. Described by the British automaker as “a next-generation pure electric endurance racer,” it’s a vision of what performance EVs for motorsport might look like come 2030.

For the design, Lotus has blended a mixture of the familiar and the new. The cabin looks more like something from a fighter jet than a car, with an aerodynamically-smooth canopy centrally mounted in the E-R9’s delta-wing upper body. 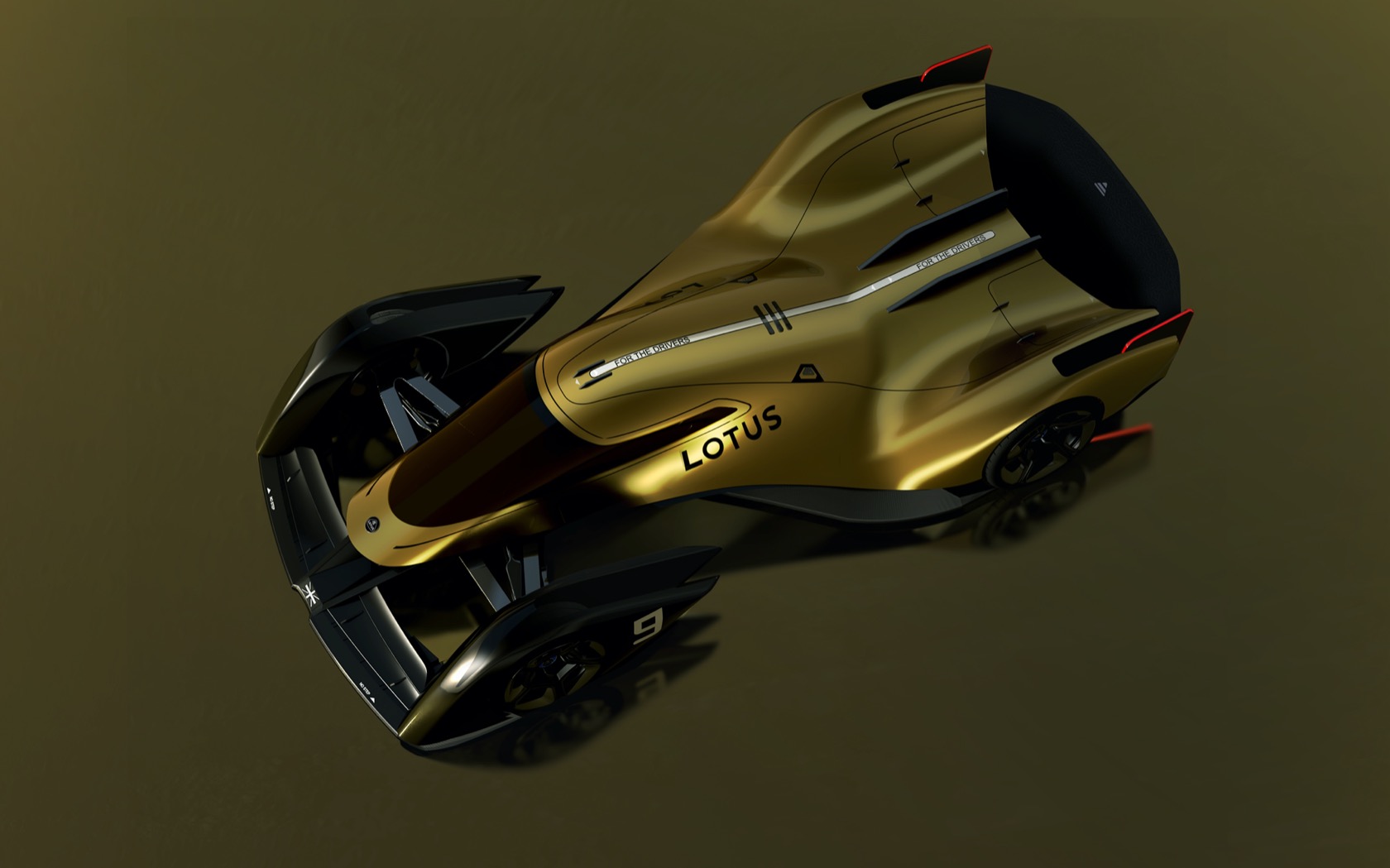 Body panels are design to morph into different shapes, adjusting the airflow around the car to blend speed and downforce. There are also vertically mounted control surfaces that can adjust to shape how airflow takes place through the different channels around the racer. The whole thing is then finished in black and gold, Lotus’ traditional colors from its Formula 1 days.

It’s the handiwork of the Lotus Engineering team, which has built a business working with external clients on high-performance projects. As such, it’s as much a showcase as it is a concept car – rather than a direct nod to the complete range refresh as it retires the current Elise, Exige, and Evora – aiming to demonstrate just what the group is capable of in aerodynamics and electrified drivetrains. 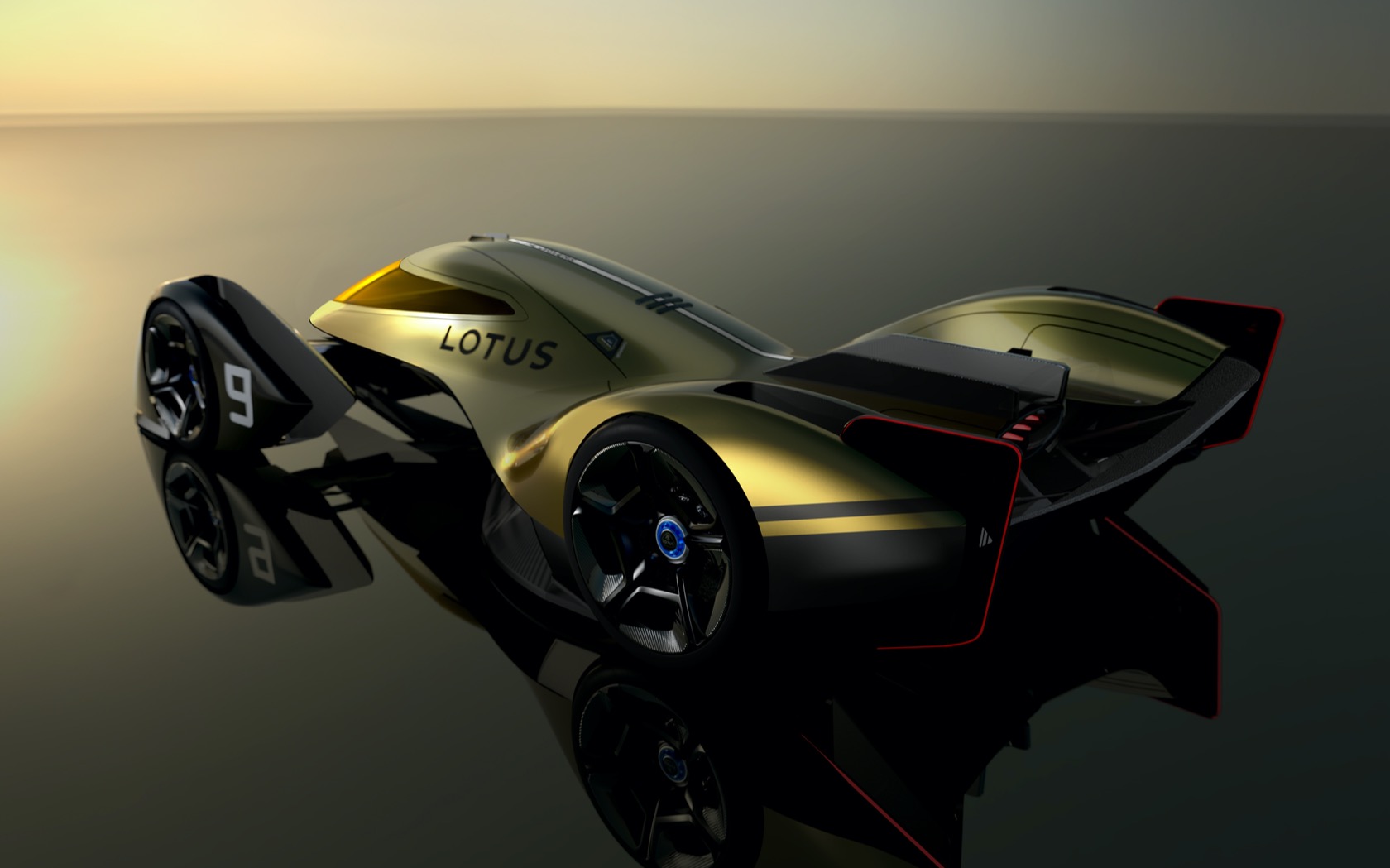 Each wheel, it’s envisaged, would be independently controlled for electric power. That would allow the E-R9 to do true torque vectoring, over-driving the wheels in the outside of corners to tighten up turns, and delivering specific torque to the rubber with most traction. Lotus will use a similar system on its Evija electric hypercar, though Lotus Engineering sees the driver as being able to adjust the vectoring and power distribution of the electric racer on the fly, adapting to different track conditions.

In the same way, the aero of the E-R9 could reshape to suit evolving needs. Lotus Engineering sees the morphing body panels as being either manually or automatically adjusted: the driver could choose a certain profile for the EV, or the car could be left to react to sensors and shape itself accordingly. The result could be minimum drag on straights, but a huge uptick in downforce in corners, the latter aided by vertical control surfaces at the rear.

“The result is a racer that’s partly driven like a car and partly flown like a fighter jet,” Lotus suggests, with directional changes only partially dependent on individual tire grip. 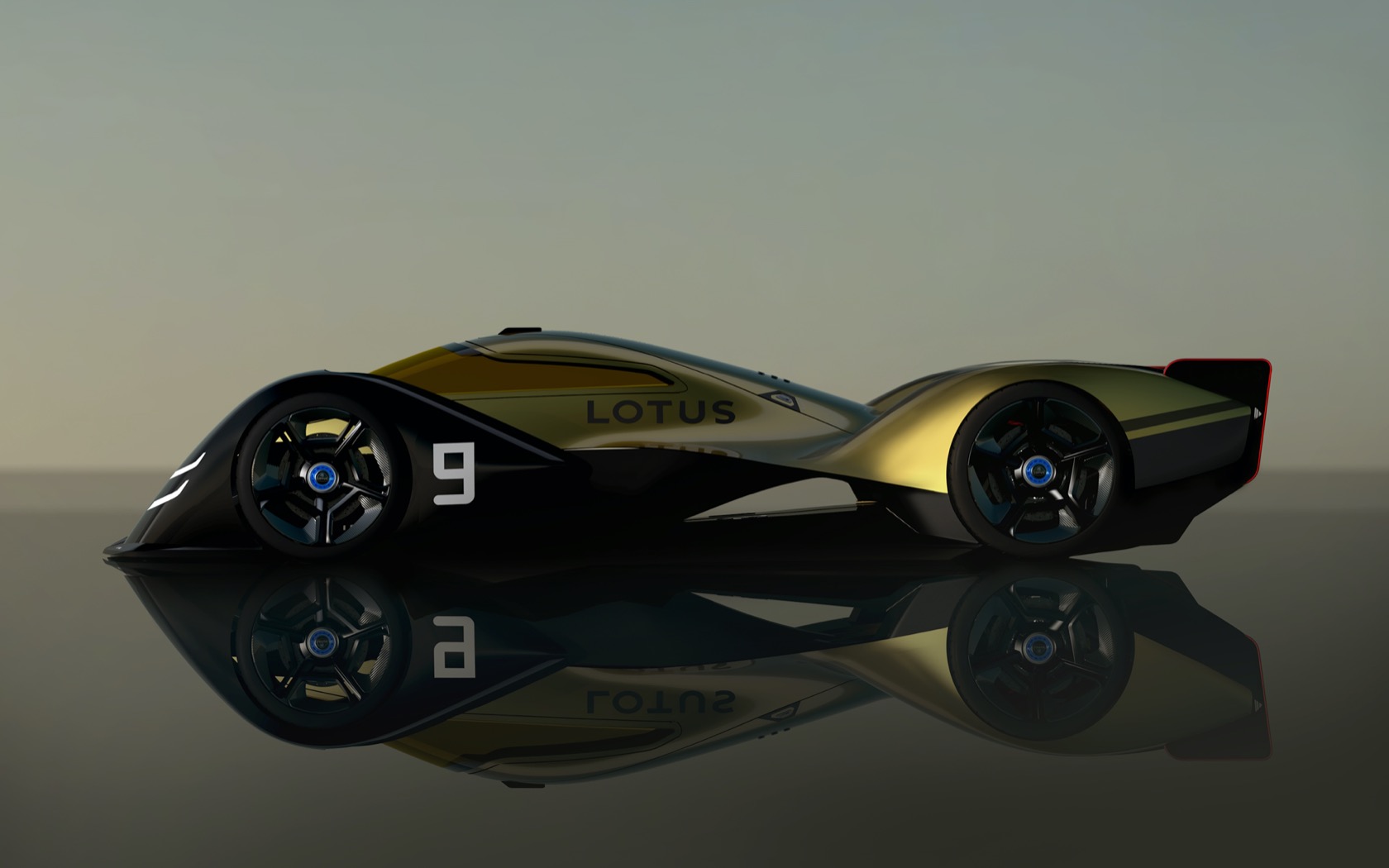 As for what powers it all, there Lotus is counting on some serious battery improvements between now and its ballpark 2030 goal. “Battery energy density and power density are developing significantly year on year,” Louis Kerr, principal platform engineer on the Lotus Evija and co-developer of the E-R9, points out. “Before 2030, we’ll have mixed cell chemistry batteries that give the best of both worlds, as well as the ability to ‘hot-swap’ batteries during pitstops.”

Although there’s no indication that Lotus intends to actually build the E-R9 for real – even if the technological advancements it’s predicting come true – that’s not to say some of the features won’t make it to either future Lotus cars or vehicles that Lotus Engineering collaborates on. “The Lotus E-R9 incorporates technologies which we fully expect to develop and be practical,” Richard Hill, chief aerodynamicist at Lotus, insists. “Lotus has an amazing history of developing unique solutions, and we’ve done it many times in motorsport and with our road cars.”