Lotus is preparing a huge shake-up, with the iconic British sports car company confirming it’s axing three of its most memorable models to pave way for an all-new line-up. 2021 will be the end of the line for the Evora, Exige, and Elise, Lotus said today, dropping a new teaser about just what is intended to take their place.

We’ve already seen one element of that plan, in the shape of the beastly Evija hypercar. Announced in mid-2019, it promised to tap electrification for its potency, something Lotus demonstrated in action at its public debut in October last year.

Not everyone will be able to afford – or even find a spot on the waiting list for – a $2m+ EV behemoth. For that audience, Lotus has confirmed a new series sports car range, with the Lotus Type 131 expected to go into prototype production later this year. 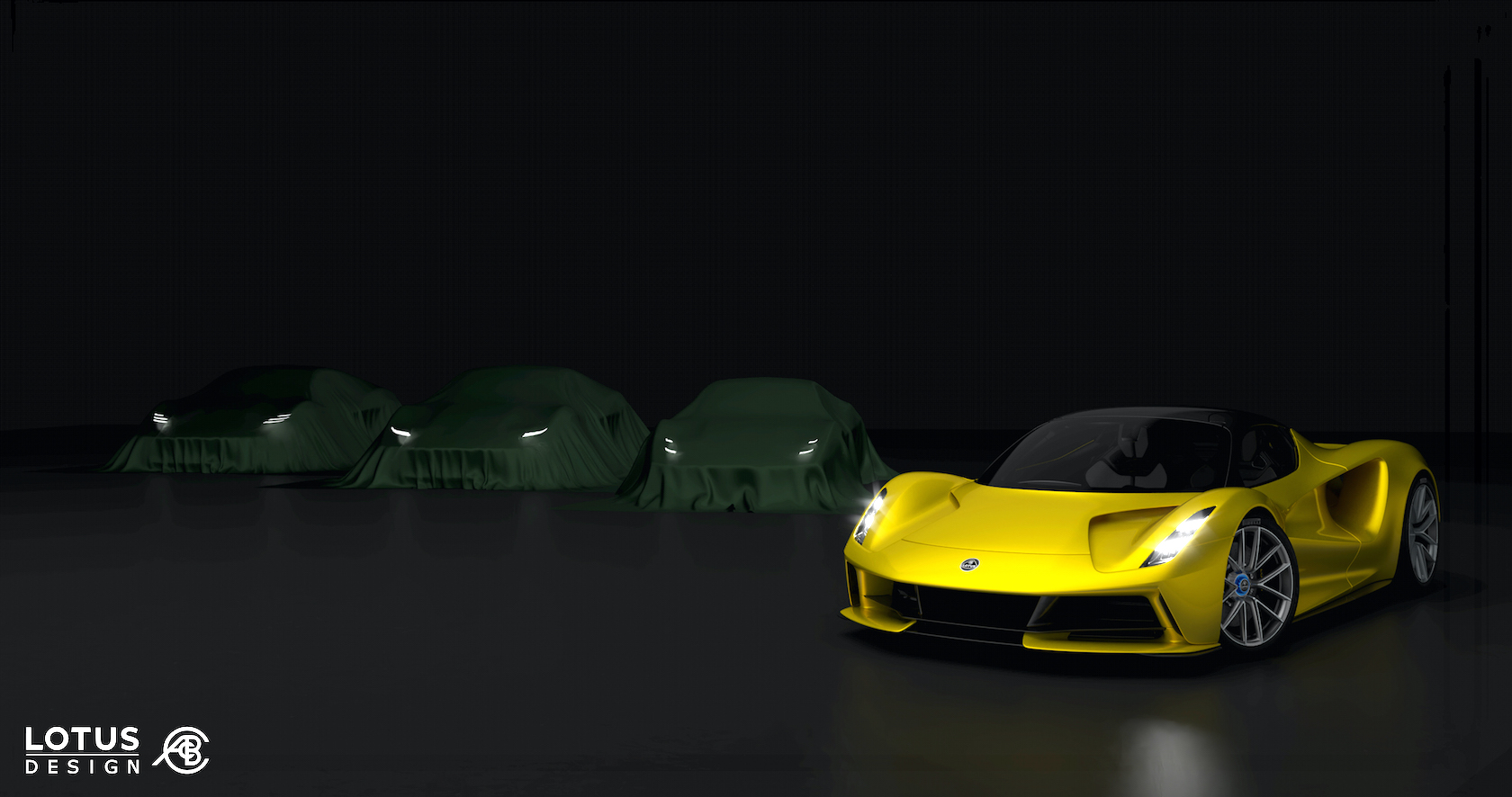 It’ll be built at the automaker’s Hethel, Norfolk facility in the UK, which will undergo a $127m+ investment and see around 250 more engineers and manufacturing recruits added to the payroll. Helping foot the bill are shareholders Geely and Etika, which took ownership of Lotus in September 2017.

You can’t accuse Lotus of not making the most of its outgoing range. The first-generation Elise made its debut all the way back in 1995, a new model for Lotus but epitomizing its ethos of reducing weight in the name of increasing engagement. Though never the most powerful sport car, it nonetheless carved out a lingering reputation across several generations for its purity behind the wheel.

The Exige, meanwhile, arrived in 2000. A coupe to the Elise’s convertible, it built on the platform with race-focused technology to maximize performance. Come 2008, the Evora gave Lotus an entrant for the super-sports sector, tempering some of the automaker’s notorious focus on paring back creature comforts with a more luxurious, GT-minded approach.

The Type 131 range – part of what Lotus is calling its Vision80 strategy – will include at least three new models, replacing the Elise, Exige, and Evora. “Our renowned team of engineers, designers and technicians who are working on the new cars are acutely aware of the legacy from the Elise, Exige and Evora,” Matt Windle, executive director of engineering at the automaker, says. “Indeed, many were around when Elise was being developed.”

Earlier in 2020, rumors suggested Lotus could reboot the classic Esprit name for a new model. The new Esprit, it was hinted, could use a hybrid V6 powertrain, combining gas and electric power, though unlike James Bond’s car it would be unlikely to turn into a submarine.