Microsoft has released the first Windows 11 preview, an early – and official – taste of the new OS announced to great fanfare last week. It comes amid lingering uncertainty and confusion about just who will be able to actually upgrade come the full Windows 11 release day, with existing PC owners left bemused by Microsoft’s somewhat opaque upgrade checker.

If you want to try the new Windows 11 preview (build 22000.51) it’s available to download now. You’ll need to be in the free Windows Insiders program in order to access it.

Unsurprisingly, with Microsoft still having some time before it plans to fully release Windows 11, this preview isn’t feature-complete. Still, it’s more than enough to get started on. There’s the new Start menu and the revamped Microsoft Store, for example, together with a new version of File Explorer.

Some of the multitasking features, which Microsoft focused on specifically during its unveil event last week, are also present in this first preview build. There are also new themes – including the handsome new Windows 11 wallpaper and icon sets as part of Captured Motion, Flow, Glow, and Sunrise – together with light mode and dark mode options. Custom sounds have been added, too. 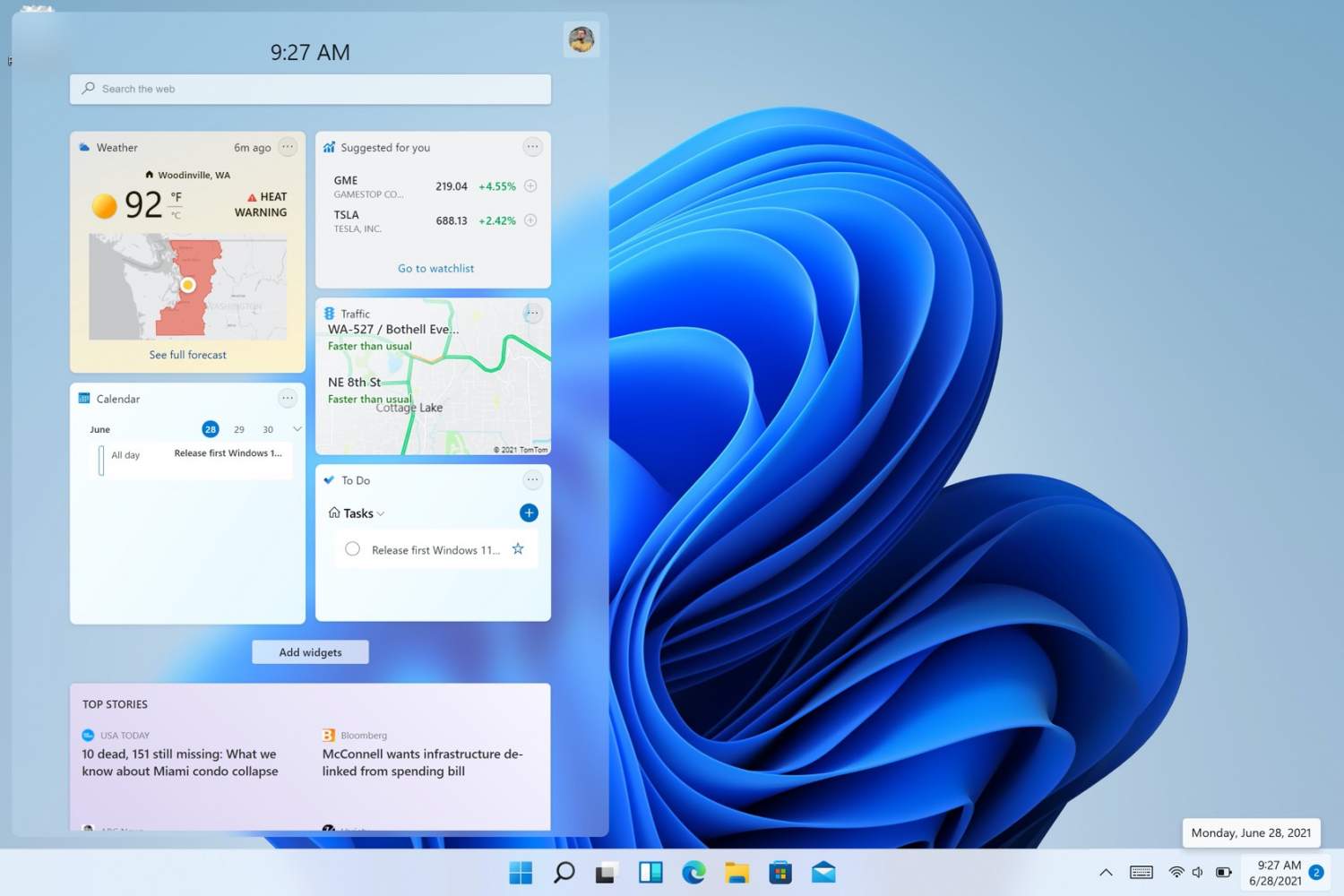 The new interface gets rounded corners and updated animations, with content now centered in the screen. The revamped Start menu has a section for pinned apps and a cloud-powered “Recommended” section, which will pull together not only files you may have used on that PC but on other devices signed into the same Microsoft account.

The Taskbar, meanwhile, is also centered, and has support for pinning apps, switching between them, and rearranging them. In the lower right corner there’s a button for the Notification Center and the Quick Settings panel. 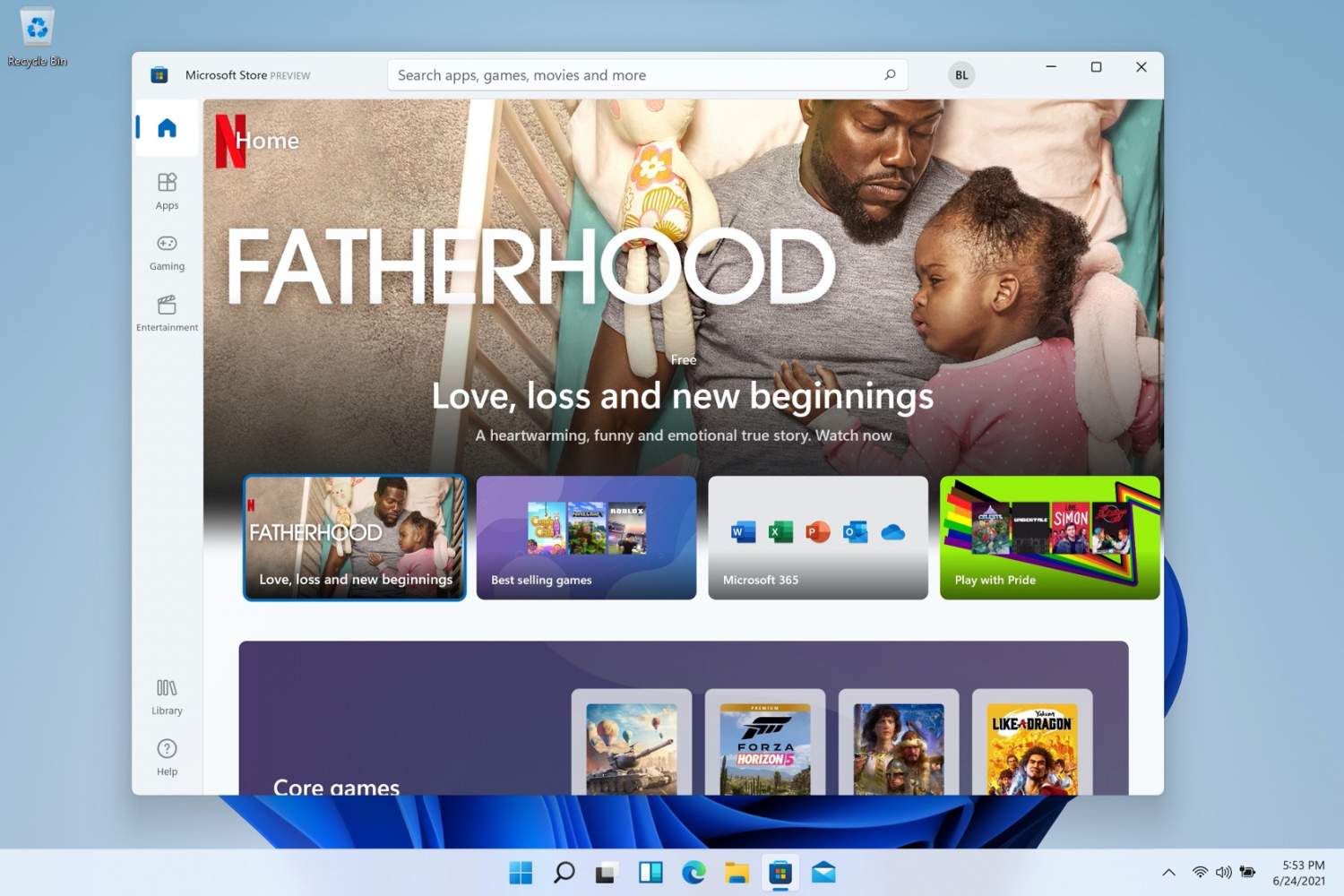 For widgets, you can click the icon, swipe from the left using touch, or hit WIN + W to pull out the panel from the side fo the screen. Currently there are widgets for the calendar, weather, local traffic, your Microsoft To Do lists, your photos from OneDrive, sports and esports, stock watchlist, and tips.

What you won’t get to play with, however, is Android app support. That’s still a work in progress.

As always, at this stage in the game there are more than likely to be some bugs out there. The general advice is to do a full backup of your system before you install the Windows 11 preview, and preferably use a non-mission-critical PC if you have access to one. That way, if something goes wrong, you’re not left without access to your important files as you try to fix it.