Why a Facebook phone based on ads has no future

This week we’re hotly debating whether or not a Facebook phone would make sense to create for the recently public company, coming today to some interesting Google Advertising statistics that say no, Facebook does not have a chance. The factoids we’re using here today come from the Google vs Oracle case because therein lies the only real look we’ve ever had at Google’s profit margin for Android. In the papers presented in that case it was shown that Android generated advertising revenue for Google to the tune of $9 per device in the year 2010 – this statistic alone should be evidence enough for you to say whether or not Facebook could realistically create a smartphone based on advertising revenue alone.

Back around 2009 Android was a very different machine, of course, and Google also made more cash in advertising revenue from the iPhone at the time than they did from Android. Numbers changed so undeniably rapidly back then that it’s certainly not a perfect place to judge the future of Facebook in the mobile realm. Android generated just $16.8 million USD in 2009 from advertising revenue, this number exploding to $132.1 million by the middle of 2010. Google also made more than double that amount from the iPhone and the iPad with advertisements being shown on them. 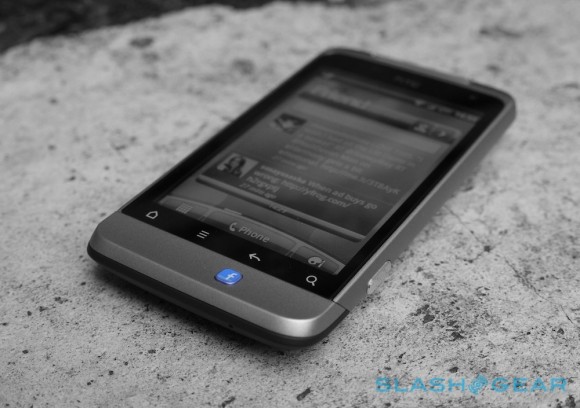 NOTE: Photos in this post come from the HTC Salsa, one of several Facebook phones released by HTC last year – they did not do very well in the market.

Take that one number then, just $9 per handset per year, and double it. Or triple it if you wish – make it $30 a year if you want and multiply it by the number of smartphones Facebook will sell in a year. In the year 2011 Samsung sold 10 million Samsung Galaxy S II units in just a few months. This was an extraordinary case, with the device being released internationally only at the point 10 million sales were reached, and Samsung’s sales well exceeding other smartphones in the Galaxy S II’s category for top-tier smartphones. The Facebook phone, if it does indeed end up existing, will not sell nearly as well. Let’s say the Facebook phone sells 1 million units, or even 2 million units and generates $9 per device like Google did in 2010.

Is it worth the time Facebook would have to put into a device for them to make such an amount? Consider this, readers, and stay tuned as Facebook continues to mull the point.