It’s been a long time since our first hands-on play with the white iPhone 4: all the way back at WWDC 2010, in fact, when the fourth-gen smartphone was brand spanking new and sparkling under Apple’s halogens. That triumphant launch paved the way for the black handset with no white accompaniment, the start of an embarrassing series of delays as Apple struggled with untold technical difficulties. Now, April 28, more than ten months since its unveil, the white iPhone 4 has finally gone on sale.

We stopped by Vodafone this morning and grabbed some time with the new version, finding it to be – unsurprisingly – little different to the original. The white casing looks just like the original prototypes Apple demonstrated last year, belying the effort that has gone into perfecting the color process. Software is still iOS 4.3.1, just as is pre-loaded on the black model, rather than the recently released iOS 4.3.2. Bottom line: this is the same iPhone 4, just white.

With a Samsung Galaxy S II in hand, it felt rude not to slap the Android smartphone down and do a quick comparison. Apple makes much of its Retina Display technology, though while you get higher resolution on the smaller, 3.5-inch display of the iPhone 4, the Super AMOLED Plus panel on the Samsung is, even at WVGA, easily capable of holding its own. Viewing angles in particular are impressive – though the iPhone is no slouch in that area either – and colors pop more than on the Apple device. 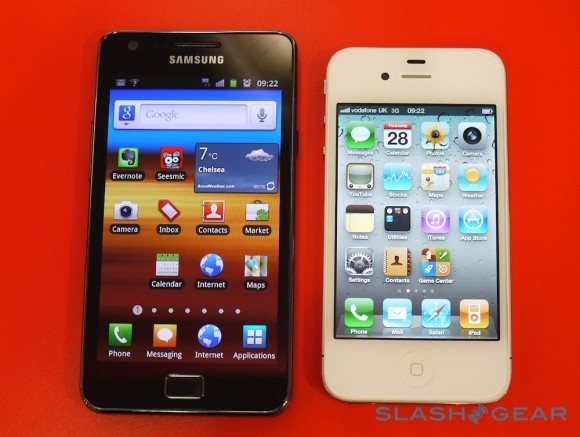 The iPhone 4 is obviously narrower and shorter than the Samsung – that’s what happens when you pick a 4.3-inch display – but it’s also fatter. Not enough to make a significant difference, perhaps, but impressive nonetheless. Much of the decision will come down to OS preference, iOS versus Android; check out our full Galaxy S II review for more details on the new phone.

The white iPhone 4 itself is no huge surprise; on the one hand, this feels like Apple’s pride showing, a refusal to cancel the troublesome SKU and admit failure. However, it looks like to have a big impact on what’s by now become the standard refresh cycle for Apple’s smartphone range. Previous years have seen a new iPhone each June or July, a mere two or three months away from now. We can’t imagine Apple will keep to that schedule with a “new” model – even if it only differs in color – so recently on the market. 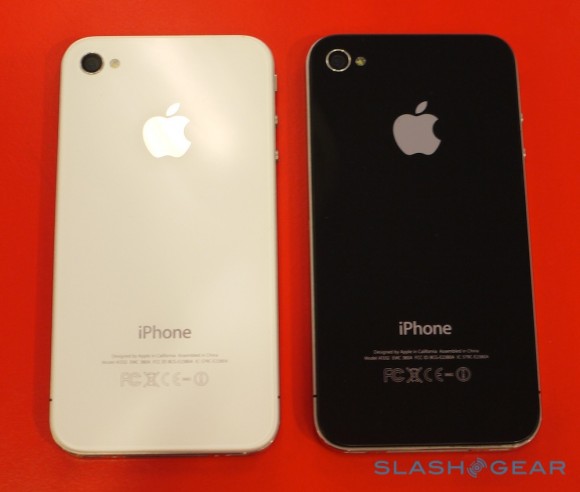 That suggests the fifth-gen iPhone will take a little longer to arrive, dovetailing neatly with earlier rumors that Apple was targeting a September release. There are conflicting leaks around the iPhone 5, some saying it’s an incremental update on the iPhone 4, with a similar aesthetic and the primary change being the use of Apple’s dual-core 1GHz A5 processor, carried over from the iPad 2, while others suggest it’s a far more groundbreaking refresh. The new device, they claim, will borrow styling cues from the iPod touch and MacBook Air, and have a larger, perhaps 3.7-inch touchscreen and a gesture-sensitive Home button.

Either way, the iPhone 5 looks to be on track for release in late Q3 or early Q4, and we can’t help but wonder whether those buying the white iPhone 4 now, for aesthetic reasons, may be frustrated in a few months time for technical reasons. Still, you could say the same about most smartphones today, such is the relentless pace of the mobile industry. At least with the white iPhone 4 you get a chance to bask in the glow of the new, for a while at least, and then the scope of the App Store to keep you company through the rest of your two year agreement.