When people ask about the 2019 Motorola Razr, here’s what I say

If the number of people asking me about the new Motorola Razr is anything to go by, rebooting the classic flip phone may have been the best thing Motorola has done in years. Announced last week, the new Razr pairs a clamshell design with a flexible display; it may not be the first foldable to be announced, but it’s shaping up to be the most intriguing one.

Clearly, I should preface things by saying this is all anecdotal evidence. I’m not sure even Motorola and Verizon quite understand how much interest there’ll be in the new Razr, and what percentage of that will translate to actual sales. 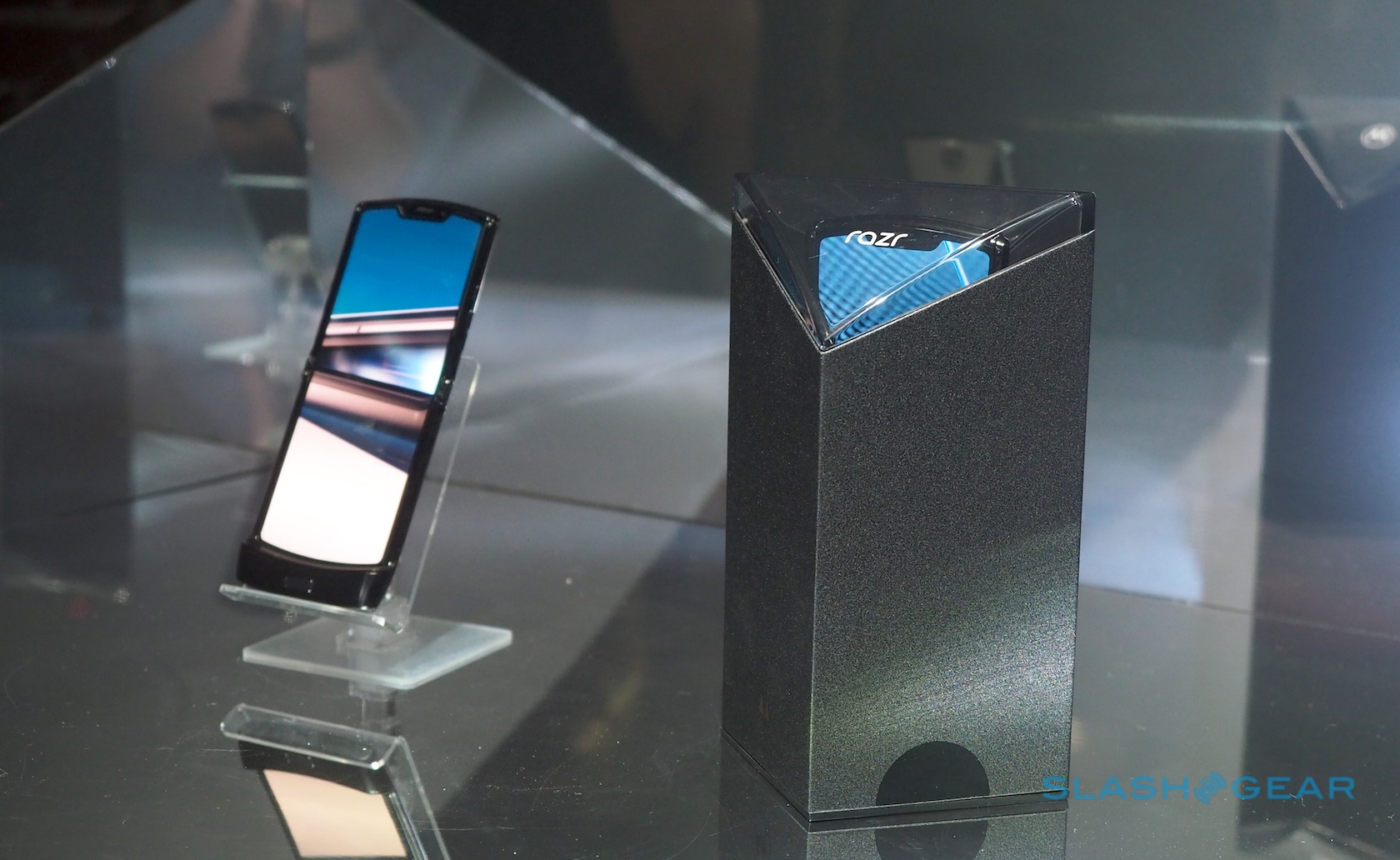 All the same, the combination of a familiar name, rose-tinted memories of owning an original RAZR back in the day, and the idea of a smartphone that offers a regular-sized screen when unfolded but collapses down to a more pocket-friendly size when that’s not needed seems like it has struck a chord. Few people who ask me for advice about the latest phones preface it with a desire for a smaller display than the roughly 6-inch panel that is now commonplace. Still, they often also voice concerns that today’s devices are just too big.

The new Razr won’t reach the market for months after Samsung’s Galaxy Fold went on sale. I think, though, that it’ll be the first foldable to address that screen-size-versus-portability issue in a meaningful way for consumers. That comes down to Motorola’s focus.

Samsung’s large phone unfolds into a mini-tablet. That’s the same strategy as we saw Huawei take with the Mate X. It certainly makes for something eye-catching, but I’m unconvinced that it addresses a real need among a meaningful number of users. 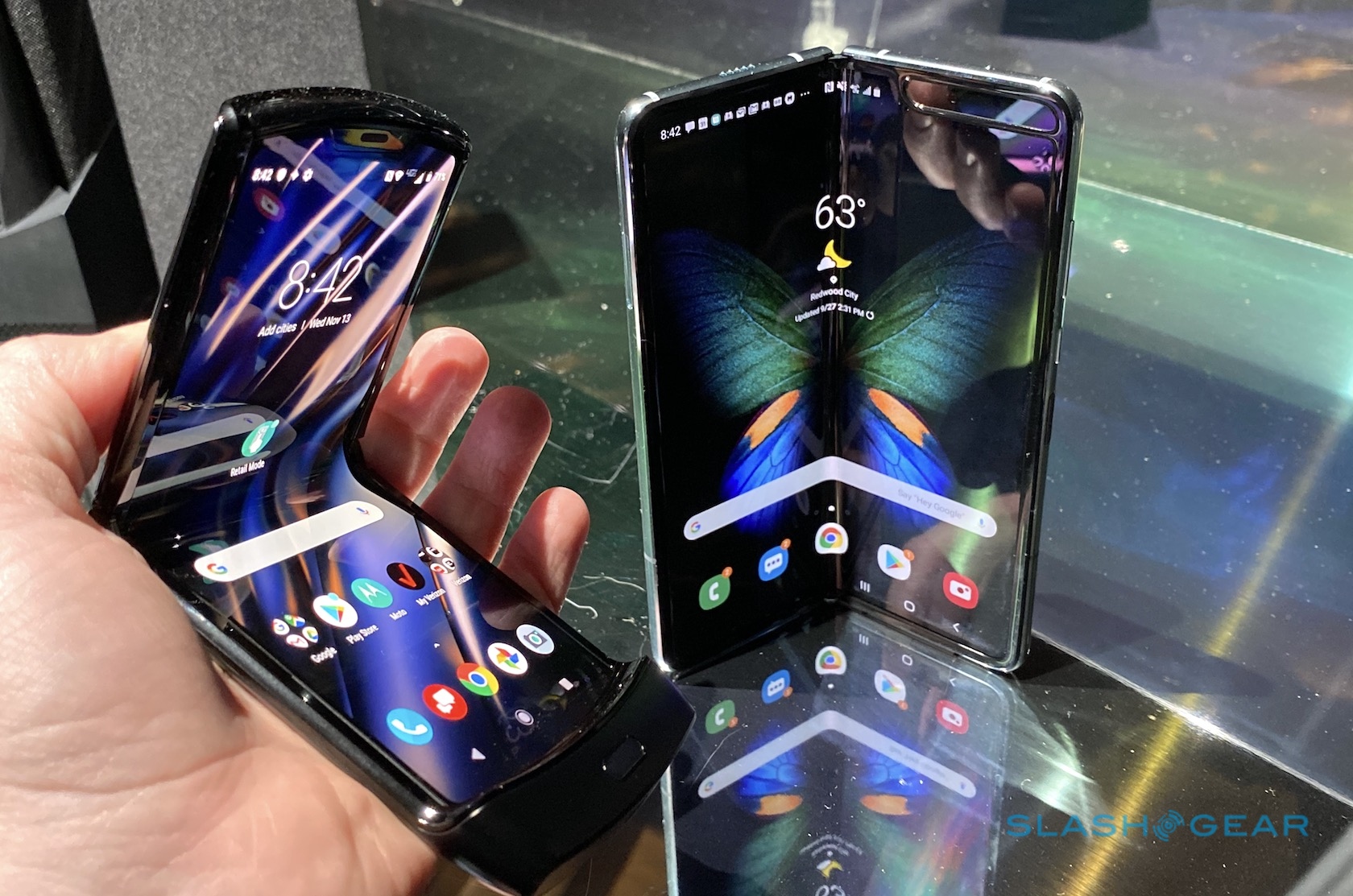 Tablets are great, but I seldom feel the need for one when I’m out. A large phone has all but obviated my use-case for one, in fact: yes, I’m down a few screen inches if I reach for an iPhone 11 Pro rather than an iPad mini, but the fact that the iPhone will fit into my jeans pocket means it’s far more likely to be with me at any given time. The idea of that same sort of smartphone real-estate in half the footprint is even more appealing.

That concept seems to have been more readily understood by people asking me about the new Razr. Where the phone-to-tablet form factor has appeal from a geeky, bleeding-edge-technology perspective, it’s the more human scale of the Motorola that has people asking me whether they should be considering it.

The answer to that, of course, is no. 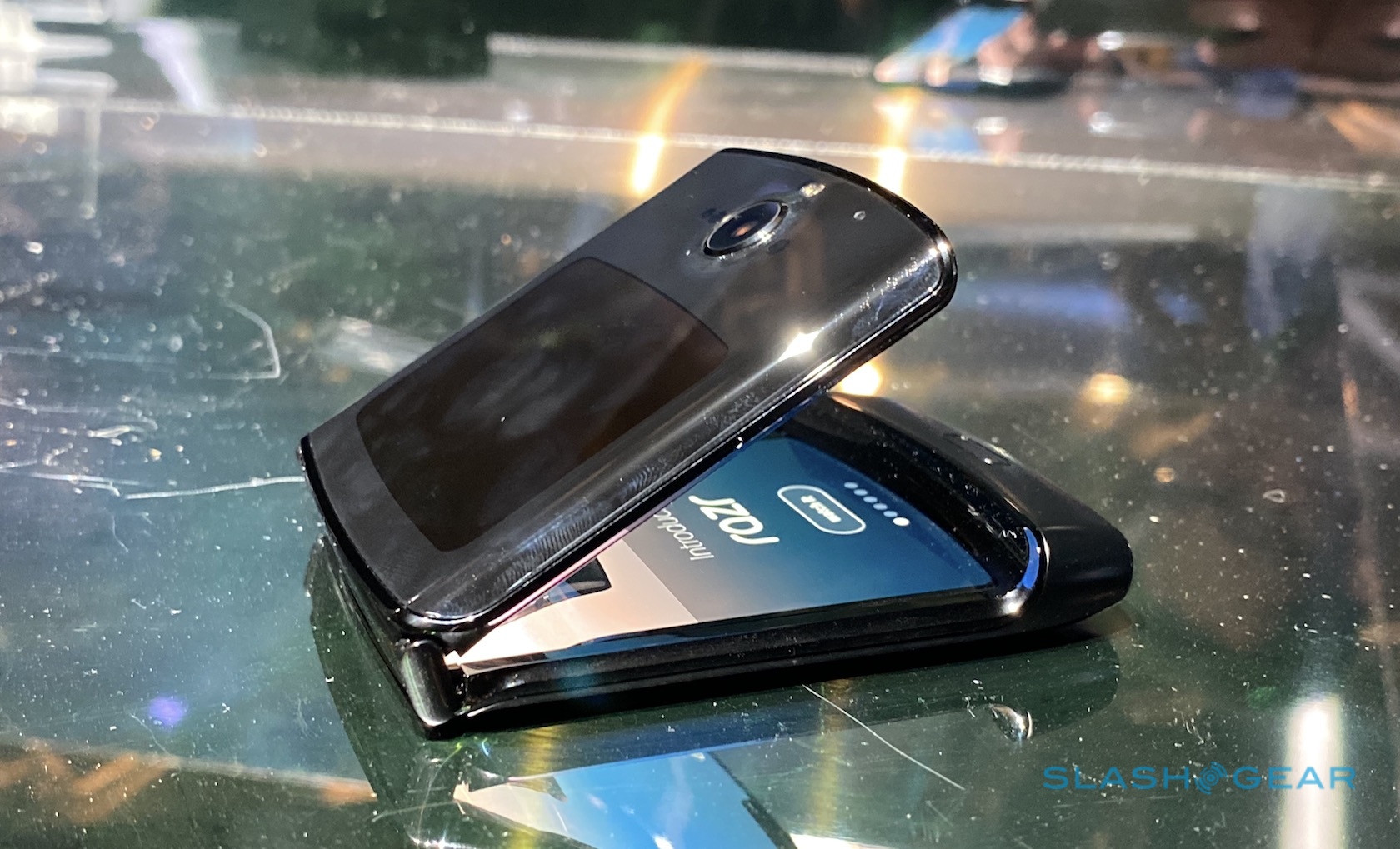 My suspicion is that, while the new Razr is clearly striking a chord among some smartphone users, sales will still be minimal. The $1,500 price tag will play a big part in that, of course, but so will Verizon’s lifetime exclusivity on the phone. That Motorola has made it eSIM-only will also leave unlocked sales hamstrung; you won’t be able to pick up a Razr and just drop your own SIM card inside, as it doesn’t have a slot.

Really, I wouldn’t recommend anybody but the most ambitious of early-adopters buy a first-generation folding phone. The technology is intriguing, certainly, but it’s still very much early days for its implementation. I’d be wary of how well these plastic OLED panels hold up to extended use, as well as how things like battery life shape the longer-term experience of having a new Razr in your pocket. 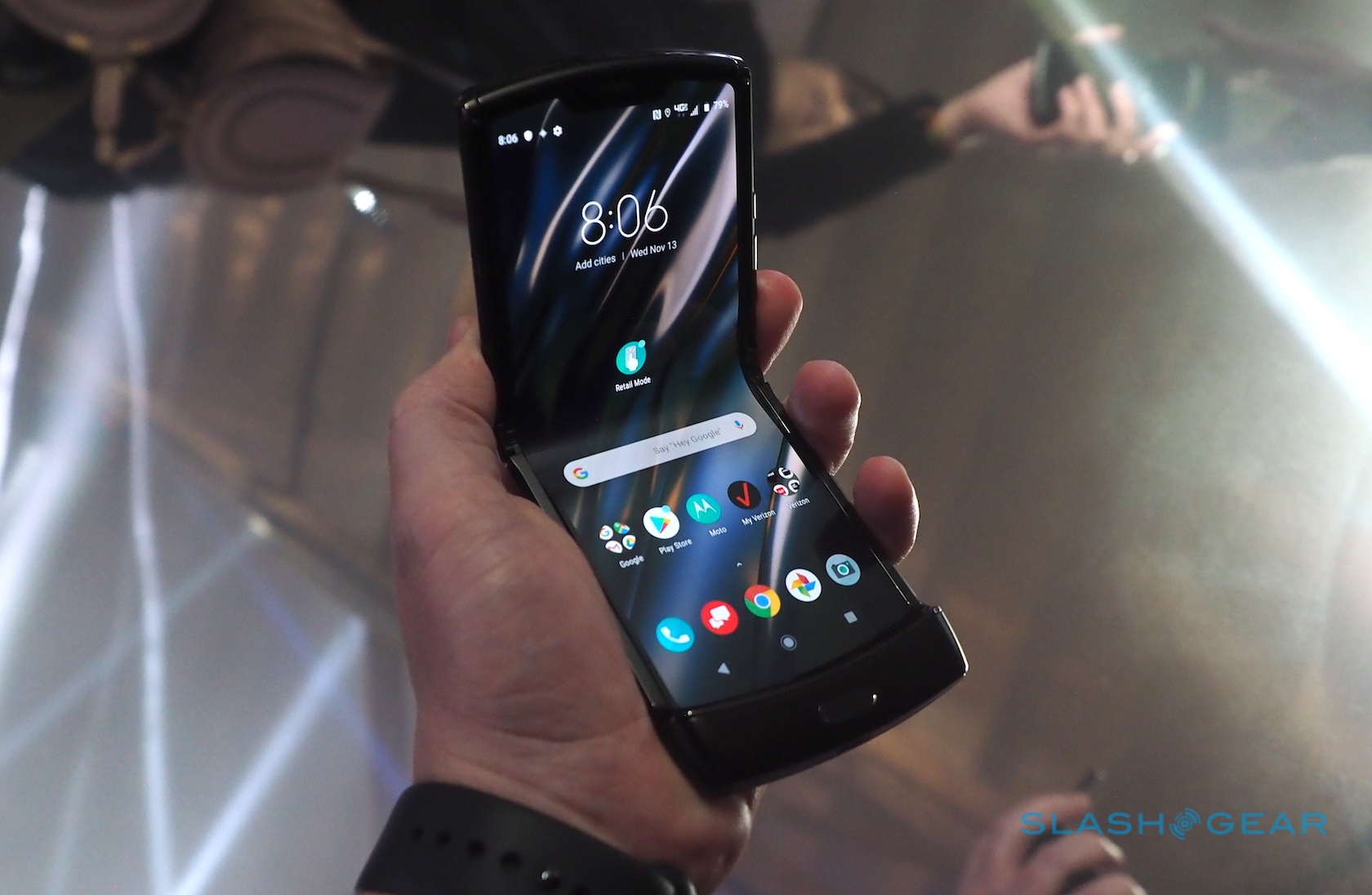 That’s not to say I’m not bullish on the idea of folding smartphones more generally. We’ve reached pretty much the largest candy bar devices that are practical: any bigger and they’re just too unwieldy. Some – predominantly those with smaller hands, but I’m also very aware that a lot of women get frustrated by not having pockets in their clothes that are scaled to suit the latest-generation of big phones – have already been voicing frustrations that the trend has tipped too far, and that modern handsets are just too big.

Like the message that people don’t care about a little extra thickness in their phone if it means accommodating a bigger battery – and indeed that, as the reception to this year’s new iPhones shows, they’ll welcome it – it may take a little time for the industry to recognize these evolving demands. There’ll be technical hurdles to overcome, but I do believe that foldable screens represent one strong contender for how the phone market will evolve. 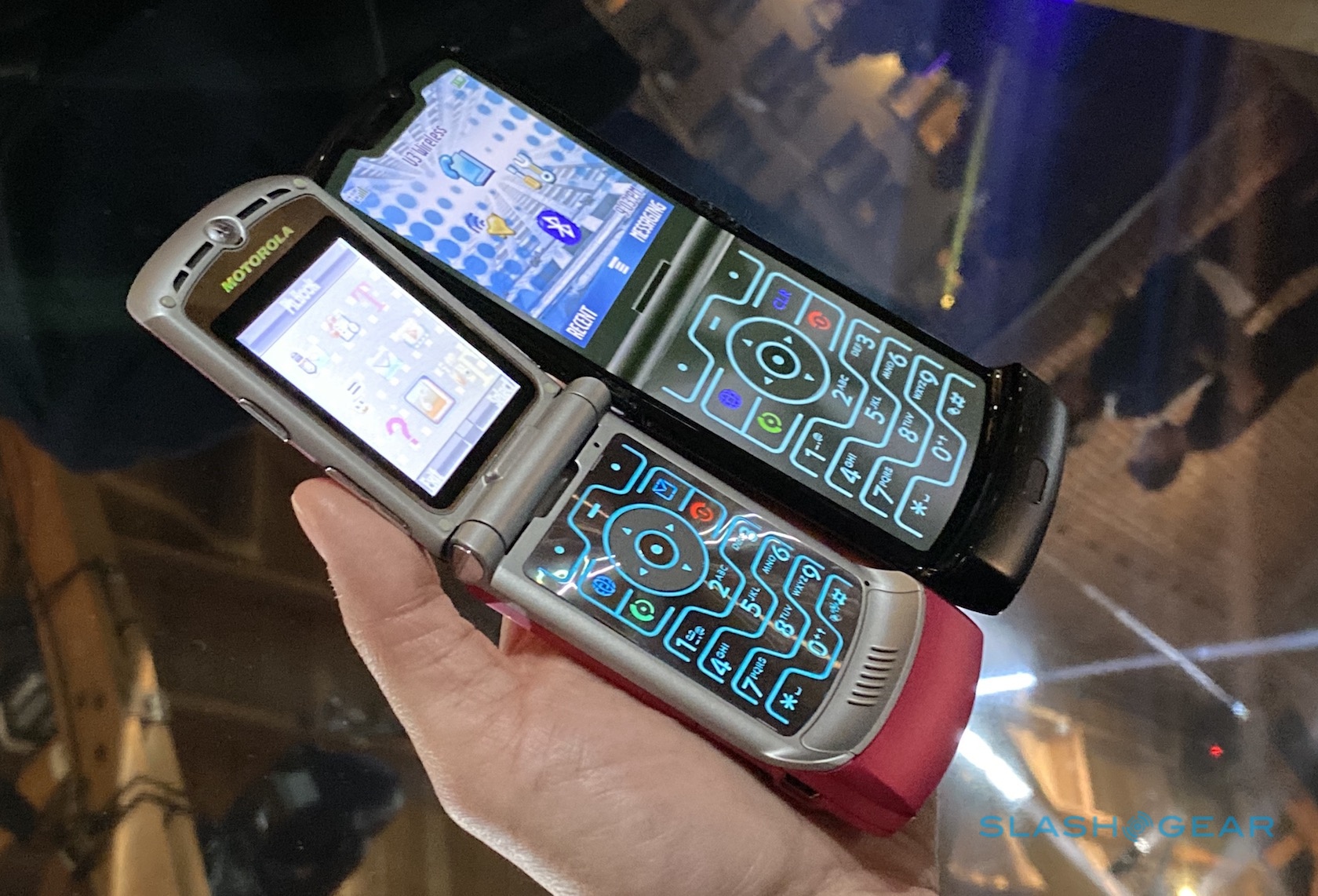 In that way, the new Razr feels like a Trojan horse of sorts. It may not get Motorola’s phone into actual pockets, but it has used some classic name recognition to ease foldable technology into more mainstream awareness. We’re a little ways out from the attainable devices that will follow that, but it’s clear that Motorola isn’t alone in considering the advantages of such a design. Samsung’s own Galaxy Fold 2 is widely expected to adopt the same, with the company teasing a clamshell-style foldable is in the works.

“Yes, it’s great; no, you shouldn’t buy one” has been my tl;dr response to people asking me about the new Razr. As a fan of the original phone, and indeed the StarTAC before it, it’s been fun reminiscing again about what made those old flip-phones so appealing, not least their deeply tactile way of hanging up on calls. What I’m really looking forward to, though, is a time when I can actually recommend people put a foldable phone on their shortlist. That really can’t come soon enough.