I’m preprogrammed to have a soft spot for the new Motorola Razr, the company’s first foldable-screen phone. Like a whole lot of people – 50 million were sold in the first two years, after all – I had a RAZR V3. It wasn’t my first Motorola clamshell, mind; my first ever cellphone was a Motorola StarTAC.

In the days before smartphones they seemed positively magical. That’s even though the StarTAC treated SMS texting as an afterthought, and the RAZR V3’s camera boasted a resolution slightly above that of a potato. 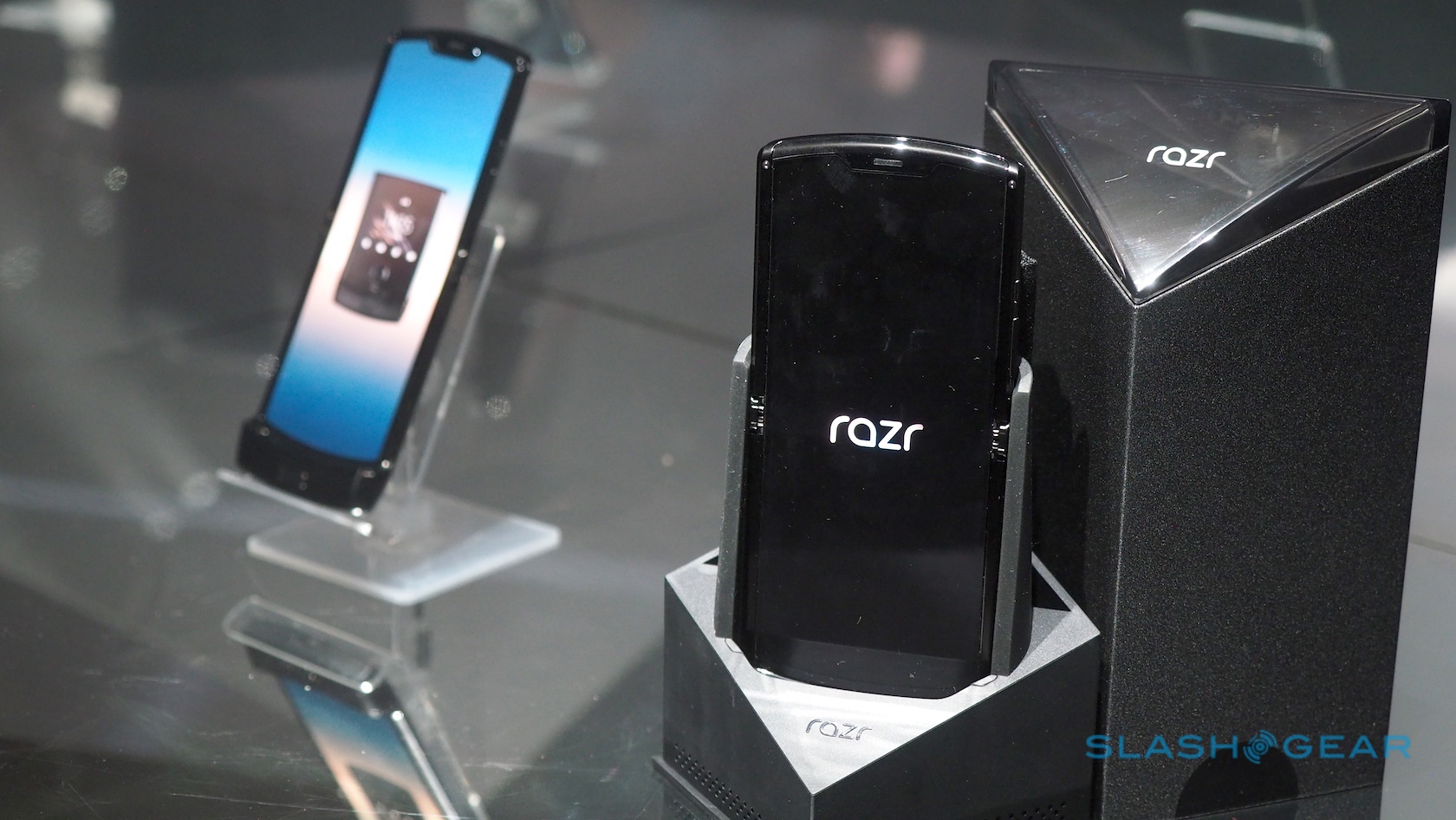 Phones like the RAZR V3, at least in North America and Europe, began to fall from favor as smartphones arrived. By the time Android was on the scene, and the iPhone, the idea of a clamshell was thoroughly archaic. Users – myself included – wanted bigger and bigger touchscreens.

There comes a point, of course, when bigger is too big. It’s comedic to look at the first-generation Galaxy Note with its 5.3-inch display – a screen that, in 2011, seemed massive – and compare it to today’s Note 10+ with its vast 6.8-inch panel. The reality is, though, that there’s a compromise to be made in deciding whether you want the functionality of a big screen or the portability of a smaller device. 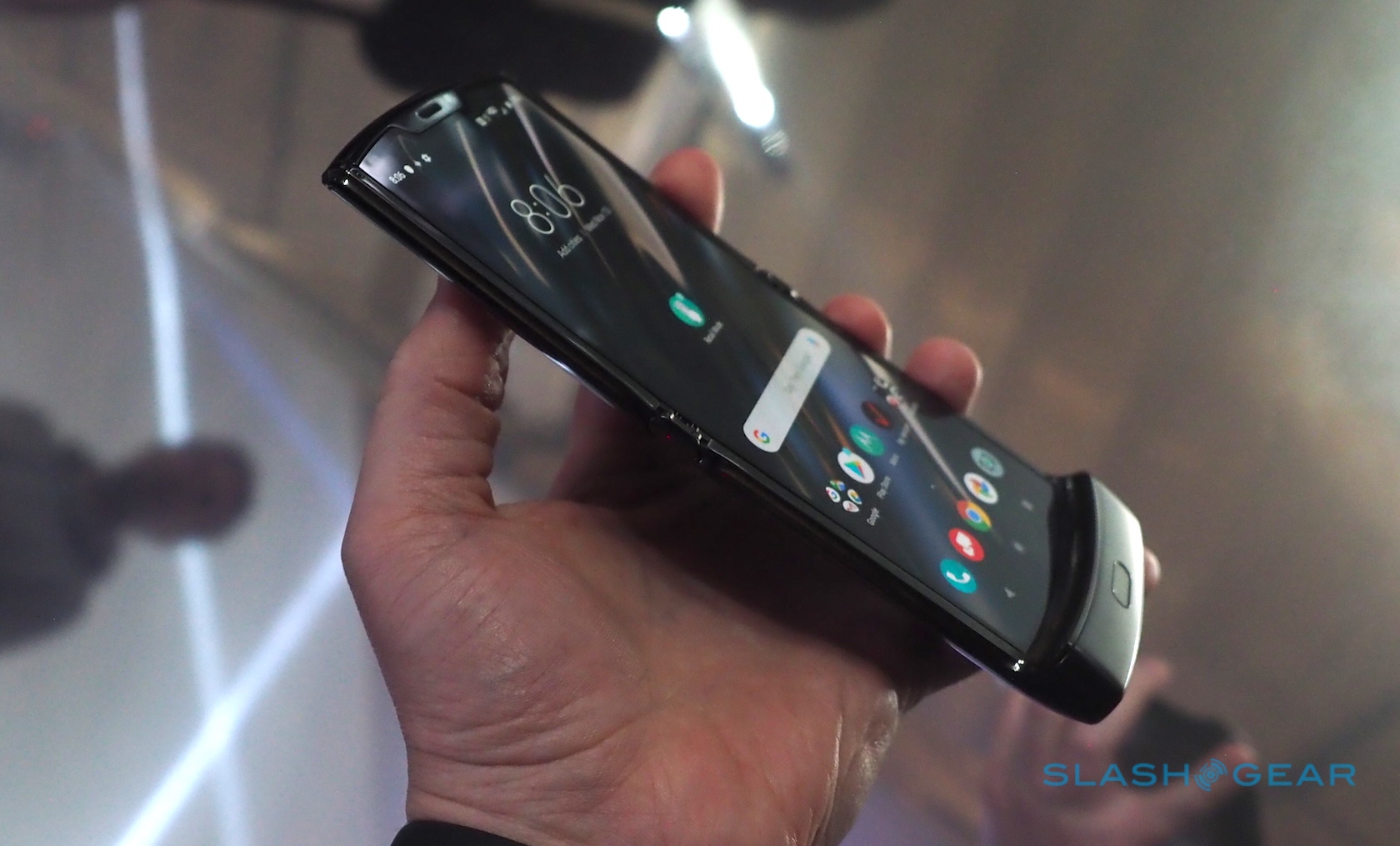 Foldable displays have the potential to tackle that, though Motorola’s strategy differs from other foldables we’ve already seen. Samsung Galaxy Fold and Huawei’s Mate X start out with a relatively large device, akin to a current-generation phone in fact, and then open out into what’s basically a small tablet. For some that’s ideal, but I personally haven’t really felt the need to carry an iPad mini around with me everywhere. 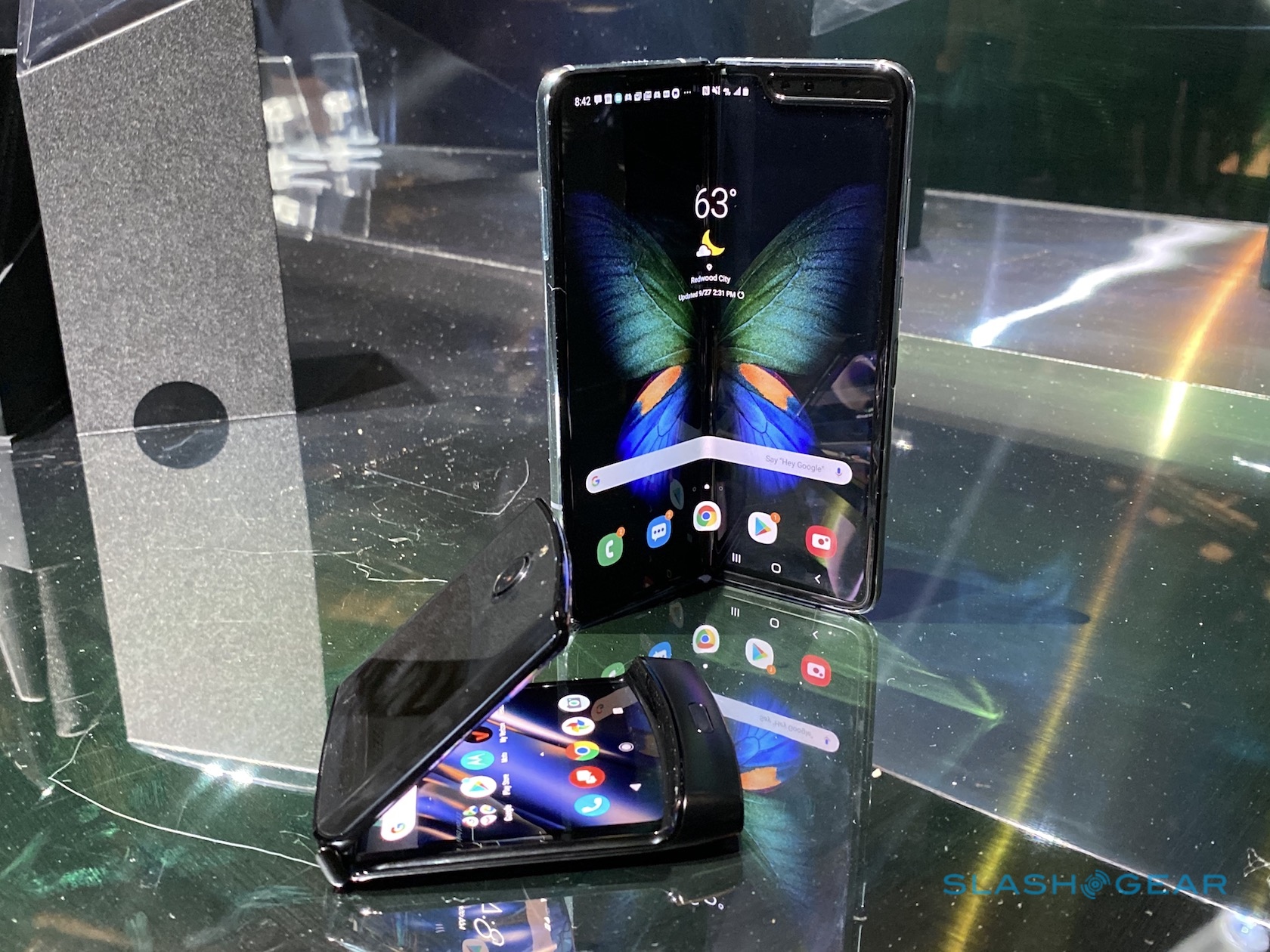 Motorola’s Razr reboot takes the opposite approach, and it’s one that I find myself far more excited about. Open, it’s a 6.2-inch smartphone; not the biggest display on the market, sure, but certainly not a small one. It has decent resolution, too, at 2142 x 876, and the rich colors and inky blacks we’re used to from OLED panels. 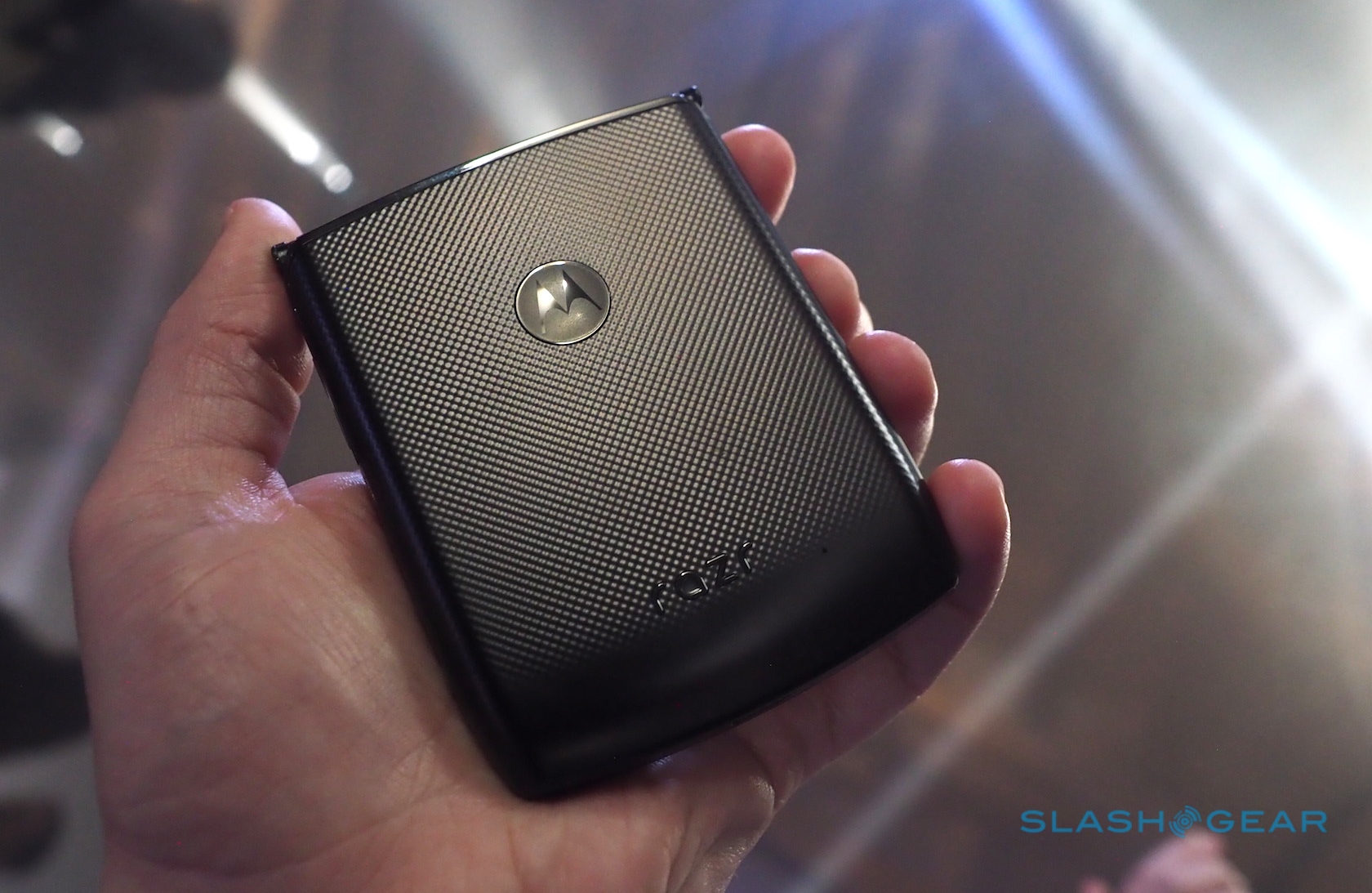 Fold it in half, thought, and you end up with a device with a far smaller footprint. Closed, the new Razr is 72 x 94 x 14 mm; in contrast, a Galaxy S10 – with a slightly smaller 6.1-inch display – measures in at 70.4 x 149.9 x 7.8mm. The Motorola is thicker, of course, and there’s no escaping that the “chin” looks a little strange when the foldable is opened, but the length is a lot easier to handle in a front jeans pocket. 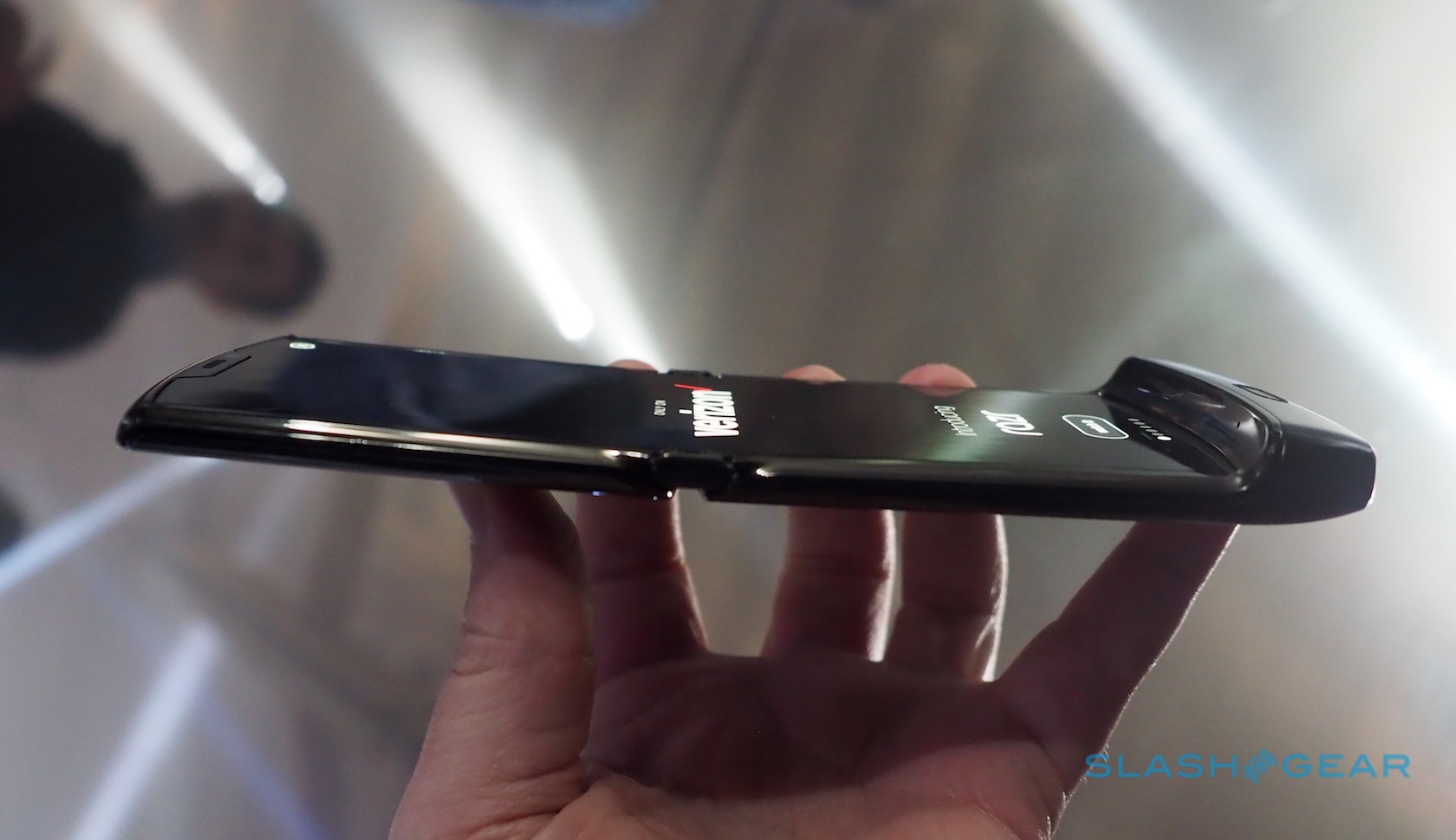 I’ve used smaller smartphones. The iPhone 11 Pro, for example, is a great device, and I love that Apple doesn’t make buyers of its smaller flagship sacrifice the third camera, but I still ended up putting my SIM into the larger iPhone 11 Pro Max. The Galaxy Note 10 is the same, a more than capable phone but one I ended up overlooking in favor of the larger Note 10+. I find myself, like many of us, depending on my phone throughout the day for browsing, email, messaging, maps, and multimedia, and sacrificing screen size doesn’t come easily. 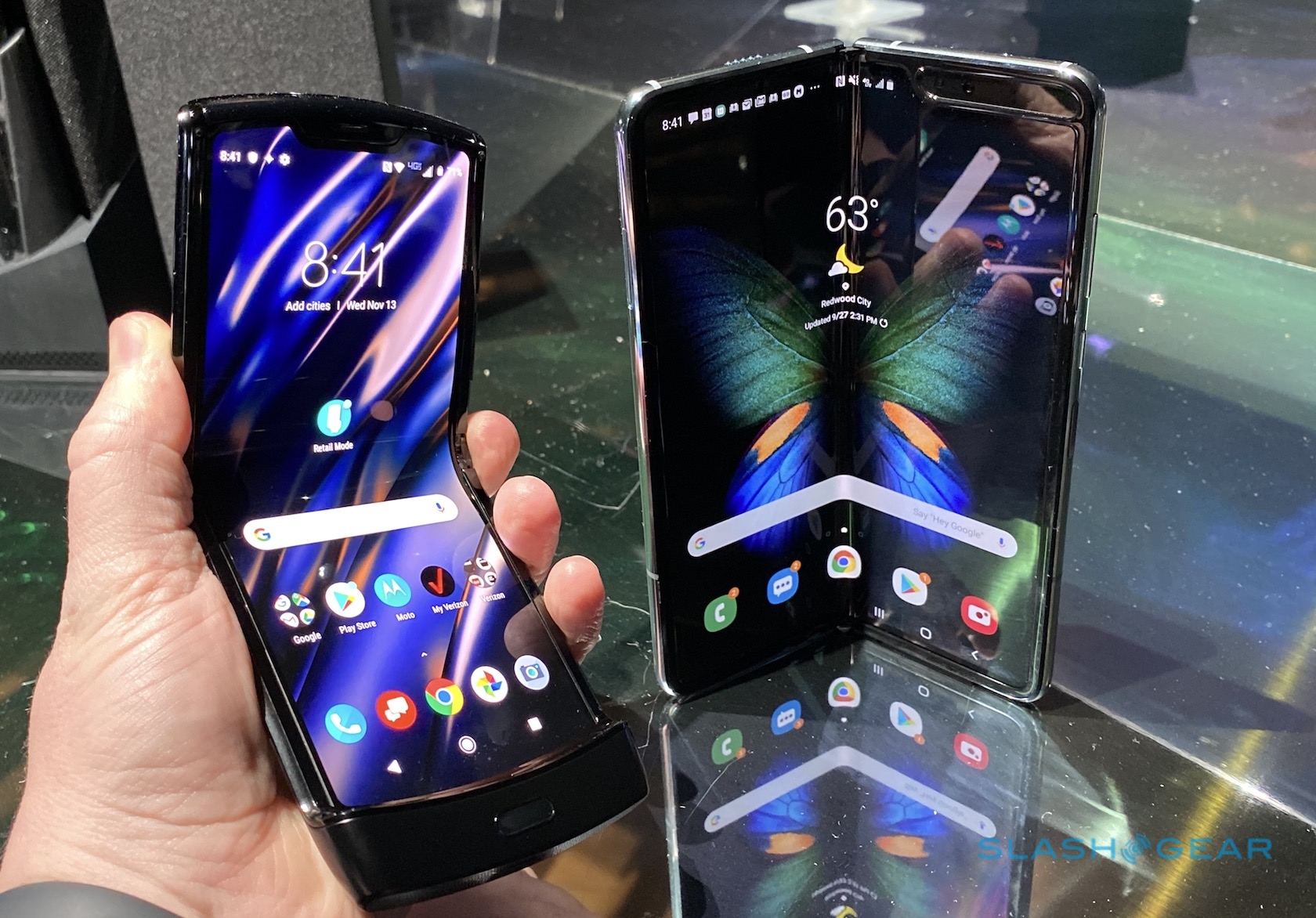 That’s not to say I enjoy carrying those larger phones. It’s hard to overlook their size in my front pocket or jacket pocket; I’m very aware that there’s a big slice of glass just waiting for a table edge or similar to smash right through it. Sure, there are cases which would protect them from every angle, but then you have even greater bulk. 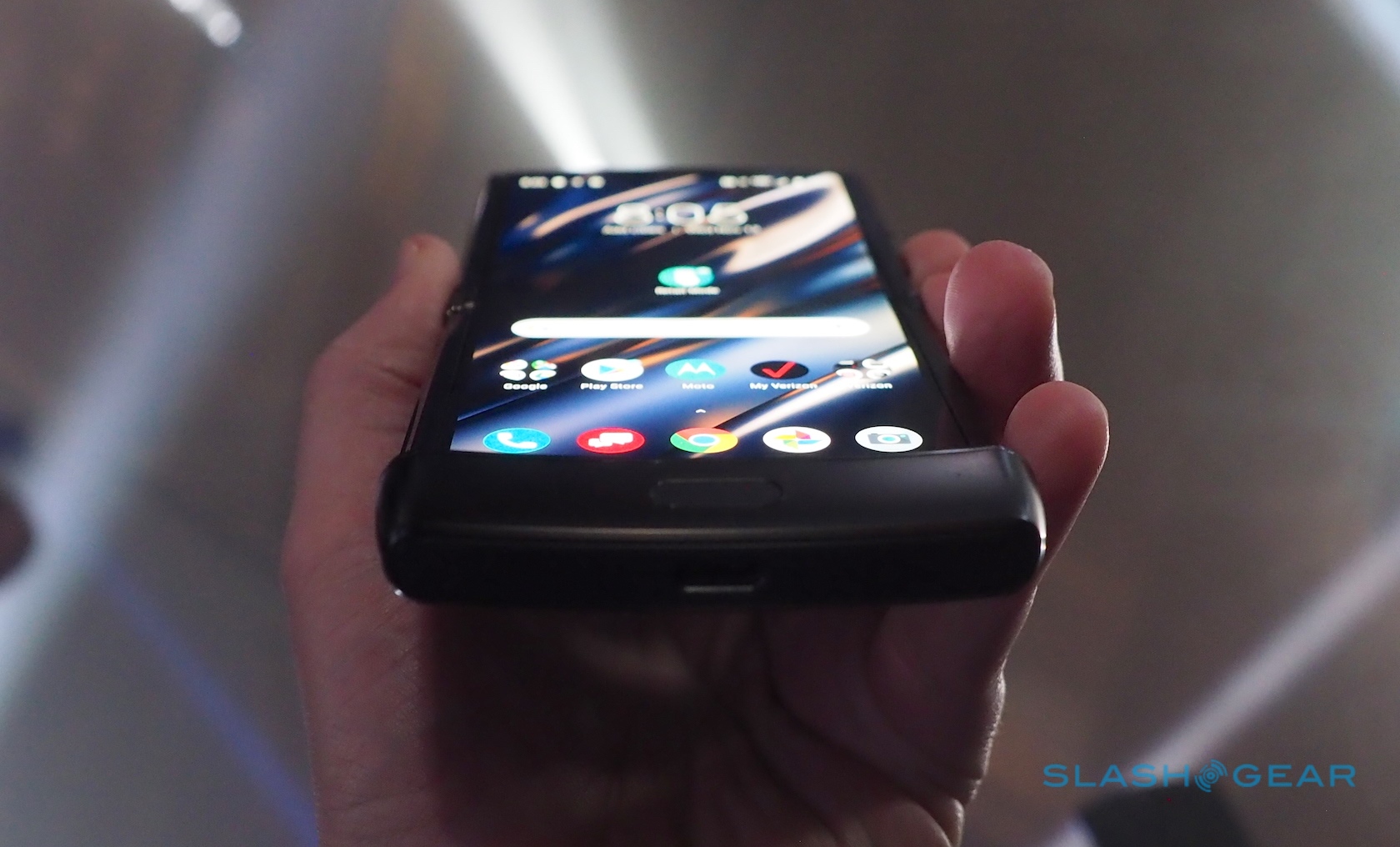 It’s why Motorola’s vision of folding away the most delicate display, safely inside a clamshell design, is so appealing to me. I get a full-sized smartphone when I want it, but in a form-factor that feels a little less… precarious.

Best of all, it has that StarTAC/RAZR V3 “snap” when you close it. Honestly, it’s almost enough to get me start making voice calls again. 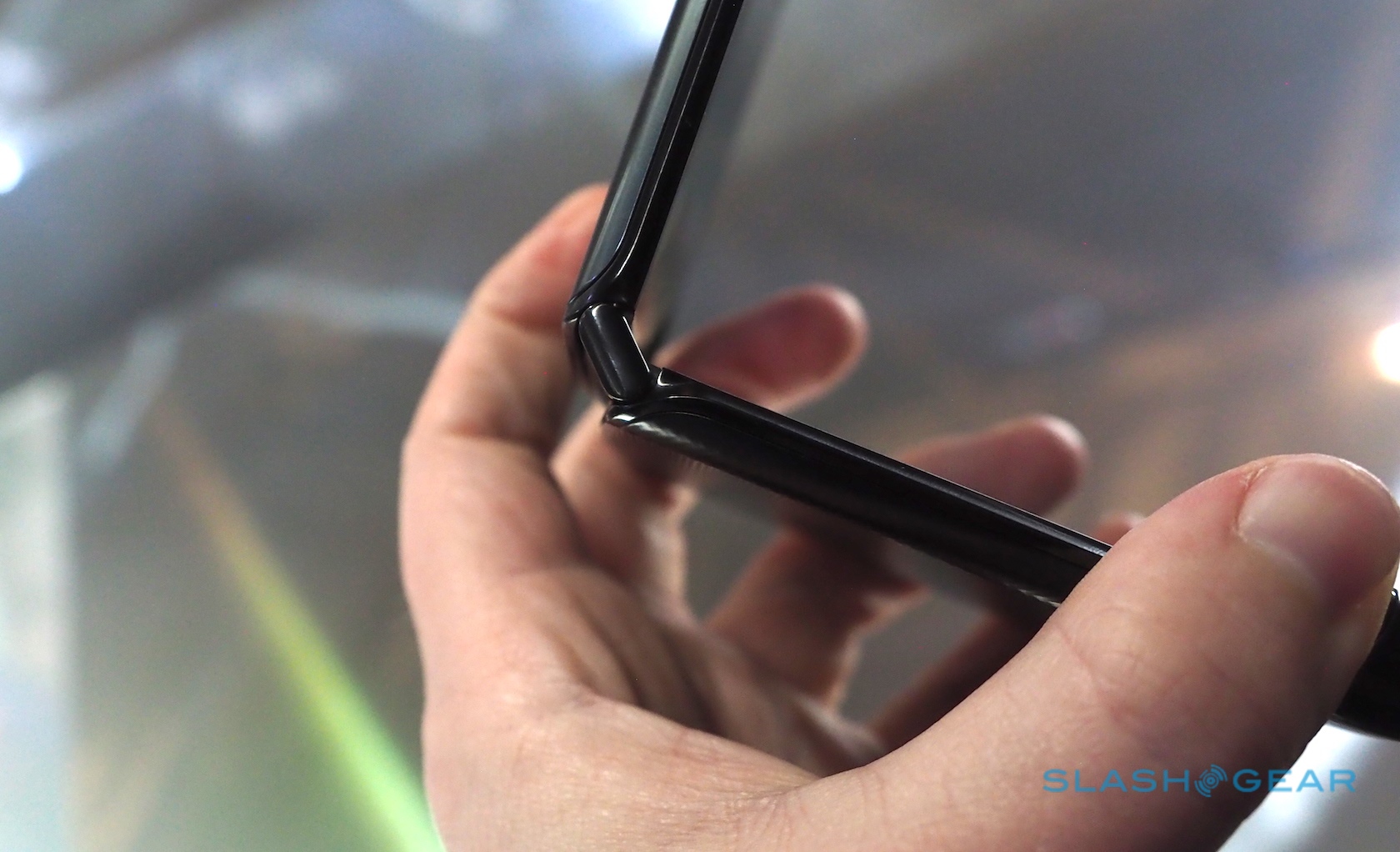 Like I said, I appreciate the vision. I’m not entirely sure that this first-generation interpretation of that vision is quite ready, however. Much like the Galaxy Fold has its foibles, some of them bigger than others, this new Razr feels very much like a first-generation device.

The price is the first big hurdle, unsurprisingly: $1,500 is a whole lot for a smartphone, especially one which doesn’t even get Qualcomm’s current flagship Snapdragon chipset. I’m also not entirely confident in Motorola’s 2,510 mAh battery and its ability to get through a full day. There’s not even wireless charging to take the edge off that. A single camera seems miserly in an age where even phones with “just” two are criticized. 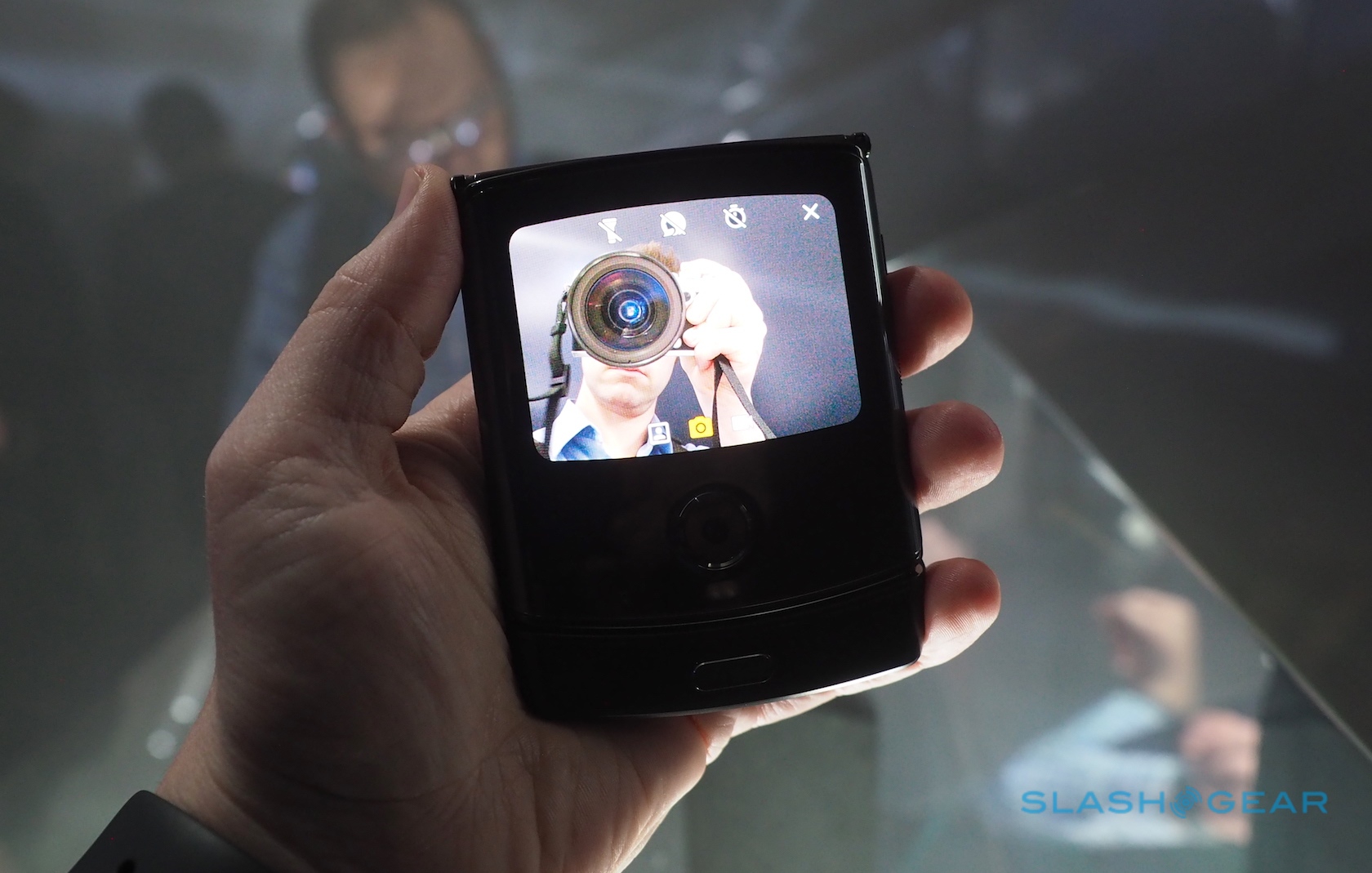 Despite those shortcomings – some of which we’ll have to wait until early next year, when the Razr arrives on shelves, to find out their impact – I’m still quietly charmed by what Motorola has done. I’m so used to name reboots being shameless capitalizing on retro enthusiasm for an old brand, it’s a pleasant surprise to find that the new Razr still has some of that old V3 charm. 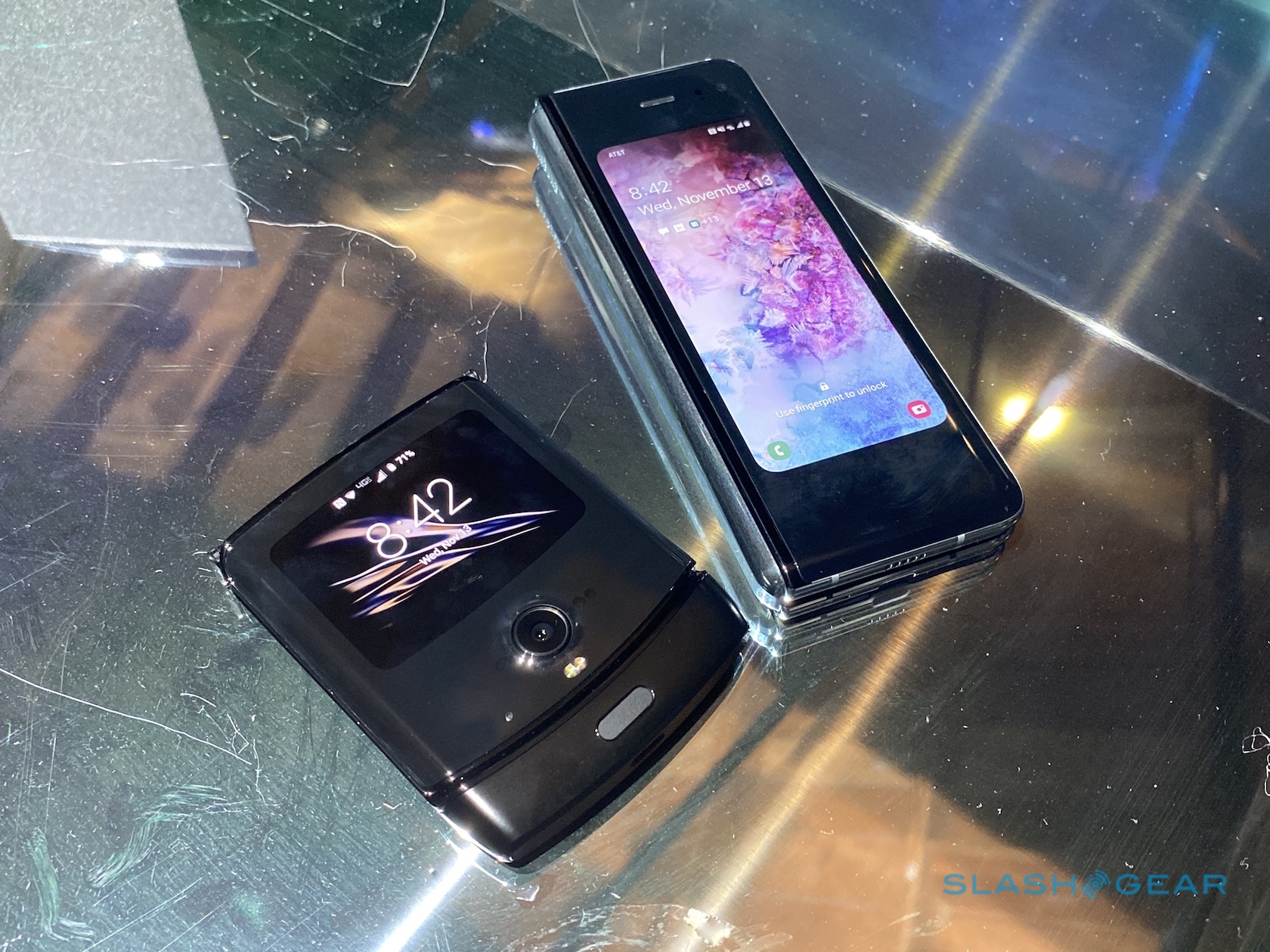 Maybe it’s the fact that, yes, you can open it up one-handed, easing your thumb in-between the halves. Even if, once you’ve done so, you really need both hands to use Android properly. Perhaps it’s the fact that, though there may be rough edges here, the charm – and more importantly the good idea – shines through. 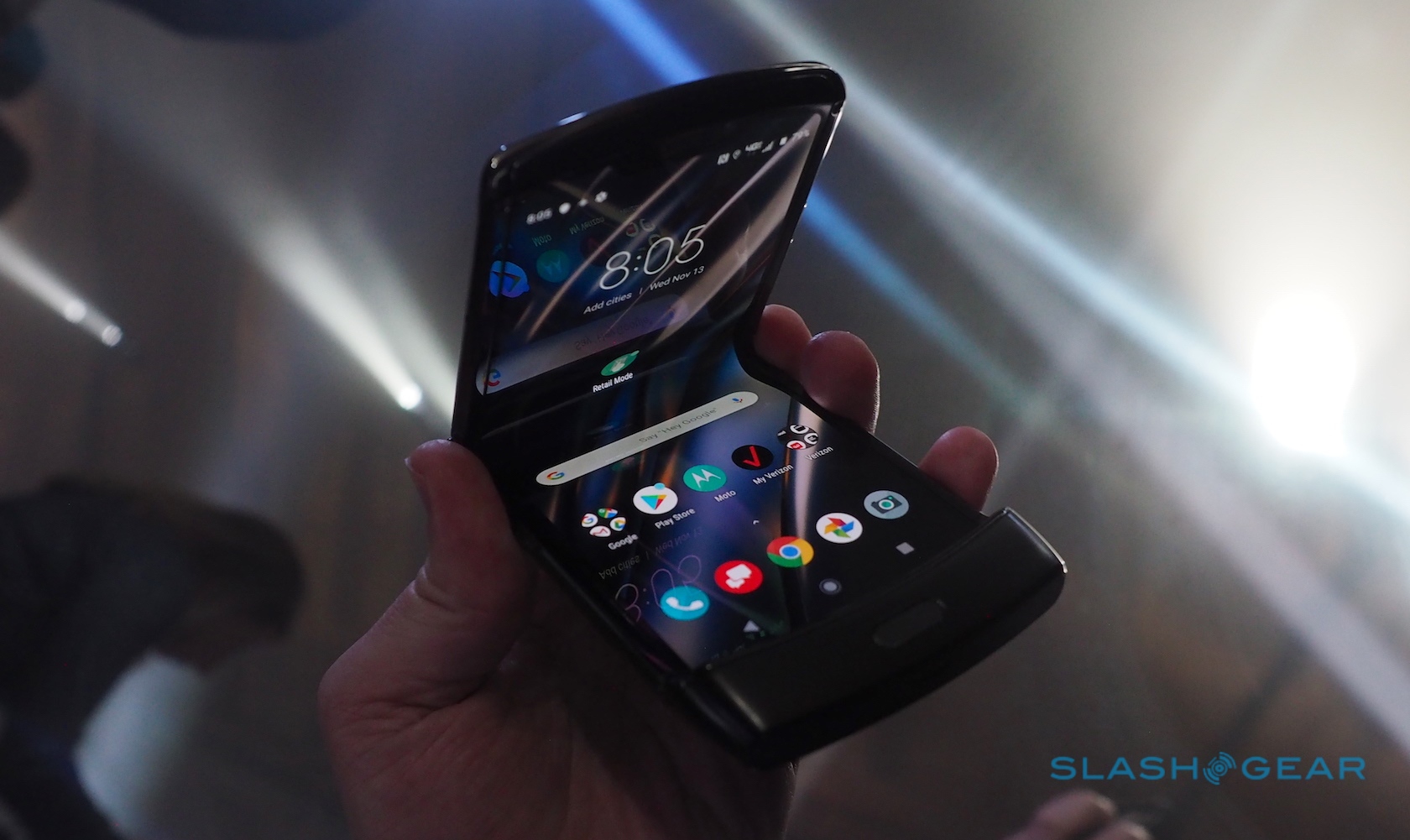 I don’t think I could recommend anybody buy a first-generation foldable phone. Not unless you’re blessed with a full bank account and have an appetite for moderate risk. Yet 2019’s Razr finally gives an answer to the question of “but why?” that has plagued foldable-screen devices since they were mere concepts. You get more display, but with a smaller footprint in your pocket. That’s the sort of easy message that a whole new category can be built on.