VW mobile charging robot would bring the power to your EV

Gas pump attendants are getting an EV upgrade, with Volkswagen showing off a new mobile charging robot that could bring the power to your electric vehicle and even plug it in for you. The prototype robot would be free to roam around restricted parking lots, VW suggests, bringing power to wherever an EV was parked rather than forcing drivers to compete for a handful of charger-equipped spots.

VW isn’t the first to think about a robotic arm’s usefulness when it comes to plugging in your EV, mind. Tesla showed off its own vision of something similar – a far more disturbing robo-snake design – a few years back, though while Elon Musk says it’s still on the roadmap there’s no indication of when, if ever, it’ll be released.

Where Tesla’s robot aimed to cut out the tedium of having to remember to plug your car in when you park it at home, however, VW’s has a different focus. Its mobile charging robot is intended to address a shortage of charger-equipped EV parking spots in public garages and parking structures. Currently, that requires a certain number of spots being blocked off for EV-use only, each with a charger.

As Volkswagen envisages it, the alternative is a robot that brings power to wherever the electric vehicle might have parked up. It trundles over to the EV, bringing with it a “mobile energy storage unit” – essentially a big battery pack that has been topped up out of the way of the cars – that it can use an articulated arm to plug in. “Once the vehicle is fully charged,” VW explains, “the robot independently collects the mobile energy storage unit and takes it back to the central charging station.” 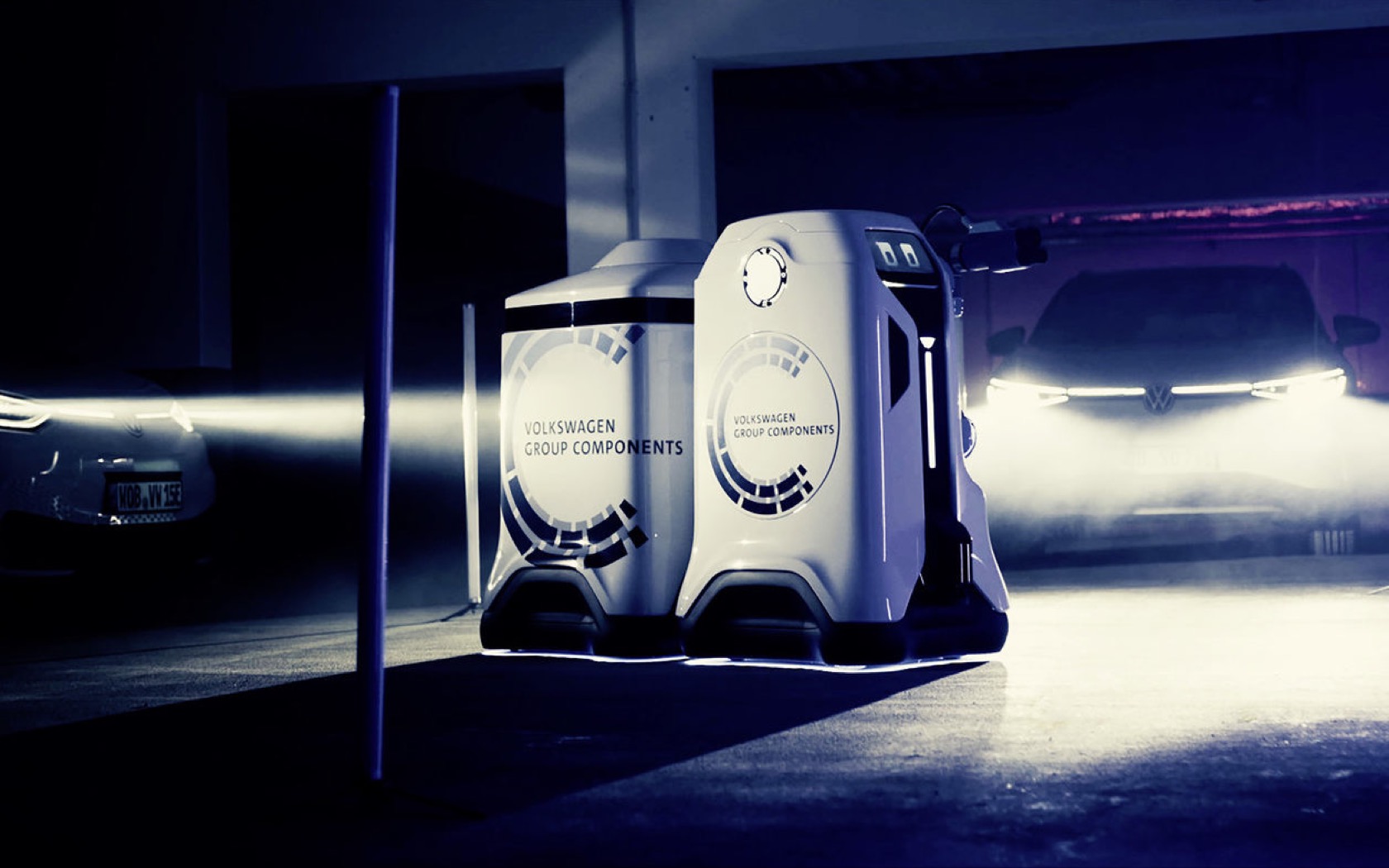 The process could be triggered manually, by the driver of the EV, using an app. Alternatively, vehicles equipped with Car-to-X communication could directly contact the mobile charging robot system, instructing it where to bring the power pack to, and authenticating any necessary payment without the driver being involved.

Figuring out how to keep a growing number of electrified vehicles topped up is an increasing concern to automakers, as they consider their generally aggressive sales targets for EVs. While public charging networks are growing, that’s still not at a rate suitable to sustain the sort of vehicle numbers envisaged over the next few years. In addition, it also presents challenges when the chargers actually available aren’t necessarily in the locations where drivers need them most. 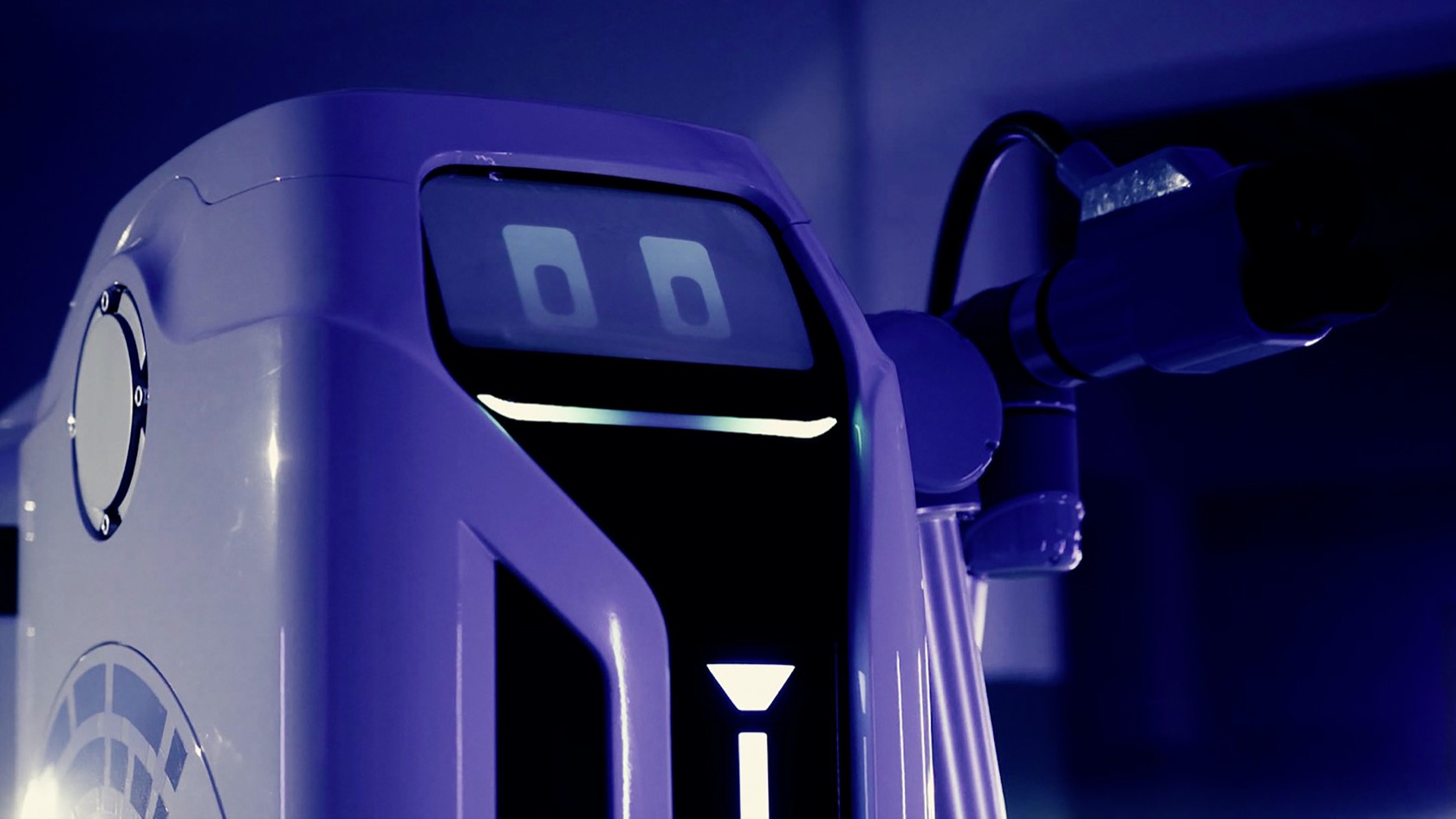 Parking garages have become one such pain-point, given the cost and disruption involved in retrofitting existing structures with the high-voltage infrastructure a number of EV chargers require. VW’s strategy of instead making the chargers mobile within that structure could simplify the process.

The automaker says it’s working on developing a whole DC charging family, and that the quick-charging station should launch commercially in early 2021. As for the mobile charging robot, that’s still in prototype form, but VW says it will “be comprehensively further developed.”