It’s been a few years since we last saw Tesla’s faintly-disturbing robot snake charger in action, but if you assumed Elon Musk had forgotten about the time-saving gadget, think again. Teased in late 2014, and then shown as a functional prototype in mid-2015, the “solid metal snake” robo-charger promised to rescue drivers of the EVs from having to plug in their car manually to charge.

Instead, the robo-snake – basically a segmented robot arm with a Tesla charging connector on the end – would sinuously get to work in your garage. Arching up, it would intelligently locate the charge port on the rear panel, and connect itself to keep the vehicle’s battery topped up.

It was a typically high-tech and eye-catching solution to one of the lingering headaches of electric vehicle ownership: remembering to plug in. While drivers of electric cars and SUVs don’t have to stop by the gas station, they do still need to charge up, of course. Tesla’s robotic charger was a fairly outlandish answer to that minor annoyance.

It’s not the first charging possibly Tesla has explored. While the company operates its own Supercharger network of high-speed charging stations, where Tesla drivers can plug in while away from home or the office, the automaker also experimented with a brief trial of a battery swap system. That would’ve seen the power pack of a Tesla EV disconnected, removed by robots, and replaced with a fully-charged version.

Trials of the system were quietly shut down, however. Tesla has said that, despite early positive feedback around the idea, practically it wasn’t shaping up to be anywhere as popular – or efficient – as Superchargers are. 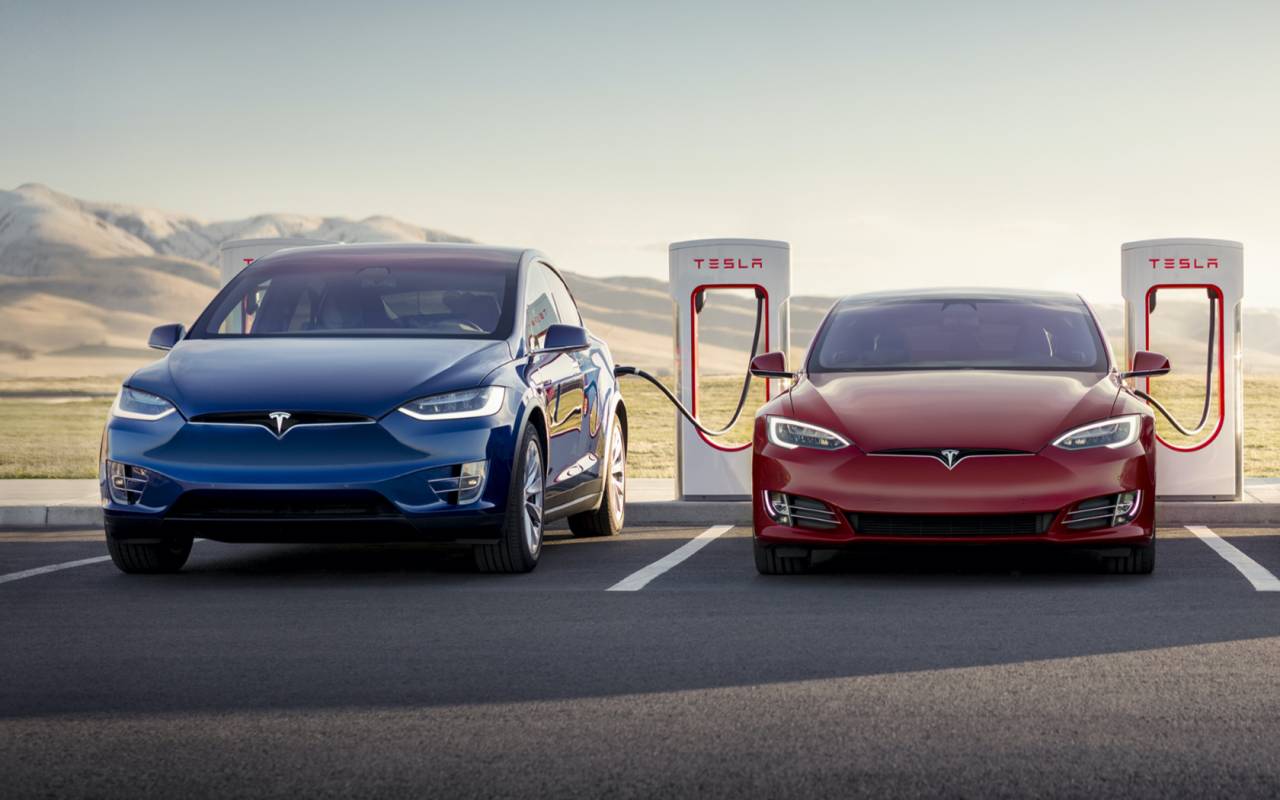 Wireless charging, meanwhile, has never been part of the Tesla strategy, at least not publicly. Mediocre charging rates are likely the reason for that, with speed to recharge significantly slower for wireless pads than a wired connection.

Speaking on Twitter, Tesla CEO Elon Musk confirmed this week that the automatic charger was still in the works. Asked whether the still-unreleased full self-driving (FSD) package would be able to drive a Tesla across the US by itself, Musk said yes, “provided we do our metal gear snake auto coupler.” Asked to confirm that the snake charger was definitely still on the roadmap, Musk insisted that “yes,” it was.

Clearly, Tesla isn’t short on projects right now. As well as a rumored refresh for the Model 3, there’s the new Tesla Roadster, the company’s Semi haulage, and other products in the pipeline – Musk is even teasing a $25,000 Tesla. That’s before you get to bolstering Solar Roof production and installation rates. Nonetheless, a robotic charging snake could be an interesting diversion, not to mention an accessory that many deep-pocketed Tesla owners would be interested in having, even if FSD going live is still some way out.