VW keeps teasing us with its all-electric Microbus, and if the latest Volkswagen roadmap is to be believed we’ve still got a couple more years to be patient through. Unveiled all the way back in January 2017, the ID. Buzz concept promised a reboot of the classic camper van, showcasing the then-new MEB electric platform and instantly finding itself with an eager audience of would-be owners.

After that, VW pushed out ID concept after ID concept, aiming to show just how flexible its modular electric architecture could be. We’ve seen everything from an electric dune buggy to an electric sports wagon. 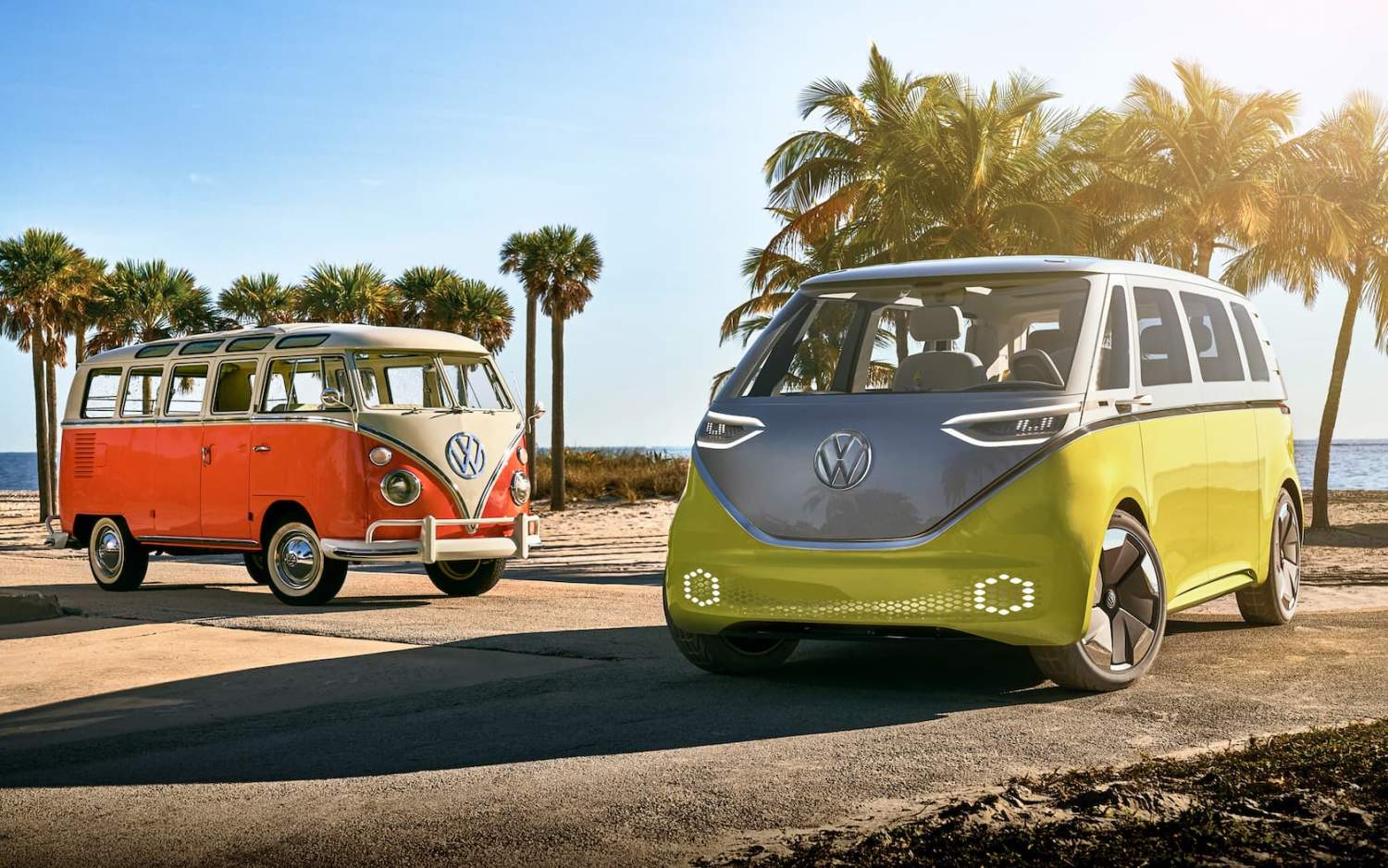 By the time it came to actually launch a commercial vehicle on the MEB platform, though, things had swung back to more sensible fare. The VW ID.3 came first, offering Europe a Golf-sized electric hatchback. Within the past month or two, meanwhile, VW’s ID.4 electric crossover launched in the US, marking MEB’s American debut at the same time.

With the ID. Buggy a no-go, however, the big question has been when we might see some of the more whimsical applications of MEB, and the ID. Buzz specifically. VW said back in August 2017 that it planned to make a production model, but that we’d have to wait until 2022. Unfortunately for those of us in the US, that’s not quite the case. 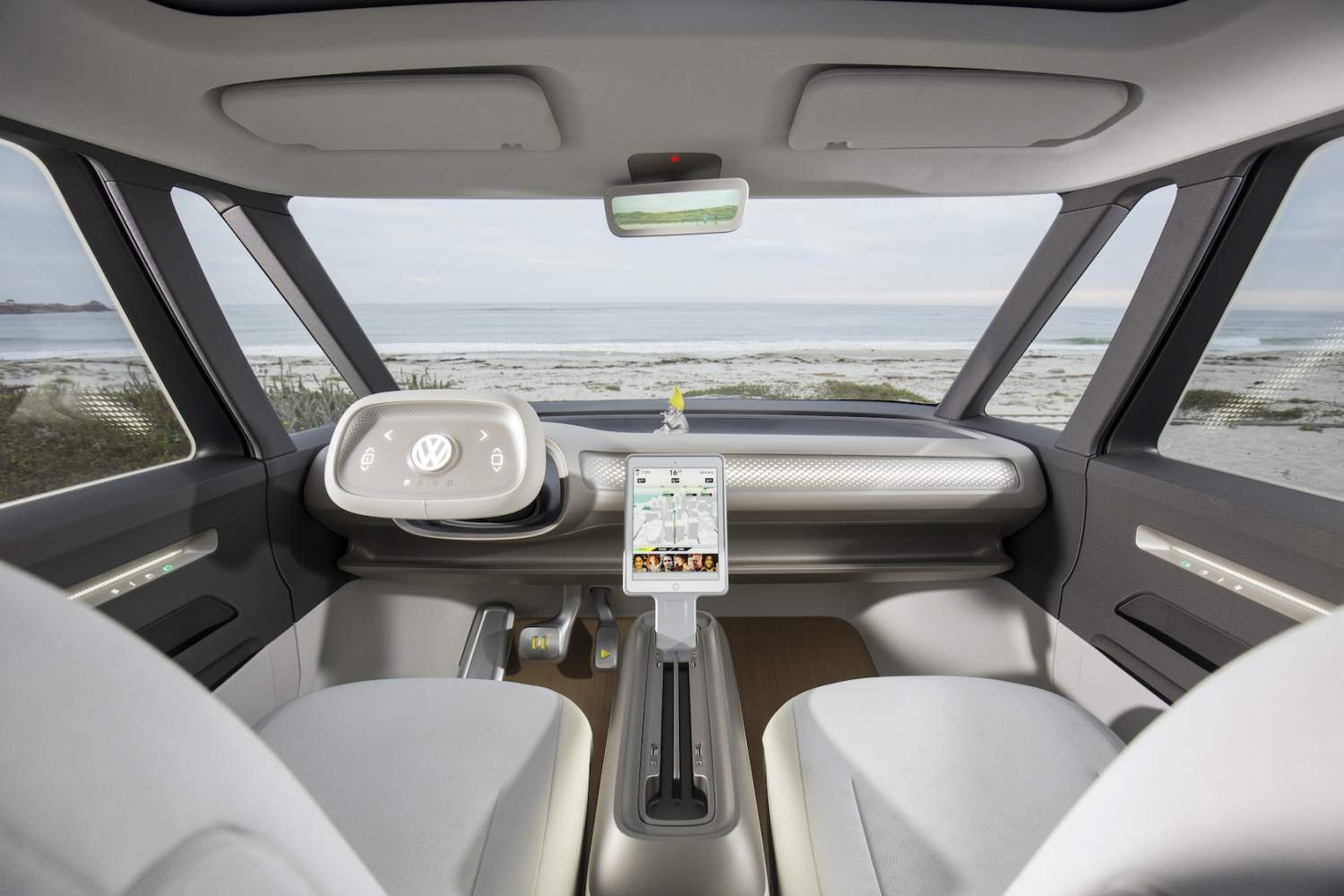 The production ID. Buzz van will go on sale in Europe in 2022, Volkswagen’s Carsten Intra, head of the automaker’s Commercial Vehicles Division, told Car & Driver. However it won’t be until 2023 when the 2024 ID. Buzz arrives in the US. Even then, it won’t be with the same range of options as European drivers enjoy.

Europe, for example, will get both the passenger and commercial versions of the Microbus EV, the latter expected to offer an available solar roof. There’ll be both short and long wheelbase options, too. VW is even working on an autonomous version, though its release won’t come until some time later.

For the US, however, there’ll be just one core model: a passenger ID. Buzz with the long-wheelbase. VW will offer up to three configurations, it’s suggested, kicking off from a rear-wheel drive version with around 200 horsepower. A high-end ID. Buzz flagship will have all-wheel drive, and up to 300 horsepower. 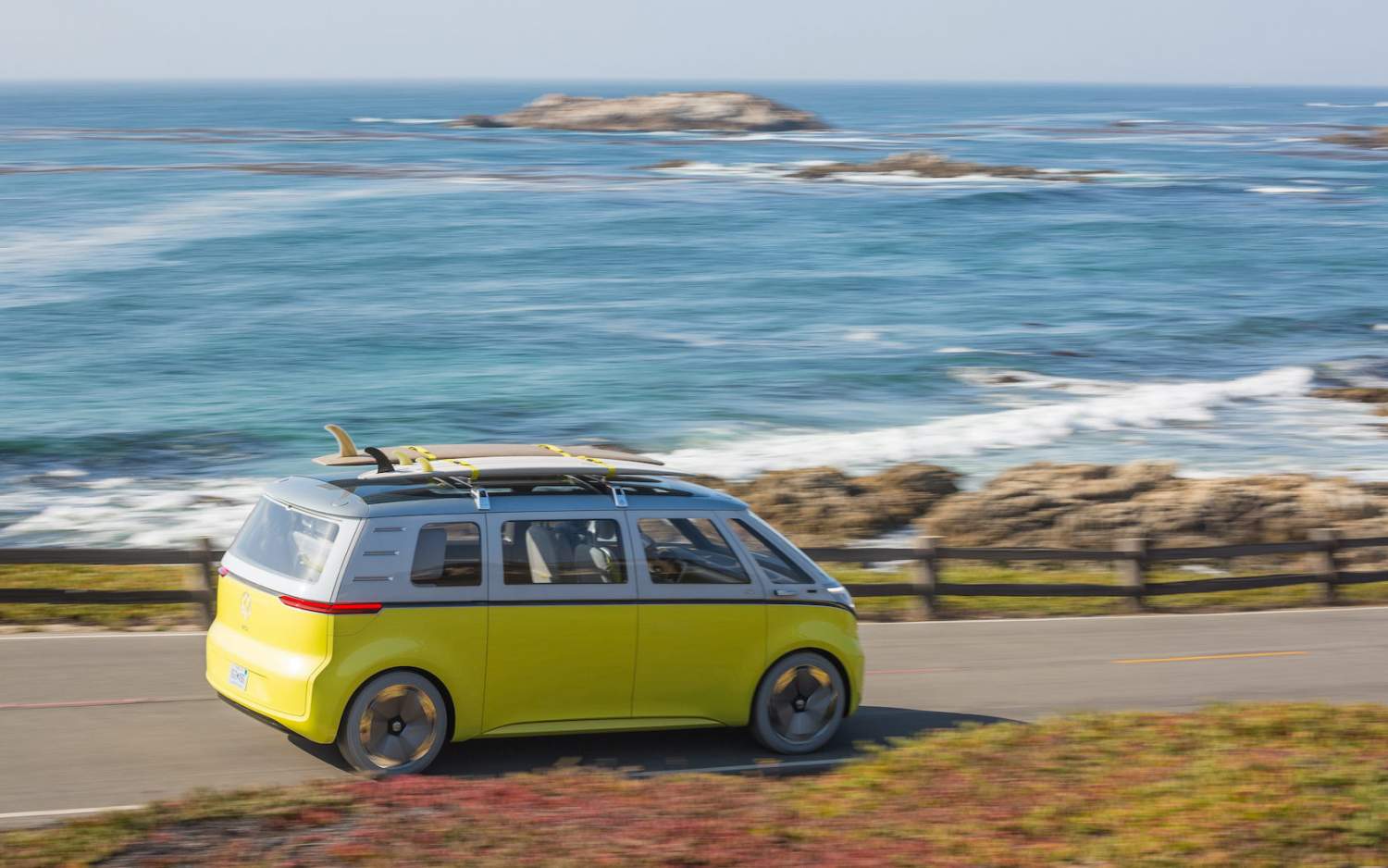 Battery size and expected range have not been announced yet, though Volkswagen is apparently considering as many as three options there. The VW ID.4, for example, is rated as offering up to 250 miles of range by the EPA, with rear-wheel drive and an 82 kWh battery (of which 77 kWh is usable). The larger ID. Buzz could carry a larger battery pack, of course, but will also be heavier.

Of course, these are the plans today, and it’s fair to say we’re still moderately skeptical about when, exactly, the ID. Buzz will finally arrive. VW plans to build the electric Microbus at its plant in Hannover, Germany, though that won’t begin for some time yet. Here’s hoping the plans don’t change between then and now.