Volkswagen has brought its electric crossover concept to the LA Auto Show 2017, the VW. I.D. CROZZ, and the little SUV EV is something particularly special. That’s because, the German automaker says, while the show car may only be a concept today, the production car will be the first of VW’s next-generation EVs to hit US roads.

That’s not going to happen until 2020, mind, as part of what Volkswagen insists is its new commitment to “global leadership in electric mobility.” The I.D. CROZZ was first shown off at the Shanghai Motor Show earlier this year, though makes its North American debut this week in LA. it’s an important model for the car company. 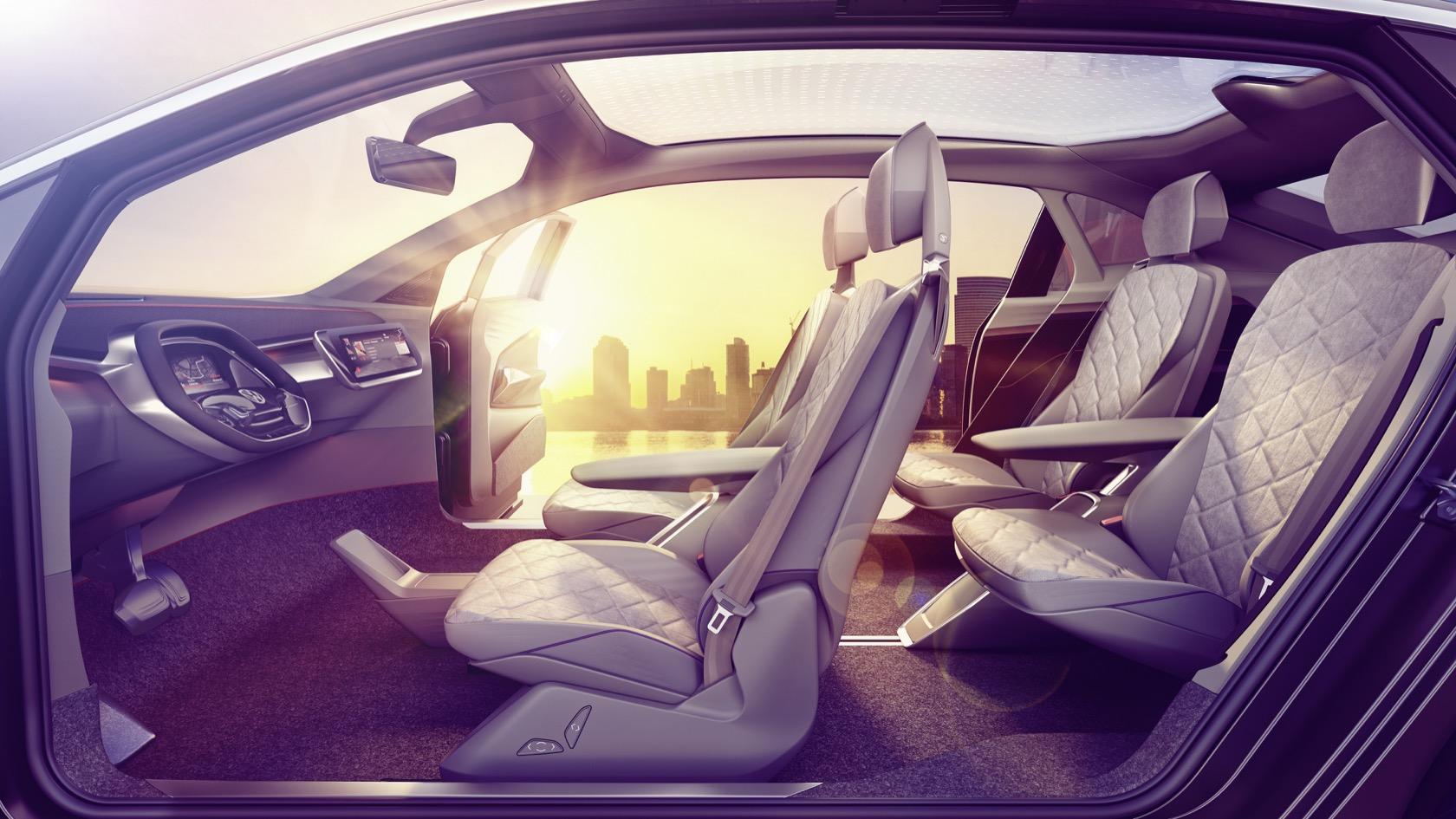 Indeed, the production version of the I.D. CROZZ will make it to dealerships before VW’s other hotly-anticipated EV, the production version of the I.D. BUZZ “Microbus”. VW confirmed earlier this year that, in the face of a vocal and positive response to the I.D. BUZZ concept, it would be giving the green light – no pun intended – to the bus. However, that’s not due to go on sale until 2022.

Nonetheless the two cars have some big similarities. They’re each based on VW’s modular electric platform, the same basic DNA which the automaker says will form the underpinnings of all future Volkswagen-branded EVs. It’s part of the company’s plan to build a full fifteen different models, globally, by 2025. 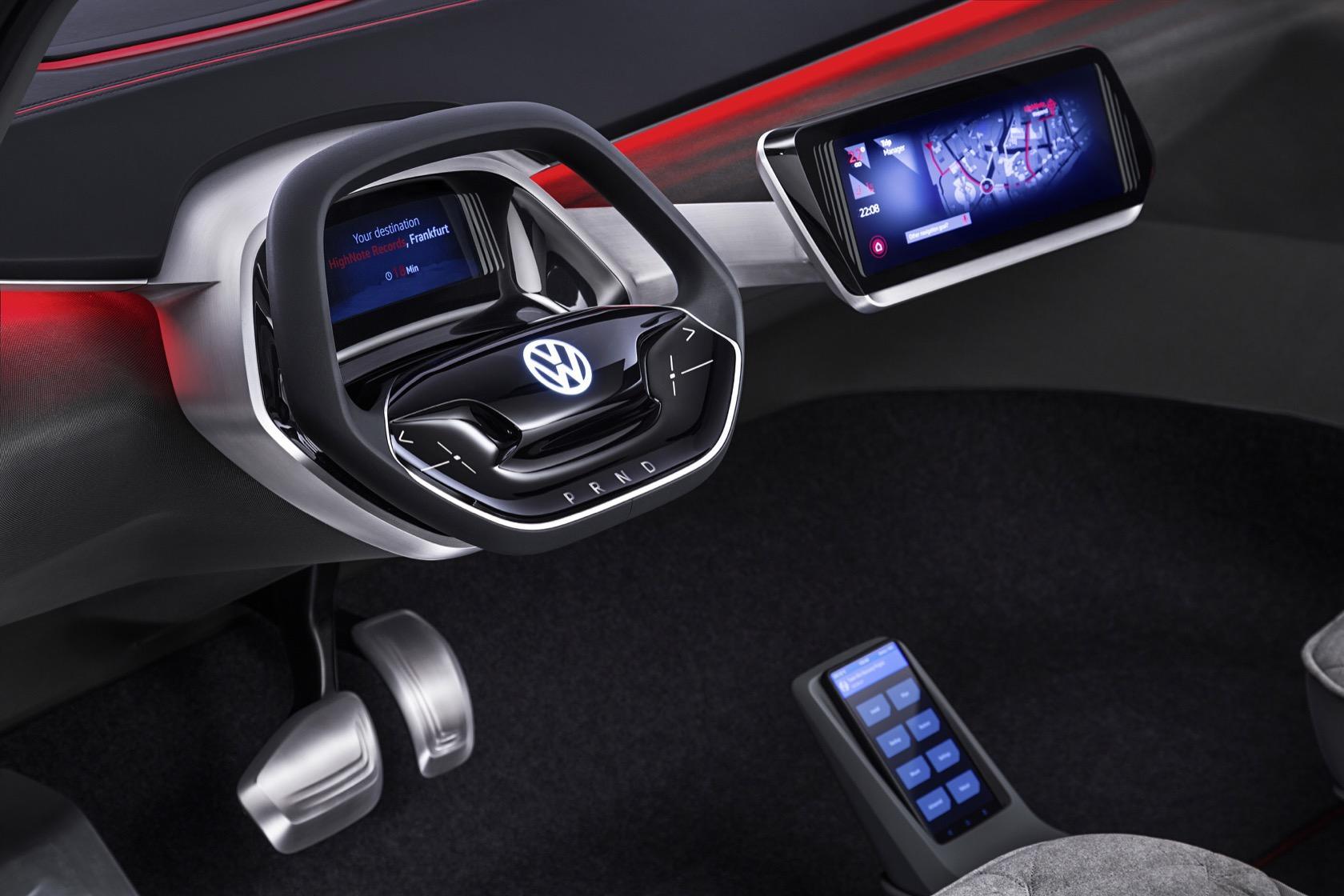 As you’d expect from a concept car, there’s plenty of showmanship to the I.D. CROZZ. Roughly the same size as the current 2018 Tiguan, the midsize SUV packs two electric motors, one for each axle. Together they muster 302 horsepower – 101 HP at the front, and 201 HP at the rear – with the 83 kWh battery said to be good for up to 300 miles of range.

Together they work with a new, EV-minded version of VW’s 4MOTION system. Normally, the I.D. CROZZ is rear-wheel drive. However the front wheels can be powered as needed, when traction is low or in arduous conditions such as snow. While it might not be as important in a crossover as a coupe, there’s a 48/52 weight split front/rear, while the battery pack is mounted low to keep the center of gravity close to the ground. 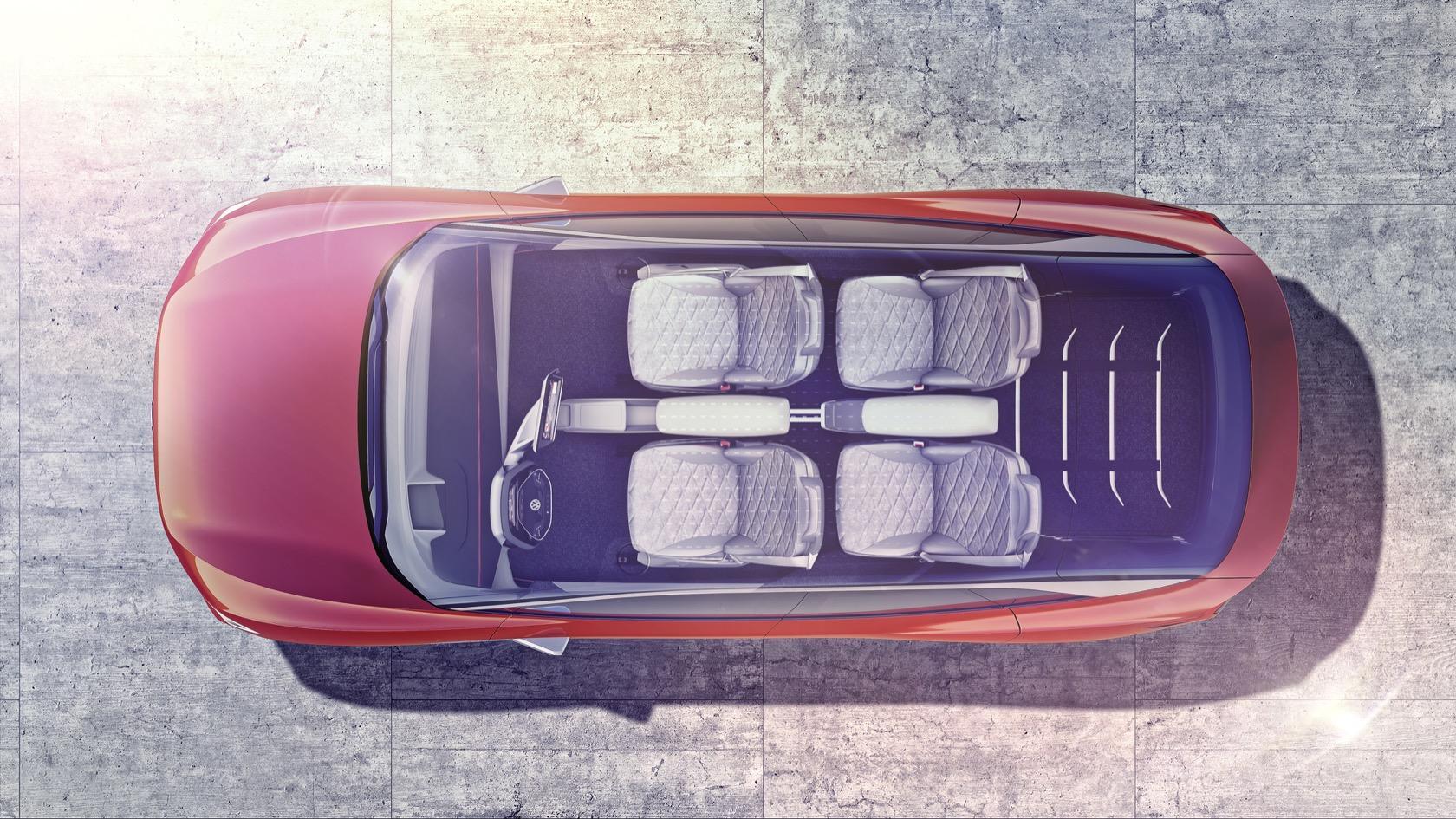 The doors and trunk are voice-activated, and there are communicative lights that run around the whole exterior of the car. When you unlock it, first the VW badge glows, and then that light spreads around until it reaches the rear. The lights have a more fundamental purpose, too: in I.D. Pilot self-driving mode, they glow red to show others that the car is in control. When being manually driven, they glow blue.

Inside, there’s plenty of Alcantara and even more gimmicks. LED light strips, for instance, that are built into the glass panoramic roof and can be controlled by motion, and “Smart Light” LED strips built into the door panels to show that the motorized doors are responding to voice command or, alternatively, warn that a car is approaching. It’s not all voice, mind: there’s a 10.2-inch tablet in the center console for the infotainment system, together with a head-up display and an electronic rear-view mirror. 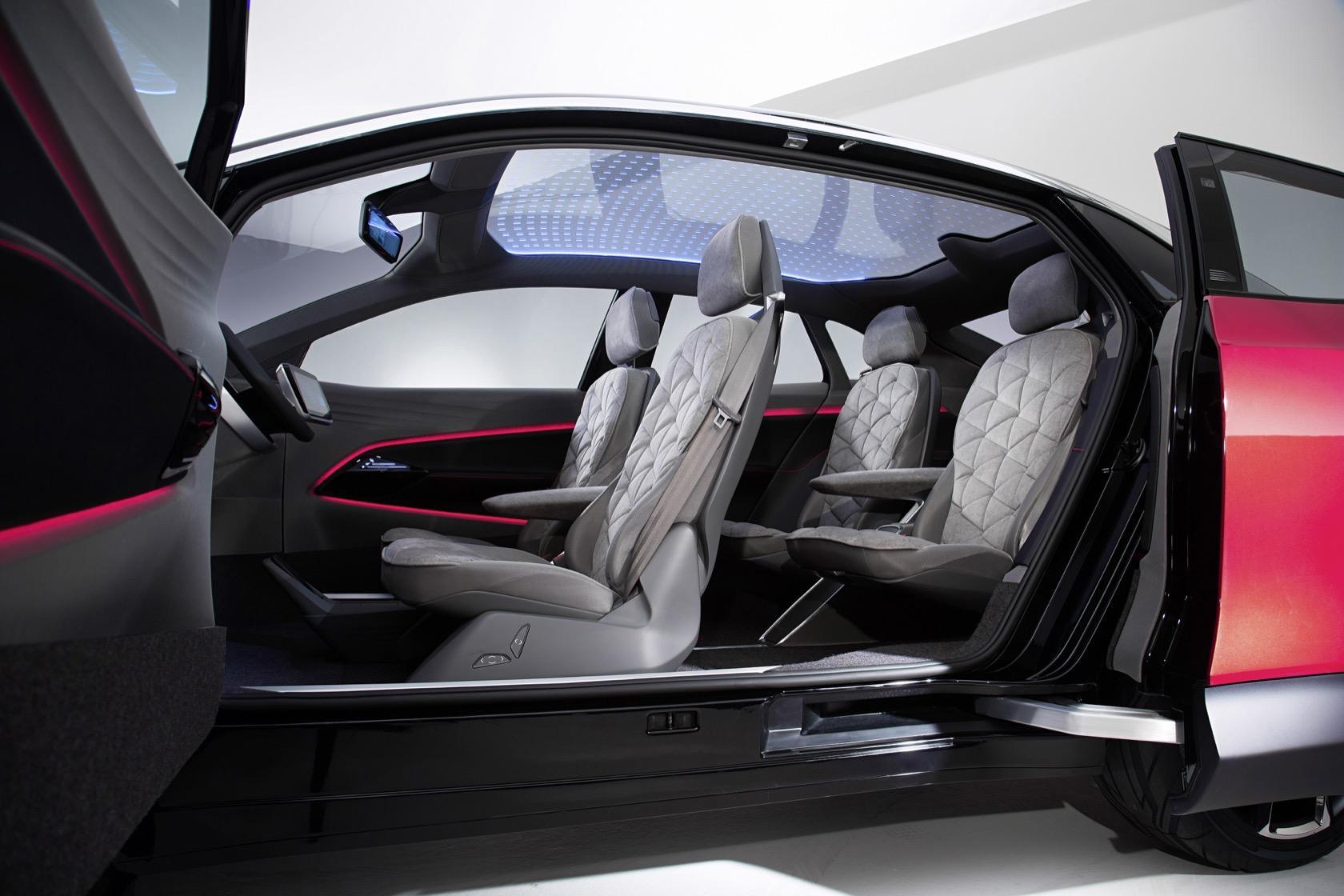 How much of the gadgetry will make it to the production I.D. CROZZ crossover in 2020 remains to be seen. While the exterior design is likely to be broadly the same, the interior will undoubtedly get toned down significantly in order to make it commercially feasible. However, if VW can keep the range at around 300 miles, and deliver on the charging promise of 80-percent in 30 minutes on a 150 kWh DC charger, it’ll have a mighty interesting car in just a few years time. 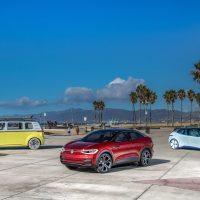 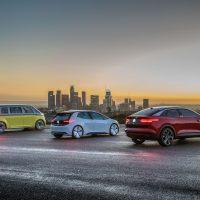 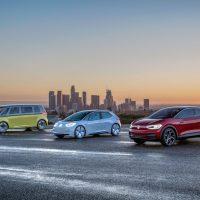 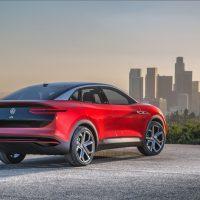 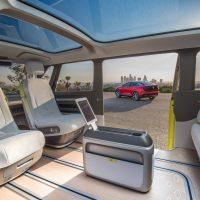 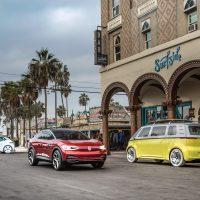 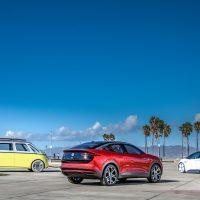 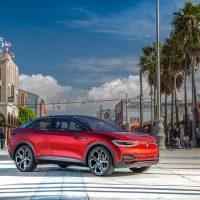