One of the most controversial – and expensive – components in autonomous car development looks set to get a significant price cut, with Nikon announcing plans to begin mass-producing LIDAR sensors later this year. The deal will see camera company Nikon build low-cost Velodyne laser rangefinder systems, suitable for driverless vehicles, robotics, UAVs, and other projects.

LIDAR – or Light Detection and Ranging – uses rapid pulses of laser light to create a map of an area. By firing out those laser pulses, and then recording how long they each take to bounce back, the sensor can build up a so-called point cloud of the environment.

It’s a high-accuracy way of figuring out the nature of the world around, say, a self-driving car. The real time measurements can be used to help identify other vehicles, cyclists, pedestrians, and obstructions in the road. Since LIDAR doesn’t require daylight, it can work at nighttime too.

Most of the autonomous car projects we’ve seen so far have included LIDAR sensors in some form. At the same time, the technology has improved over the years. Unlike the original “spinning trash can hat” hardware protruding significantly from the roof of such vehicles, modern sensors have shrunk down and become far more discreet.

Solid-state LIDAR, meanwhile, has helped reduced the size and complexity. Specialists like Velodyne now offer multiple small LIDAR sensors, which can more readily be integrated into bodywork and which work collectively to map the space around the vehicle. All the same, the LIDAR sensors are invariably the most expensive of any fitted to a self-driving vehicle. 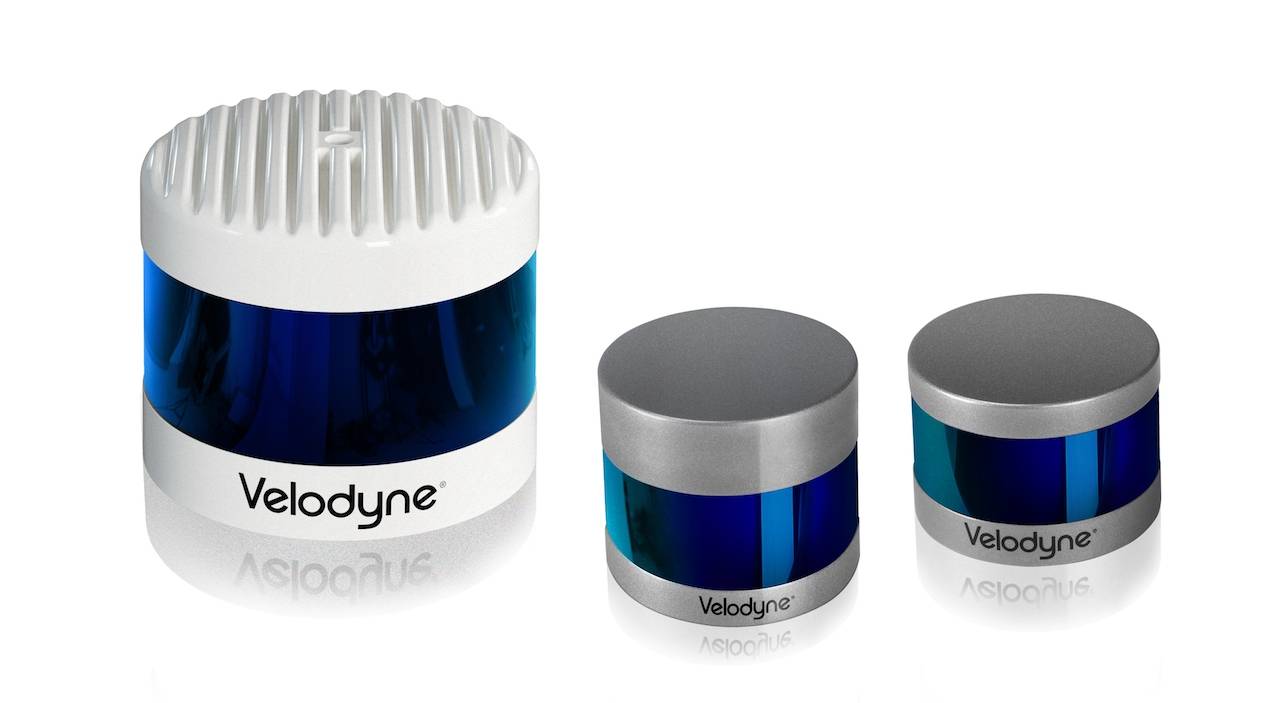 Velodyne revealed the steps it planned to address those shortcomings late last year, when Nikon announced it would be investing $25m into the company. Arguably more important than the cash, though, was the collaboration. The two companies planned to work together on both new sensors and new manufacturing processes, which could make LIDAR technology more effective and easier to produce.

2019 could be the year of mass-market LIDAR

The first fruits of that collaboration will begin later this year. Nikon – or, more accurately, its Sendai Nikon Corporation subsidiary – will begin mass production in the second half of 2019, “a major step toward lowering the cost of our lidar products,” Marta Hall, President and CBDO of Velodyne Lidar, said of the move.

“It is our goal to produce lidar in the millions of units with manufacturing partners such as Nikon,” Hall suggested. That could have implications not only for driverless cars and driver-assistance systems, but other markets which often discover they’re priced out of using LIDAR. Robotics, security, mapping, agriculture, and unmanned aerial vehicles (UAVs) are all cited as potential beneficiaries of cheaper LIDAR sensors.

Just how important is LIDAR to self-driving cars?

LIDAR – and its relevance to autonomous cars in particular – has been increasingly controversial in recent years. One of the most well-known of the efforts to get driverless cars on public roads, that of Tesla’s Full Self-Driving Hardware project, has conspicuously avoided laser range-sensing. Instead, it opted for a combination of camera, radar, sonar, and other methods.

More recently, though, Tesla CEO Elon Musk has scaled up his criticism of LIDAR. “LIDAR is a fool’s errand,” Musk said at the automaker’s recent autonomous driving event for analysts and investors, “and anyone relying on LIDAR is doomed. Doomed. Expensive sensors that are unnecessary. It’s like having a whole bunch of redundant appendices.”

Clearly, Tesla has bet its future – and the “fully self-driving capable” hardware it is already equipping its production cars with, even if they don’t have the software to make such use of it – on a computer vision based autonomous system. It remains in the minority there, though. While we’re still some way out from entirely autonomous, Level 4 or Level 5 vehicles roaming public roads, however, Velodyne and Nikon’s news could well represent a tipping point.

Right now, not every startup looking to develop point cloud-based sensing applications has been able to afford to get into it. Cheaper LIDAR sensors will unlock the door to that. Even before Level 4/5 cars are feasible, meanwhile, mass production of Velodyne’s tech will pave the way for new driver-assistance systems too. 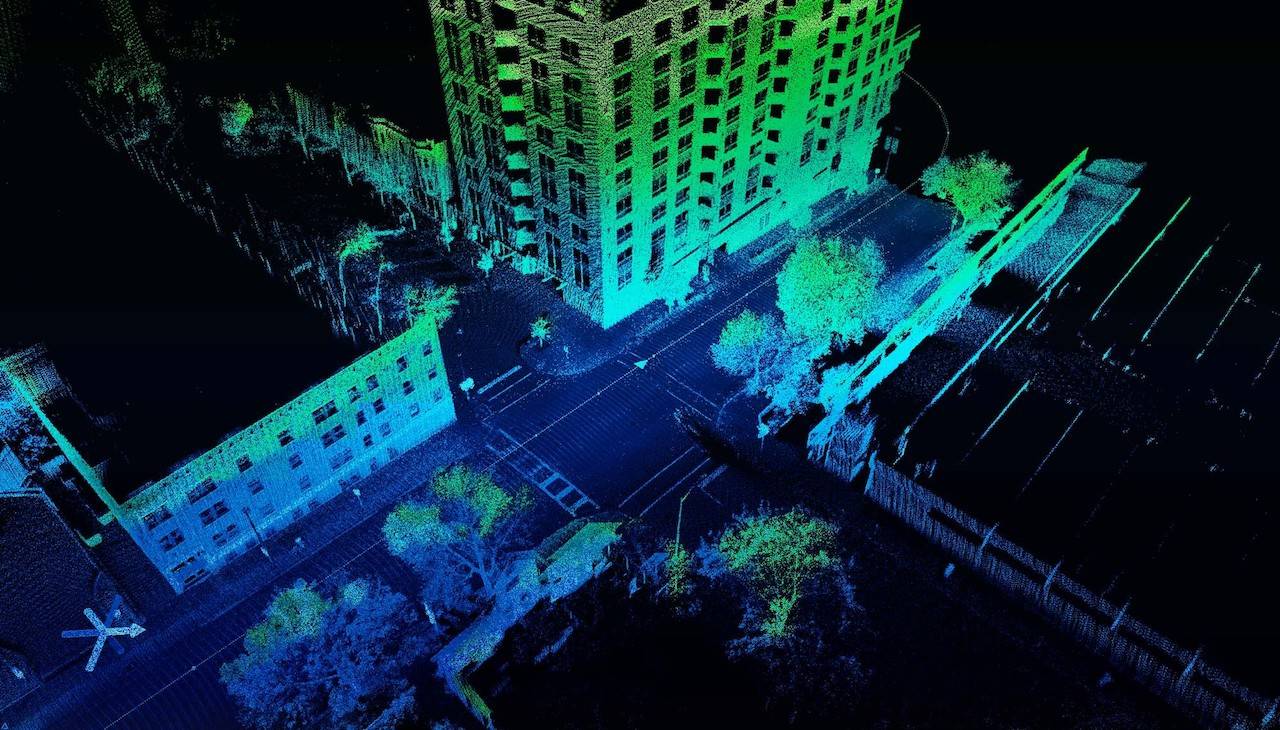 Currently, LIDAR is priced out of the reach of all but the most expensive cars. Just as we’ve seen with features like adaptive cruise control, blind spot monitoring, automatic emergency braking, and other increasingly commonplace safety and convenience technologies, however, there’s clearly an appetite in the auto industry to bring what once were luxuries down to more affordable models. Obviously that will depend on automakers actually building applications for LIDAR, but driver assistance and active safety is a huge selling point right now, and so the impetus is undoubtedly there.

LIDAR still has to prove itself

There are still plenty of questions to be answered. It’s not clear how Velodyne’s “millions of units” goal compares to the actual mass production capabilities of Sendai Nikon Corporation, for example. Nor, indeed, has the company suggested just how much cheaper the new sensors will be compared to their current range. Getting more sensors into the hands of engineers – and onto the bodywork of cars, robots, drones, and other devices – will be instrumental to proving just how essential LIDAR might be in tomorrow’s autonomous world.