Samsung rushed the Galaxy Fold to market in an attempt to prove critics wrong and demonstrate it was an innovator not a follower, insiders claim, hurtling into another embarrassing disaster in the process. The South Korean firm was forced to delay the release of its flagship foldable smartphone, which was meant to arrive with preorder buyers this week, after reviewers discovered it was ominously easy to damage the near-$2,000 device.

Samsung’s roadmap was deceptively simple. The Galaxy Fold was revealed alongside the Galaxy S10 two months ago, billed as the pinnacle of the company’s engineering and development talents. Rather than some proof-of-concept, however, the Galaxy Fold had both a price tag and a release date. 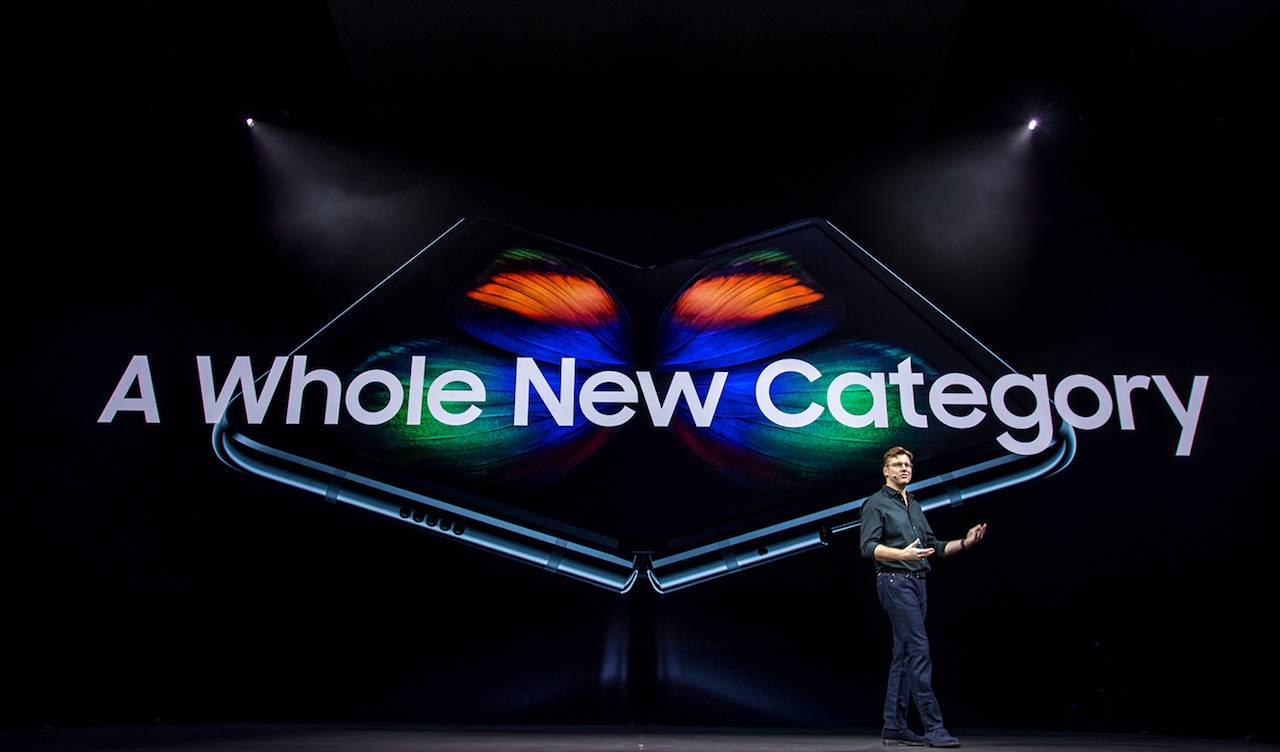 That was to be April 26, with the $1,980 smartphone limited in numbers and – so the expectations went – likely to be in high demand, even at a premium cost. When Samsung handed out a small number of Galaxy Fold devices to reviews last week, however, that roadmap was quickly derailed. Although the futuristic form-factor wowed, screen problems quickly followed.

Indeed it was only on the second day that reviewers had their devices that issues cropped up. Some discovered that what they’d assumed was a protective plastic film installed to protect the internal screen during shipping was, in actual fact, an integral part of the flexible AMOLED panel. Removing it led to the screen breaking.

Others, meanwhile, observed unexpected bulges in the touchscreen, which led to outright breakage. Far from the familiar, toughened glass-protected displays of handsets like the Galaxy S10, the softer plastic of the Galaxy Fold’s panel proved ominously prone to picking up scratches, dints, and scrapes.

Having initially maintained that the reviewer problems wouldn’t impact the smartphone’s release date, Samsung made an abrupt about-turn on Monday. The April 26th release date was off, the company confirmed, to be re-set at a later – and so far undecided – point. Preorder customers were alerted to the fact that they could have a refund or wait for more news in two weeks time.

As we theorized last week, it was no small degree of hubris that brought Samsung’s folding phone plans crashing around it. According to a report from Bloomberg, insiders close to the project say the company was so focused on demonstrating it could still innovate, it missed even obvious issues in its race to reach the market – and beat rivals there.

Samsung, unsurprisingly, wanted to be first to market with a foldable phone. However rivals had plans of their own: Huawei revealed its own flexible device for example, the Mate X, just days later. Years of development at Samsung Display into foldable phone work – spurred in no small part, it’s suggested, by Samsung smarting at being accused of “slavishly” mimicking the iPhone design in Apple’s 2011 lawsuit – went into creating a screen that could be folded and unfolded thousands of times without breaking.

It wasn’t just the AMOLED, mind. Samsung also had engineers digging into the hinge design, figuring out a way to both support the screen and give it space to flex.

In the rush to get the Galaxy Fold launched, the insiders now say, issues that in hindsight seem obvious went unnoticed. The fact that the top layer of internal display plastic resembled a screen protector, and that such a resemblance might encourage users to try to remove it, apparently wasn’t recognized until after reviewers made such attempts. The designers, the insiders claim, had been too focused on the crease in the display to even consider its other aspects.

At the moment, it’s unclear whether Samsung will even bring the Galaxy Fold to market. The company will only say that it will have news on a new release date in due course; sources within the company suggest that Monday’s decision to delay the launch saw Samsung executives involved in “hours” of debate. In a statement, the company said it was working on ways to strengthen the display’s protection, among other changes. How successful – or fast – that can be, remains to be seen.