Right this minute it would appear that Samsung is in the middle of a PR nightmare. The Samsung Galaxy Fold was given to a number of people over the past week, and it would seem that they’re all breaking at once. The issue seems to be in… well… the display, to put it bluntly. The display doesn’t work very well when it’s bent.

If you’ll take a peek at a few examples of what I mean, below. You’ll find that “after one day of use” seems to be the resounding consensus. Almost as if Samsung didn’t take the time to test their review units in-hand before handing them to the press. To say this is a disaster for the TWO-THOUSAND-DOLLAR smartphone might be a bit of an understatement.

If we look at Steve Kovach’s Galaxy Fold, we see several things that are a bit distressing. The phone is freaking out – which is not normal for a smartphone in any case. The entire left side of the display is flickering, which is strange. Usually an Android phone’s display breaks all at once, not in halves.

After one day of use… pic.twitter.com/VjDlJI45C9

You’ll also notice that there’s a set of failed pixels right down the middle of the display, right in the fold. It should be pretty clear here that Samsung’s Galaxy Fold is experiencing some sort of hardware failure, specific to the display – rather than the software. If it were the software, the entirety of the display would fail at once.

Todd Haselton (and Kovach above) work with CNBC, so they’re actually looking at the same phone here – but here’s another perspective, below. Look at the hinge.

UPDATE 1: I take it back, these are separate phones, apparently, broken in exactly the same way, at what would appear to be the same moment? Very strange!

My colleague opened the Galaxy Fold and it started doing this. So, long answer to your question @WilfredFrost, the hinge doesn’t seem very rugged after all. After two days: pic.twitter.com/Z1F8iwjURa

Next you’ll see some action from Dieter Bohn. He confirmed that a piece inside the device poked up and did something awful to the inside of the Galaxy Fold. There’s a bulge now, and it’s all broken.

SUPER YIKES: something happened to my Galaxy Fold screen and caused a bulge. I don’t know how it happened, and I’m waiting to hear back from Samsung. It’s broken. https://t.co/p1014uB01D pic.twitter.com/3FZJkWtSKr

I got this far peeling it off before the display spazzed and blacked out. Started over with a replacement. pic.twitter.com/ZhEG2Bqulr

Also, for the record, as I mentioned JUST yesterday, I too remove the screen protector layer from review units pretty regularly. They’re generally OK at protecting the display, but just awful when it comes to a top-notch display experience. But that’s beside the point.

UPDATE 2: Or is it?! It would seem that Mark Gurman’s review unit suffered a fate similar to that of the rest, stemming from what MIGHT be a very similar pain point.

The screen on my Galaxy Fold review unit is completely broken and unusable just two days in. Hard to know if this is widespread or not. pic.twitter.com/G0OHj3DQHw

As Gurman suggests, the outmost layer of plastic (plastic? plastic) is very easy to mistake as a remove-friendly screen protector.

The phone comes with this protective layer/film. Samsung says you are not supposed to remove it. I removed it, not knowing you’re not supposed to (consumers won’t know either). It appeared removable in the left corner, so I took it off. I believe this contributed to the problem. pic.twitter.com/fU646D2zpY

Gurman’s correct in suggesting that consumers will not know to avoid removing this layer, and will almost certainly do so right out the gate. That’s what consumers do. That’s what I’d do. Bohn suggested that Samsung calls this their “polymer layer” on the phone. Kovach commented, saying he and Haselton did not remove said layer, but still experienced breakage just the same.

Below I’ve planted a gallery where I’ll be placing screenshots just in case the tweets above are pulled, for whatever reason. Stick around as we hear from Samsung about the issues going down today.

UPDATE 3: We asked Samsung for a comment, but the company told us it had nothing to share at the moment. 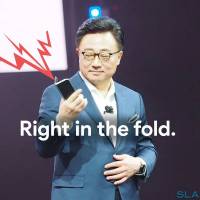 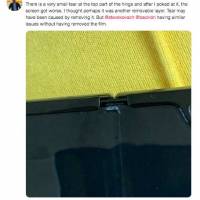 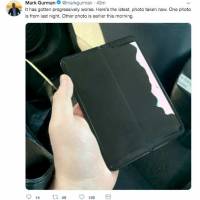 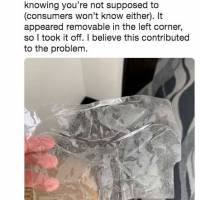 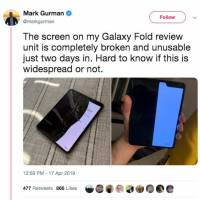 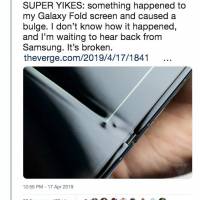 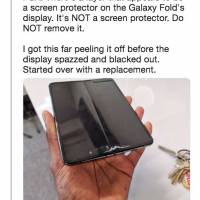 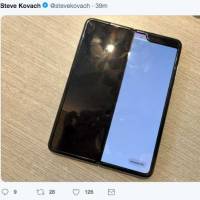 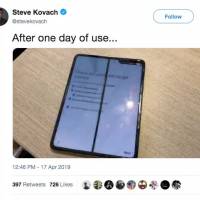