Subaru is getting back into the 7-seat SUV business, and we’re getting closer to seeing the car they’ll do it with. The Subaru Ascent SUV Concept is, so the name insists, only a design study for now. Look beyond the car show glitz, however, and you find the core styling of the new Subaru Ascent, which will be headed to dealerships in 2018.

It’s been a while since Subaru had a 7-seat option. The last car, the little-loved Subaru Tribeca, ceased production for the US at the end of 2012, having set a questionable record as one of the poorest selling cars in the country. Rumors of a replacement with a more upscale target audience have persisted since then. 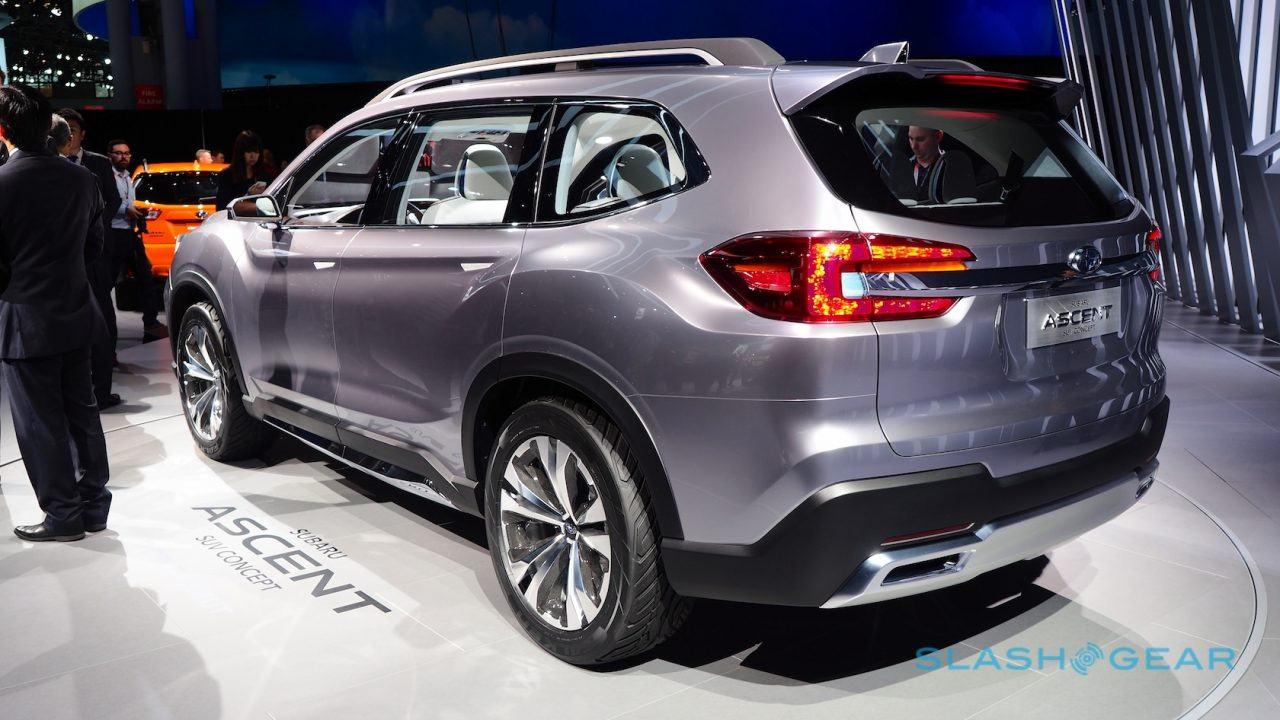 The result is this – or something very like it. Unlike the Subaru Viziv-7 concept which the automaker displayed at the LA Auto Show last year, the Ascent SUV Concept is a whole lot closer to what the production car will look like. Even the name will be carried over, with Subaru confirming this week at the New York International Auto Show that its upcoming model will be named the Ascent.

Size-wise, the Ascent SUV Concept is 198.8-inches long, 78.3-inches wide, and 72.4-inches high, with a wheelbase 117-inches in length. That makes it noticeably similar to Volkswagen’s Atlas which we drove earlier this month, and indeed the target audience is likely to be cross-shopping the two. Whereas VW has used existing engines from its lineup for the Atlas, Subaru has an all-new engine in the works. 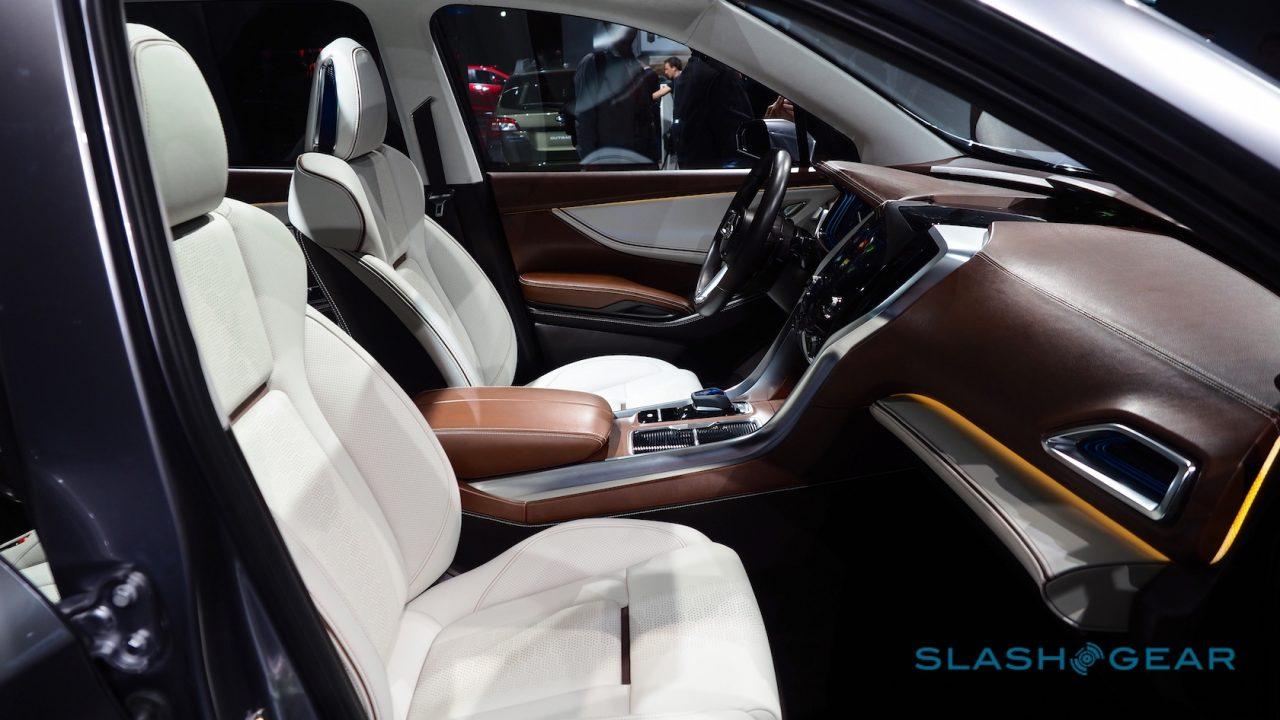 That will be a new, turbocharged direct injection boxer engine. Other than that the automaker is playing the details close to its chest, though we do know the production Ascent will have all-wheel drive, just like the Outback and other Subaru models. Underneath, it’ll be built on a tweaked version of the Subaru Global Platform announced in 2016; that promises a lower center of gravity and greater rigidity, for a more inspiring driving experience.

We can’t help but wonder what else Subaru has planned for its new turbocharged engine. WRX enthusiasts are always clamoring for more power and less turbo-lag, and a modified version of the new engine would seem like a fairly obvious candidate. 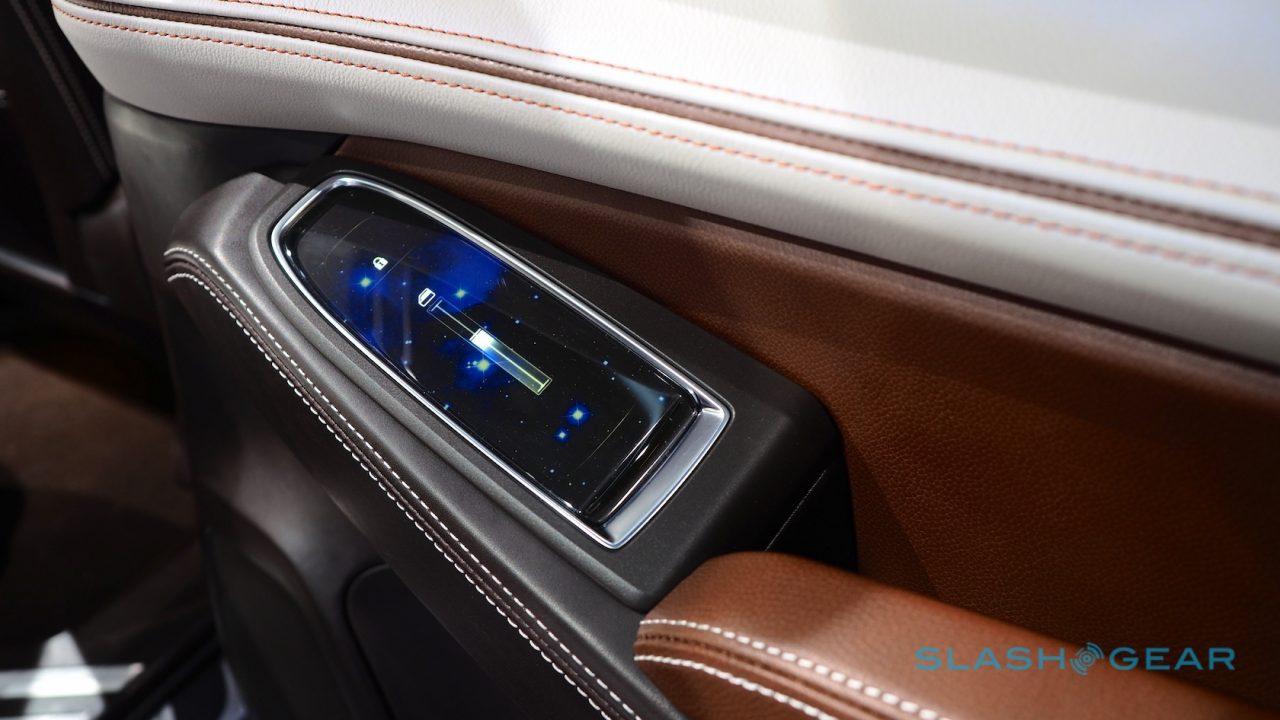 As is so often the case, it’s the interior where we’re expecting Subaru’s production Ascent to differ most noticeably from the Ascent SUV Concept. The dashboard, with its metal and full leather wrapping, is likely to switch to more plastic, though the core layout will probably stay much the same. However, don’t expect touchscreen window controls in the doors to make it through to dealerships, and the flush exterior door handles probably won’t get the green-light from Subaru’s accountants either. 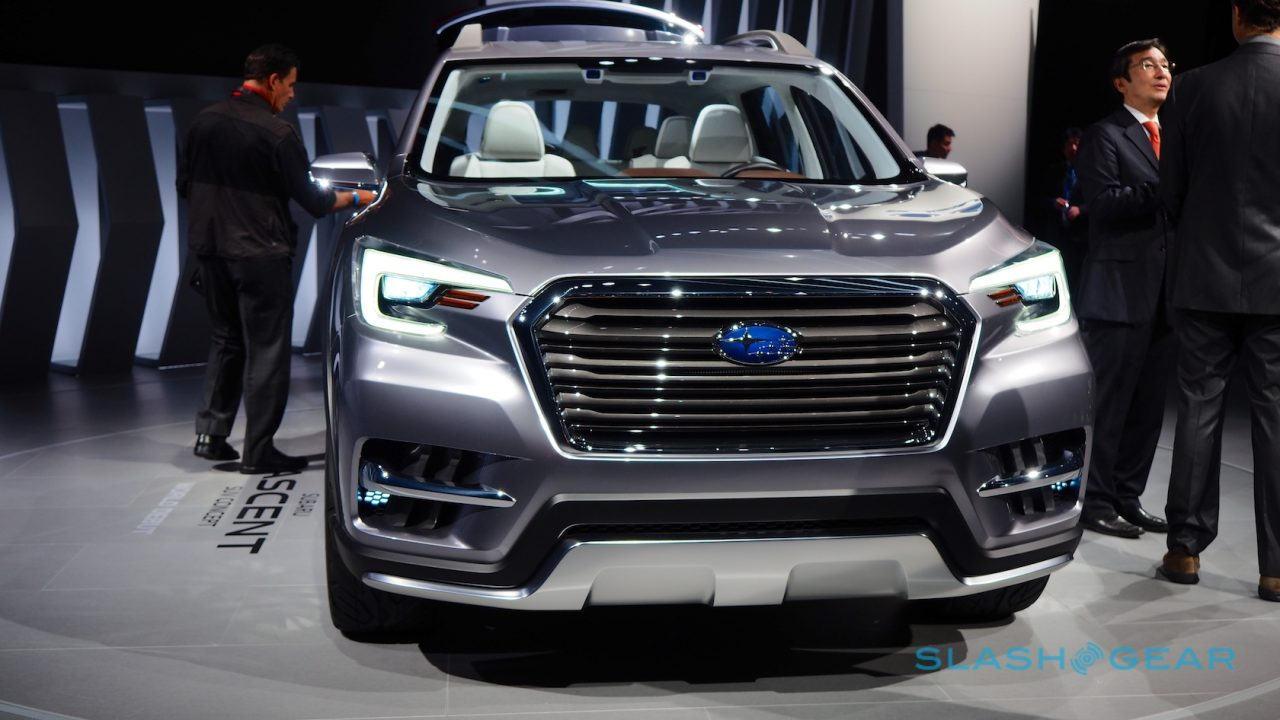 Still, it’s a handsome SUV, and Subaru continues to sell well to a devoted audience. Even only selling the Lafayette, Indiana-built Ascent in North America, it’s unlikely to have problems shifting this largest model, especially if it can offer a more car-like experience on the road. Pricing and exact release date will come closer to launch.