A new Satechi stand could help turn your iPad Pro into a mini-iMac, adding not only desk convenience but also a whole host of new ports in the process. The Satechi Aluminum Stand & Hub for the new iPad Pro gives the Apple M1-powered tablet easy connections like HDMI and an SD card reader, for those wanting to switch their desktop over to iPadOS.

That’s an increasingly feasible option, as Apple updates the iPad Pro software and the power inside the latest tablet models matches what you’ll find in the newest MacBook Air and Mac mini. Indeed, with the M1 cropping up most recently in the new iMac 24-inch, there’s a lot to be said for making the switch to all-tablet if your software needs fit. 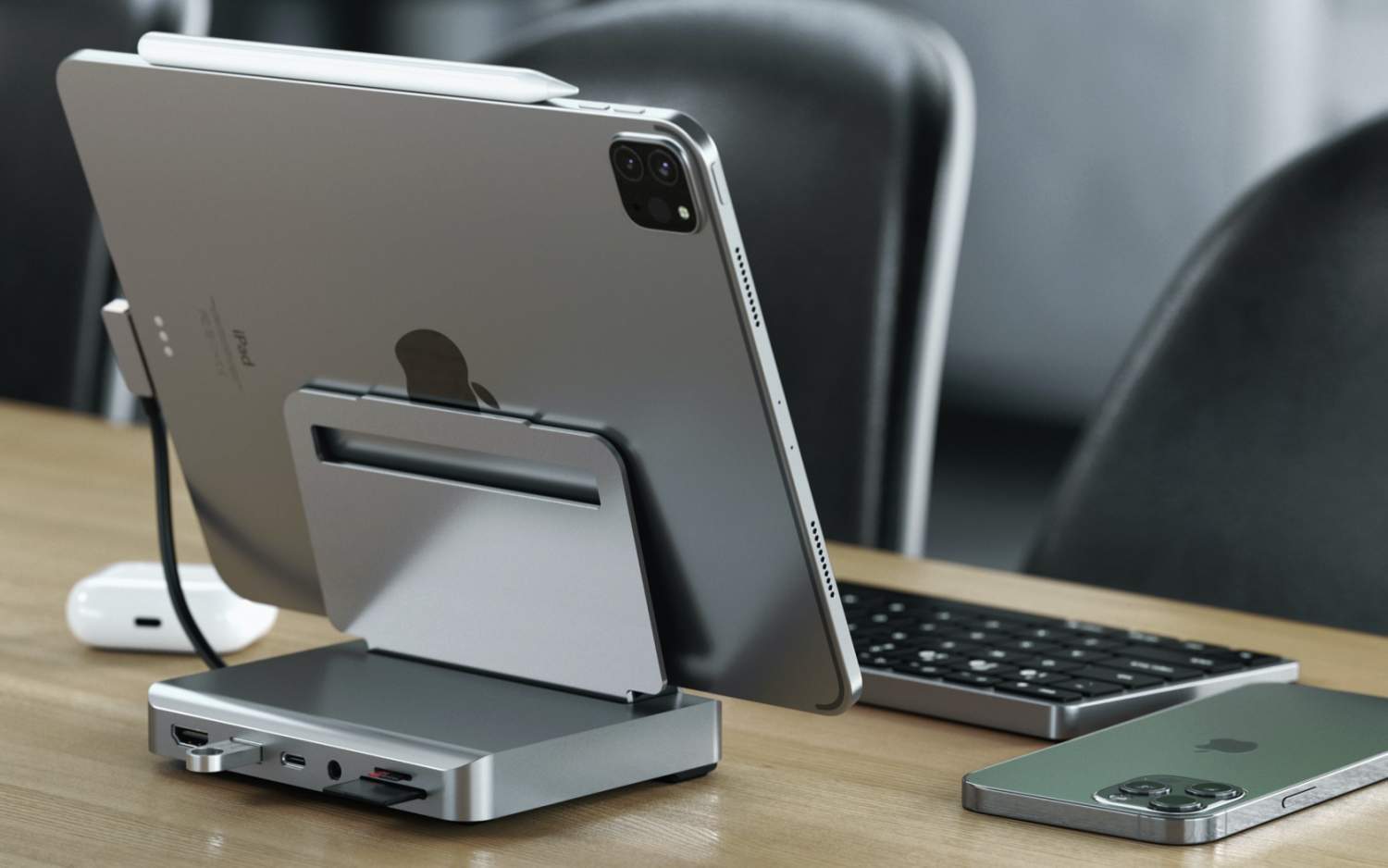 The Aluminum Stand & Hub addresses one of the lingering issues with that, having enough places to plug things in. It’s equipped with a 4K HDMI port (that’s 60Hz capable) along with USB-C PD charging, USB-A for data, and an SD card reader. There’s also an audio jack.

On the top there’s an adjustable stand, to hold the iPad Pro up. That can be positioned upright, to orient it like a regular display, or pushed back for using the iPad Pro more like a graphics tablet. The stand folds flat when it’s not in use, too, meaning that the whole system is actually fairly portable if you’re hot-desking. 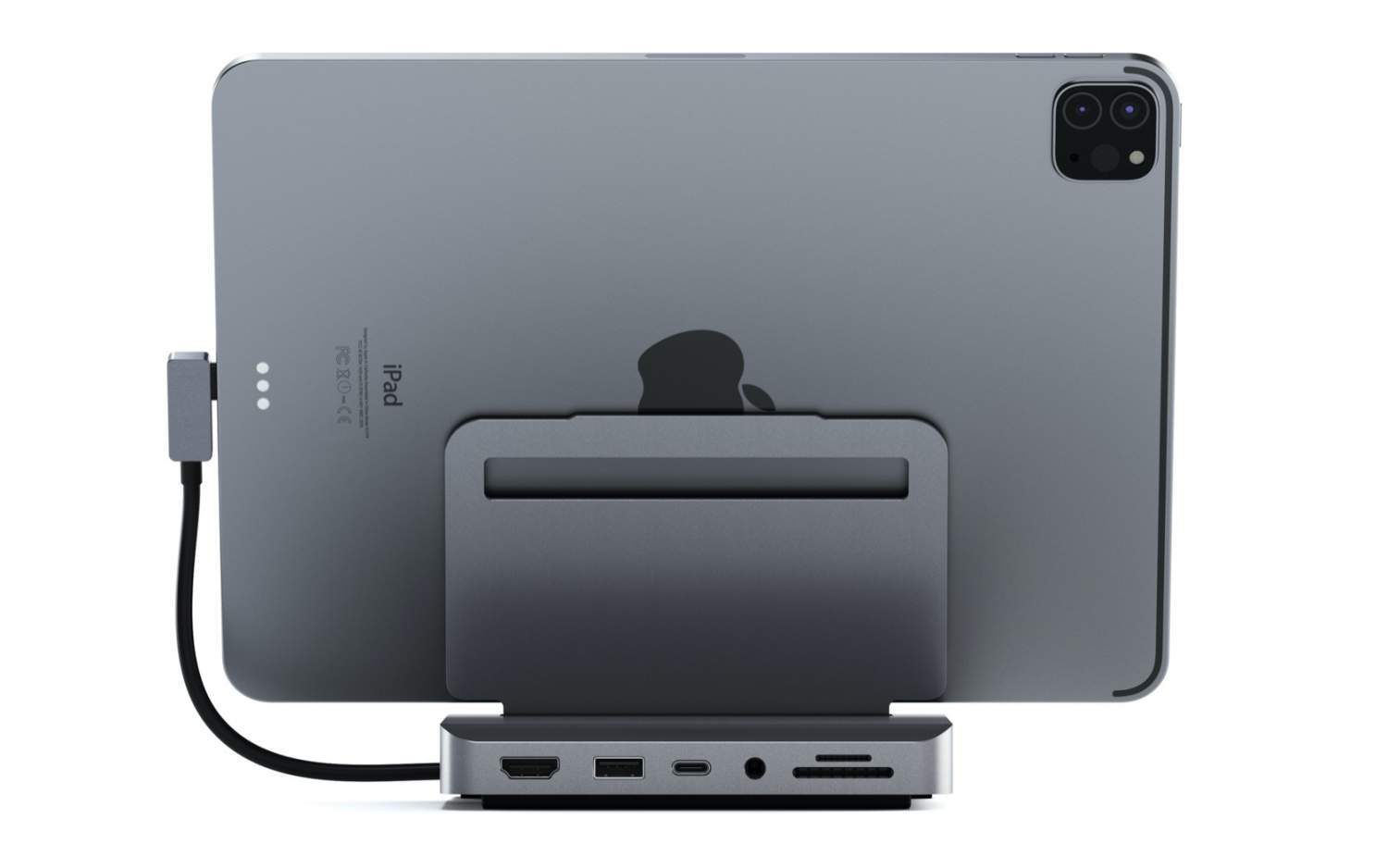 It’s reminiscent of the Kensington StudioDock, which launched earlier this year. That was also designed to dock with the iPad Pro, and then give access to a number of ports including external monitor support. Kensington’s approach, though, relied on a docking cradle: that made it relatively easy to slot the tablet into place, but did present some issues with generational upgrades should Apple change its design. 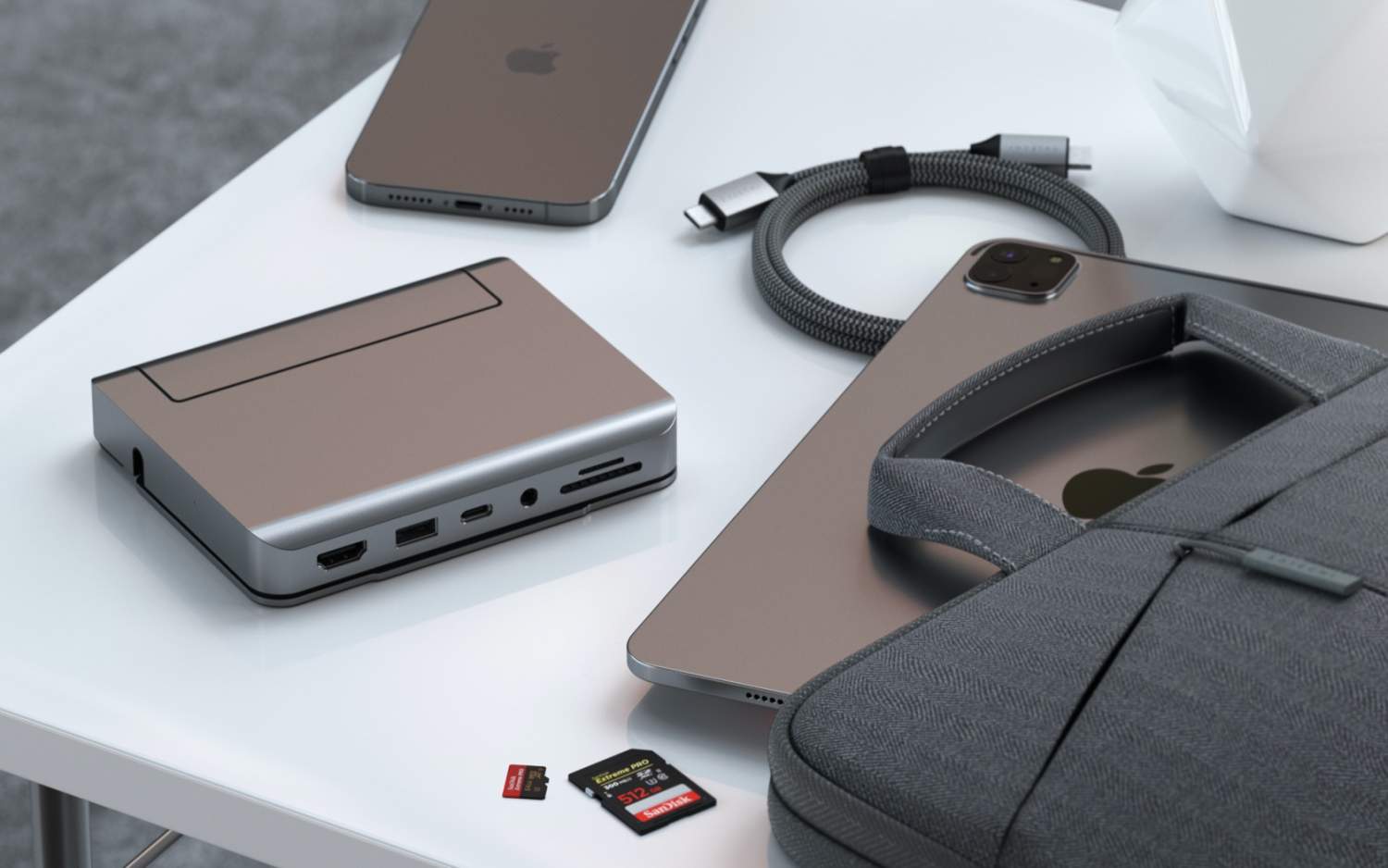 Satechi’s dock, in contrast, has a more straightforward cable to connect to the iPad Pro’s USB-C port. That may not look quite so aesthetically pleasing – though the brushed aluminum finish of the dock in general is nice, and matches the tablet itself – but it definitely opens the door to using the same dock with different iPad Pro sizes and, most likely future generations of the tablet should Apple decide to change the dimensions at all.

It’s available now, priced at $99.99, which also undercuts Kensington’s dock. As for the flexibility of iPadOS as a desktop platform, we’re expecting to hear more about what Apple has in mind there at WWDC 2021, which kicks off with the opening keynote on Monday, June 7.