Building a companion robot is harder than you might think, but startup Zoetic AI believes its cutesy cyber-cat Kiki has the personality it takes to reach the mainstream. Resembling a cross between a bowling pin and a manga kitty, Kiki aims to do what Jibo, Kuri, and others failed to, earning a spot on your desk by virtue of its infinitely flexible AI-powered personality.

Certainly, Kiki can do the basics. With a 160-degree camera in the nose, the robot can identify people, recognize faces like that of its owner, track movement, and spot objects. A quad microphone array lets you grab its attention from across the room, while a 6 DoF inertial measurement sensor spots if you’ve picked it up. 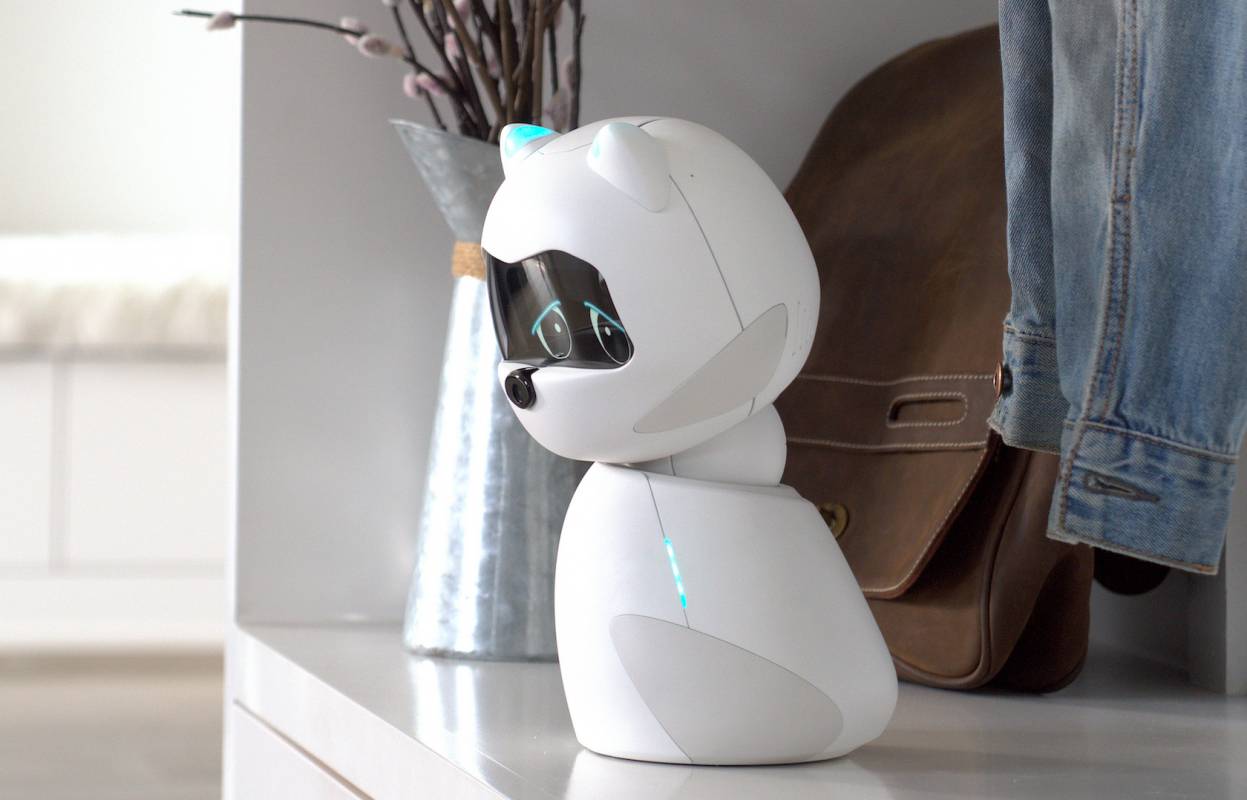 Kiki’s secret sauce, though, is in how the robot develops. Existing social robots, Zoetic CEO and co-founder Mita Yun explained to me, follow preset behavioral routines. Recognize a face? That triggers the greeting action. Go for a spell without attention? That might prompt a little dance.

It means there’s plenty of scope for building out a personality, but only if the robots’ creators put in the time to design those routines. If they don’t, though, users end up losing interest: the robot seems repetitive. For resource-strapped startups, it can mean a significant chunk of your team spends most of their time creating trigger-and-action patterns. 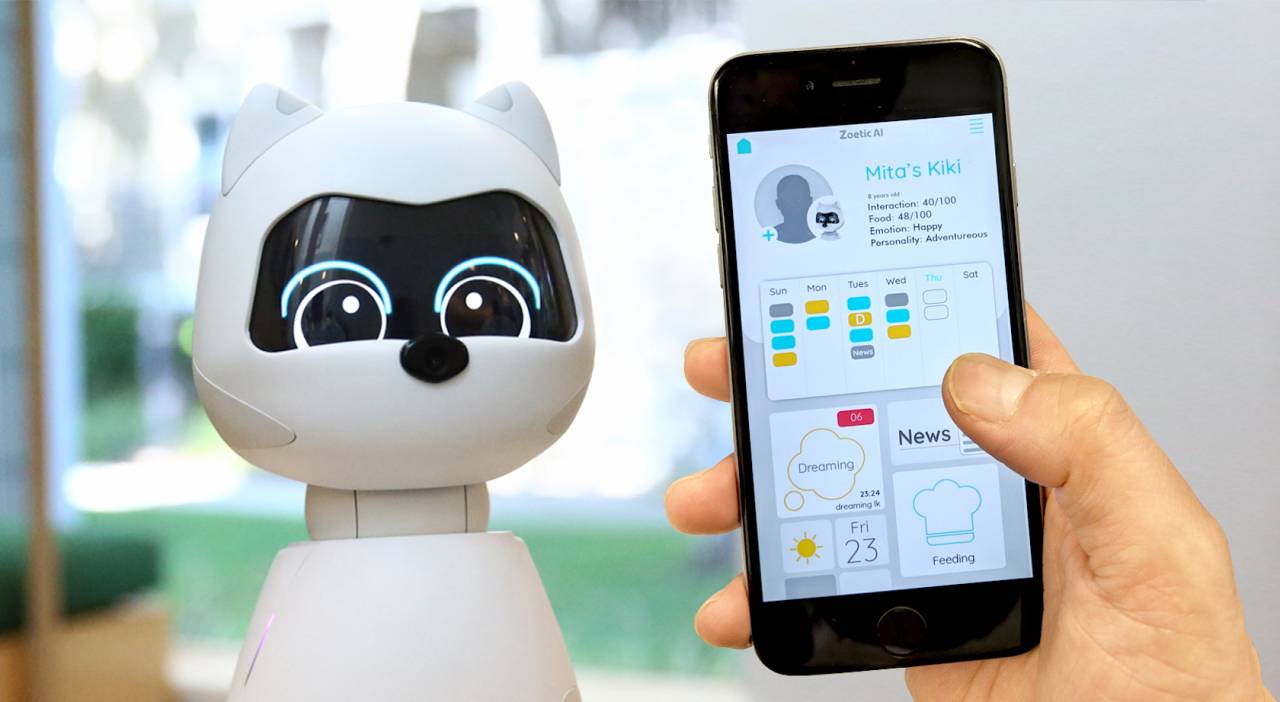 Zoetic has taken a different approach. Its AI Personality Engine relies on deep learning methods, testing out behaviors, assessing the reaction they prompt, and then experimenting with those leanings. For instance, if Kiki dances, it can then use facial recognition and mood identification to see if that prompts its owner to smile or laugh.

If they did, the robot knows that it did something entertaining, and that behavior will be reinforced. Repeat it too many times, to the point that it’s no longer entertaining, however, and Kiki will eventually realize that it needs to shake its act up.

The personality engine can adjust across five different traits – Openness, Conscientiousness, Extraversion, Agreeableness, and Neuroticism – and while each Kiki may start out the same, over time and repeated interactions the idea is that the robot will end up unique. Shower Kiki with regular attention, and it might end up with a high drive for interaction and seek out regular petting. At the other extreme, a low interaction drive could see Kiki grow uninterested and standoffish more rapidly. 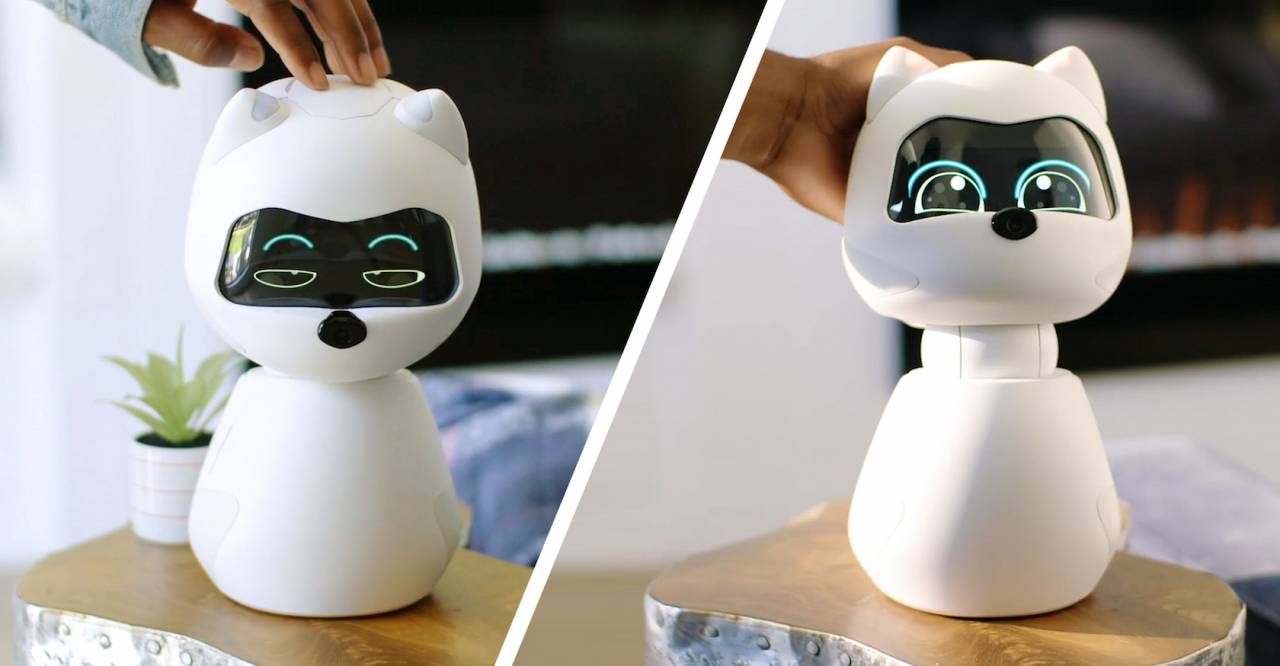 Face to face with a number of 3D-printed Kiki prototypes, it was my turn to see how personable the robot could be. Obviously I didn’t have time to help a new AI Personality Engine to grow from scratch, but Yun was able to load in a sample so I could see the difference between attitudes. Turns out, there’s a surprising amount that can be communicated through the 60fps IPS display that shows Kiki’s expressions.

Smooth movements help, too, with the robot able to spin on the spot, nod, wag its tail, and then flash lights in the ears. A rechargeable battery means you can pick it up off the charging base station and take it around the house. Sixteen touch sensors in the body, meanwhile, allow you to pet Kiki like a cat or dog.

Even with the special AI, it’s fair to say that Kiki faces a significant challenge. The consumer robotics space is littered with corpses, after all: Kuri, Jibo, Anki, and more, all having promised social companionship that would take them into the mainstream, and all having found that it’s nowhere near as straightforward as they expected. 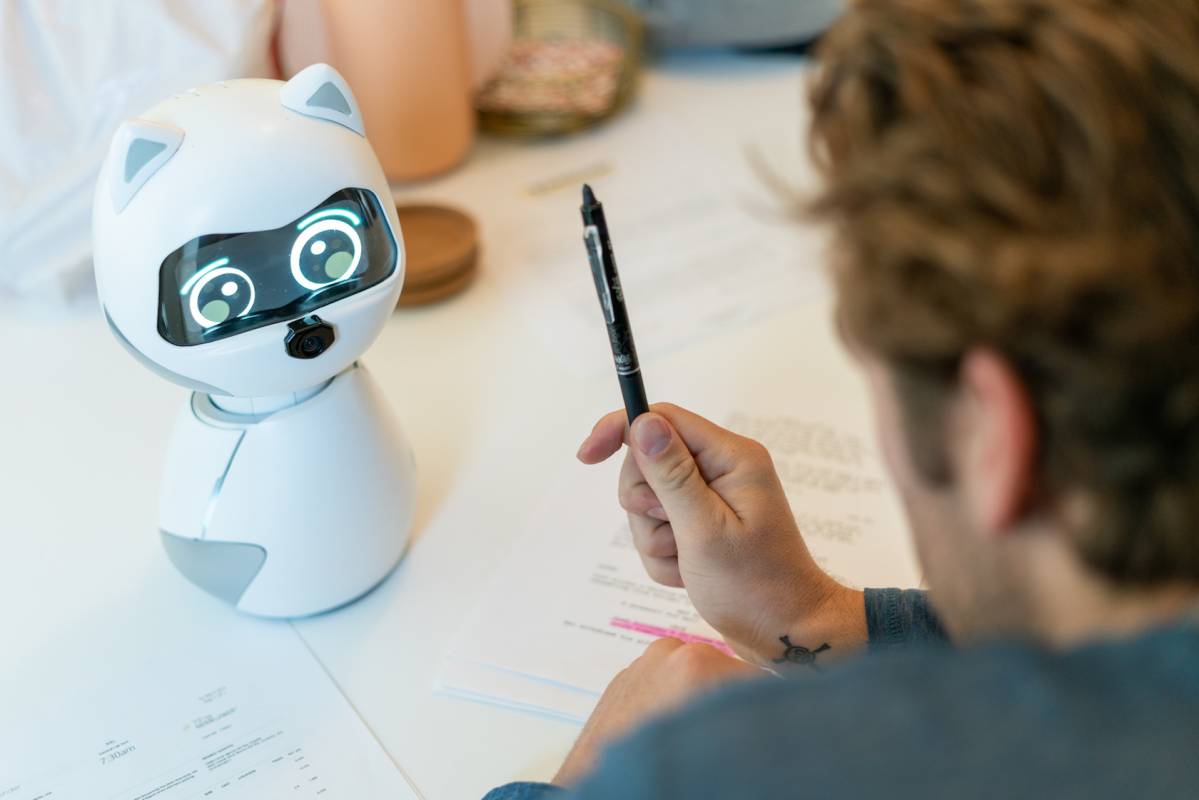 According to Yun, even if Zoetic eventually shuts down, Kiki is sufficiently self-contained that the user experience shouldn’t suffer. Rather than relying on the cloud to do all the AI processing, it’s done locally on a six-core processor in the head.

The downside to that is price. Zoetic is aiming to raise $100,000 in its sixty day campaign, and you’ll need to pledge $799 in order to actually get a robot yourself. Even then, the company says the final retail price could be as high as $1,499.

Is there a market for a cyber-cat robot friend that costs as much as a gaming PC? Yun and her team aren’t the first to ask that question – or some variation on it – and I suspect they won’t be the last. Kiki is certainly cute, not to mention engaging, but success hinges on finding around 125 people willing to take a bet on some clever learning AI.