This is BMW’s vision of tomorrow’s electric motorcycle

There, it shared the stage with two other notable BMW concepts. The BMW Vision M NEXT is a hybrid performance coupe, designed for a world where keen drivers will still want to take the wheel despite the rise of autonomy on the roads. 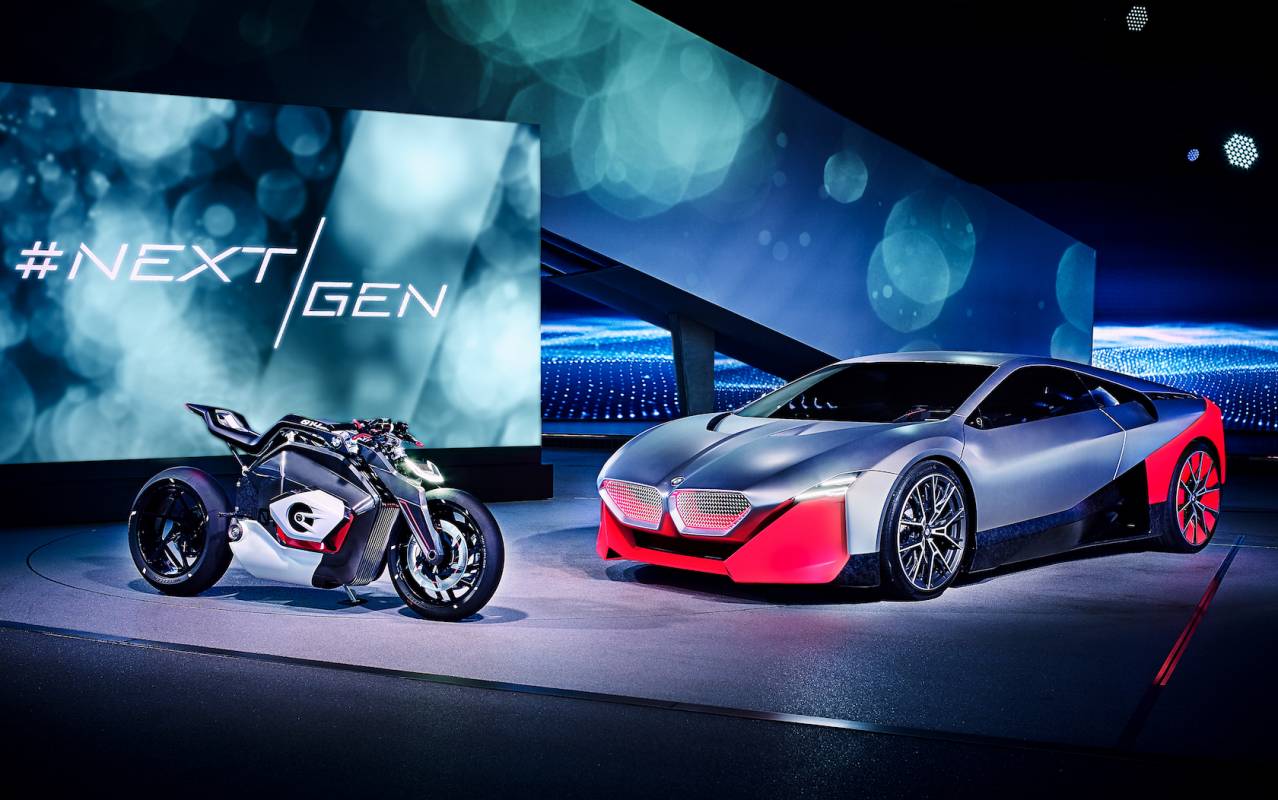 As for the BMW Power BEV prototype, that’s the automaker’s vision of how a performance sedan might work when its gas engine is dropped in favor of three electric drive units. With more power than a BMW M5, it’s hard to argue against the idea that the Power BEV is compelling. It’s also perhaps the most market-ready of the trio. 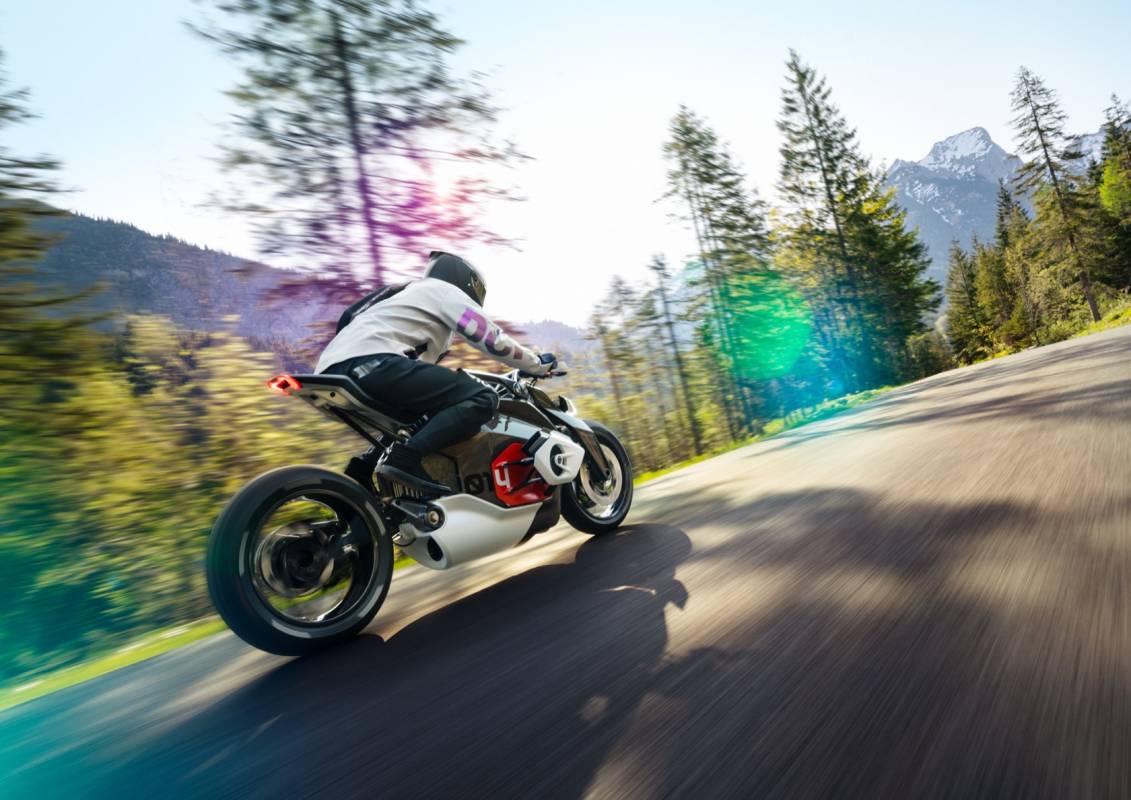 That’s not to say that elements of the Vision DC Roadster aren’t suited to the road. BMW’s goal was to make a bike that keeps the visual identity of a gasoline BMW Motorrad vehicle, yet which embraces the advantages of electrification. As in the Power BEV, core among those is instant torque delivery.

Gone is the boxer engine, replaced with a vertically fitted, longitudinally oriented battery. That’s flanked by cooling ribs and ventilators, while the cylinder-shaped electric motor is slung below, connected directly to the universal shaft. When the bike is started up, the cooling elements flare out slightly, a visual communication that it’s ready to ride. 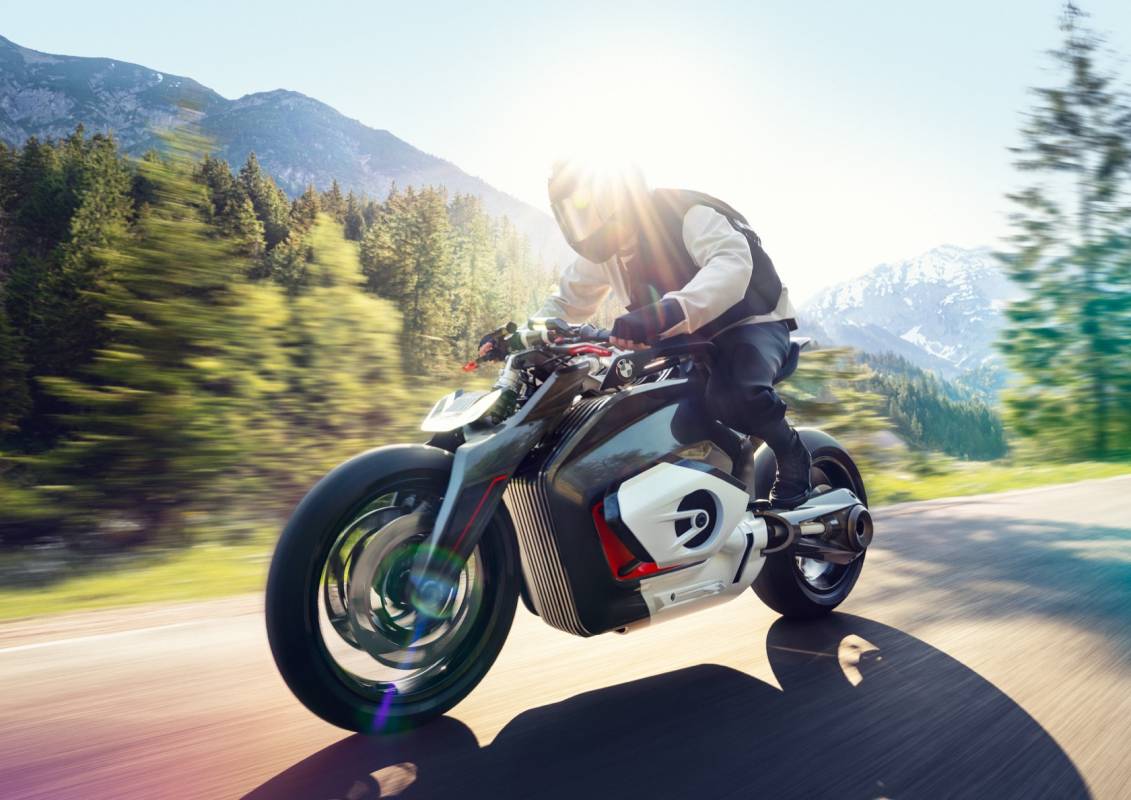 Elsewhere, there’s a milled aluminum frame and a tubular frame structure, with carbon fiber other lightweight materials used both for their minimal contribution to curb weight and their aesthetics. Red contrast elements sit alongside brushed aluminum, and serve as highlights to the key architecture. Within all that, features like the universal shaft and Duolever fork are left exposed. 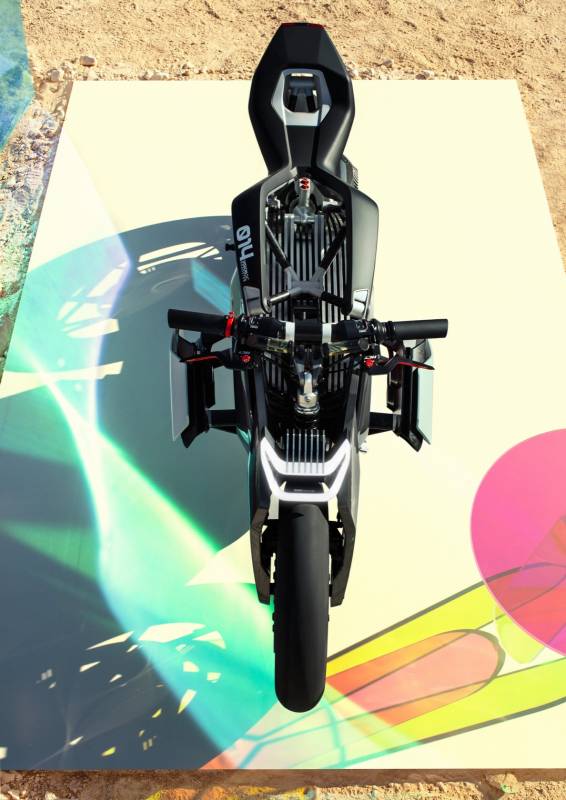 The LED headlamps echo production BMW Motorrad bikes available today, while the rear gets two C-shaped LED elements integrated into the aluminum. The tires are made for the Vision bike by Metzeler, and each have five fluorescent elements that glow when in motion.

BMW’s focus hasn’t just been the bike, however. The driver’s equipment has been just as carefully considered, the automaker says, designed so that the two-piece suit doesn’t automatically scream “protective clothing.” Instead, the protection is sewn into what could be mistaken for a regular jacket and pants, despite the stitched-in illumination for better visibility on the road. 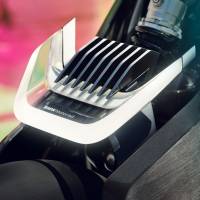 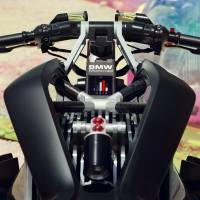 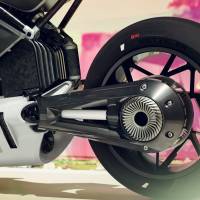 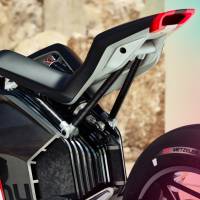 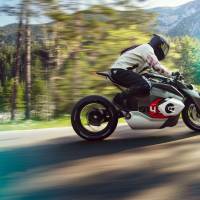 There’s also an asymmetrical rucksack vest, which clings to the jacket using magnets. That, BMW says, makes it easier to put on and take off.

As with the BMW Vision M NEXT, the company isn’t talking about production plans for the BMW Motorrad Vision DC Roadster. Nonetheless, with its focus on electrification for the next few years, we’d be very surprised if some elements of this modern-day e-boxer doesn’t make it to production form in the not too distant future.