BMW doesn’t have an all-electric Tesla Model S rival in its range, but the German automaker is teasing just how such a car might perform with its latest “Power BEV” prototype. Unveiled alongside the striking BMW Vision M NEXT today, the so-called trial vehicle may look like a 5 Series sedan from the outside, but under the familiar sheet metal are a whole lot of electric horses.

Gone is the 5 Series’ gasoline engine, and in its place BMW’s engineers have fitted three electric drive units. They’re the automaker’s fifth-generation systems, combining not only the motor but the transmission and the power electronics into a single housing. Notably, they also require no rare earths, and BMW will use the technology in its upcoming collaboration with Jaguar Land Rover. 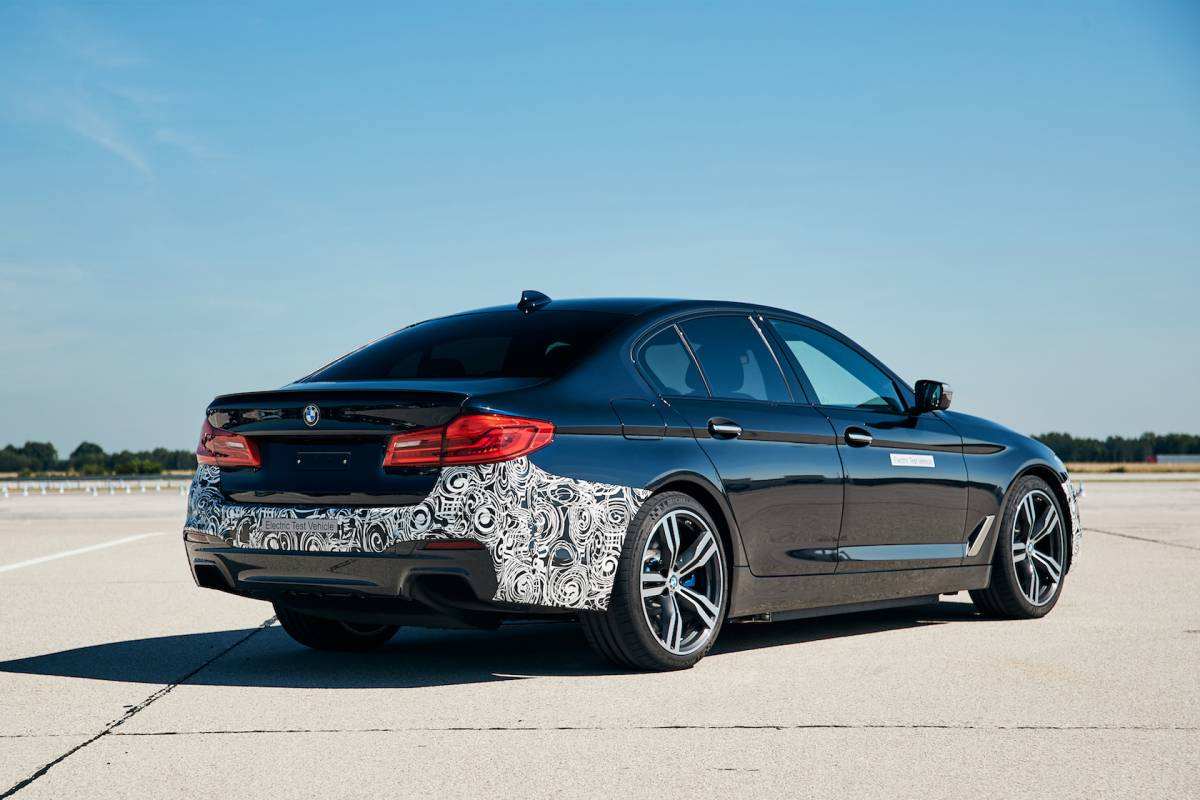 One of the electric drive units is mounted on the front axel, while the other two are paired up and mounted on the rear. Altogether it means all-wheel drive and what BMW claims is more than 530 kW, or 720 horsepower, in total. 0-62 mph, the automaker says, will arrive in “comfortably under” the three second mark.

It’s not just performance in a straight line that’s been focused on, however. “The development team’s aim here was to build an experimental vehicle which impresses not only with its longitudinal dynamics,” BMW points out, “but also in terms of lateral dynamics.” For that, a lot of effort went into how the electric power is delivered to the rear wheels. 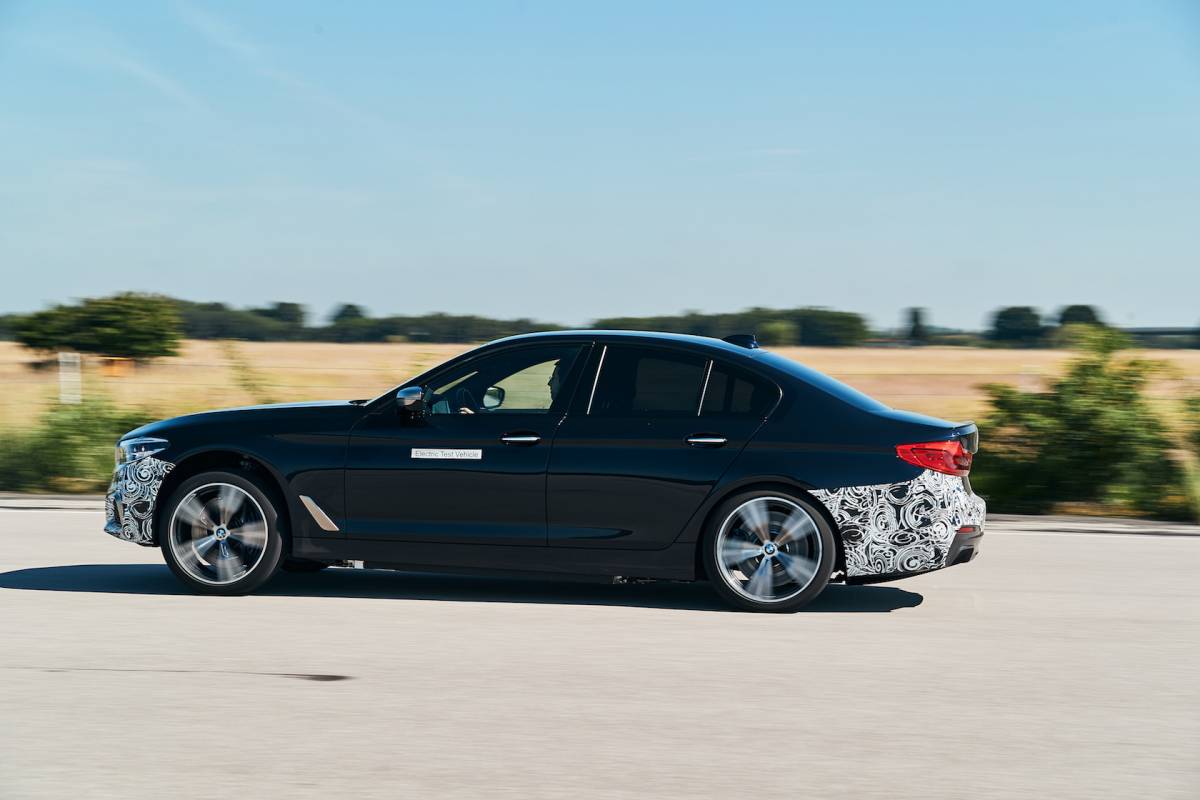 Each of the rear electric drive units can be independently controlled, allowing for e-torque vectoring. Whereas a traditional limited slip differential reacts to the difference in rotation speed between the driven wheels, BMW’s electric version can independently control how much power goes to the left or right wheel, regardless of driving circumstances. In short, the BMW Power BEV can push power to the outside wheel when cornering, and even electronically slow the inside wheel, to maximize the tightness of the turn and its overall stability. 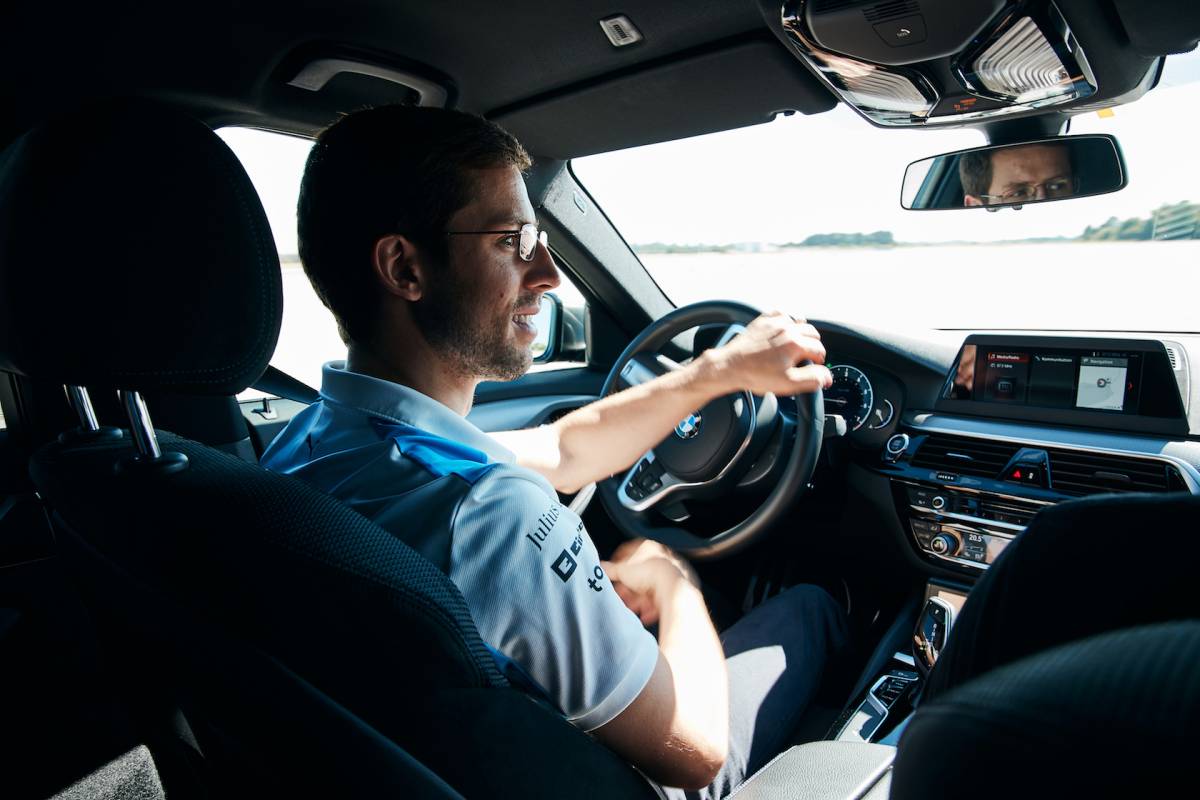 Unlike many prototypes, this is no cobbled-together affair. One of the key priorities for BMW was fitting the electrification components into the 5 Series design without impacting on cabin space. “This makes it far easier to assess this drive concept alongside alternatives,” the company says.

BMW does have a number of electrified cars in its line-up, but has so far avoided a fully-electric mainstream sedan. Instead, it has plug-in hybrid versions of the 5 Series and 7 Series, pairing gas engines with electric drive. They lack the all-EV range of cars like Tesla’s Model S, however. 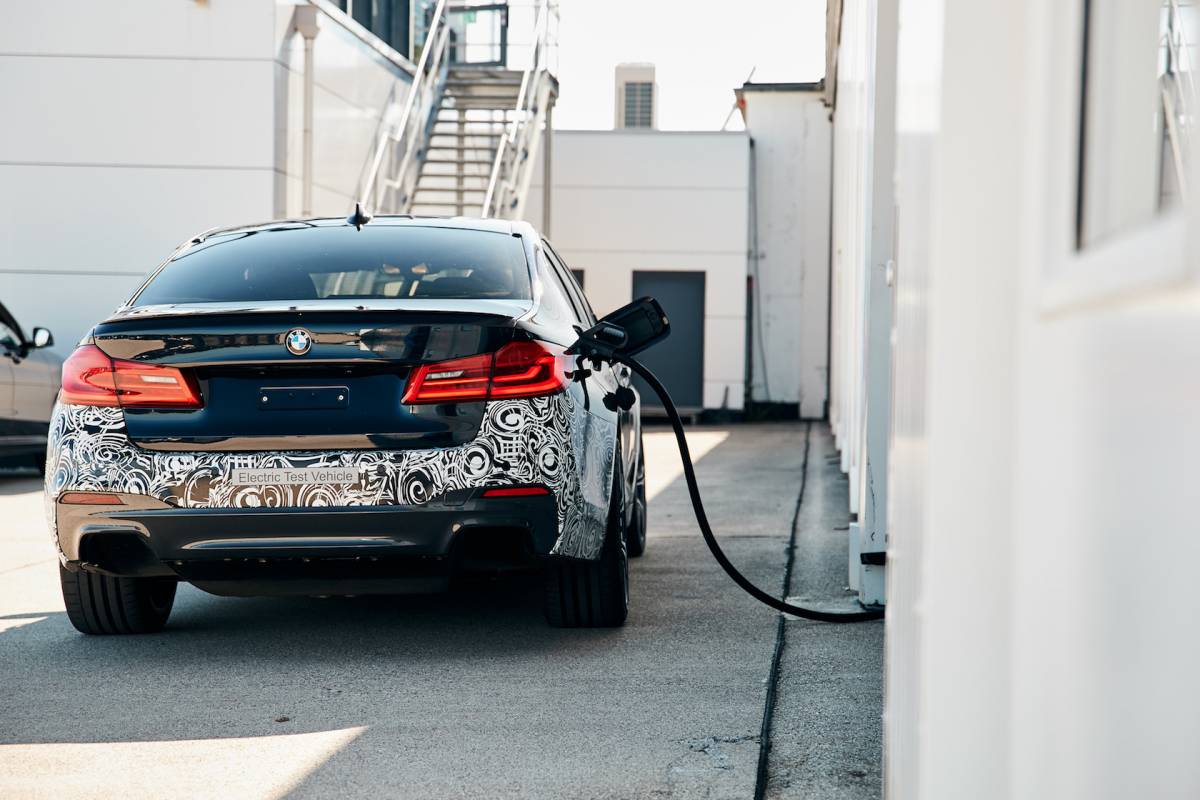 That should start to change as the first models using the fifth-generation electric drive units arrive at dealerships. First up will be the BMW iX3, an electric version of the automaker’s crossover. It will have one such unit, though, unlike the three of the Power BEV prototype.

Where BMW takes this particular technology next remains to be seen. The obvious route would be an all-electric performance sedan, a BMW iM5 as it were: this three motor EV does have more power than the current-generation M5 produces from its V8, after all.