This morning a device by the name “Ultra Pixel” appeared in a well-crafted set of “slides” on a computer shared with the press. This set of images depicts what seems to be a presentation showing the next Google-made smartphone – Pixel, but not just Pixel. This device would be called Ultra-Pixel, and it’d have an edgeless frontside as well as specs that match or beat the Pixel 2.

What are we seeing here?

The device we’re looking at has no software navigation buttons – at least not in the images shared today. The device would run with an OLED display – if the images depiction of true blacks on-screen are true. The devices would work with a feature Google would call “Fluid” – which would likely be the name for a new set of gestures in Android.

The possibility that this would appear on October 4th at the Pixel 2 event is slim. Instead it’d make more sense to release a third Pixel a short while down the line – one that’d compete directly with the iPhone X and the Samsung Galaxy Note 9. This third Pixel, the Ultra Pixel, would probably also lend a lot of its software functionality to the other Pixel devices, too. 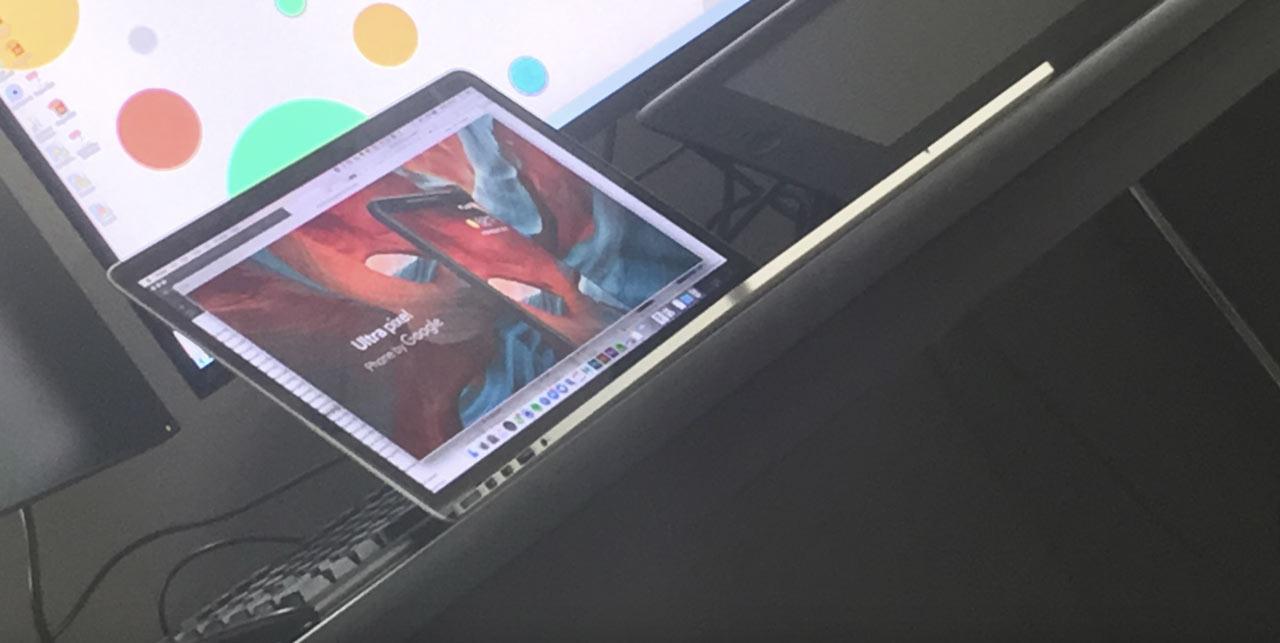 UPDATE: The image at the head of this article is a mockup done by SlashGear done to show the potential for creating such “slides” with a few minutes in Photoshop. The design setup in this image is based on the layout of the leaked “slide” shown in the video above.

The next Google Pixel, probably called Pixel 2, has not previously been rumored to do away with a home row of navigation buttons onscreen. It wouldn’t be out of the question for the slides we’re seeing here to be presented at the Pixel event, it’s unlikely they’ll be releasing a third phone like Apple did with the iPhone X. If they have a real Pixel Ultra ready to present, Google will probably have to HUSTLE to get it ready for release in time.

Gestures with this “Fluid” business wouldn’t be out of the question for a release in early 2018. I don’t believe Android is ready to take a flying leap into all-gesture, no-navigation-buttons action quite yet. There are baby steps Google can and should take between here and there to prepare their Pixel-loving fans for the future.

As Android Police mention, there’s probably some time between now and the launch of this device – if it does indeed exist – for several reasons. One, it’s time for the Pixel 2 family to launch and it’d be beyond incredible if we’d seen absolutely no leaks of this device until now. Another reason is Qualcomm’s assertion that fingerprint scanners under displays will come in 2018, with an OEM open evaluation in the 4th quarter of this year – that starts next week.

If the Pixel 2 and Pixel 2 XL come before this so-called Pixel Ultra, they’ll probably come with the specs you see below. These come from our latest spec run-down published earlier today. If these phones are separate from the Pixel Ultra, the Pixel Ultra will be taking a decidedly different route from Apple’s third phone, iPhone X.

Note that the above specifications are not finalized – nor are they official. They come from the last few weeks of rumor and tip collecting from a variety of sources, each of which are cited in their individual posts in our Pixel portal. Have a peek at a number of these articles in the timeline below, and stick around for the October 4th, 2017 Google event!