I jabbed my finger at Qualcomm’s ultrasonic biometrics

I honestly didn’t expect to come to Mobile World Congress and have the moistness of my fingers judged, but it turns out I’m surprisingly dry. Qualcomm brought its new Snapdragon Sense ID 3D Fingerprint Technology to the show, eschewing the capacitive sensors found in the iPhone 6’s Touch ID among other home buttons, and instead using ultrasonic scanning. The upside is being able to scan through materials, like glass or metal, and though the days of your entire touchscreen also serving as a biometric log-in panel aren’t quite yet upon us, they’re not far off. That is, assuming you’re damp enough.

Regular capacitive sensors for biometric scanning work effectively as miniature cameras, mapping the curves and grains of the fingertip. What Qualcomm’s system does is bounce ultrasonic waves off the finger, picking up not only its contours but the extent of those contours.

It’s also capable of mapping individual pores and minutiae points, effectively creating a 3D map of the surface of the finger in contact. 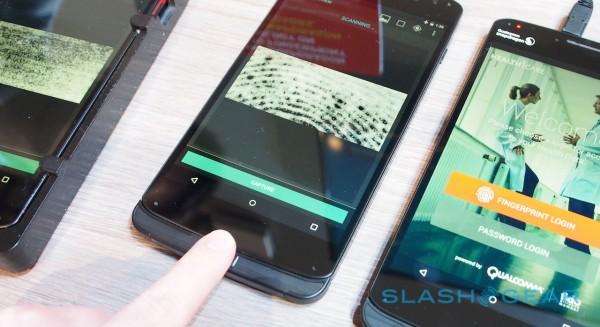 That is, assuming your fingertip is moist enough. Mine, shown above, gave only patchy readings when I pressed it against the scanning plate. In contrast, Qualcomm’s demo finger – attached to a human, not made of rubber, I should point out – produced the beautiful, defined ridges in the photo at the top.

According to Qualcomm, that’s the necessary evil with ultrasound. Just as when a pregnant mother goes in for a baby scan, and has gel applied to increase the resolution, the 3D sensor in Qualcomm’s phones does better when there’s a damper connection.

The technology will hit commercial devices later this year, though the really interesting implementations may only be unlocked by the second version and beyond. The current sensor measures in at 9 x 4 mm, and can work with barriers in-between it and your digits of up to 0.4 mm: Qualcomm’s second prototype actually hid the sensor underneath the coverglass of its phone mock-up, and could still track touch. 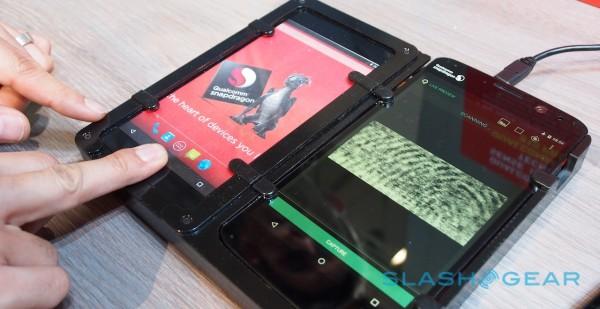 However, the next version will support even thicker materials, the company explained to me, and it’s working on bigger panels. The goal is a touch sensor the same size as the screen itself, which would effectively mean you could press your finger against anywhere on the display and have it read.

In fact, in principle you could even have your fingertip scanned while you were in the process of swiping to unlock your phone, effectively having the experience of an unsecured device while still keeping some privacy.

That is, assuming you’ve been keeping up with your hand lotion routine. 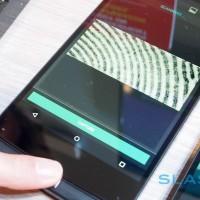 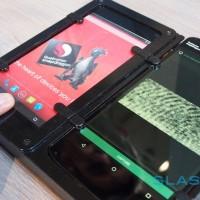 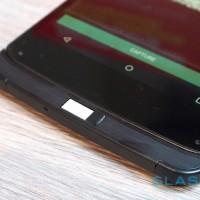 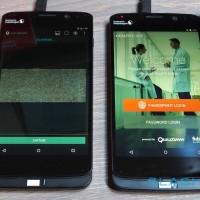 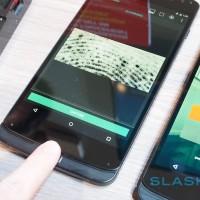