This GFG Style Bandini Dora is a luscious electric speedster

The GFG Style Bandini Dora may not have the pleasure of having a renowned nameplate, but it remains one of the best-looking – if not, most intriguingly-styled – speedsters to enter the new decade. Apart from the coronavirus, the biggest news in the automotive world is all about roofless sensations like the McLaren Elva, Bentley Mulliner Bacalar, and Aston Martin V12 Speedster, and it’s easy to understand why.

Speedsters are not just about style, performance, or price – it’s all about the rebellious and carefree attitude, and the Bandini Dora has loads of it. GFG Style is founded by renowned Italian automotive designer Giorgetto Giugiaro and son Fabrizio Giugiaro, the former of which who penned the DMC DeLorean, Ferrari 250 GT SWB Bertone, Lotus Esprit, and Alfa Romeo Giulia Sprint GT to name a few. 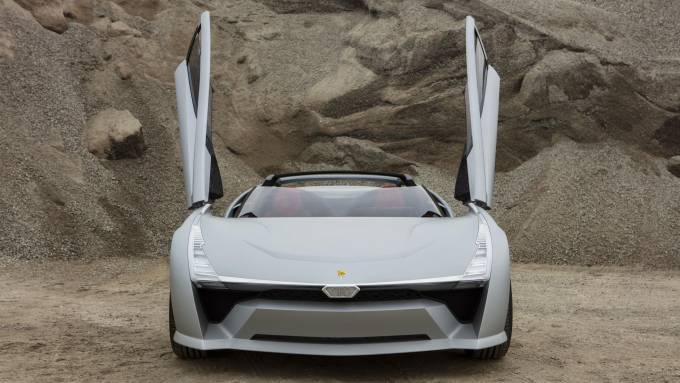 The Bandini Dora’s styling is hard to describe through words, but it manages to fuse both the past and the present with its evocative design. Since the Bandini Dora is a speedster, it doesn’t have a roof of any kind, but it does have an aluminum spaceframe chassis and a curvy windshield to prevent bugs and strong winds from ruining the driving experience.

But unlike other speedsters, the Bandini Dora’s biggest party piece is the sloping A-pillar, which gives the impression of having a roof when the car is viewed from the side. It starts near the top of the front wheels and spans the entire top section of the vehicle to the rear-mounted spoiler. 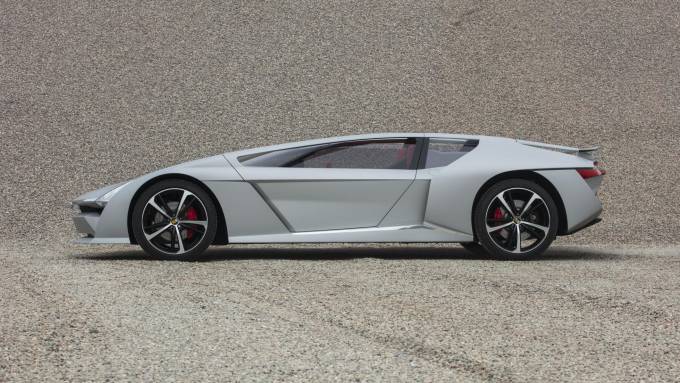 If you think that’s crazy, wait until you open the marvelous scissor doors to reveal a central spine that divides the cabin between the driver and passenger. Also, the cabin is bereft of buttons and switches. Instead, there’s a touchscreen monitor to play with. And since we’re talking about an Italian-designed speedster, the interior is festooned in premium cowhide and carbon-fiber trim.

Oh, and did we forget to mention the Bandini Dora is an all-electric vehicle? The car is equipped with two electric motors (one for each axle) producing a combined output of 536 hp and 500 lb-ft of torque. GFG Style confirms 0 to 60 mph in 3.3 seconds. The motors are fed by a 90 kWh battery pack for a theoretical range of over 280 miles. 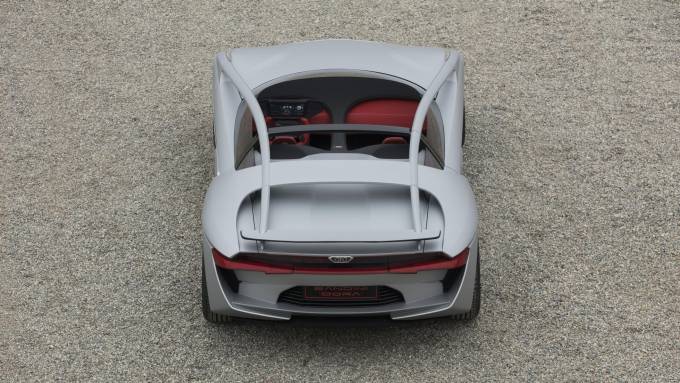 However, GFG Style also has the 2030 Desert Raid if what you want is a hyper-electric SUV rather than a roofless sports car. The Desert Raid is riding on the same aluminum spaceframe as the Bandini Dora and has the same two-seat configuration. But unlike the Dora, Desert Raid offers better ground clearance, various on and off-road driving modes, and an innovative flip-opening roof panel for both the driver and front passenger. 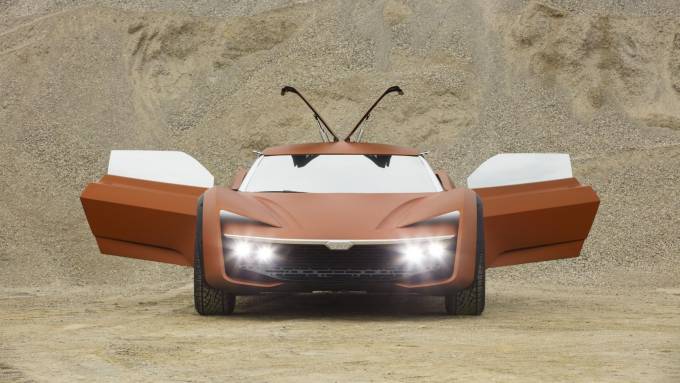 Power is courtesy of the same dual electric motors in the Bandini Dora with roughly the same power output. But since Desert Raid is an SUV, it rushes to 60 mph a bit slower at 3.8 seconds and a claimed 155 mph top speed. GFG Style has yet to reveal the production dates and pricing for both the Bandini Dora speedster and Desert Raid SUV, but it’s good to know Girogetto Giugiaro is back doing the thing he loves the most: creating mouthwatering examples of automotive art.