This Ferrari SF90 by Wheelsandmore has 1,102HP

The Ferrari SF90 is the fastest and most potent roadgoing hypercar from the famed Italian automaker. However, German tuner Wheelsandmore begs to disagree. You see, it has created a more powerful version of the SF90. We don’t know what it’s called, but we bet it’ll go like the proverbial stink.

The Ferrari SF90 Stradale is an engineering masterpiece executed in the most Italian way possible. It has a high-strung 4.4-liter V8 gasoline engine pumping out 769 horsepower. It also has three electric motors offering a healthy 217 horsepower. All told, a stock SF90 Stradale has 986 horsepower to play with, more than enough to become the fastest Ferrari ever. 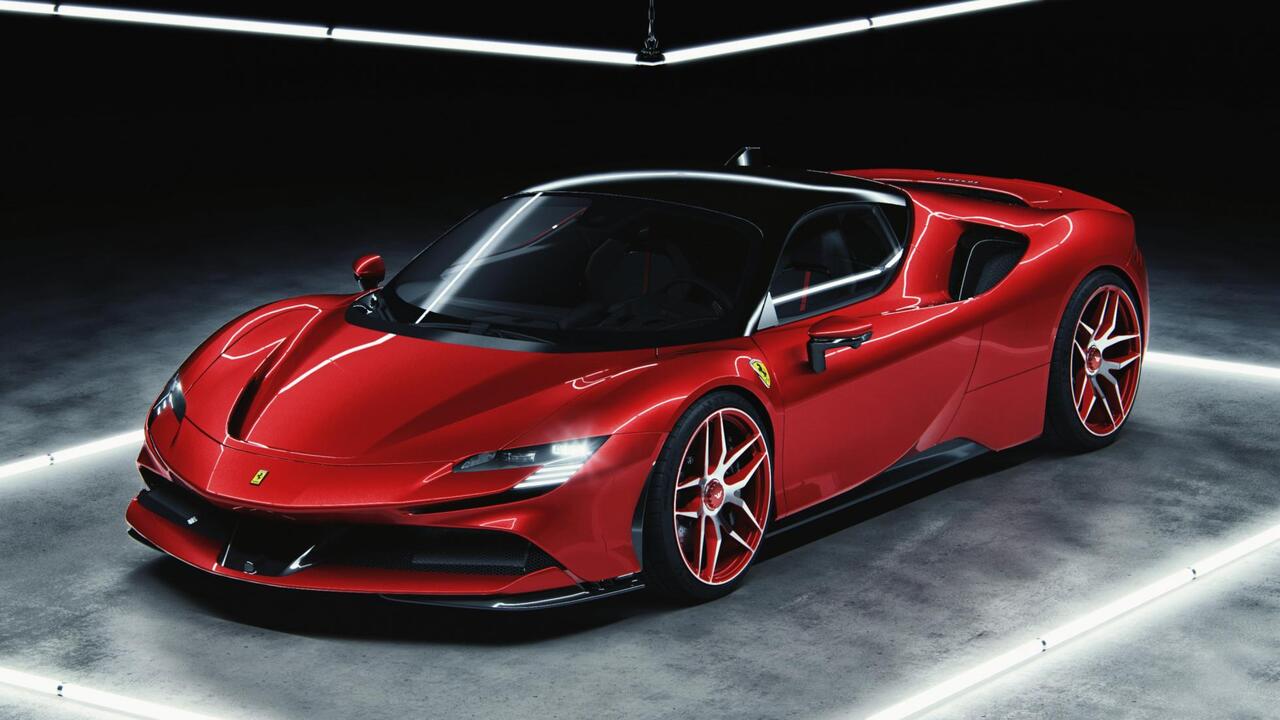 It goes from zero to 60 mph in 2.5-seconds, zero to 124 mph in 6.7-seconds, and has a top speed of 211 mph. It’s safe to say the SF90 is unbelievably quick, but Wheelsandmore has other plans in mind. After installing a new ‘Tec-Tronic control module,’ Wheelsandmore’s Ferrari SF90 produces 1,102 horsepower, but there’s a catch.

The car should be ‘hot’ enough to unleash all those horses, an effort to preserve the internals of this fabulous beast. And if you do, you can reach 217 mph easily, leaving other SF90 Stradales in the dust. Wheelsandmore has yet to reveal the performance figures, but we figure zero to 60 mph in two seconds flat, a fair number with 116 more horses on tap. 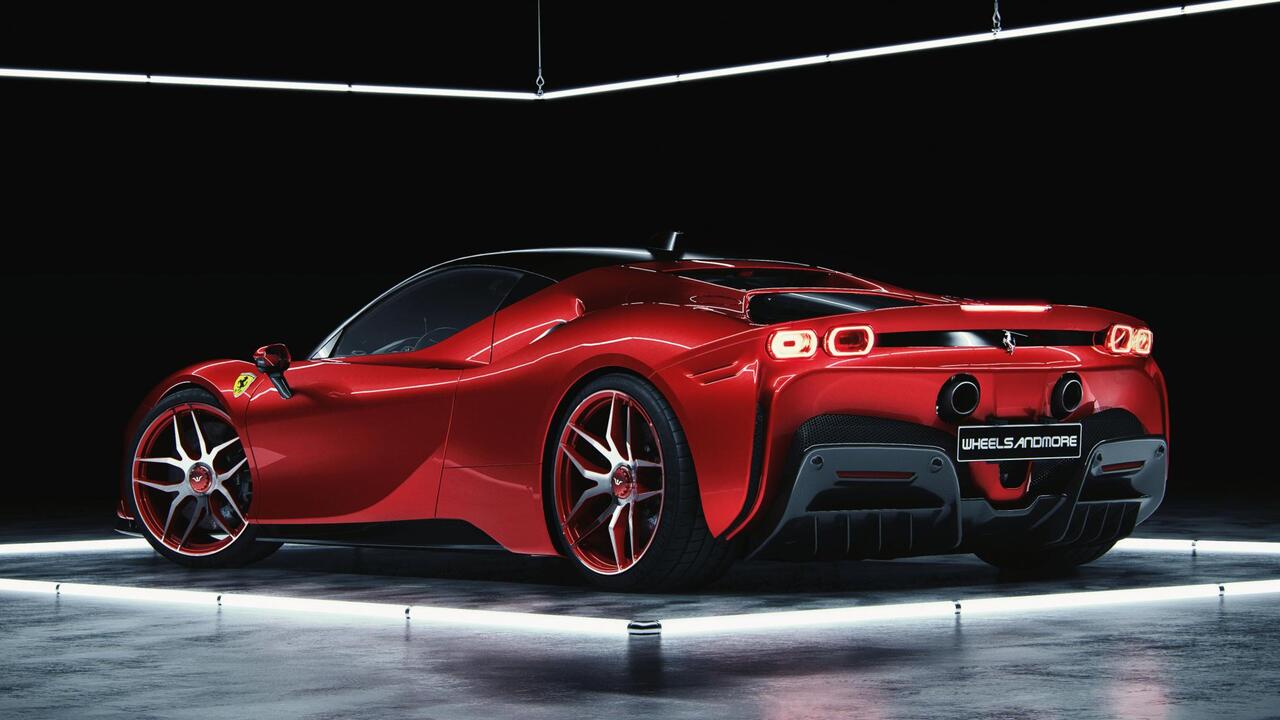 Besides the new control module, Wheelsandmore will also throw in a new set of lightweight, forged-aluminum, 20-inch center-locking wheels to give your Ferrari SF90 Stradale a custom stance. However, bigger wheels up to 22-inches and custom wheel designs are available. The other mechanical bits were left untouched. You still get a rear-mounted 8-speed dual-clutch transmission and that fancy gurney at the rear that opens or shuts off to regulate aerodynamics. 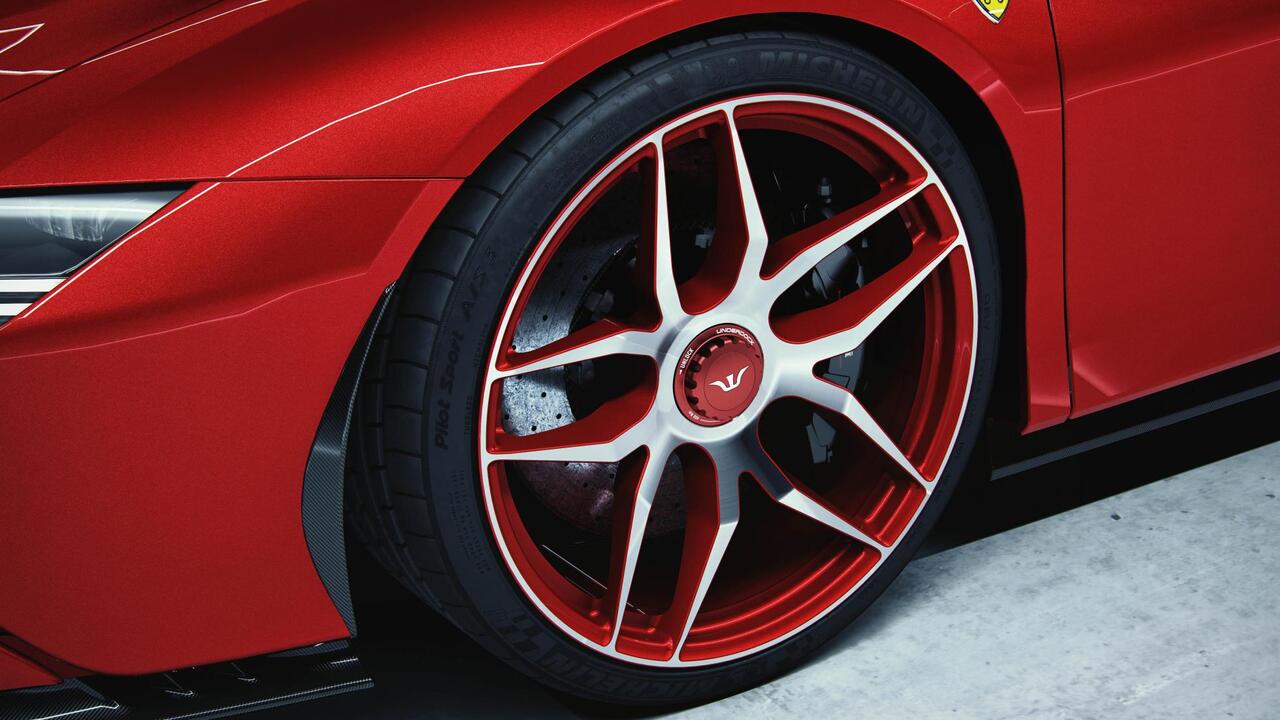 So far, we have no word if the mods are suitable for the SF90 Spider. But given the SF90 Stradale and Spider have identical mechanicals underneath, we have no doubt you can get yourself a 1,102-horsepower Ferrari SF90 Spider. Oh, and since it still has a 7.9 kWh battery pack, your modified SF90 can still achieve 16 miles of silent, all-electric range. 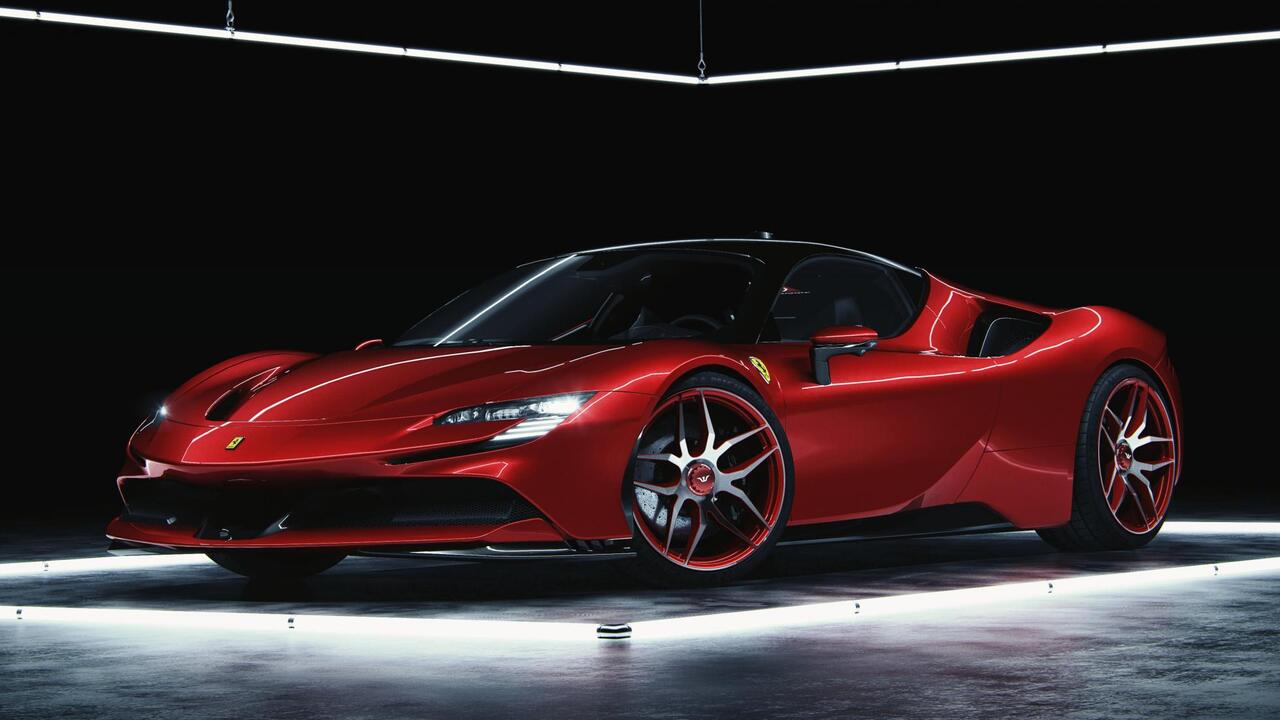 No word yet on pricing, but prepare your checkbook, nevertheless. On the other hand, a new control module and a set of fancy wheels are nothing compared to the Ferrari SF90’s $650,000 base price.