Ford promised a $40k all-electric pickup, and today we’re seeing it, with the 2022 F-150 Lightning Pro bringing its EV truck tech to commercial customers. Most affordable of the new models, the work-ready electric truck keeps some of the gadgetry of its consumer XLT, Lariat, and Platinum brethren, but pairs it with things like vinyl seats and a standard, full-size spare wheel.

The important part is the price, of course. The 2022 F-150 Lightning Pro kicks off at $39,974 – plus destination, but before any EV incentives and credits – for the Standard Range truck, which Ford estimates will be good for 230 miles on the EPA’s test. It’ll be available to both retail and commercial customers. 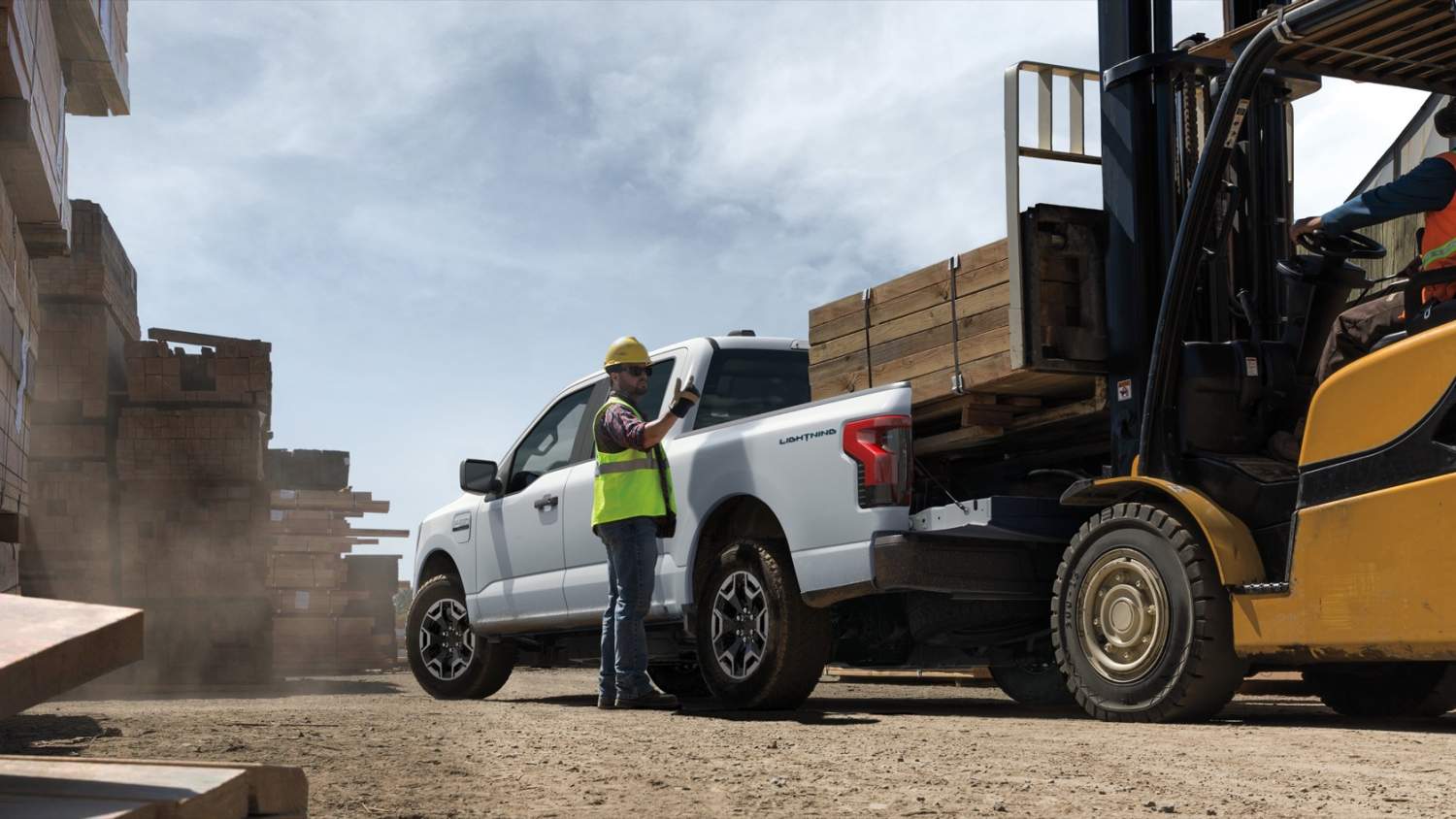 The 2022 F-150 Lightning Pro Extended Range, meanwhile, will bump it up to 300 miles of EPA range, Ford says. It’ll be priced from $49,974 and also come with the 80A Ford Charge Station Pro for faster charging as standard. However, the Extended Range model will only be available for commercial customers, though that’ll be regardless of their actual fleet size.

There’ll be a couple of ways to distinguish between the Pro and the consumer versions of the pickup, but the most obvious will likely be the front and rear lights. The F-150 Lightning Pro doesn’t get the fascia-spanning LED light bar, or its counterpart across the tailgate, leaving the truck looking a little more like its gas counterpart as a result. 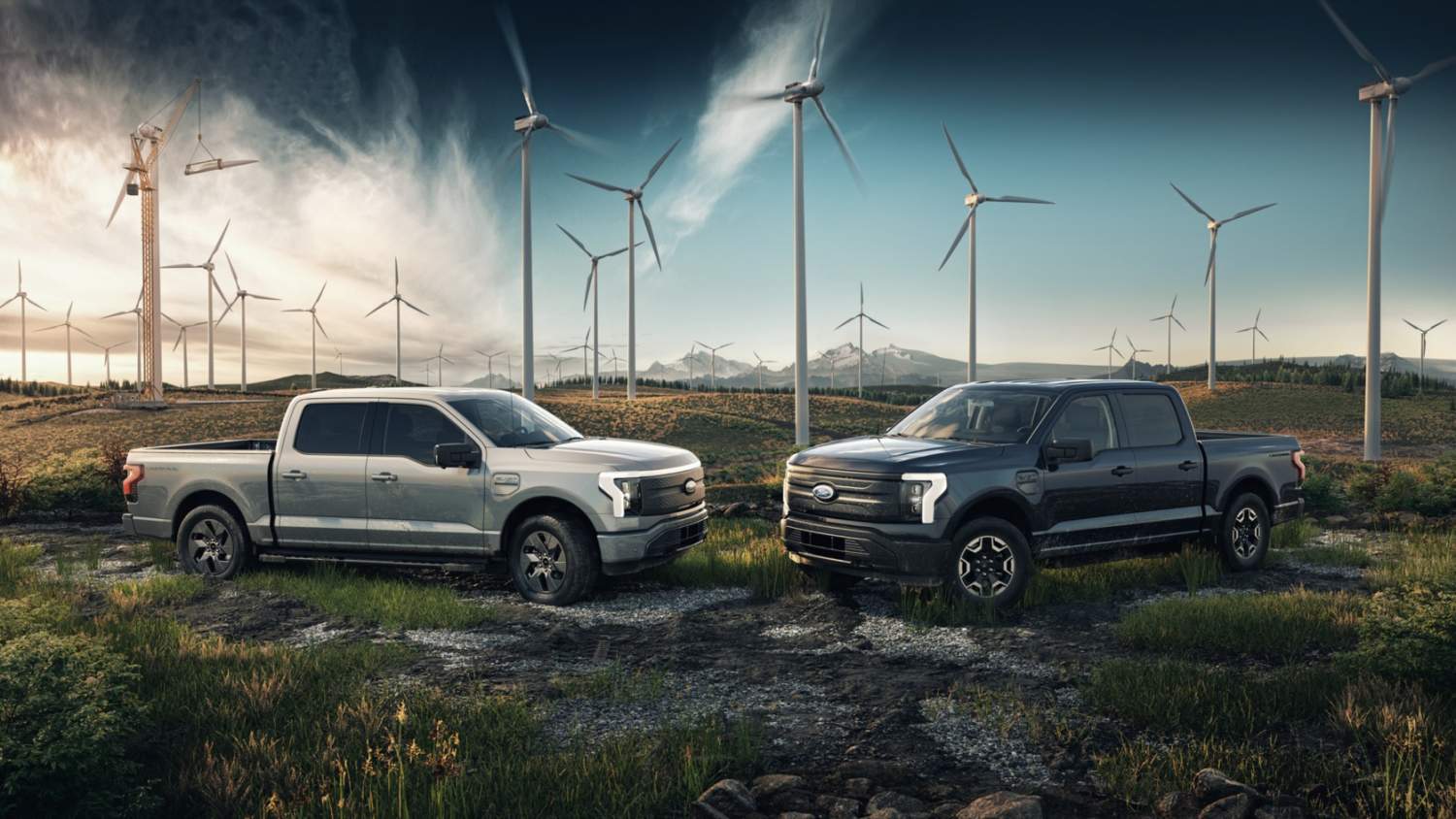 Still, the important parts are all present and correct. That means an upgraded high-strength steel frame and aluminum alloy body, plus new independent rear suspension. Ford says the Lightning passes the same battery of torture-testing as the regular F-150, while the EV drivetrain should actually require less maintenance over the lifespan of the truck than combustion models. Commercial buyers will be able to use a new Ford digital fleet planner that can help figure out costs – including purchase, lease, charging, and incentives – with the automaker suggesting scheduled maintenance should be around 40-percent less over eight years.

Like the consumer version, the F-150 Lightning Pro is targeting 426 horsepower and 775 lb-ft of torque for the Standard Range, plus a 2,000 pound payload and up to 5,000 pounds of towing capacity. That rises to 7,700 pounds with the Max Trailer Tow package. The Extended Range version nudges horsepower up to 563 hp and towing to 10,000 pounds. Both are 4×4 as standard. 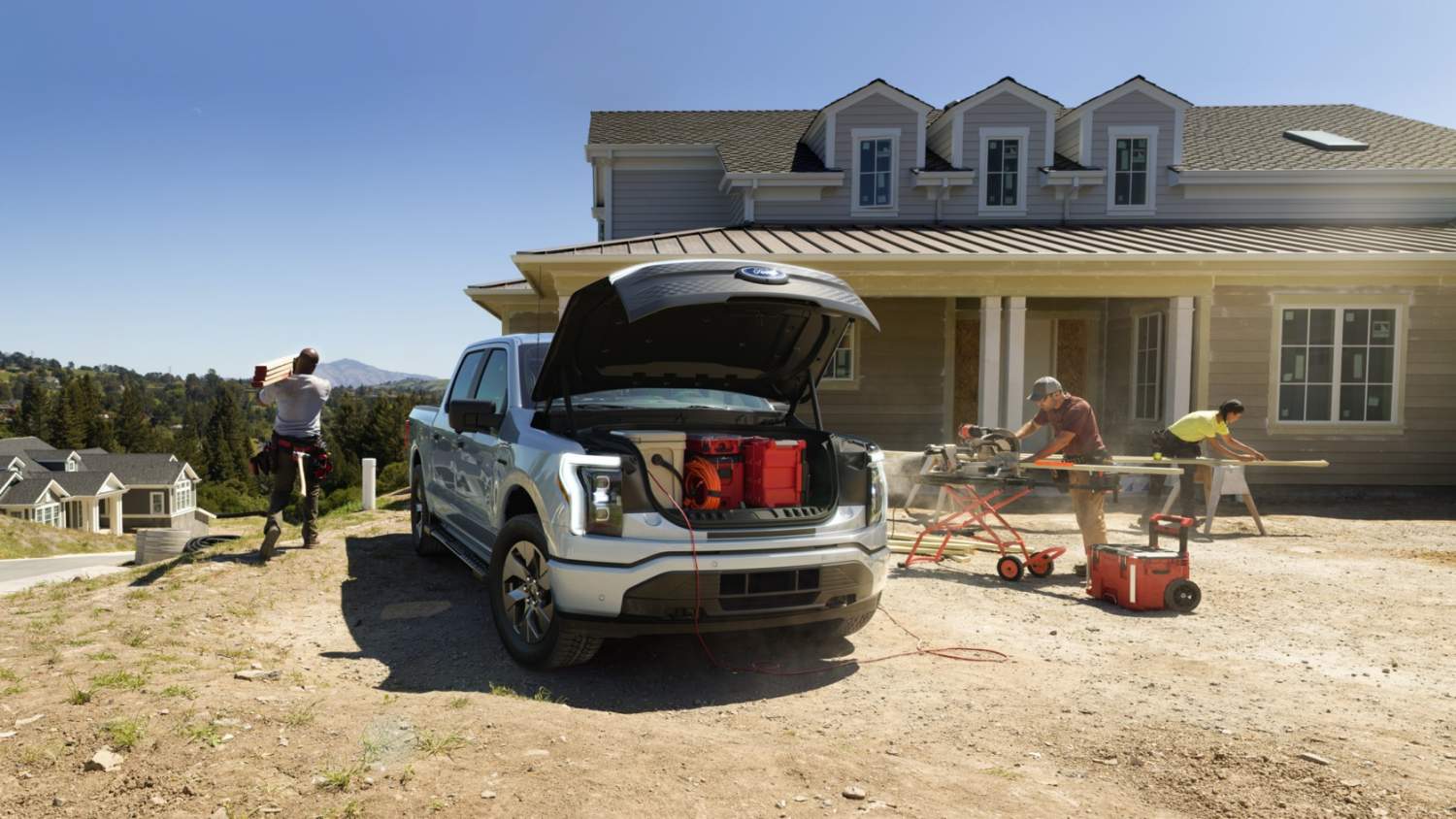 Where traditionally the F-150’s engine would be, the EV swaps that for a vast 14 cu-ft “Mega Power Frunk” front trunk. It keeps the power-lift, four 120V AC outlets, and two USB ports. There’s a water-tight space that Ford says can store 400 pounds of cement bags, and a one-way drain valve for hosing it all down afterwards. 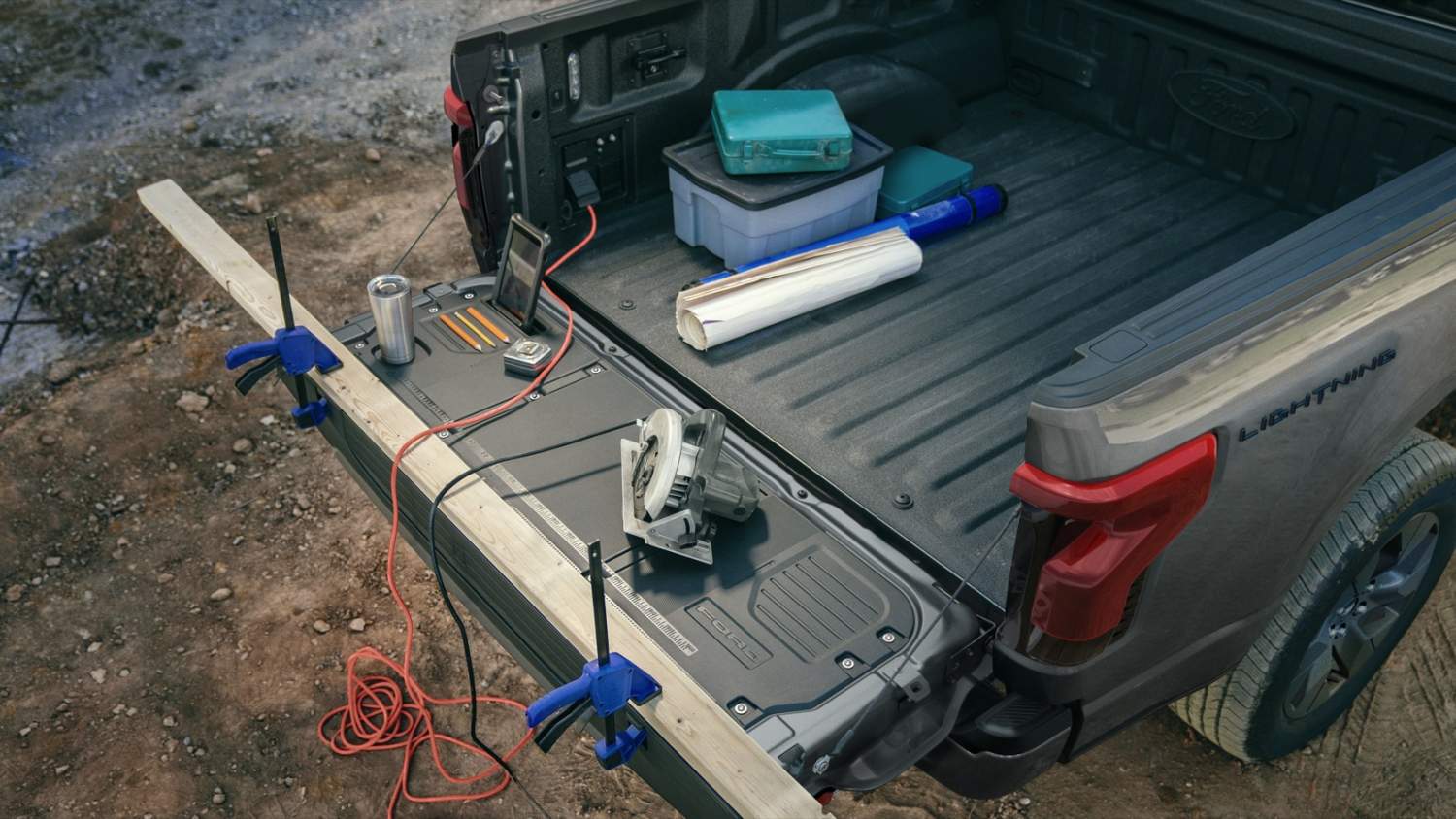 Pro Power Onboard includes 2.4 kW of power outlets as standard, including two 120V outlets in the cabin and two more in the bed. Upgrading to Pro Power Onboard 9.6 kW not only throws in more power output but an extra two 120V outlets and a 240V outlet in the bed. Fleet managers can set how much power is used by those outlets before the system shuts off, and it’ll automatically do the same if the battery drops to the sort of level where the F-150 Lightning couldn’t reach a charger on what range is left. 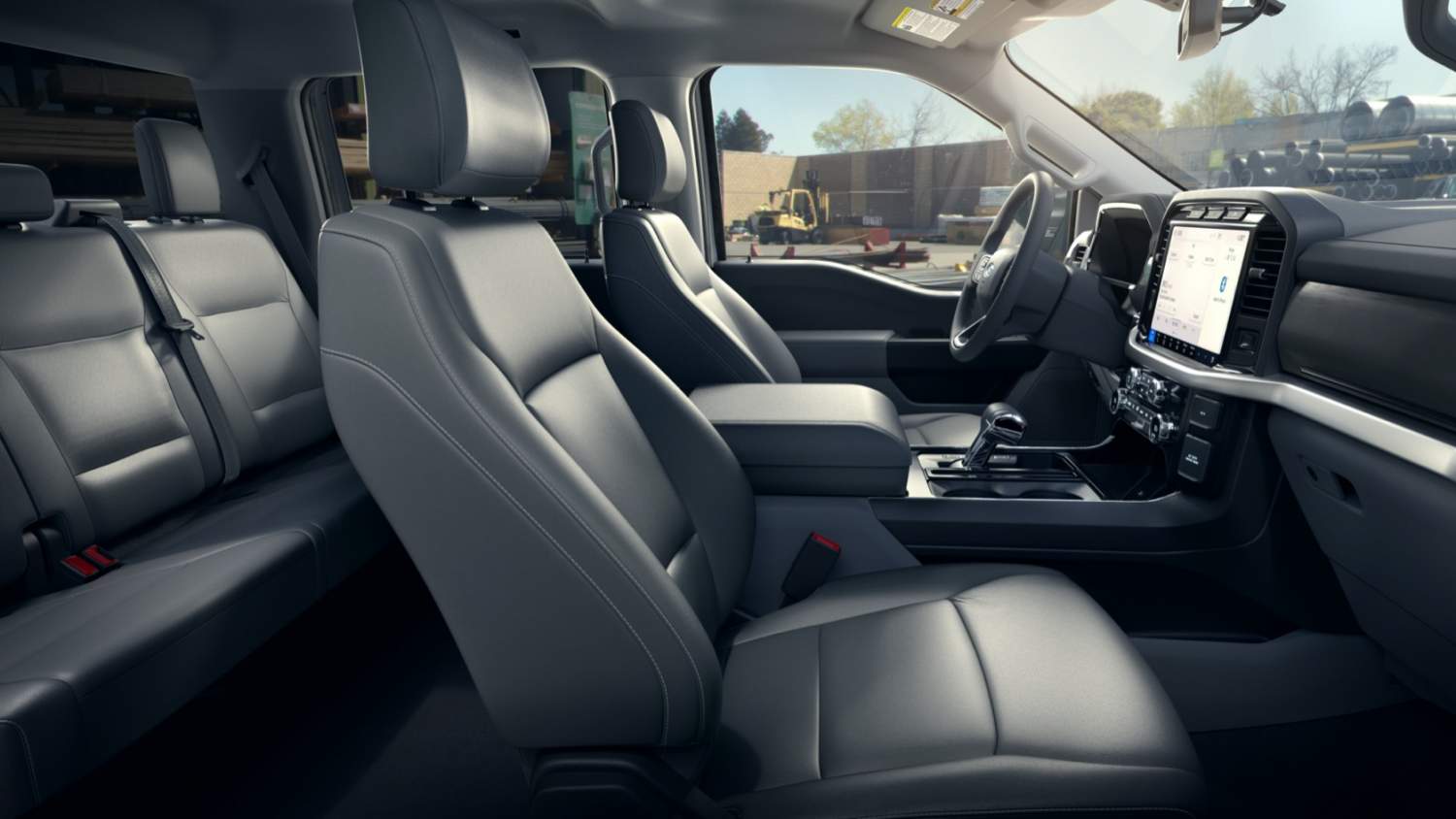 There’ll be one body configuration, regardless of range, with a SuperCrew cab for up to five, and a 5.5-foot bed plus a standard Class IV hitch. Inside, there’ll be vinyl seating, SYNC 4 on a 12-inch touchscreen – which takes into account terrain, weather, cargo and trailer load as it figures out remaining range – and Ford Co-Pilot360 2.0 advanced driver assistance features. Onboard Scales will be an option, to not only guide users on how much load they’ve added, but also to better shape range estimates too. 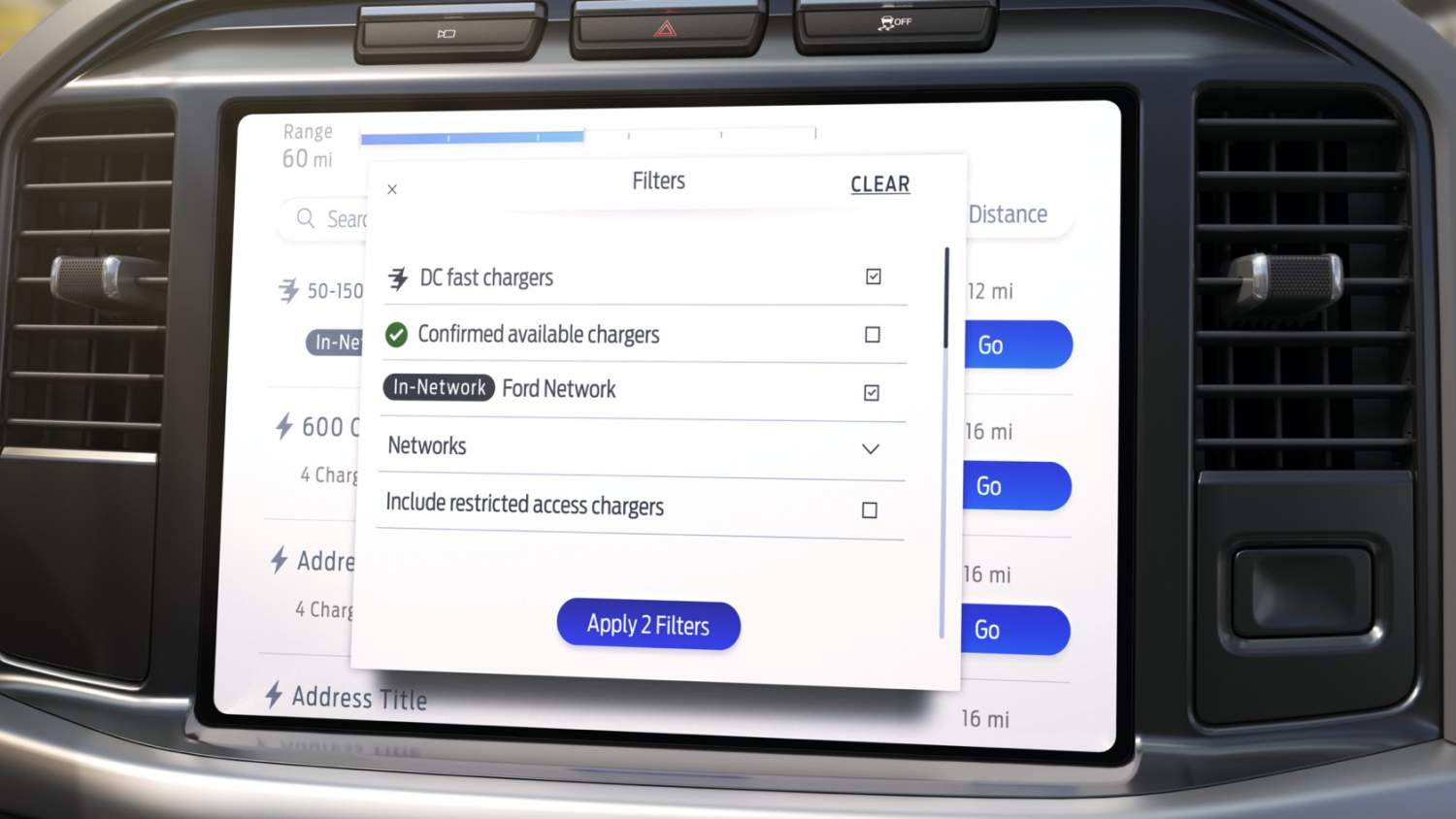 As for charging, there’s up to 150 kW DC fast charging support, which Ford says could take the F-150 Lightning from 15-percent to 80-percent in under 45 minutes. On a 32A Ford Mobile Charger the Standard Range truck takes 14 hours to go from 15-100 percent; the Extended Range version takes 8 hours for that on its included 80A charger.

Since it’s a connected truck, fleet operators will be able to remotely see vehicle health, status and range, plus reimburse home charging, pay for public charging, and send alerts such as work guidance. The Ford EV Telematics dashboard has been upgraded, to handle remote vehicle pre-conditioning and kilowatt-hour consumption tracking, among other things. Fleet operators will even be able to push in-cab coaching to drivers, to help them make the most of a charge. 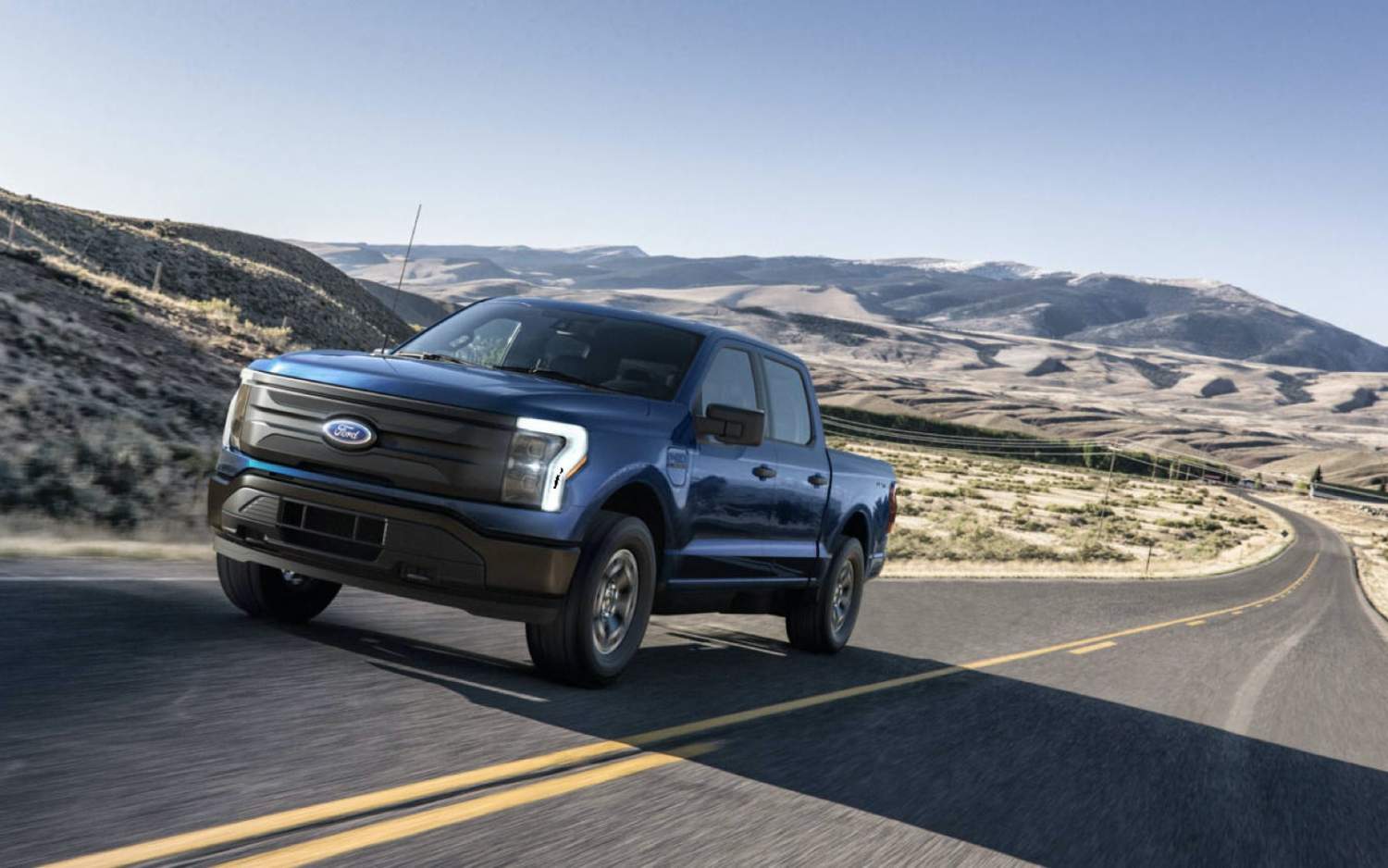 Ford is, unsurprisingly, pretty confident that it has the right recipe for work success with the 2022 F-150 Lightning. The electric pickup will join the E-Transit – Ford’s all-electric van – as part of its growing EV fleet next year.