Ford has dropped the starting price of its 2022 E-Transit all-electric van, even before the EV has made it to dealerships. Announced last November, and with order books expected to open in July 2021, the E-Transit looks at first glance like its longstanding gasoline counterpart, something Ford says is very intentional.

In fact, a lot about the 2022 E-Transit has been purposefully kept the same as the regular Transit, so as to minimize headaches for owners and fleets looking to upgrade to all-electric. The van itself will be built alongside the standard Transit at the Kansas City Assembly Plant in Claycomo, Missouri, and feature the same cargo dimensions and standard mounting points as the gas version.

The upfront sticker price for the E-Transit will be higher than for a gas Transit, Ford concedes, though by less than initially expected. The automaker now says the van will start at $43,295 for the cutaway, almost $2k less than Ford suggested late last year. The 2022 E-Transit Cargo Van with a low roof (83.6-inch) and regular wheelbase (130-inch) will start at $47,185, or $48,395 for the long wheelbase (148-inch) version. 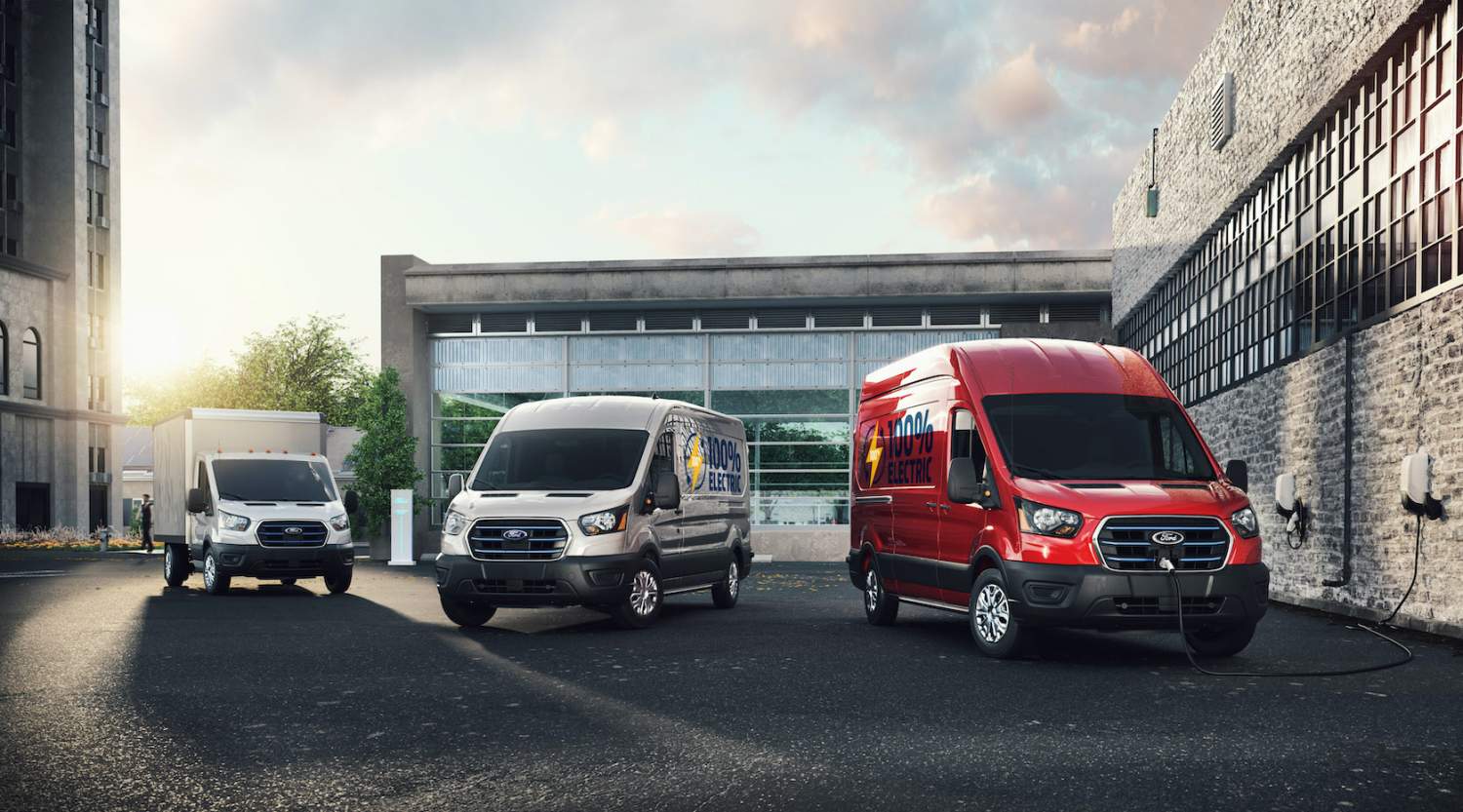 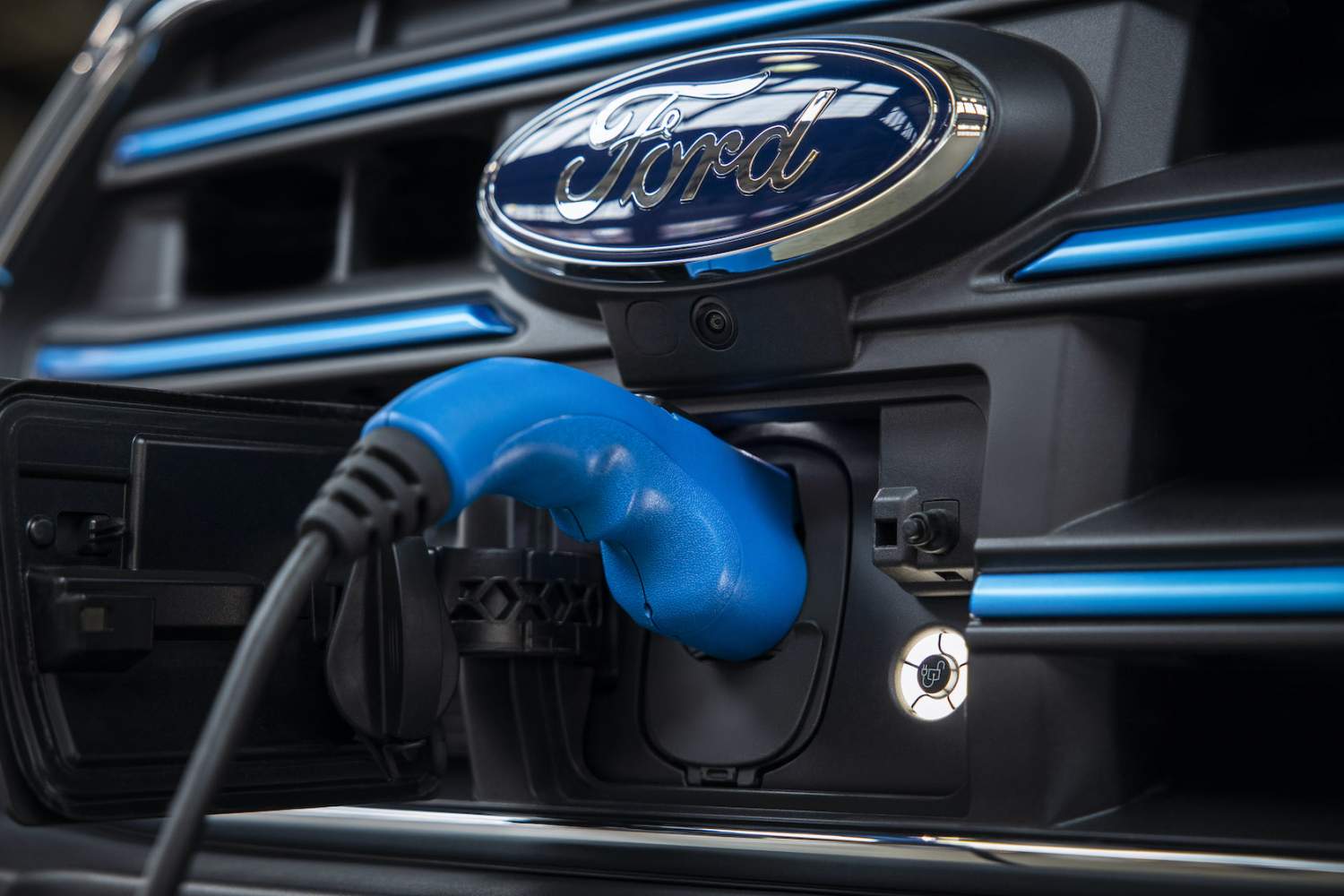 Range will run from 126 miles in the low roof E-Transit, through 116 miles for the medium roof version, to 108 miles for the high roof. Those may not sound like huge figures, given the state of play elsewhere in the EV space, but Ford says its research into urban van use suggests it’s ample for the sort of applications potential owners have in mind.

Those people and companies will have a chance to hand-raise their interest now, with a new website opening today. Ford says 450+ commercial customers in North America have already indicated they plan to add E-Transit to their fleets. Helping that decision is the promise of lower running costs, with Ford predicting 40-percent lower scheduled maintenance costs over eight years/100,000 miles versus a gas Transit. 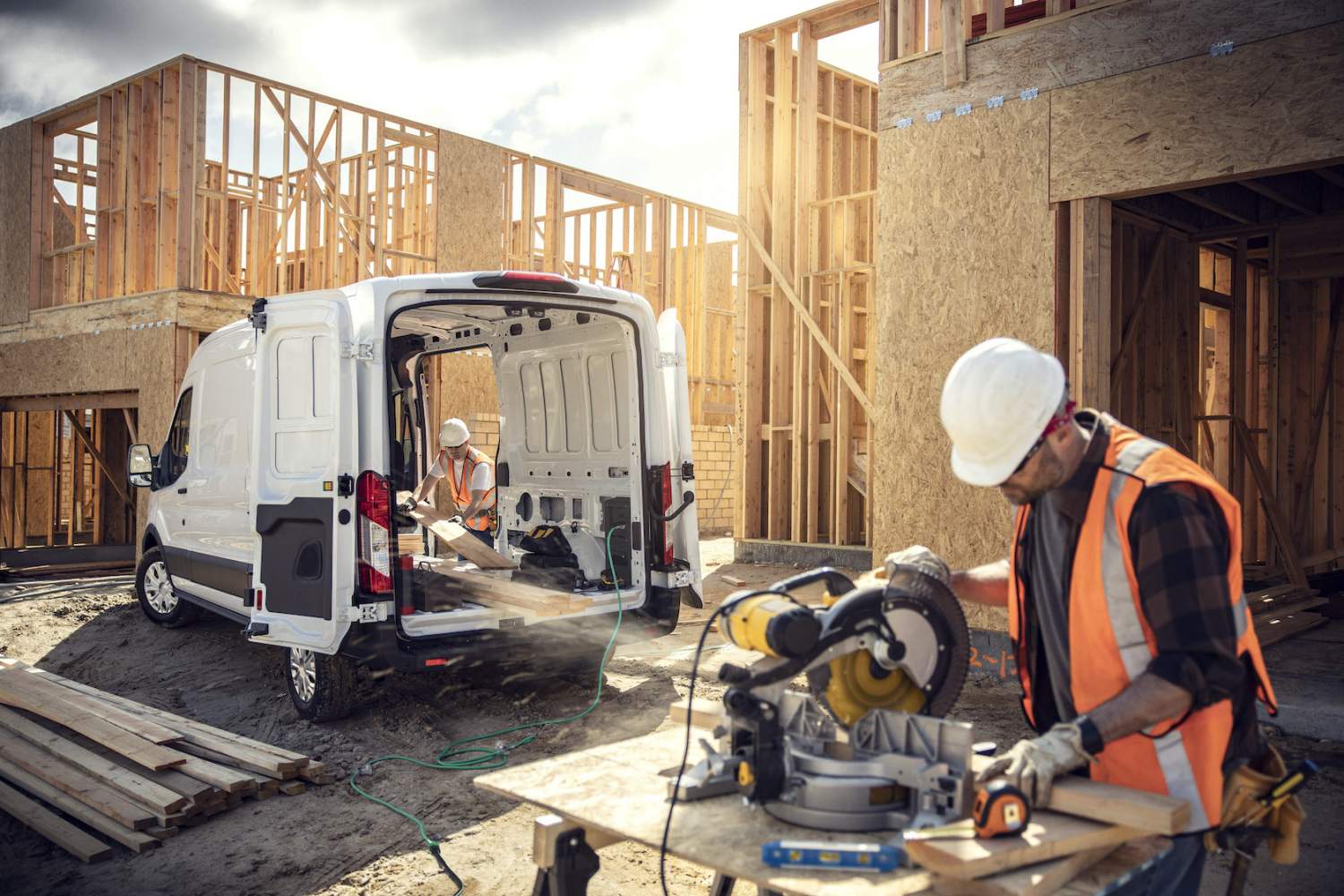 Meanwhile, some of the most popular features we’re seeing on the hybrid F-150 will be transitioning over to the E-Transit, too. Most notably, the Pro Power Onboard option will allow the electric van’s batteries to be used as a mobile generator, outputting up to 2.4 kilowatts for use on job sites or similar.

Ford says it plans to kick off a pilot program for some of its key customers this summer, with the E-Transit getting a broader release toward the end of 2021.