The luscious 1967 Shelby Mustang you’re seeing here is equipped with a full carbon-fiber body. It’s the world’s first Mustang to have so, and it’s a sight to behold. Created exclusively by Classic Recreations and the SpeedKore Performance Group, this carbon fiber-bodied Shelby represents the future of restomods.

“Since 1998, Mr. Shelby believed that carbon fiber would be the future of American sports car manufacturing,” said Neil Cummings, Co-CEO of Carrol Shelby International. “The introduction of a carbon-fiber GT500 Mustang and Cobra is a natural step in the evolution of these iconic vehicles and builds on the legacy of the same innovation that Carroll Shelby was known for.” 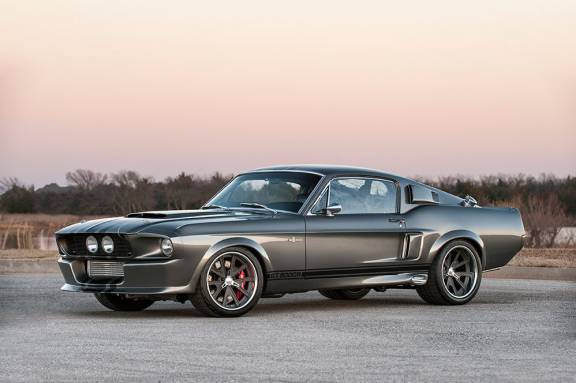 Classic Recreations is based in Yukon, Oklahoma, and has 15 years of experience in custom-fabricating high-performance vehicles. In fact, the company is the leading builder of officially-licensed Shelby Mustangs. Partnering with the SpeedKore Performance Group of Wisconsin, the two companies joined forces in creating the world’s first vintage Mustang with a carbon-fiber body.

“Classic Recreations has consistently been a loyal and innovative partner and licensee for Shelby,” said Joe Conway, Co-CEO of Carroll Shelby International. “We’re excited to see what the future holds for this program.” 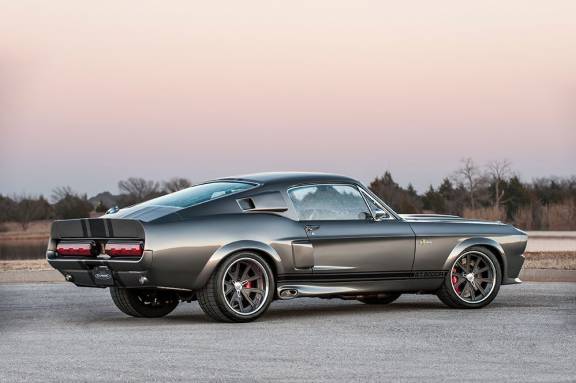 It all starts with an original 1967 or 1968 Mustang body. The steel tub is restored and fitted with aerospace-grade carbon-fiber body panels created using 3D digital renderings of the original. According to Classic Recreations, the GT500CR has a perfect carbon-fiber weave alignment. Each Shelby Mustang is handmade to perfection.

But it’s not just about having a lighter and stronger body. This Shelby Mustang may have a retro-styled carbon body, but underneath the skin lies the beating heart of a true American champion. The GT500CR can be fitted with a variety of high-performance engines including a third-gen 5.0-liter Coyote V8 with 490 horsepower and a hand-built 427 cubic-inch motor with 900 horsepower. 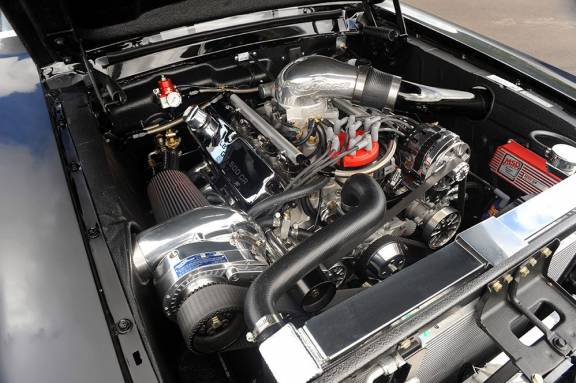 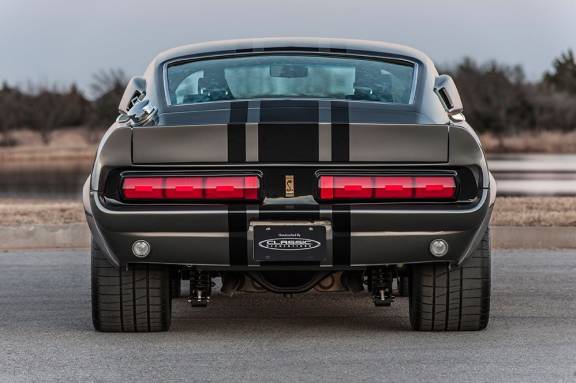 Classic Recreations failed to disclose pricing, but a Shelby GT500CR 900S with a standard steel body starts at around $284,900. And yes, there’s also an all carbon-fiber Shelby Cobra in the works.